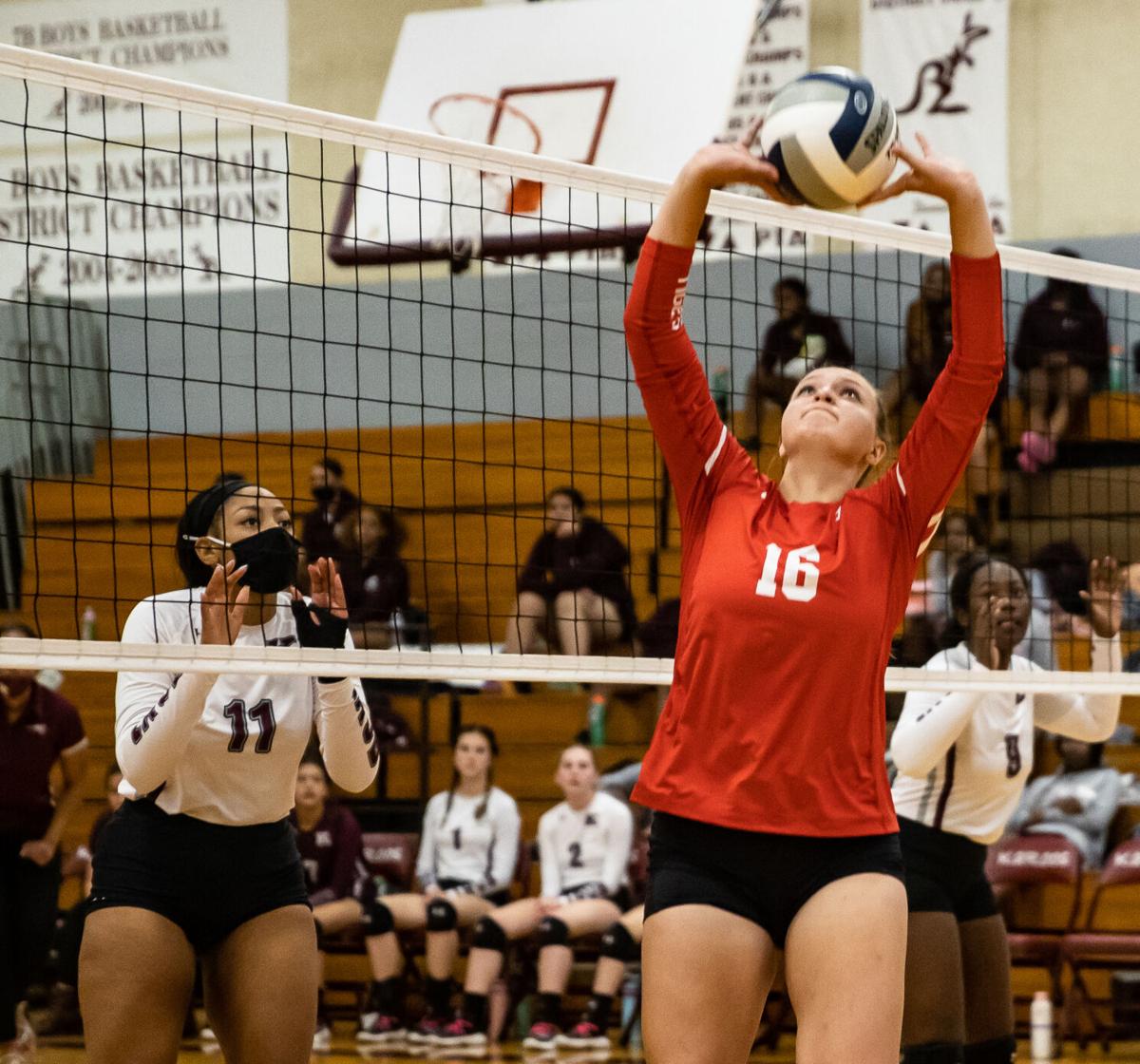 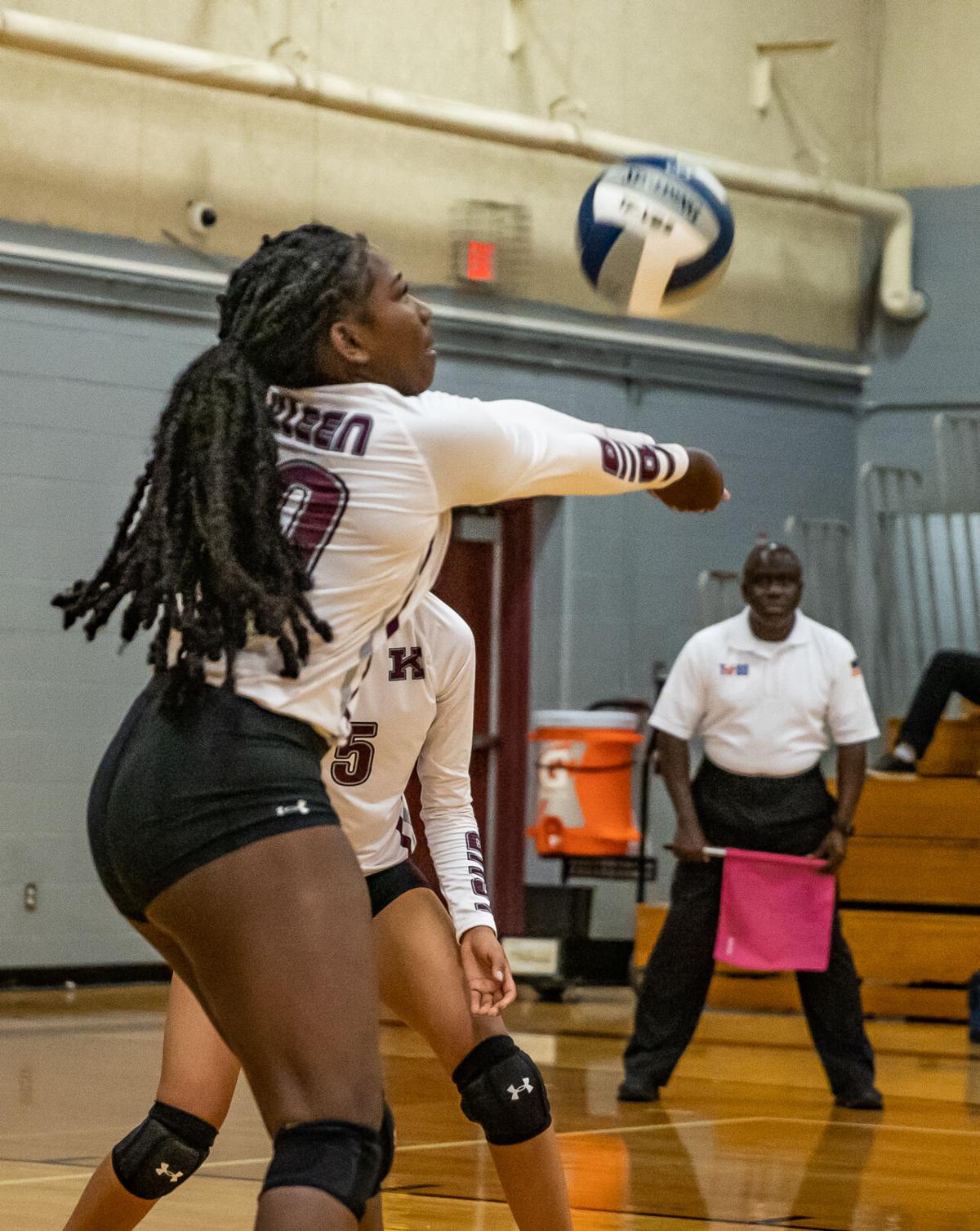 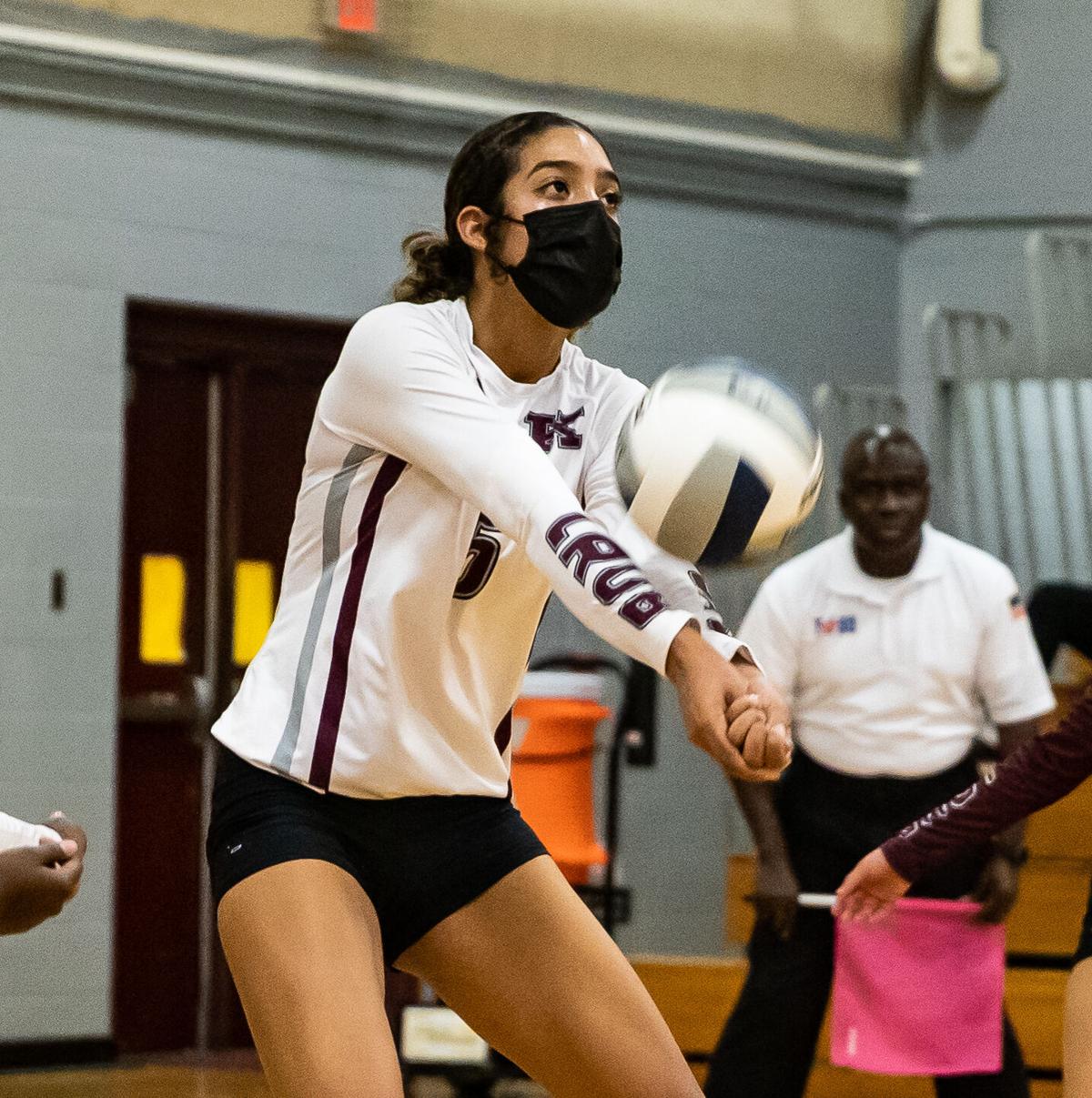 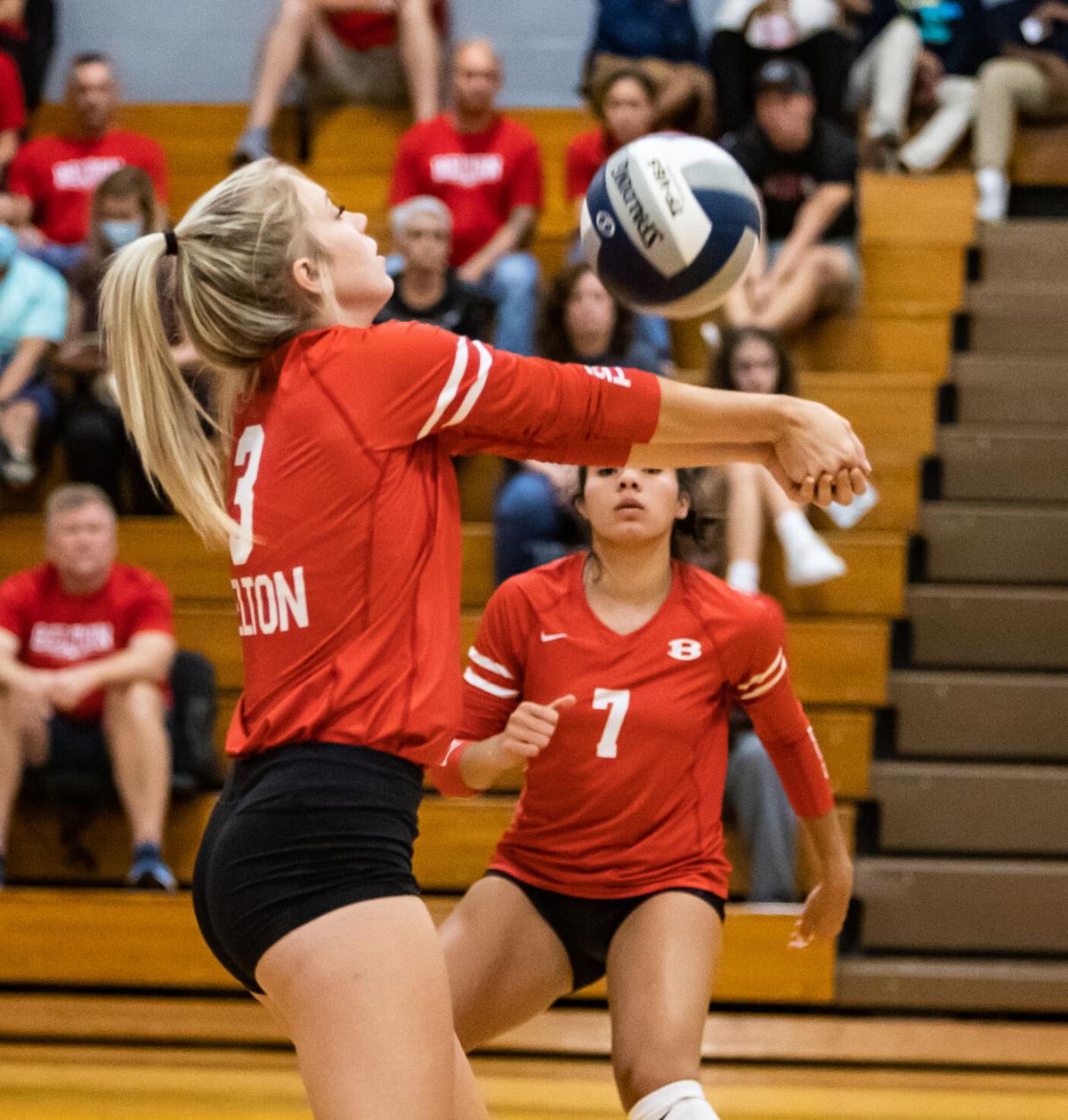 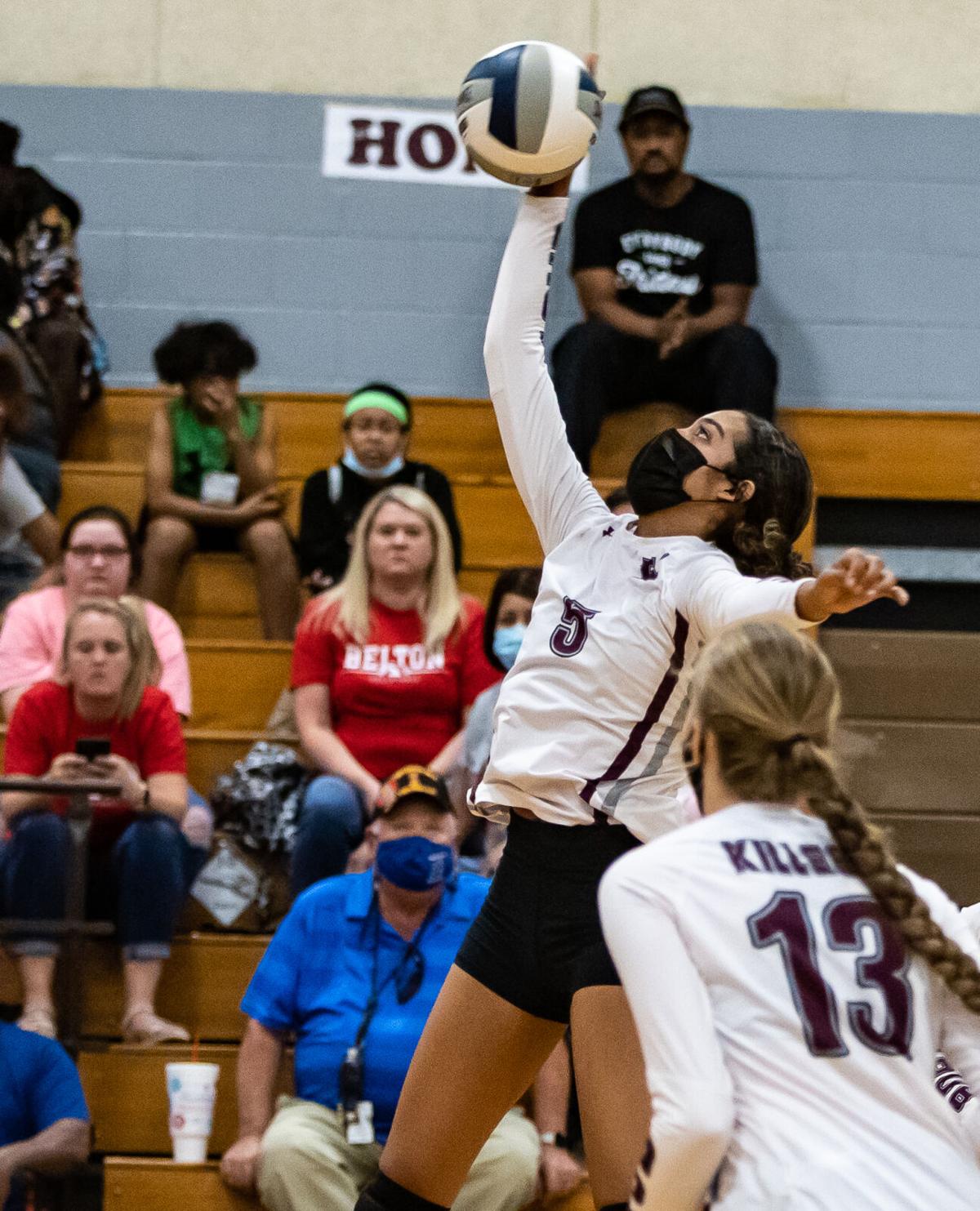 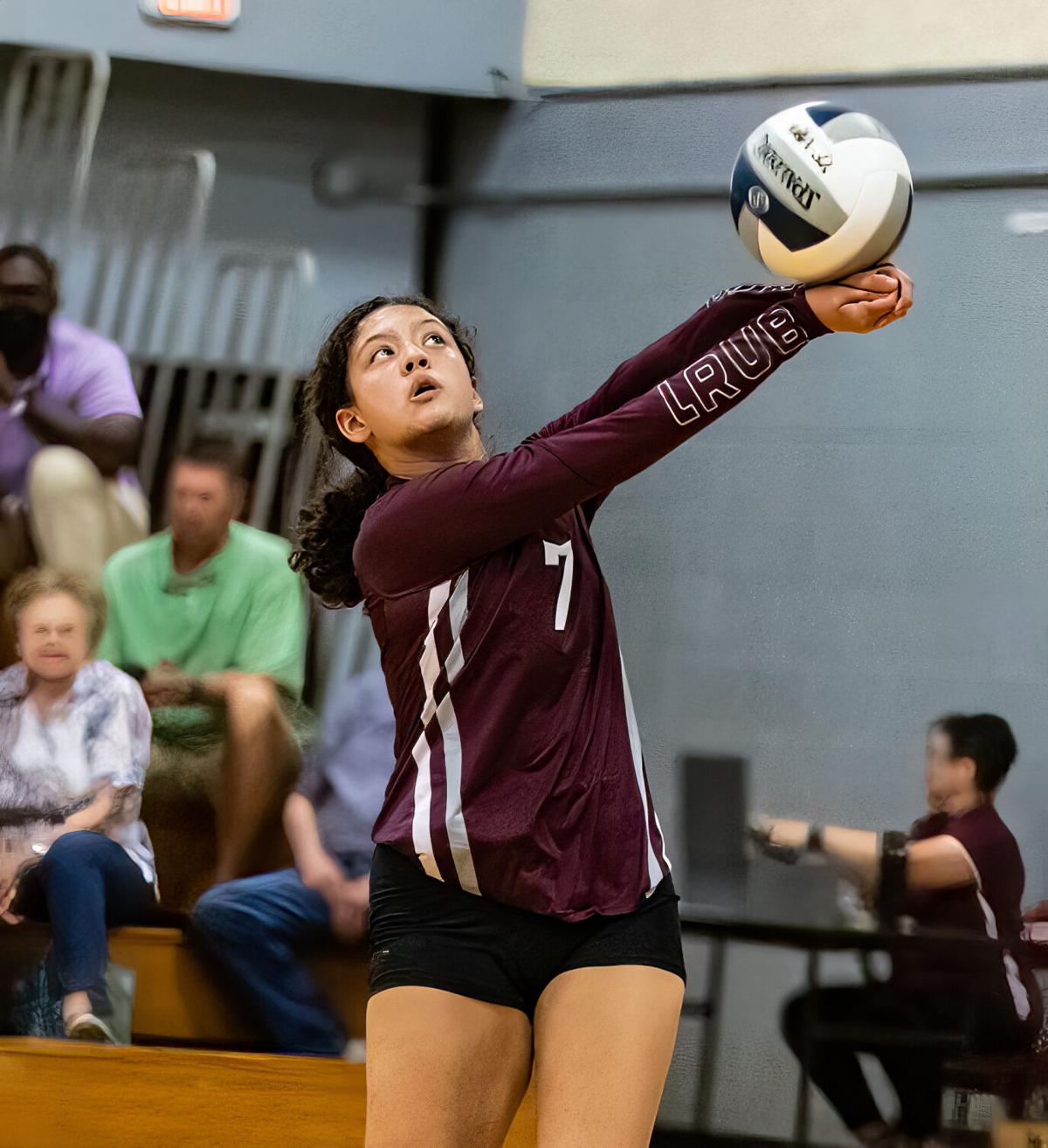 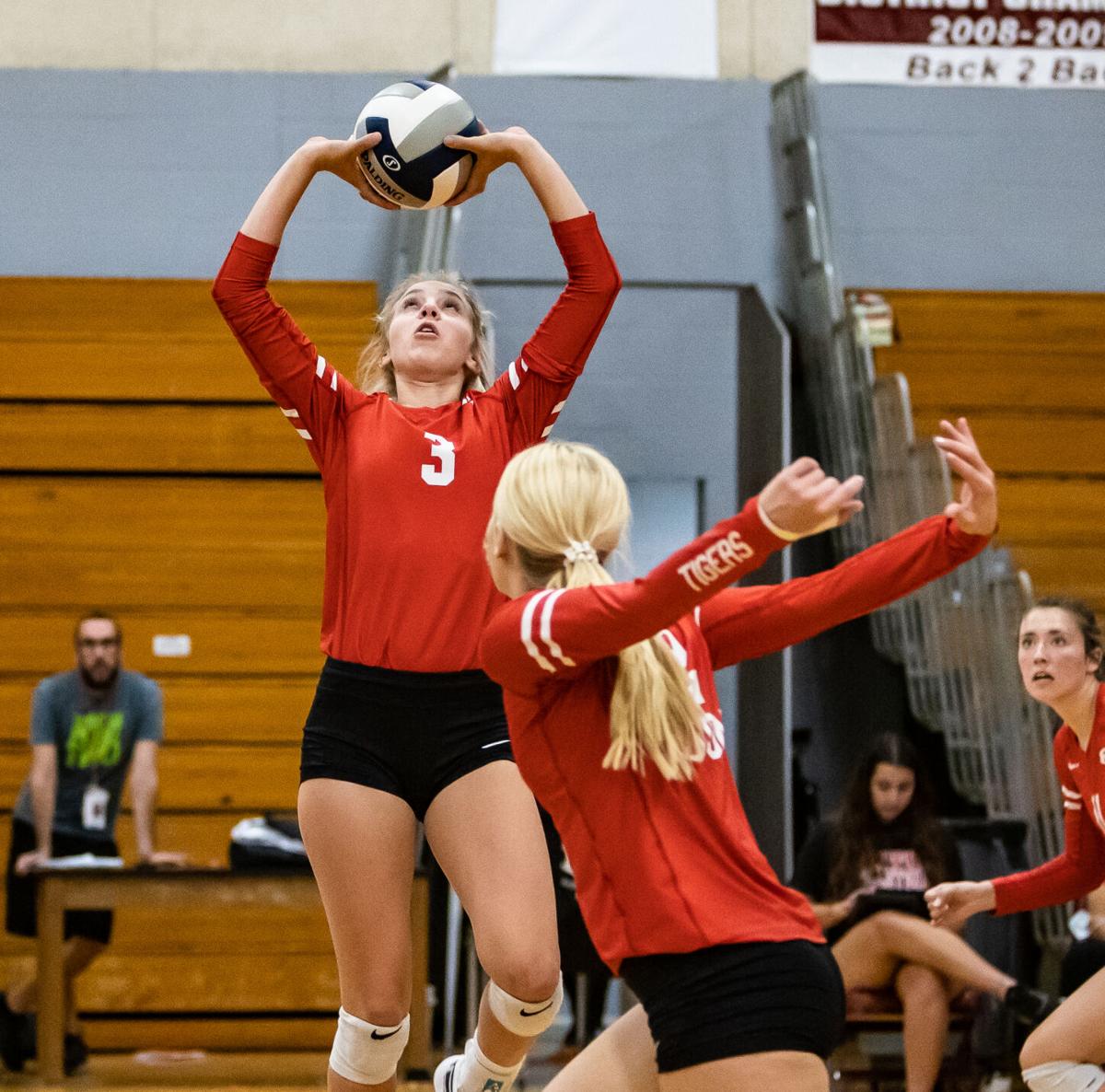 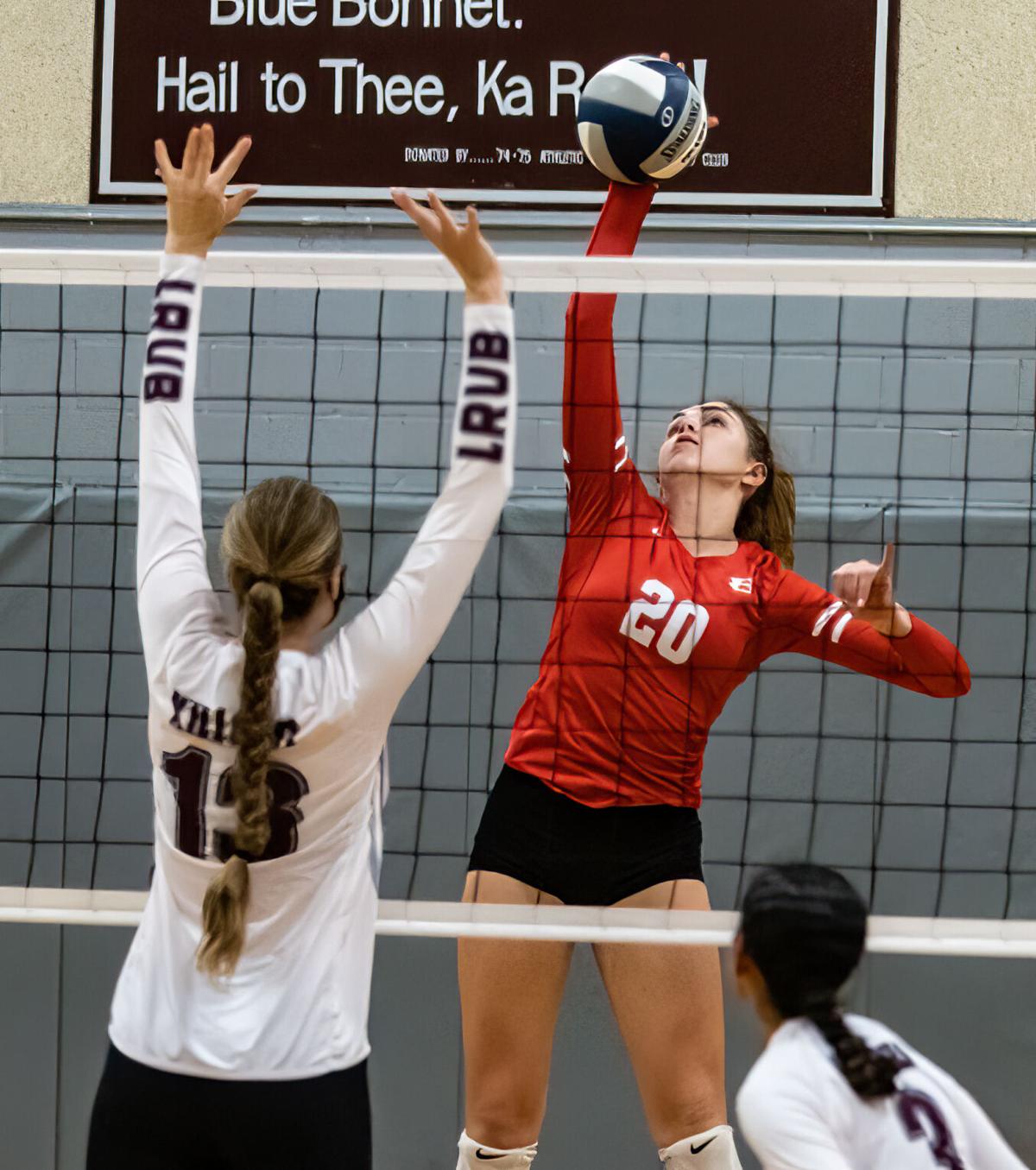 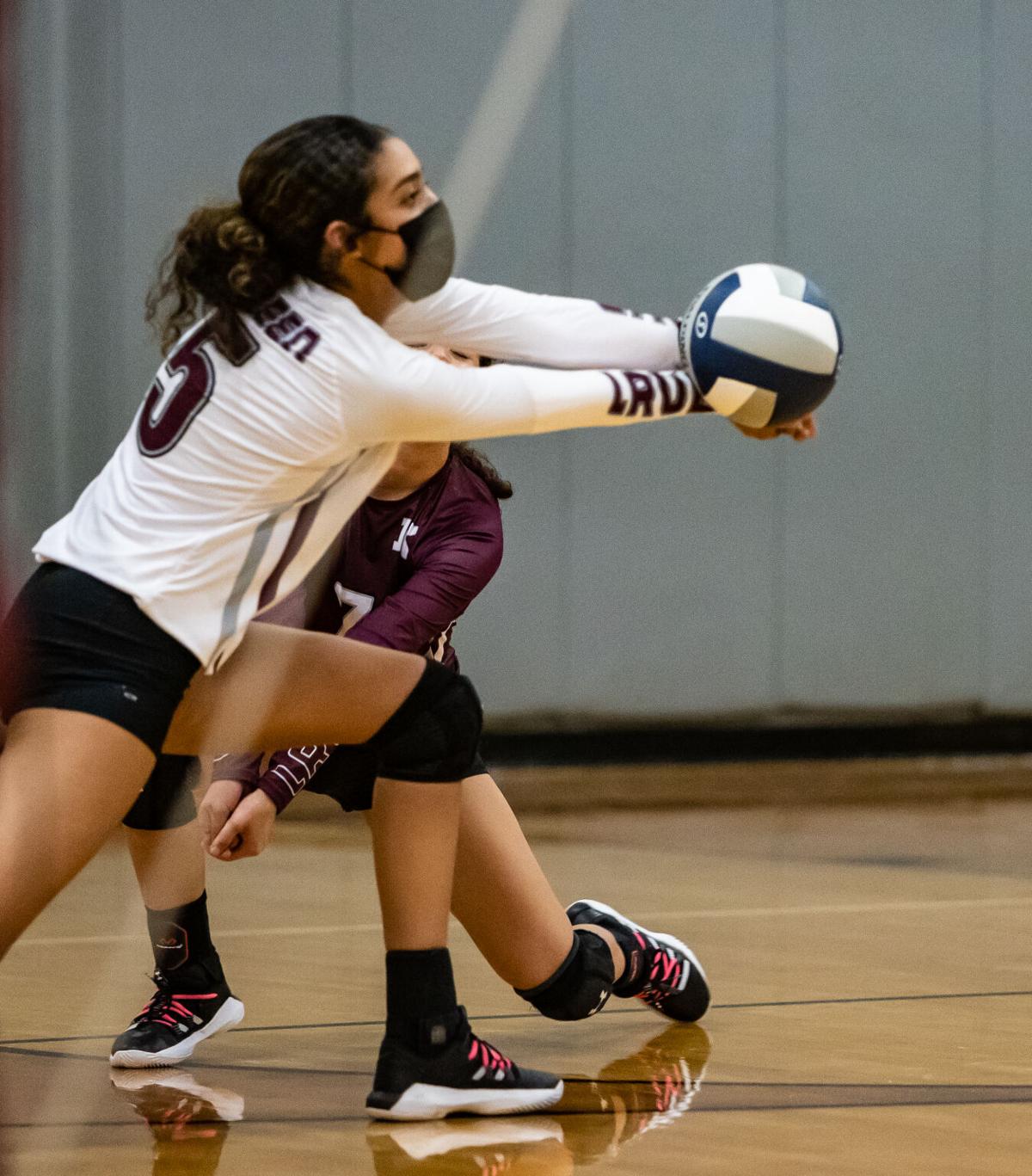 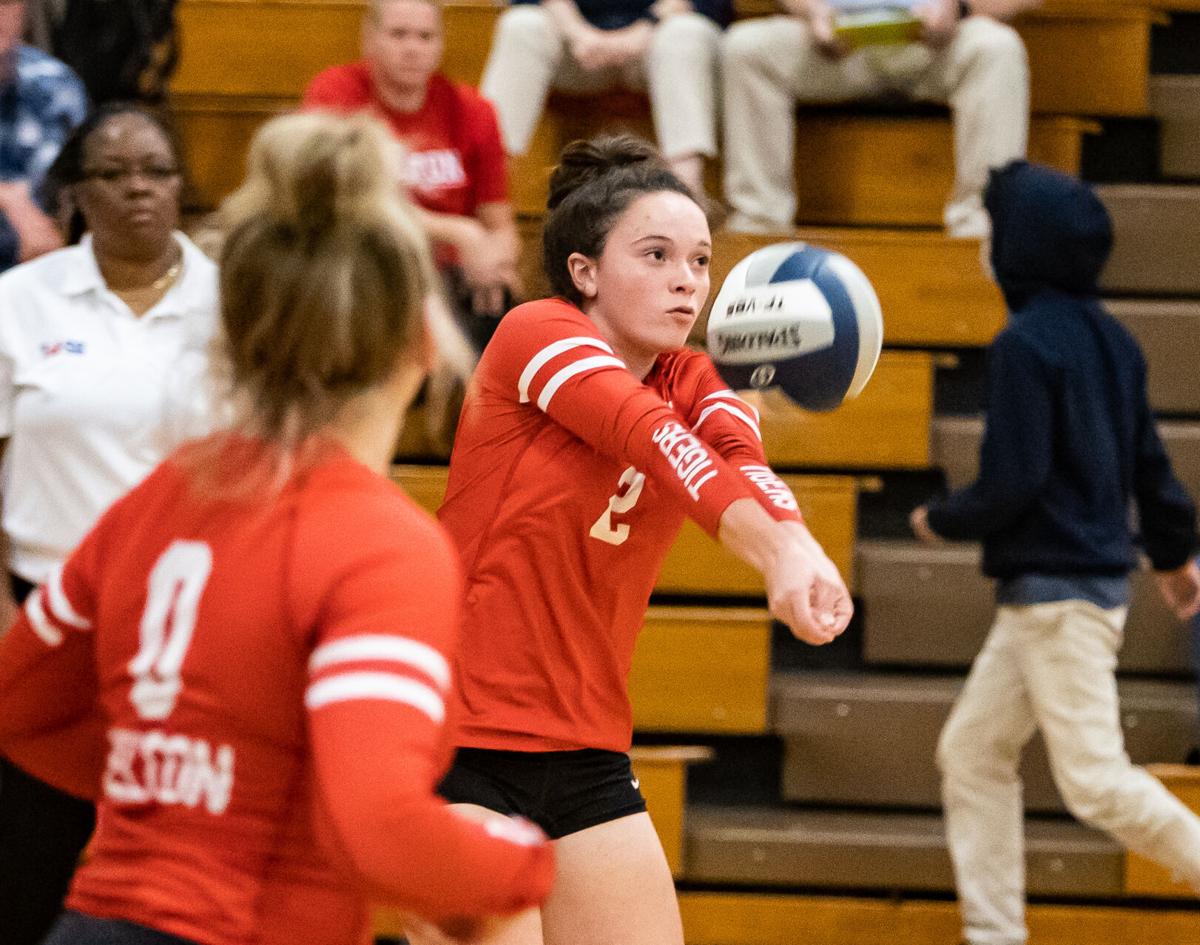 Entering the second half of District 12-6A play, first-place Belton resided six spots ahead of Killeen in the standings after winning 13 of its previous 16 matches, while the Lady Kangaroos’ lone district victory came against winless Shoemaker.

But the records did not matter.

In the district opener, Killeen earned a third-set win to spoil a potential sweep for Belton, and going back to last season, the Lady Kangaroos, who finished with just four district wins, defeated the Lady Tigers in five sets.

The teams clashed again Tuesday, and while Belton emerged with a straight-set victory, it was forced to rally from a four-point deficit late in the third set to secure a 25-18, 25-10, 28-26 win.

Although it was not easy, it was exactly what the Lady Tigers’ head coach expected.

“We already knew that Killeen is a team that won’t give up,” Yerigan said, “and we have to give them kudos for how they fought tonight, but we knew who they were coming into tonight.

“They almost stole that last set, but we found a way to hold on.”

Playing at Rancier Middle School after last week’s heavy rainfall caused massive flood damage to the gymnasium floors at Killeen High School, Belton appeared poised to cruise to victory with a 17-12 advantage in the third set, but the Lady Kangaroos, who fell to 1-7 in district, refused to concede.

Killeen responded by recording nine consecutive points to take a 21-17 lead, maintaining the four-point cushion at 23-19, but the margin immediately shrank as McKenzie Mansell set up Emily Revis for a kill, sparking a five-point outburst for the Lady Tigers.

The teams found themselves tied at 24-24, 25-25 and 26-26 before Belton junior outside hitter Makaelyn Perez’s kill and ensuing ace clinched the win.

While the outcome was disappointing, the effort was not, according to Killeen head coach Crystal Partlow.

“We are playing in a random gym,” she said. “We are currently practicing at the community center with one net for all three of our teams, and I’m not trying to make excuses, but that is a lot to deal with.

“Despite it all, we were hanging with Belton at times, and I’m very proud of that fact, but we just need to get over the hump.”

Neither team could create much separation in the first set, trading points until Revis’ kill triggered a 4-0 run to open a 12-7 lead. Belton’s gap widened to 20-13 before Killeen senior setter Yazmin Villasana set up junior Julia Jurewicz for a kill responsible for beginning a 5-1 run.

But it was not enough.

The Lady Tigers (19-14, 7-1) posted the final four points of the set and carried the momentum into the second set, scoring 12 of the first 15 points before closing with a 9-1 surge.

The third set was also a back-and-forth affair until Belton’s 5-1 run created a 17-12 score, setting the stage for Killeen’s comeback attempt.

“We’ve had the same struggles all season,” Partlow said, “but I am proud at how much better these girls have become, because there was a time when we couldn’t even return a serve.

“Now, we are playing matches out and having sparks of greatness, but it just comes back to the mental aspect of the game for us.”

Situated in a tie with Bryan for first place in the district standings, the Lady Tigers will look to continue their strong start Friday, when they travel to play Harker Heights. The defending district champion Lady Knights fell to 3-5 after losing in four sets to Bryan on Tuesday.

“Harker Heights is always very disciplined and prepared,” Yerigan said, “so we really have to work on running our offense in a more fluid way.

“We know they are going to give us a good game, so we go into that game with the same mindset we’ve had.”

Whatever could go right did go right for Harker Heights on Friday night at Leo Buckley Stadium. And that spelled bad news for Belton.