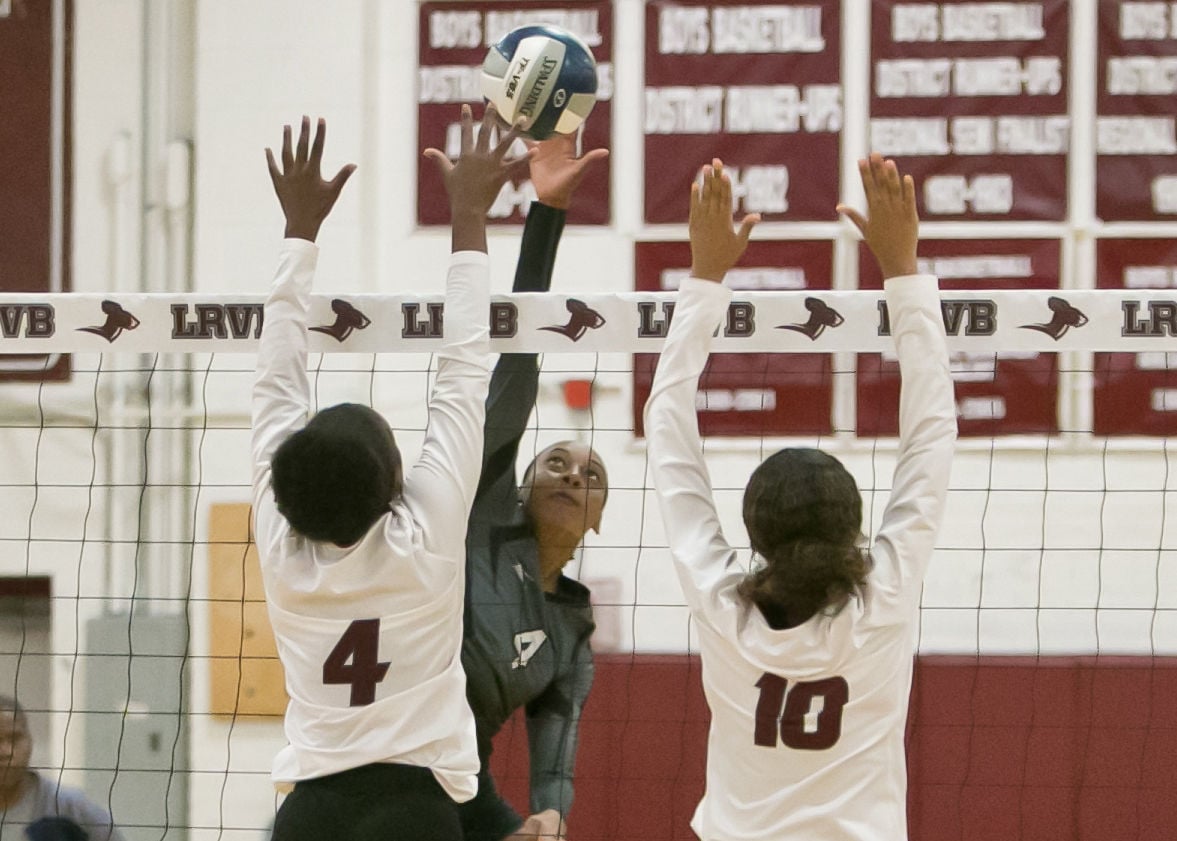 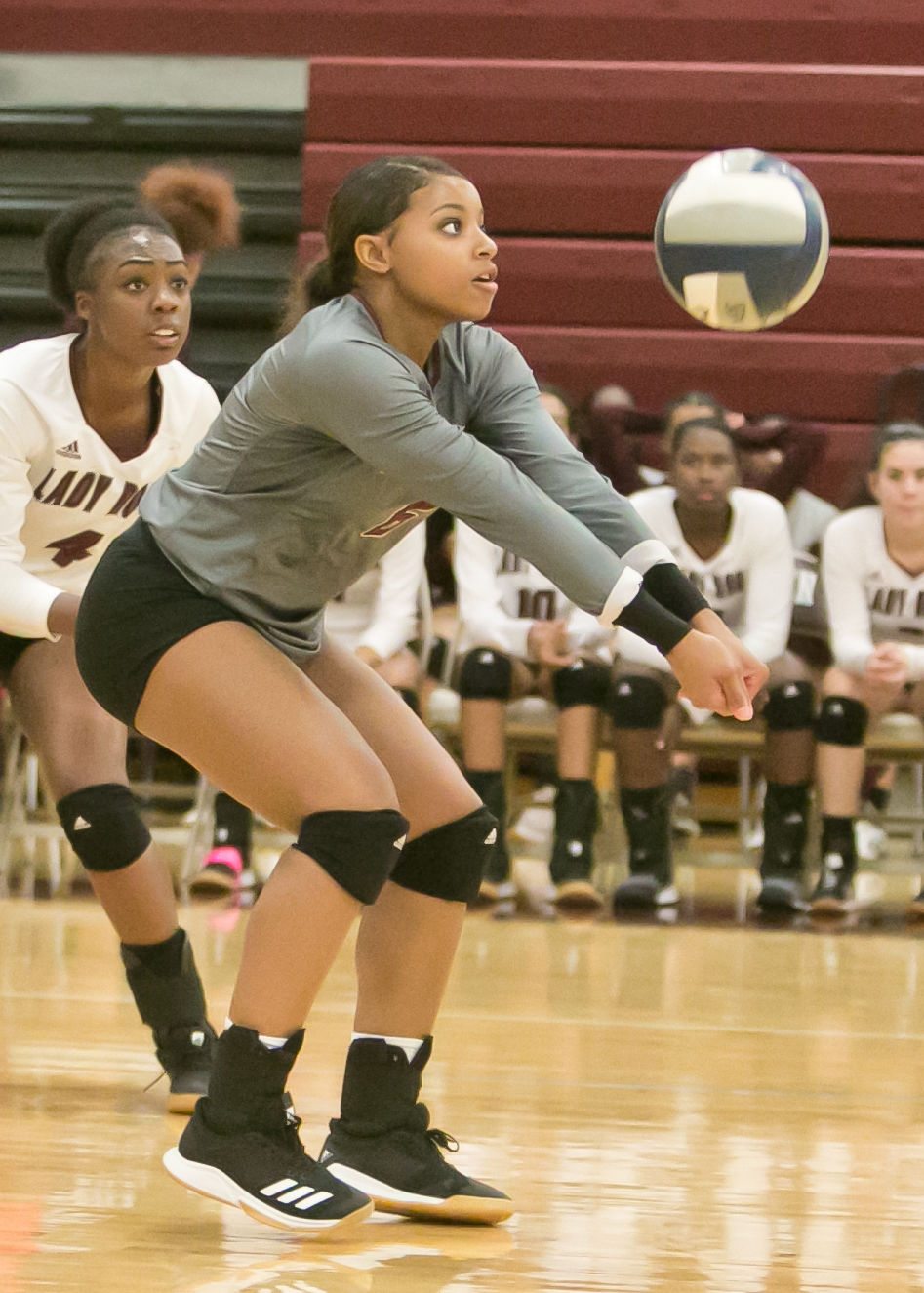 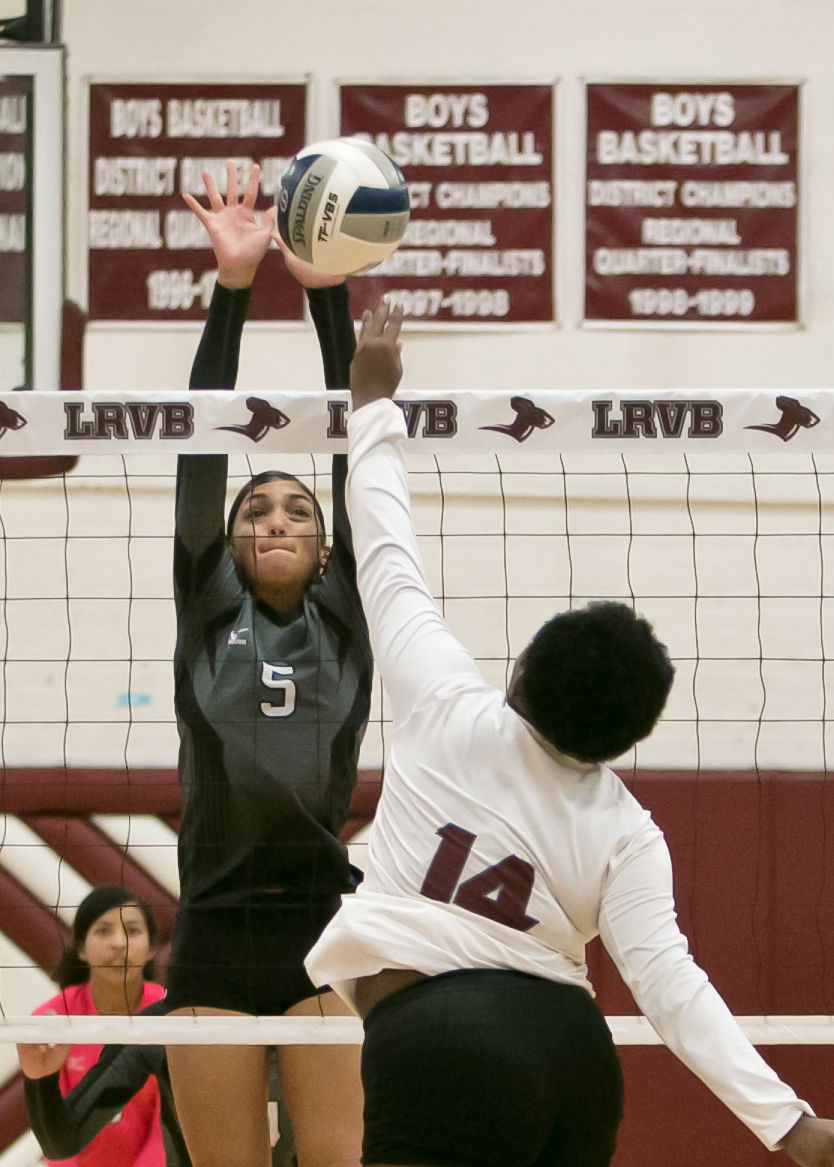 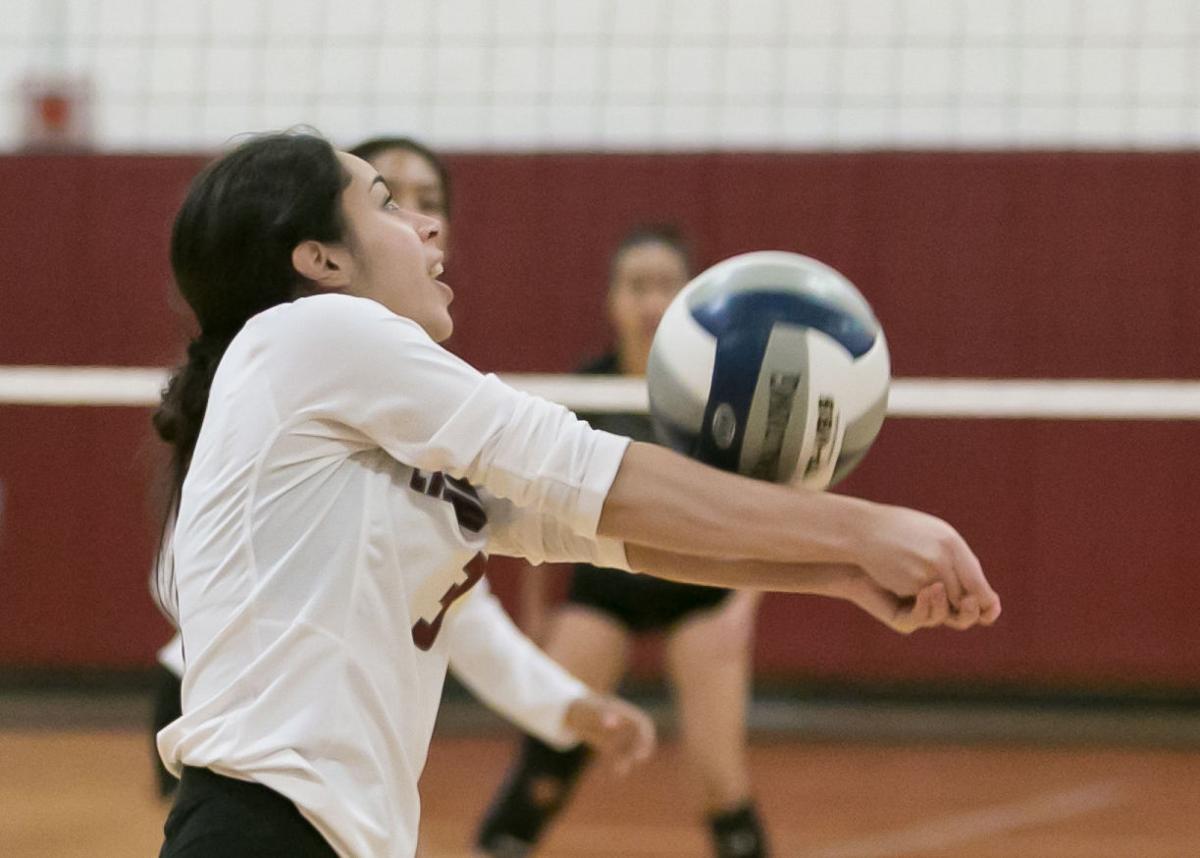 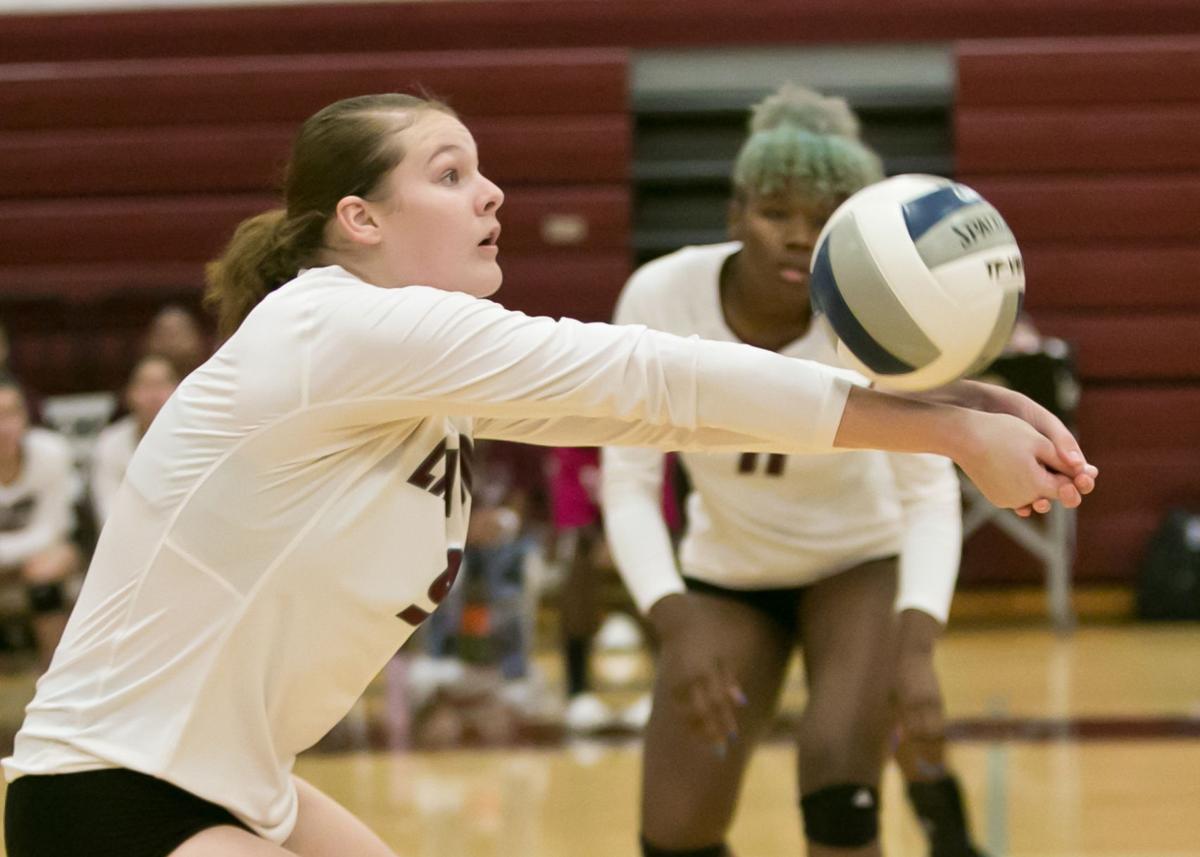 Killeen's Rhepsey Wyman (9) save the ball against on Shoemaker at Killeen High School. 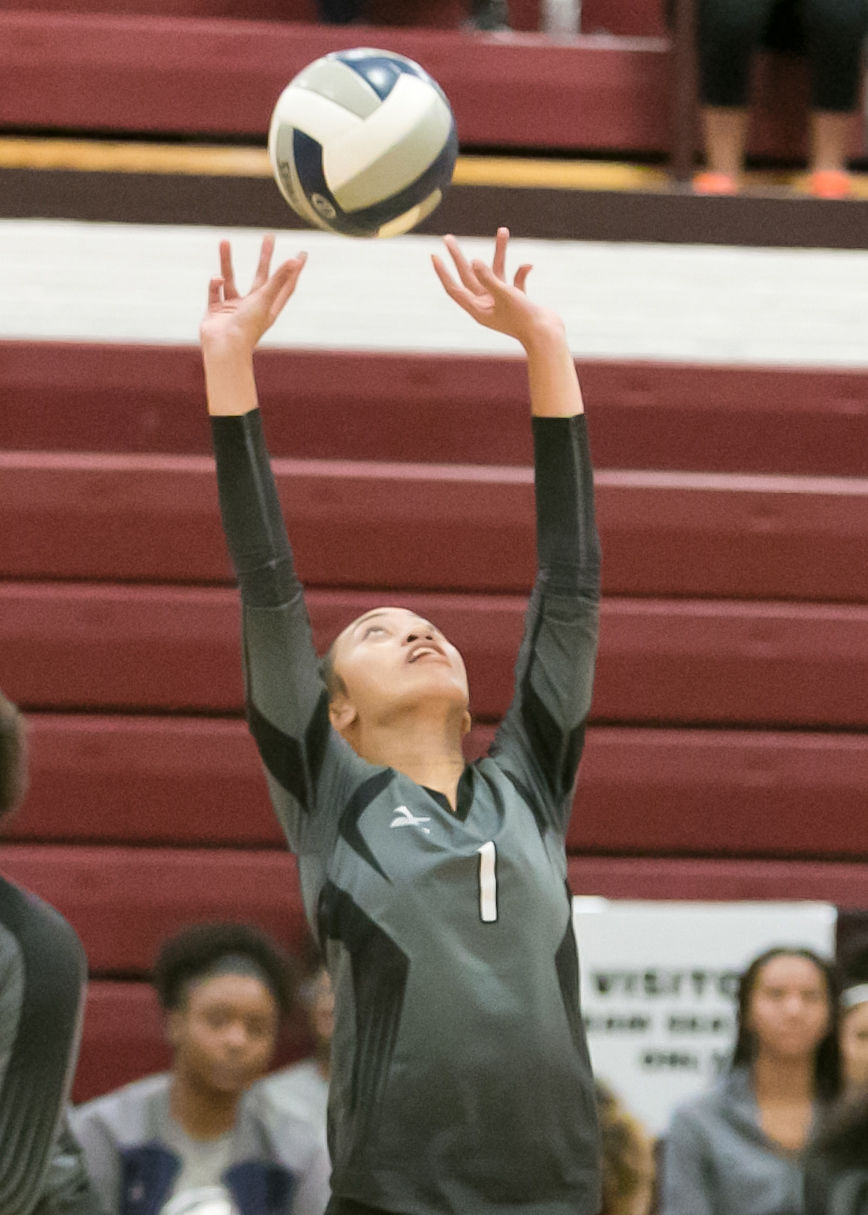 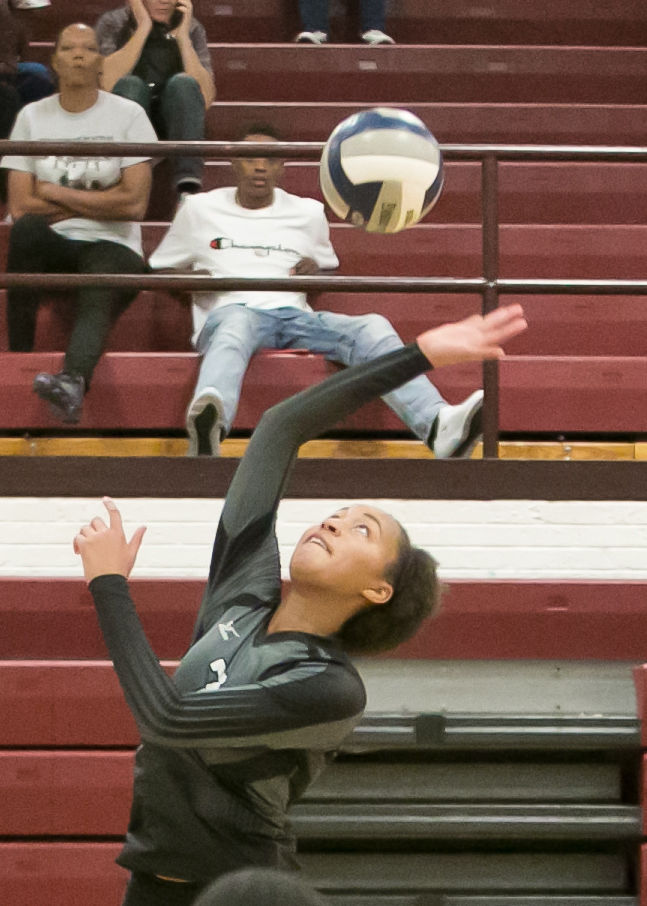 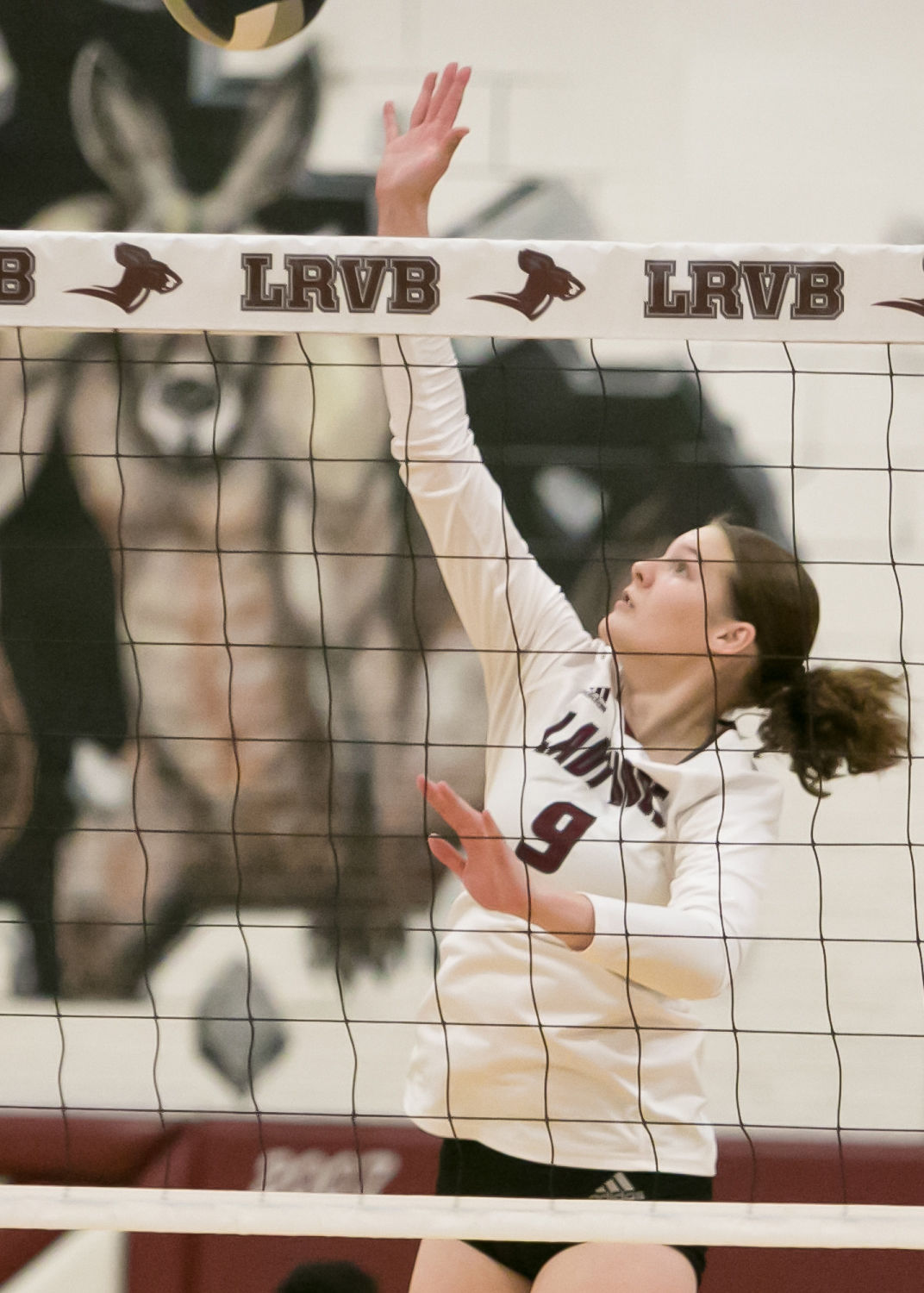 Killeen's Rhepsey Wyman (9) plays the ball against on Shoemaker at Killeen High School. 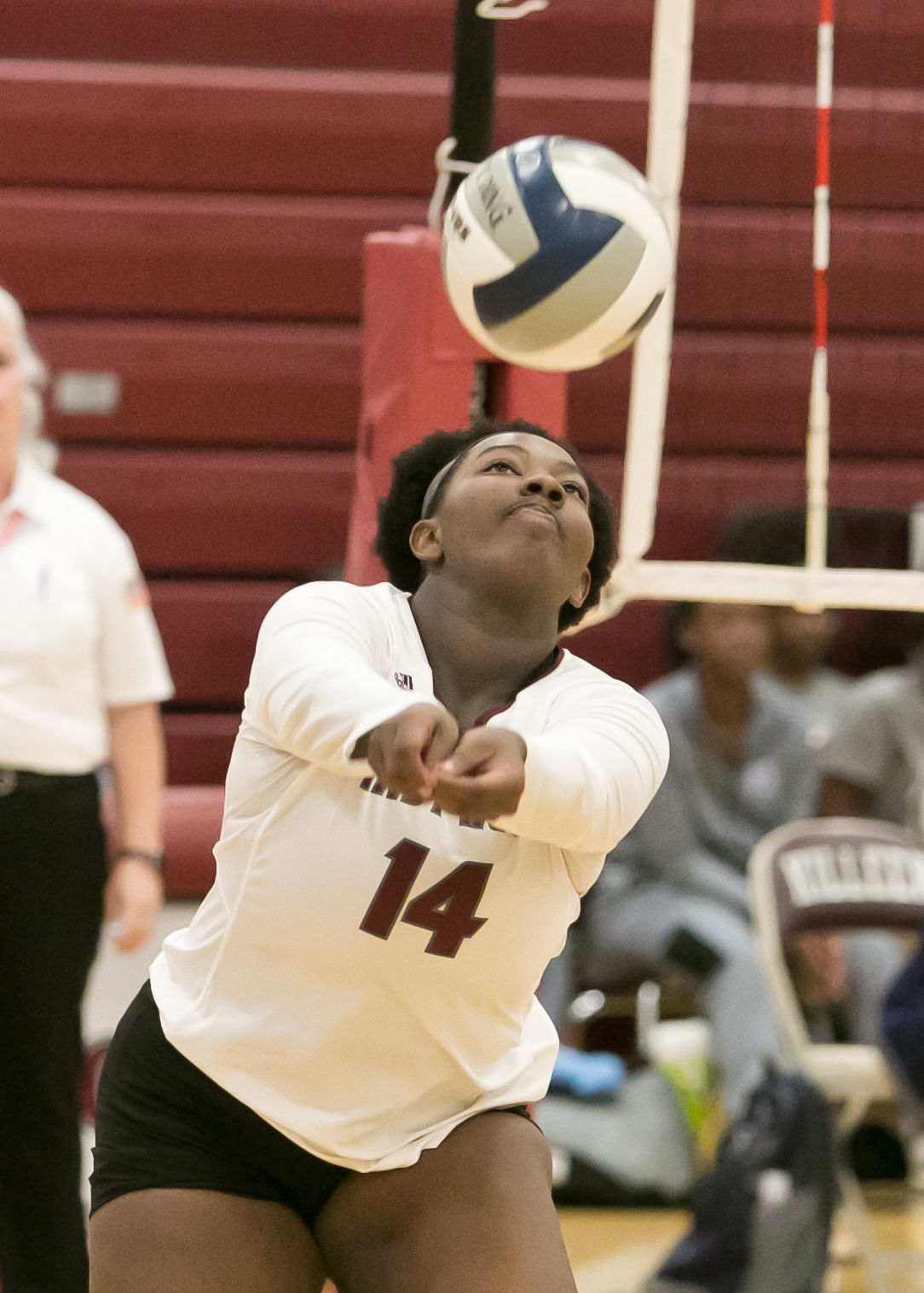 Killeen's Shaniya Moore (14) save the ball against on Shoemaker at Killeen High School.

Killeen's Rhepsey Wyman (9) save the ball against on Shoemaker at Killeen High School.

Killeen's Rhepsey Wyman (9) plays the ball against on Shoemaker at Killeen High School.

Killeen's Shaniya Moore (14) save the ball against on Shoemaker at Killeen High School.

The victory lifted Shoemaker to an even 5-5 record in district play. Killeen fell to 1-9 in the district.

Shoemaker head coach Merdith Shaw-Moore said the key to the sweep was “staying consistent and trusting the process.”

In the first set, with the action going back-and-forth, Shaw-Moore called a timeout.

“In my opinion,” she said, “we weren’t playing fast enough.

“I told them, ‘On any given night, anybody can beat anybody in this district.’”

After the timeout, the Lady Grey Wolves scored five consecutive points to take an 11-7 advantage. They never looked back and controlled the match the rest of the way.

The Lady Roos were unable to sustain a rally and were regularly committing unforced errors.

The most points Killeen scored consecutively was three, and it was a feat the Lady Roos achieved four times — once in the first set and three times in the third set.

Shaw-Moore said she respects Killeen and the intensity with which its Lady Roos head coach Crystal Bennett coaches her players.

“When you play against a team with nothing to lose, it’s very dangerous,” Shaw-Moore said.

Lady Grey Wolves recording kills were Tyra Williams with 18, Emi’Jah Spencer with nine, Veronica Myles and Hivana Cotto with three, and Nathalynn Nanai and Nayeli Foreman-Ortiz with one apiece.

The block leader for Shoemaker was Myles with two. Spencer, Shamia Grandison and Angelys Rivera-Cosme had one each.

Nanai led the way with 31 assists for Shoemaker.

Every Shoemaker player recorded a dig. Spencer was the team leader with 21. Foreman-Ortiz was a close second with 20. Williams recorded 17 digs. Nora Amiatunanai finished with 15 digs. Cotto and Nanai each had nine digs. Myles finished with four, Grandison had two and Rivera-Cosme had one.

Four Shoemaker players scored aces against Killeen. Nanai led the team with three, Spencer had two, and Williams and Cotto each had one.

The only player with successful blocks for Killeen was Mills with two.

Wyman had one assist.

Seven Lady Roos successfully recorded digs. Mecaela Modacure led the way with 10 followed by Dasani Vaughters with eight, Maugaotega with six, Arion Garcia with three, Wyman and Danette Ortiz Alvarez with two each, and Laneisha Lott with one.

Ace leaders for Killeen were Modacure and Mills with one each.

Shoemaker travels to Midway at 6:30 p.m. Tuesday to take on the district leader, while Killeen will play Friday at 5:30 p.m. at Temple.

With 2 stars out, Roos no match for powerful Temple

TEMPLE - The arrival of cool, blustery, misty weather at Wildcat Stadium on Friday night did nothing to cool off senior quarterback Vance Will…