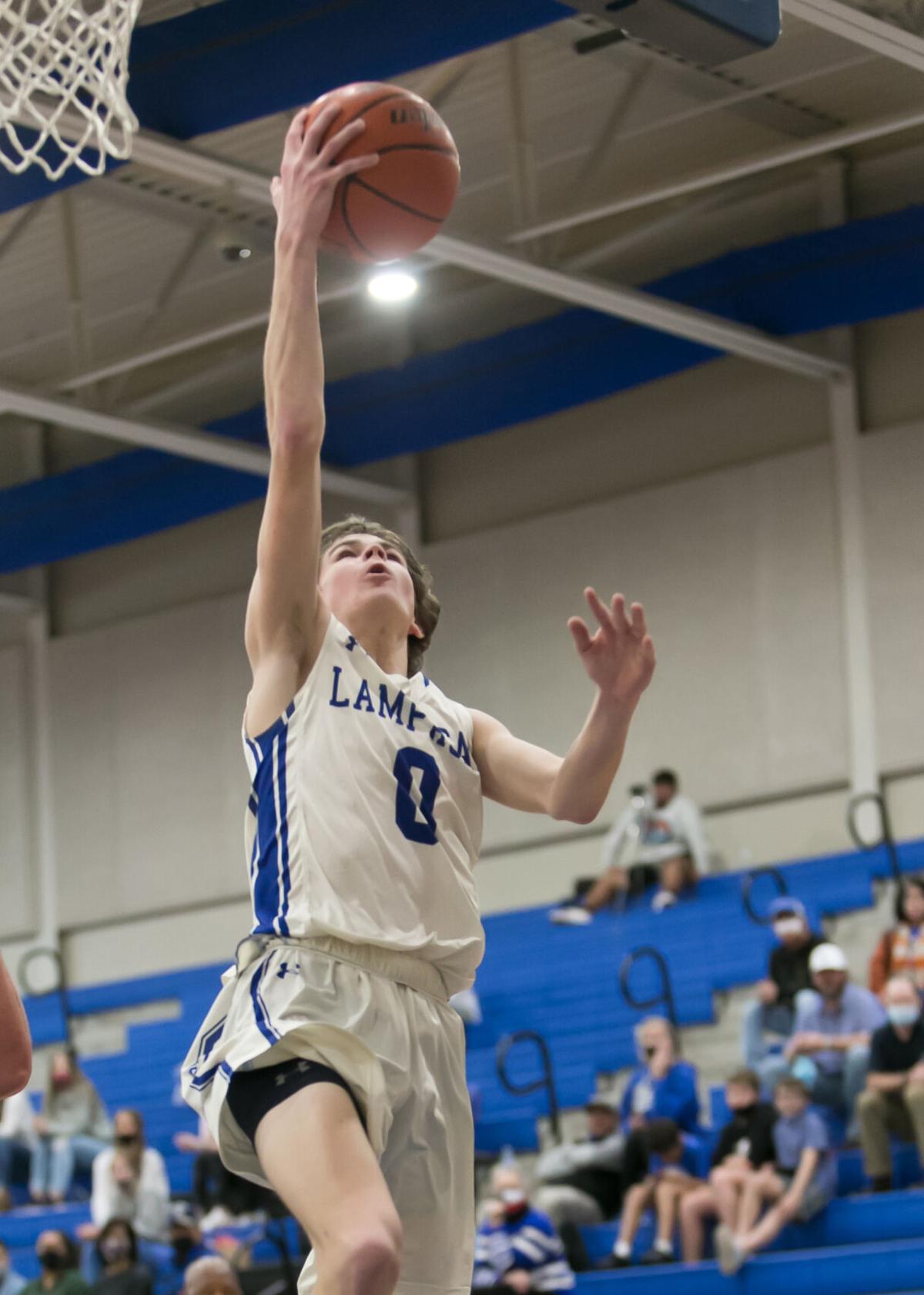 Lampasas’ Nate Borchardt drives to the basket against Thorndale on Monday afternoon in Lampasas. Borchardt scored 34 points to lead the Badgers to a 71-49 victory. 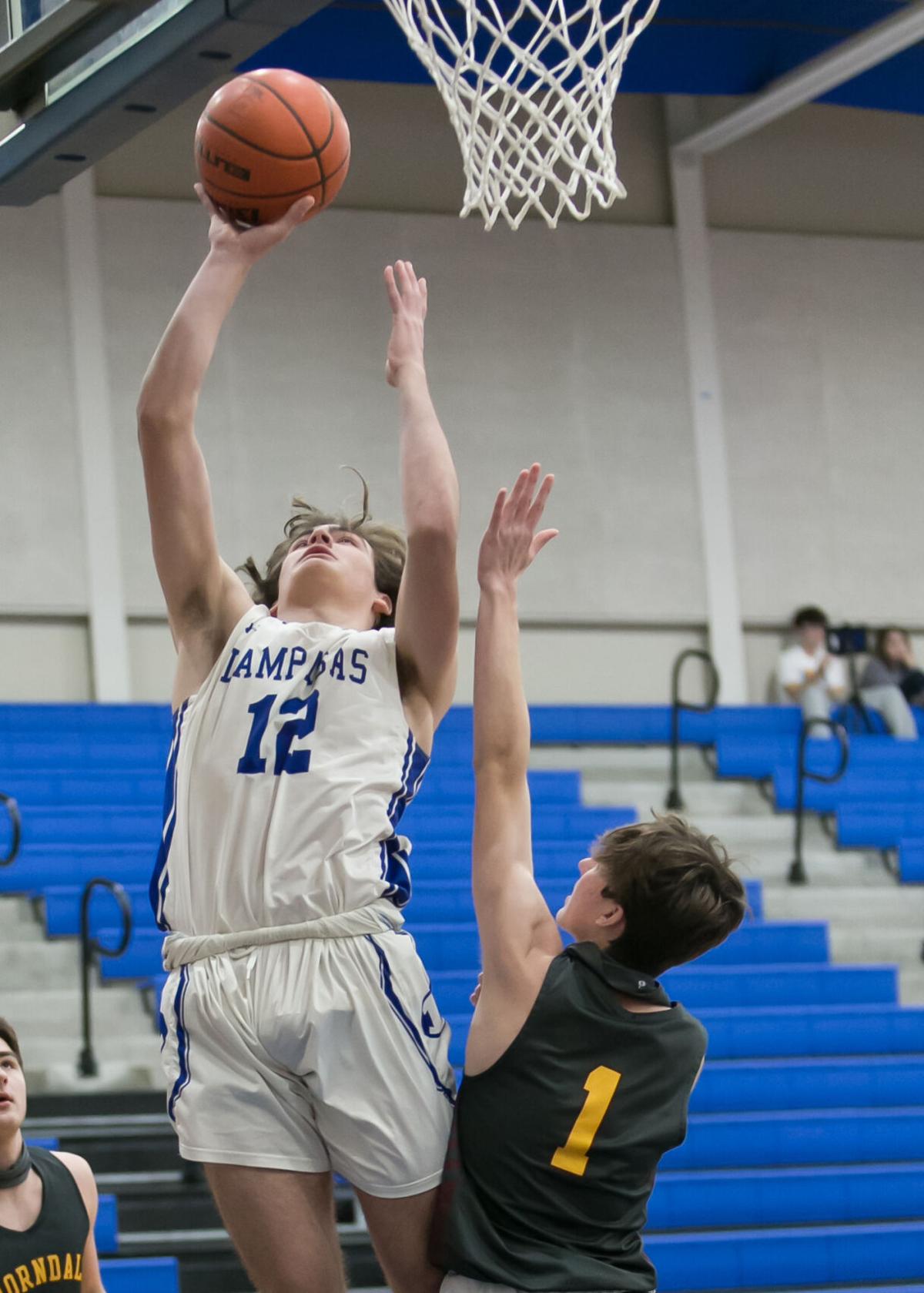 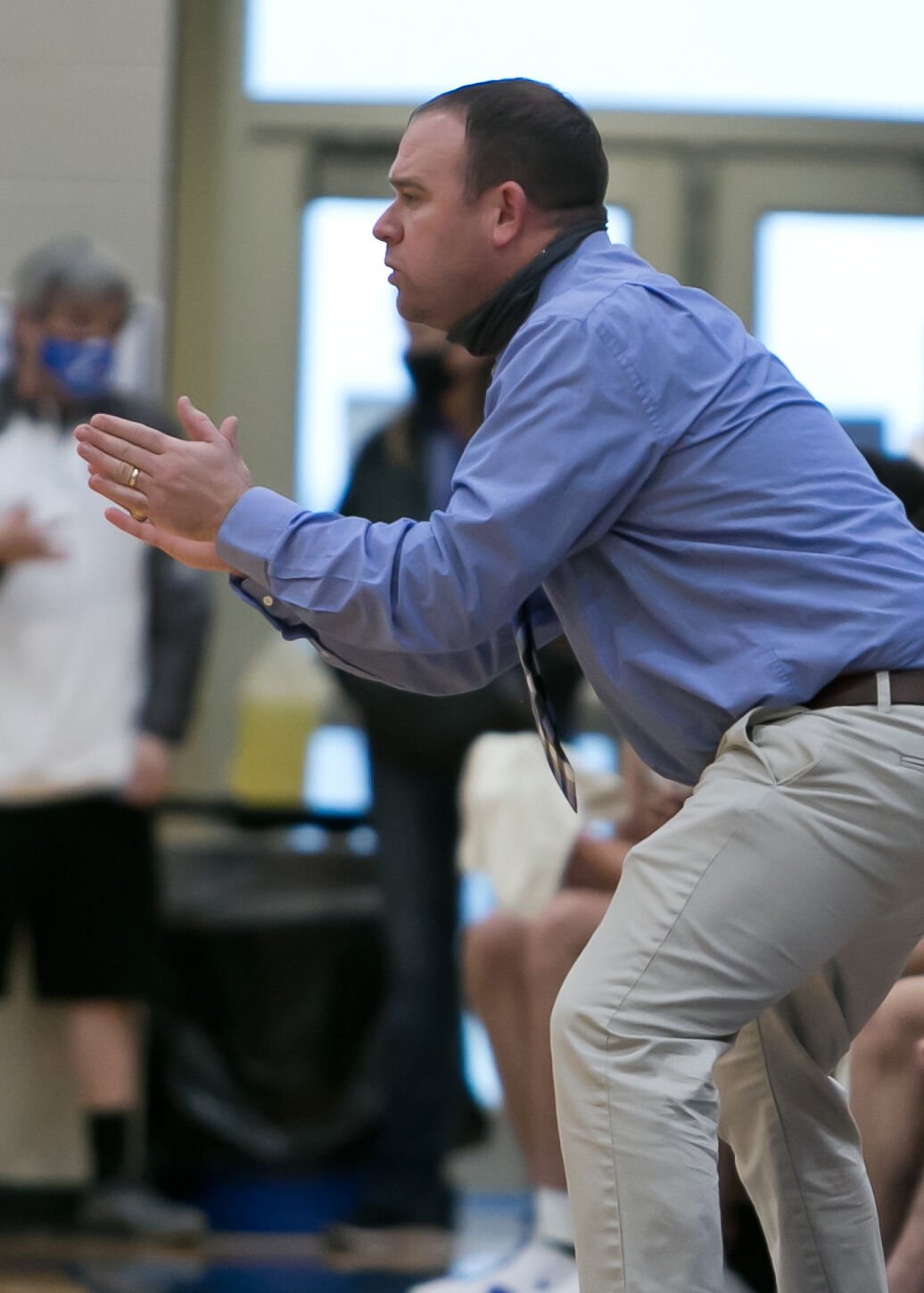 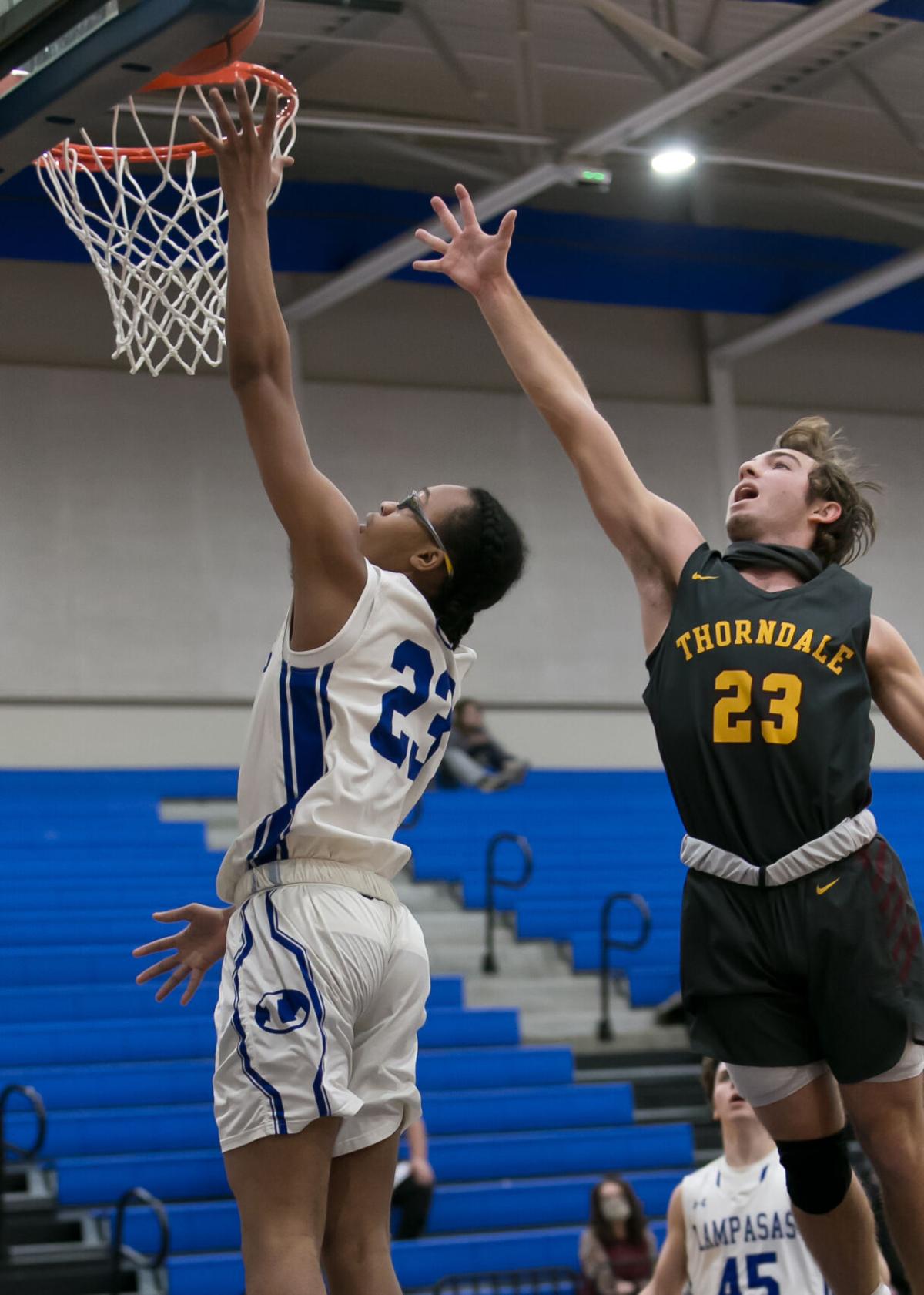 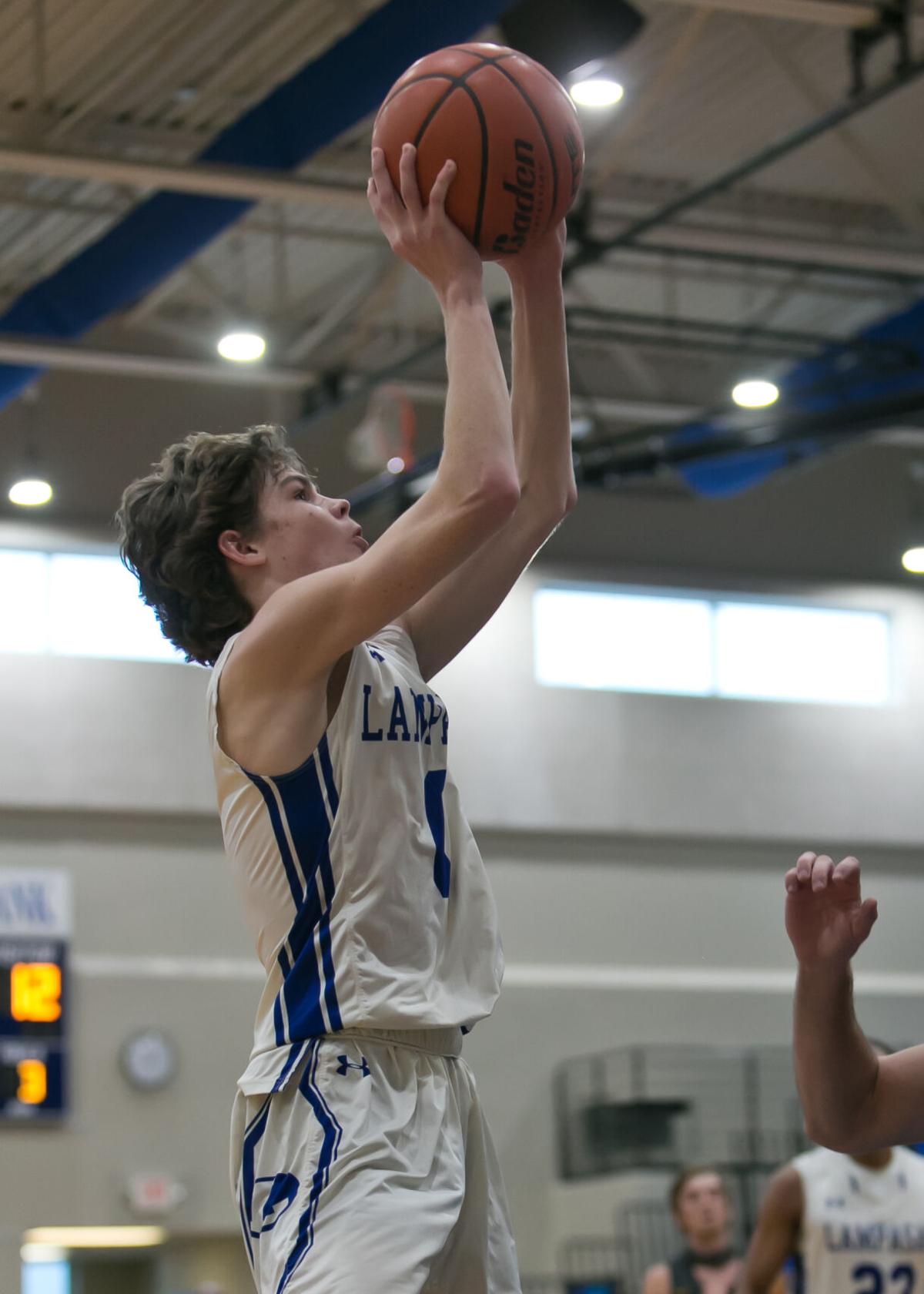 Lampasas’ Nate Borchardt shoots against Thorndale on Monday afternoon in Lampasas. Borchardt scored 34 points to lead the Badgers to a 71-49 victory. 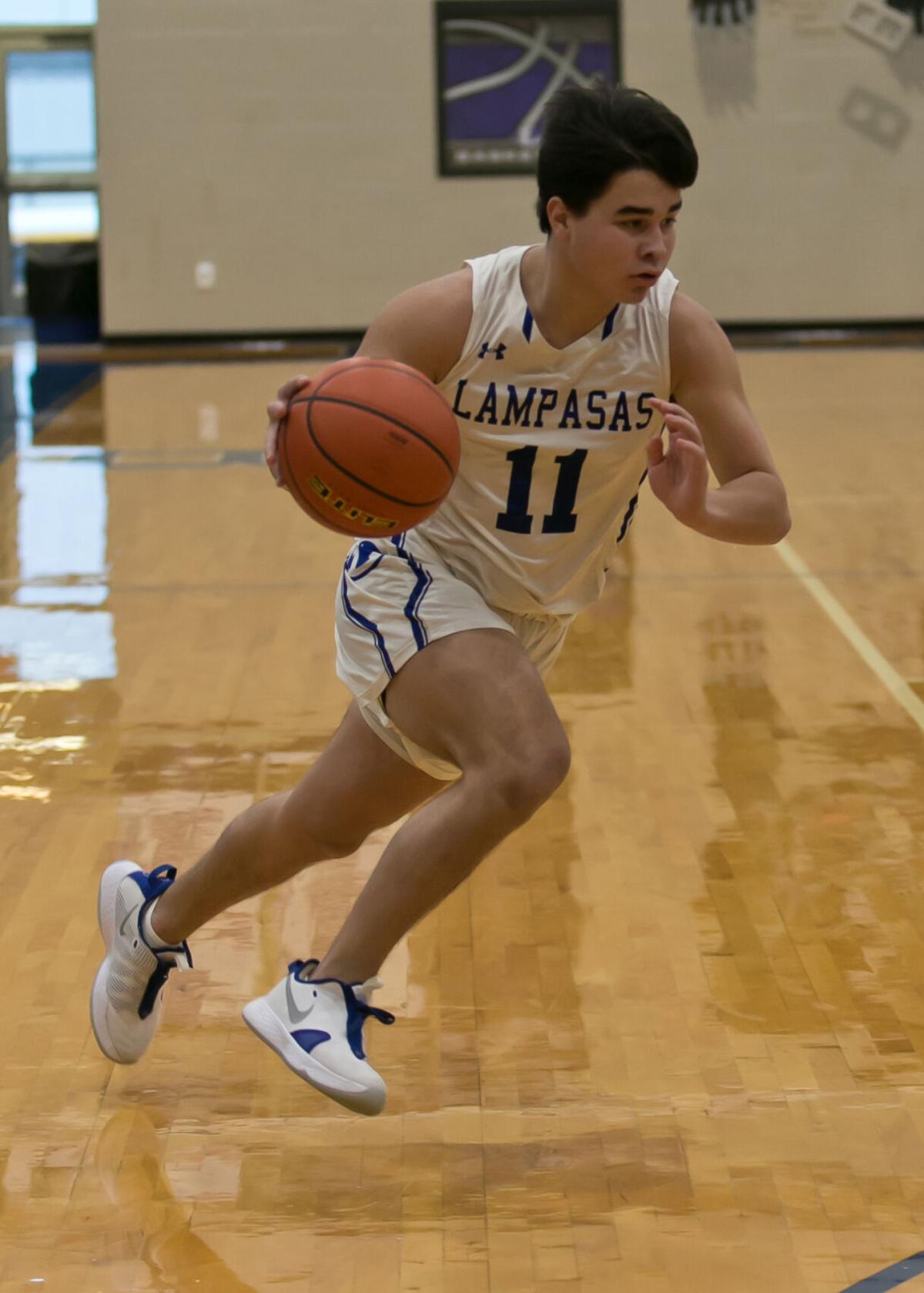 Lampasas' Tak Stinnett drives the ball down the court against Thorndale on Monday at Lampasas High School. 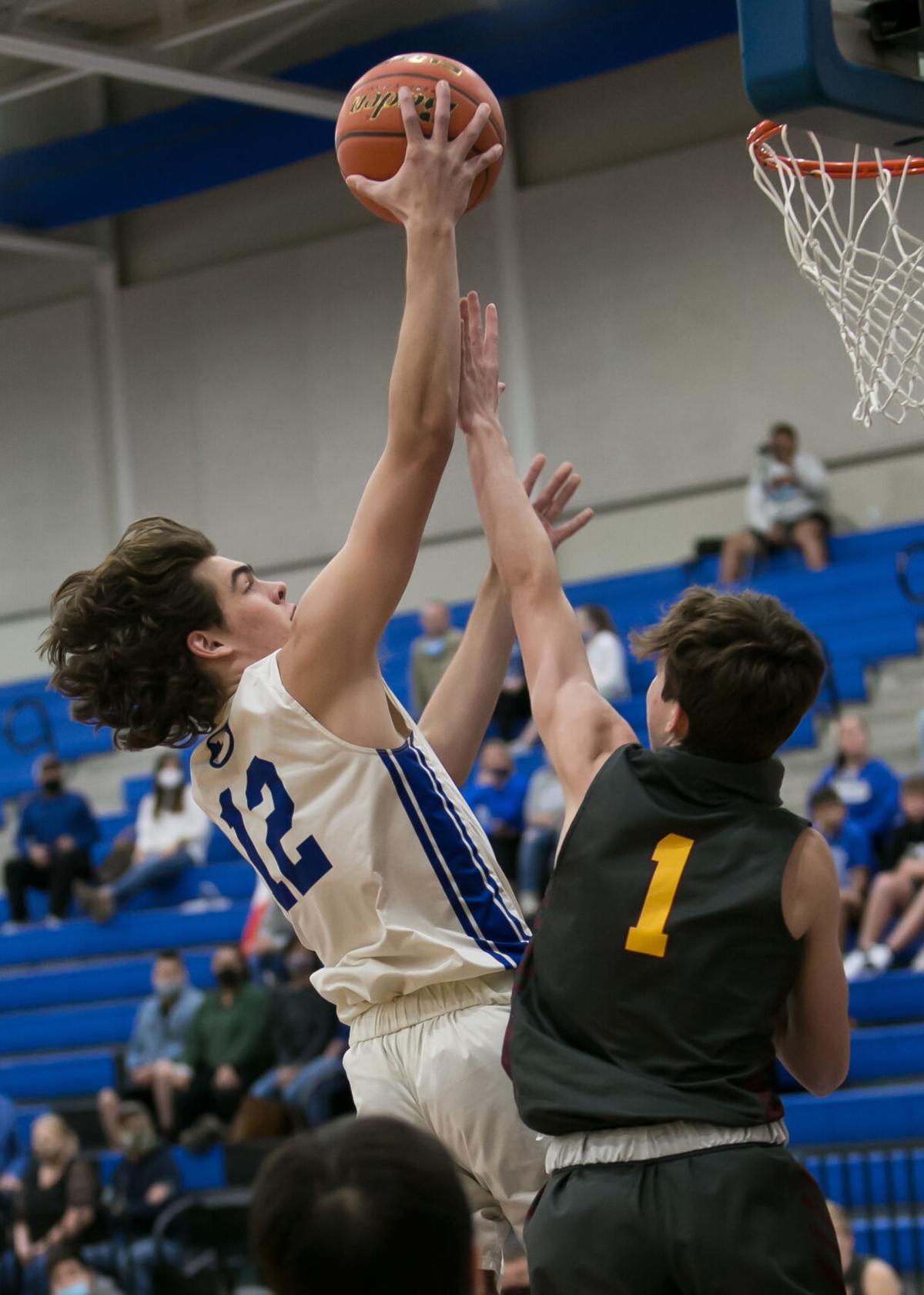 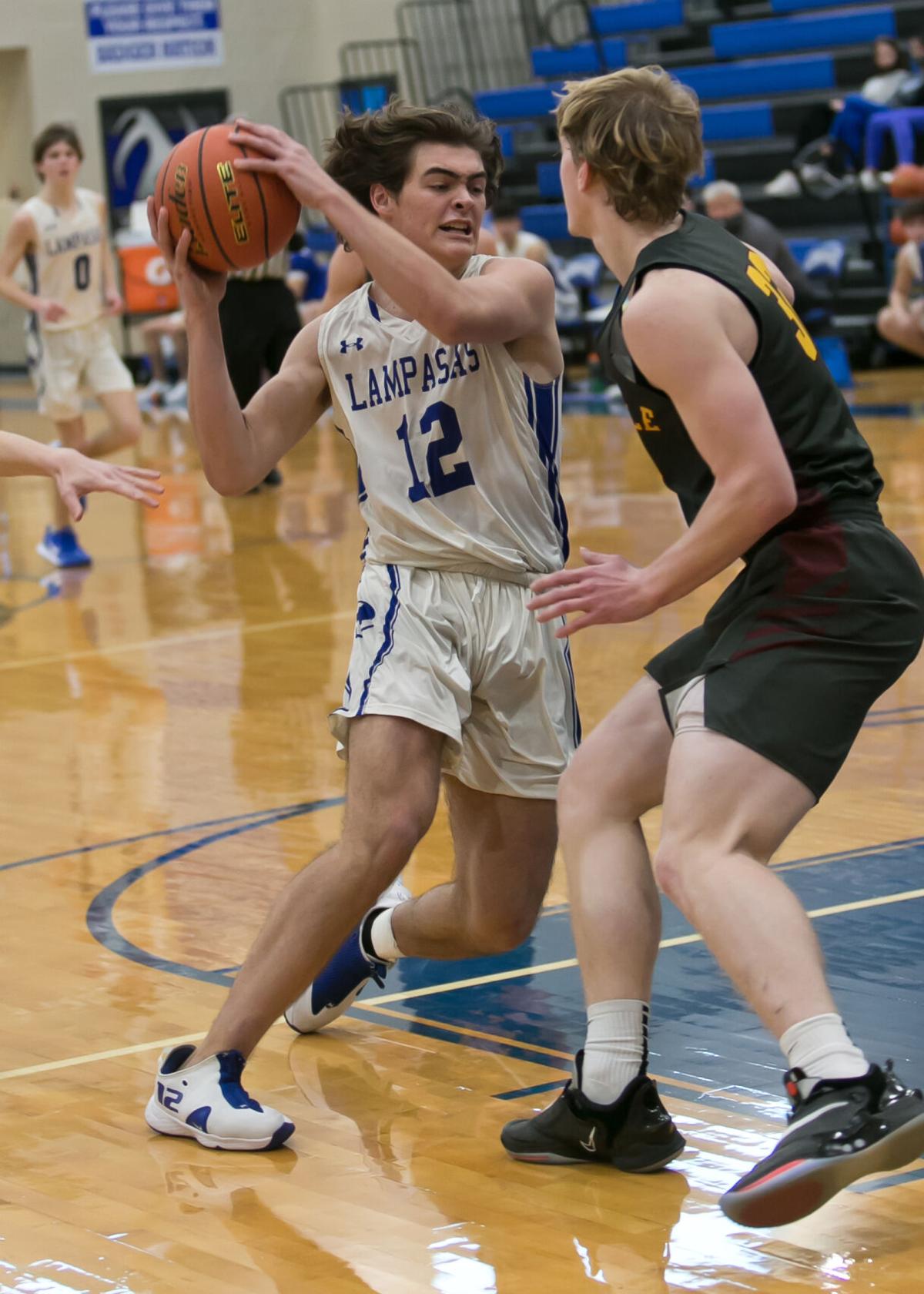 Lampasas' Landon Mulcahy (12) makes a move to the basket against Thorndale on Monday at Lampasas High School. 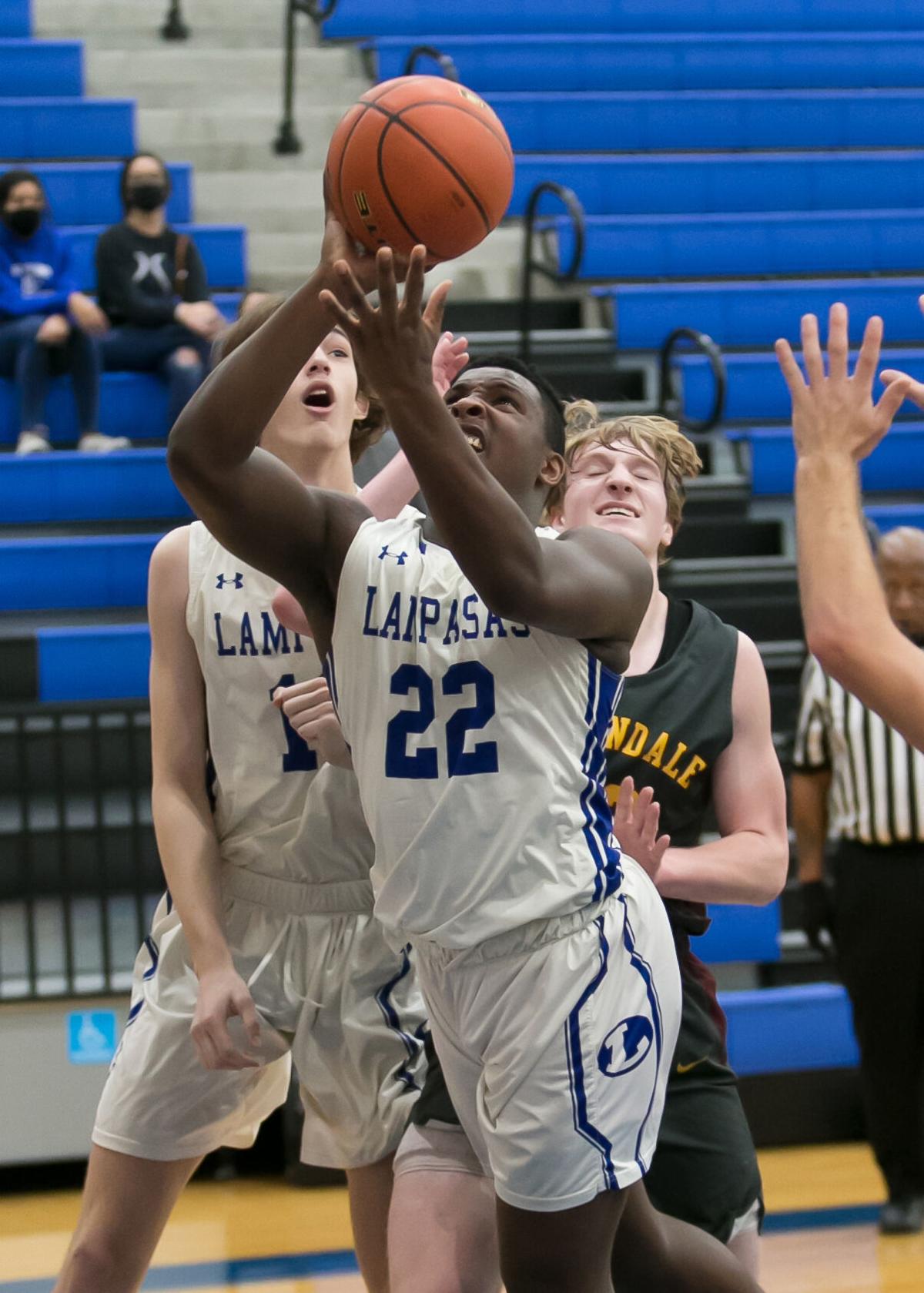 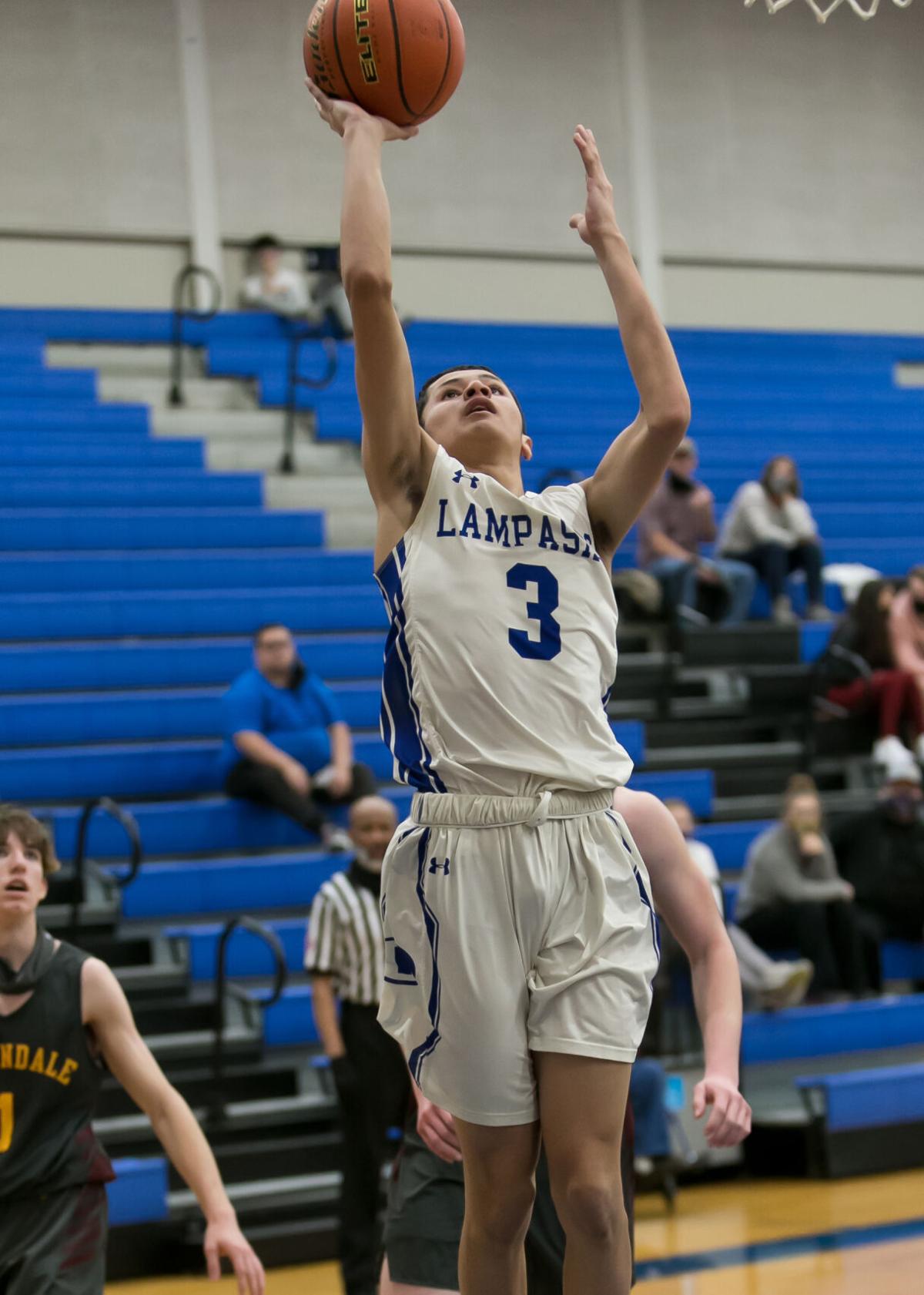 Lampasas’ Nate Borchardt drives to the basket against Thorndale on Monday afternoon in Lampasas. Borchardt scored 34 points to lead the Badgers to a 71-49 victory.

Lampasas’ Nate Borchardt shoots against Thorndale on Monday afternoon in Lampasas. Borchardt scored 34 points to lead the Badgers to a 71-49 victory.

Lampasas' Tak Stinnett drives the ball down the court against Thorndale on Monday at Lampasas High School.

Lampasas' Landon Mulcahy (12) makes a move to the basket against Thorndale on Monday at Lampasas High School.

LAMPASAS — Nothing was falling.

Despite averaging 73 points per game and topping the 80-point plateau five times during its impressive start to the season, Lampasas could not connect in the opening half against visiting Thorndale on Monday.

The Badgers missed 10 of their first 15 field-goal attempts, and the percentage continued to plummet during the second quarter, dropping Lampasas into a double-digit deficit.

Following halftime, however, the Badgers rediscovered their rhythm.

Paced by junior Nate Borchardt, Lampasas rebounded from a 21-point first half by producing a 22-point third quarter before cruising to a 71-49 victory.

After the contest, Borchardt, who was 3 of 13 from the floor in the first half, admitted never doubting the early scoring drought would not last.

“I knew that eventually my shots would start to fall,” the guard said. “So, if I can just try to get my teammates involved, then my shots will come.

“I knew if we kept working, it would even out.”

Borchardt delivered 27 of his game-high 34 points in the second half, including all seven of his 3-pointers, sparking the Badgers to outscore the Bulldogs 50-17 during the last two quarters, including a 28-6 showing in the fourth period.

“We got some of our mistakes figured out at halftime,” Lampasas head coach Aaron Nuckles said. “We just weren’t taking care of things on our end. We were getting some great looks on offense, but we just weren’t making shots.

“Then, we would get frustrated and start forcing things, and there was a snowball effect. We just had to calm down, reset and get back to being us.”

Lampasas brought a nine-game winning streak into the game, and Thorndale (7-5) immediately put it into jeopardy.

The Badgers claimed a 2-1 lead on senior Landon Mulcahy’s layup, but little went Lampasas’ way for the duration of the half as the Bulldogs created a 12-3 cushion. Using a 10-2 run bridging into the second period, the Badgers pulled within a point, 14-13, but the Bulldogs recorded 10 of the game’s next dozen points and took a 32-21 lead into halftime.

“We beat Thorndale (87-78) earlier in the season,” Mulcahy said, “and we were not ready for the intensity they came out with. We thought it was going to be an easy game, and it showed.

“We were not ready to play in the first half, but we woke up at halftime and completely changed the way we played.”

The Badgers posted the third quarter’s first 13 points as junior guard Dax Brookreson’s layup punctuated the run, giving Lampasas a 34-32 advantage before taking a 43-43 tie into the final period.

Borchardt emphatically helped end the deadlock, though, making four 3-pointers in the quarter as the

Badgers’ lead ballooned to 14 points, 59-45, and they capped the game off with a dozen unanswered points.

Led by Borchardt, who made 9 of 13 shot attempts, including a 7-of-10 showings from behind the arc, in the second half, Lampasas missed just 13 field goals (20 of 33) in the half. He also had a game-high six steals to go with three assists, while Mulcahy tallied 12 points and four rebounds, posting a perfect 5-for-5 shooting outing after halftime.

Now, the Badgers turn their attention toward completing December with an undefeated record for the month, traveling to play Class 3A No. 13 Blanco on Wednesday, and Nuckles believes his team is prepared for the challenge.

“This group is different from any other group I’ve ever had,” he said. “They are just cool. There is no partying when we win, and there is no disappointment after a bad quarter.

“Sometimes, I get upset after a bad practice or something, and they’re just kind of there, but that is a good thing. That is just who they are, and it is very mature.”

LAMPASAS — First came the domination. Then came the celebration.

Herbal treatment is 100% guarantee for HSV cure, the reason why most people are finding it difficult to cure HSV is because they believe on medical report, drugs and medical treatment which is not helpful to cure HSV. Natural roots/herbs are the best remedy which can easily eradicate herpes forever, for more information about herpes cure Please write Dr. Shaibu Abacha for any health challenge. God bless you.Email: drshaibuabacha@gmail.comWhatsapp: +2349061521409