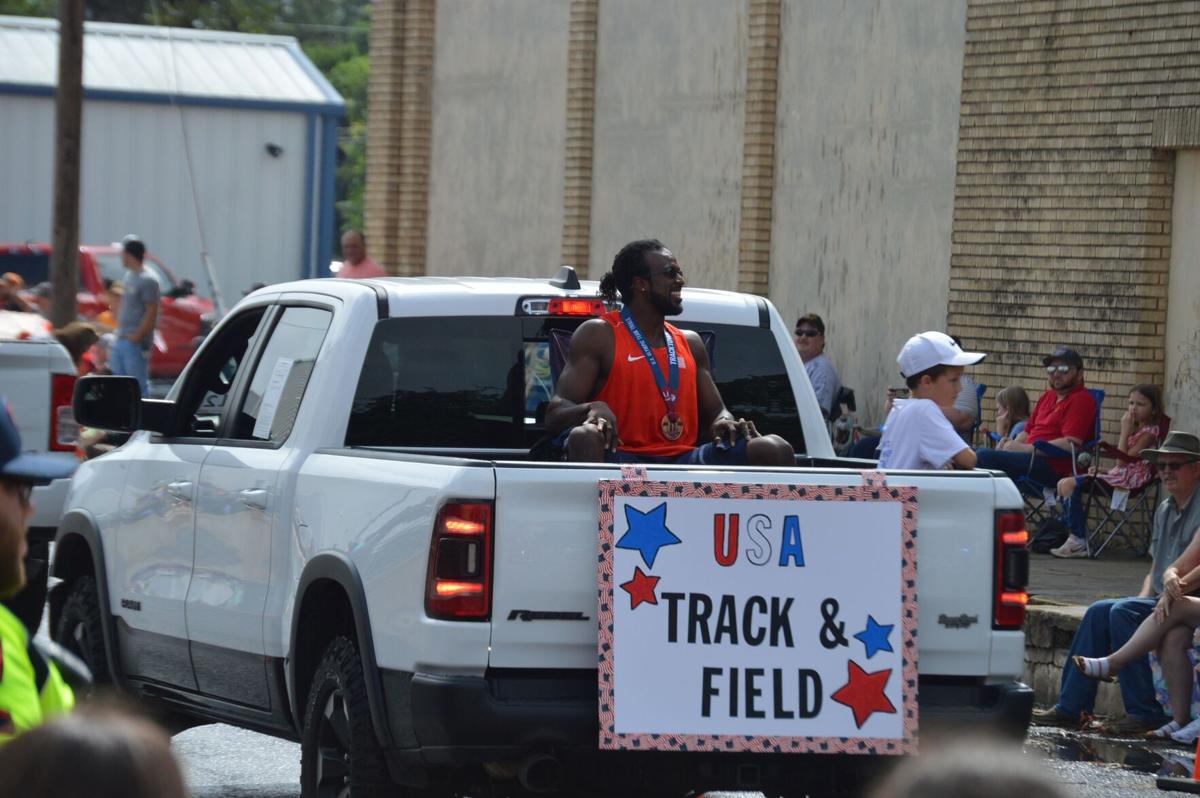 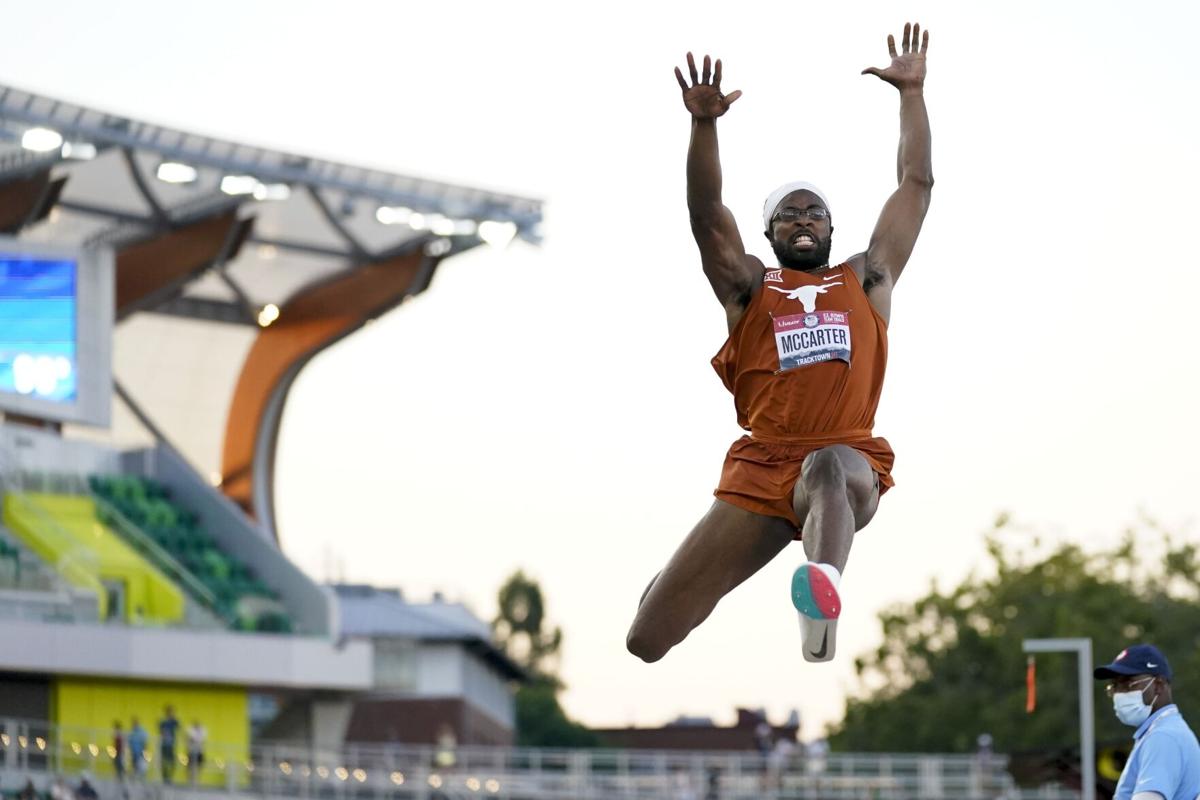 Steffin McCarter of the University of Texas competes during the finals of the men’s long jump at the U.S. Olympic Track and Field Trials on June 27 in Eugene, Ore. McCarter, a Lampasas High School graduate, finished third to earn a spot on the Olympic team.

Steffin McCarter of the University of Texas competes during the finals of the men’s long jump at the U.S. Olympic Track and Field Trials on June 27 in Eugene, Ore. McCarter, a Lampasas High School graduate, finished third to earn a spot on the Olympic team.

One month ago, he was shoved into the spotlight.

Now, hiding in plain sight is no longer an option.

He is recognized while out running errands. Texts from well-wishers, calls from news outlets and notifications from social media accounts continually bombard his phone. People want his autograph, ask him to pose for photographs and almost always shake his hand.

This is his new normal, though, because Steffin McCarter is an Olympian.

“I usually just fly under the radar,” the former Lampasas standout said. “I was thrust into this, so I’m still learning how to enjoy this and not think it is weird for people to know my name.

“But this is really cool, because I never really thought it would get to this level. It’s just hard to imagine until you are here.”

McCarter’s reality was permanently altered on June 27 at Eugene, Ore., where the Texas senior matched his career-best leap of 27 feet, 1¼ inches to place third in the long jump and secure his spot in the XXXII Olympic Games.

With the performance, McCarter becomes just the second person from Lampasas to participate in the Olympics, joining Johnny ‘Lam’ Jones, who won a gold medal in 1976 as part of the United States’ 4x100-meter relay team.

While it was always a dream, the accomplishment is still difficult for McCarter, who departed Saturday for Tokyo, to comprehend, but for now, he cannot afford to dwell.

“I’ve still got to treat this like any other meet.”

The men’s long jump will take place over two days with the qualifying round Saturday and the finals on Aug. 1.

The 32 athletes will have three jumps to produce a qualifying distance, narrowing the field to a minimum of 12. In the final, each jumper receives three jumps with the top eight jumpers being granted three more jumps.

Competing, however, is the easy part.

McCarter was required to pass two COVID-19 tests during the final 96 hours before departure and must pass another before being allowed to exit the Tokyo airport, where he expected to spend at least seven hours.

Then, it becomes a matter of balancing his emotions.

“I have an uncanny ability to compartmentalize,” McCarter said. “So, I’ll enjoy everything until about two days before the competition.

“That’s when I’ll start taking salt tablets and really try to start getting my body ready. That’s when I’ll dial it in ... but for those first few days, I’m just going to try to get acclimated and take it all in.”

But the Olympics were not always a realistic goal.

Despite finishing third at the University Interscholastic League Class 4A State Track and Field Championships as a senior with the Badgers and opening his collegiate career by winning a pair of bronze medals for the Longhorns at the Big 12 Championships, something was missing.

Turns out, it was confidence.

“I always thought 2020 was going to be my year to make the Olympics,” McCarter said, “but I don’t think I was on the right path as a sophomore. After (Texas head track and field coach Edrick Floréal) saw me work out for the first time, he said I could be an Olympic medalist.

“I looked at him like he was crazy, but as I started to work with him and trust him, it donned on me that I have the ability to be good, and once I cleared 27 feet, in that moment, I knew I could do it.”

Now, there is nothing left but to compete and potentially emerge with a gold medal, further cementing himself as one of the best athletes in Lampasas history, and regardless of how he performs, McCarter understands he will be supported.

This is his new normal.

“Everybody that sees me from around town is going to want to come up and say hi,” he said. “That just makes me feel like I’m jumping with a tailwind.

“I don’t need to worry about how I’m doing, because I know there are a lot of people behind me, and I know the support is unwavering and without circumstance. That really takes a lot of pressure off.”

LAMPASAS — The Spring Ho festival is back after being canceled last year due to COVID-19 concerns, and the residents of Lampasas are ecstatic …