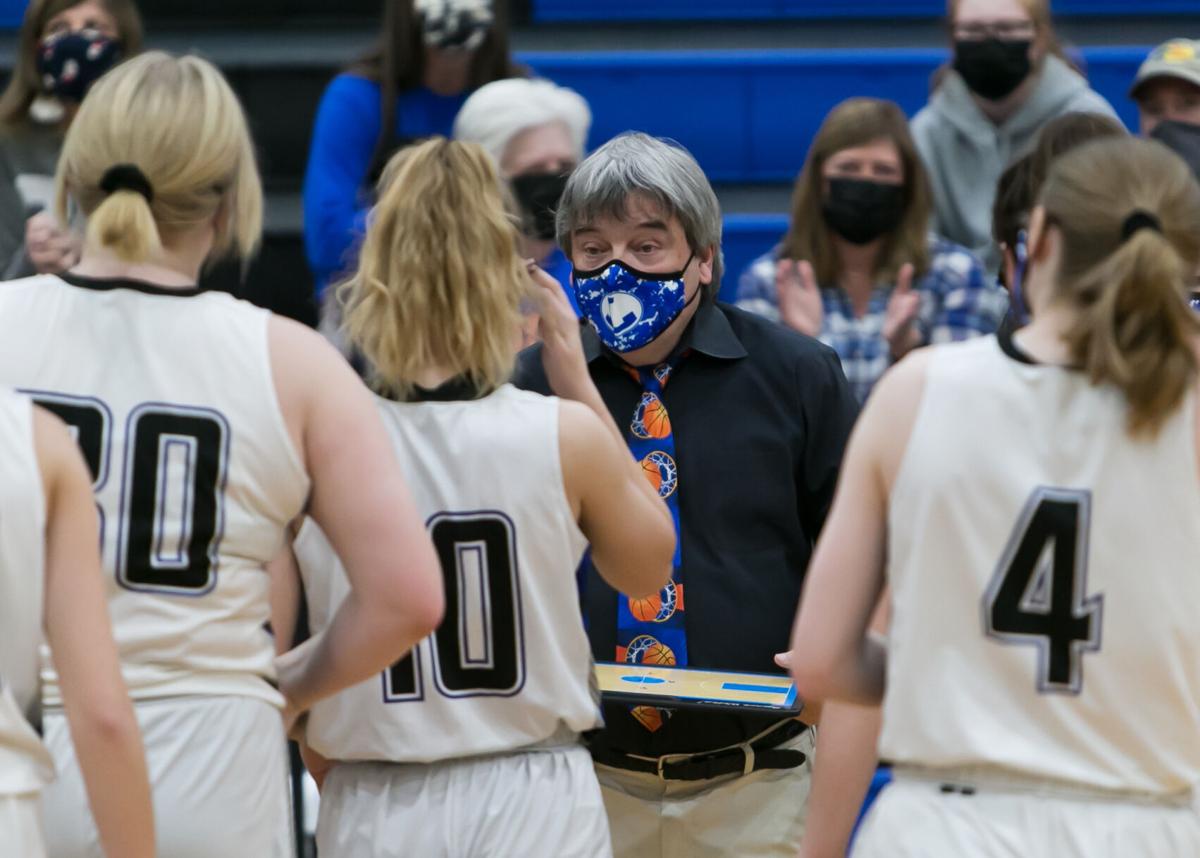 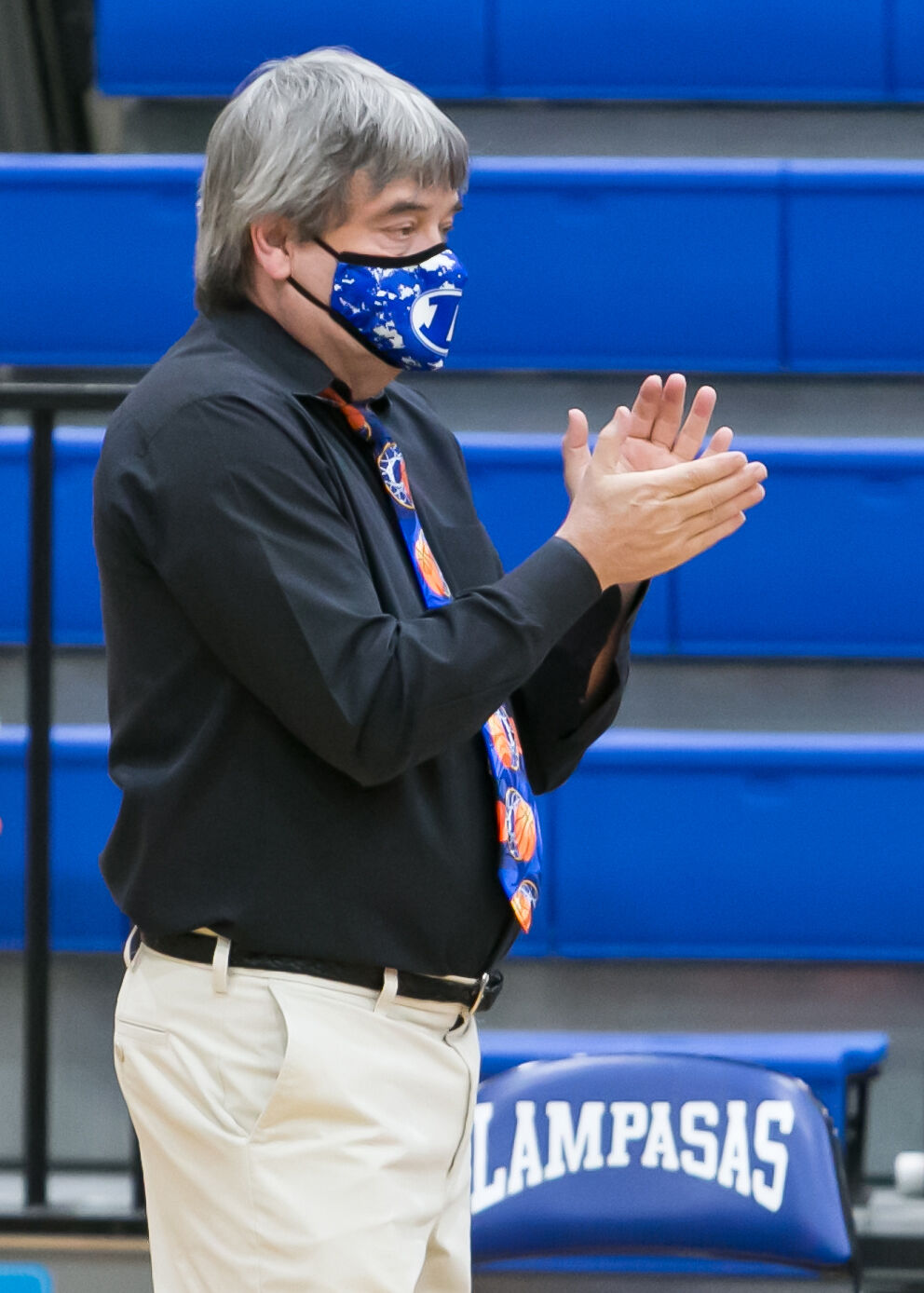 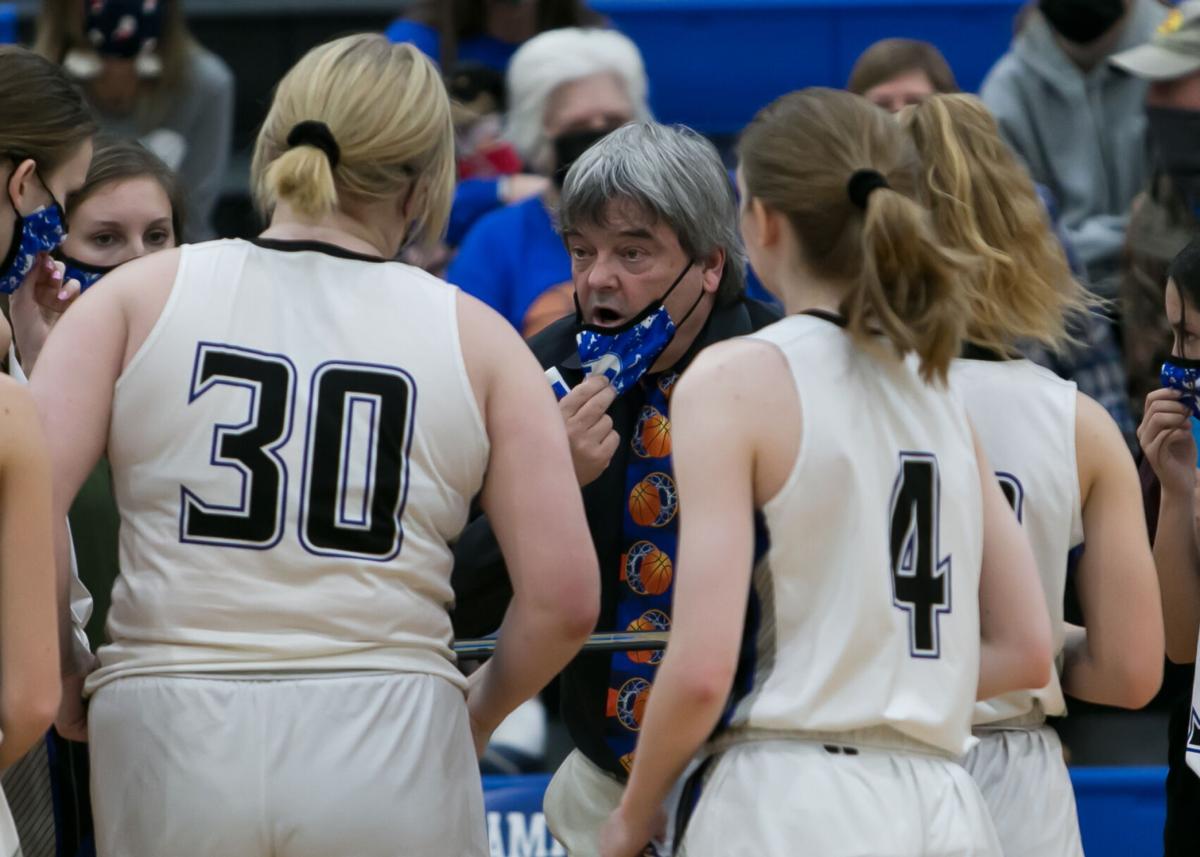 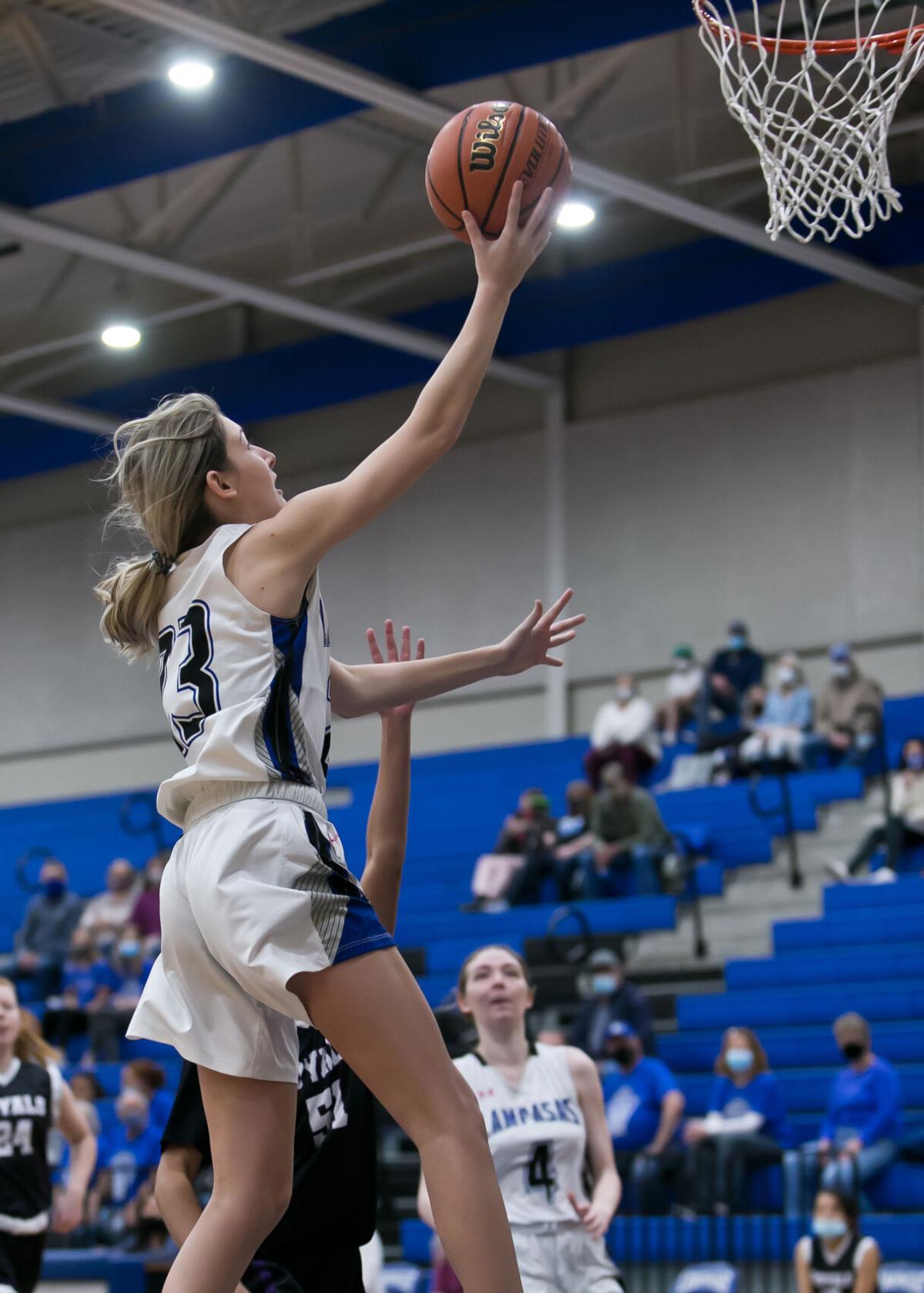 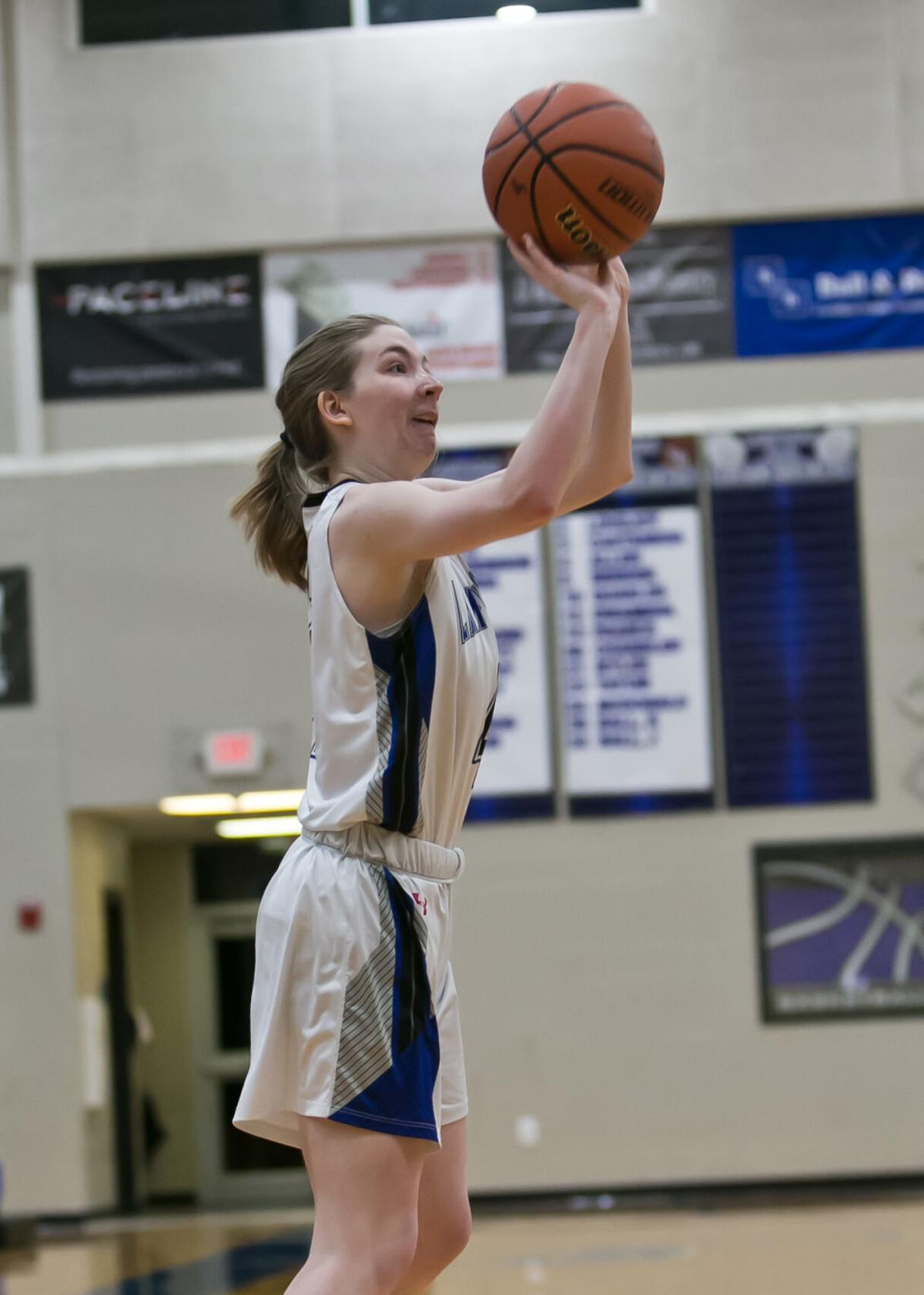 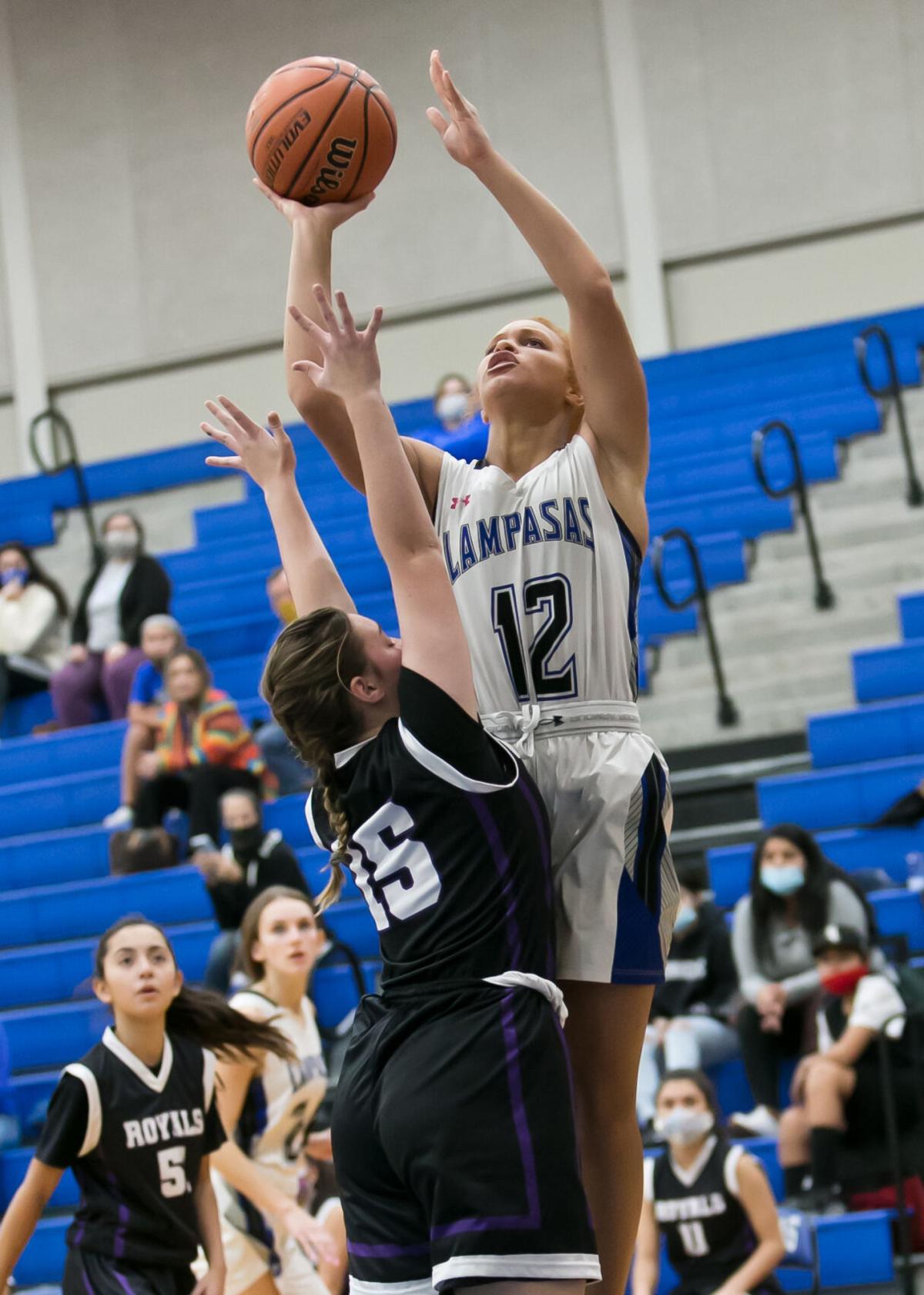 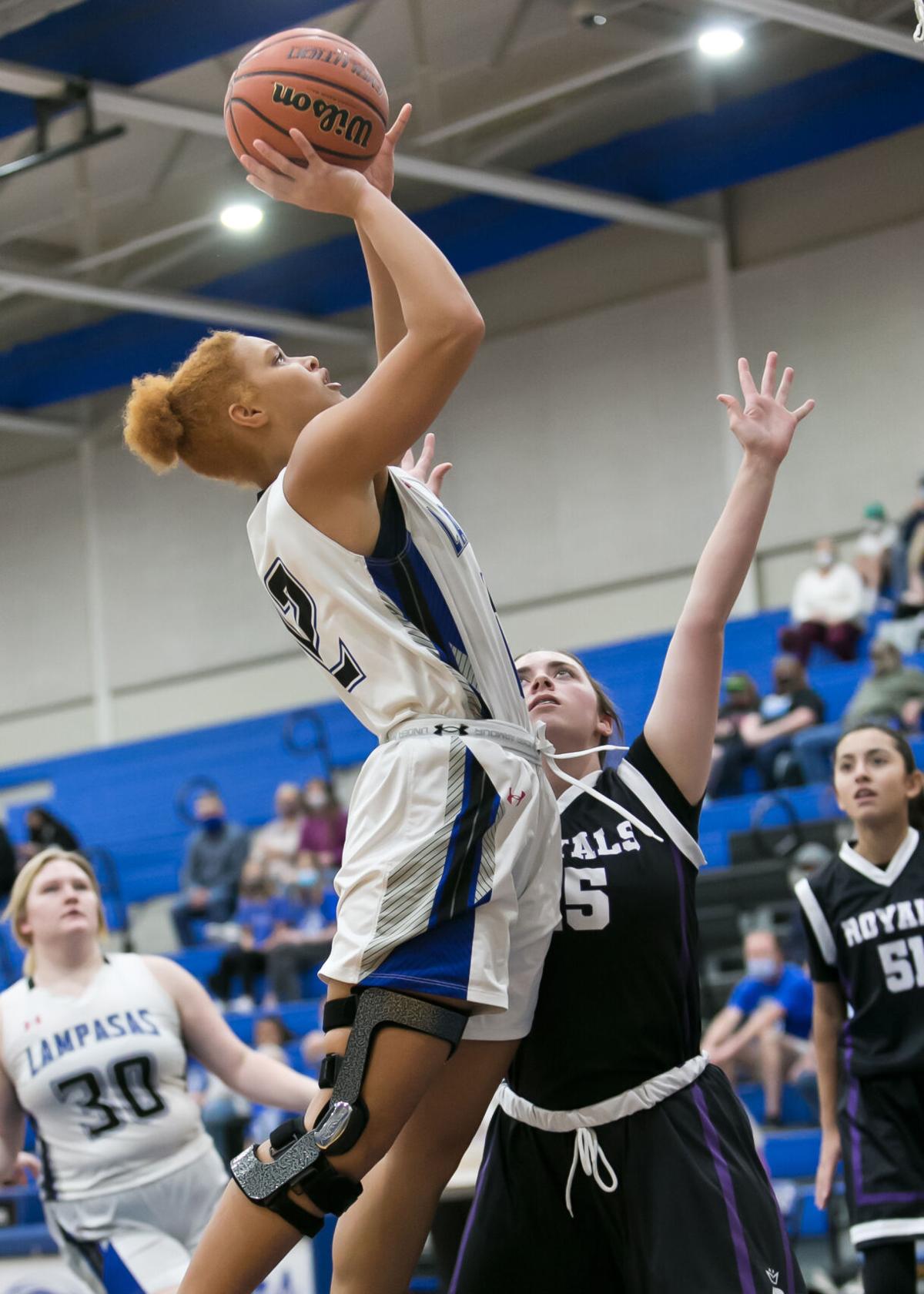 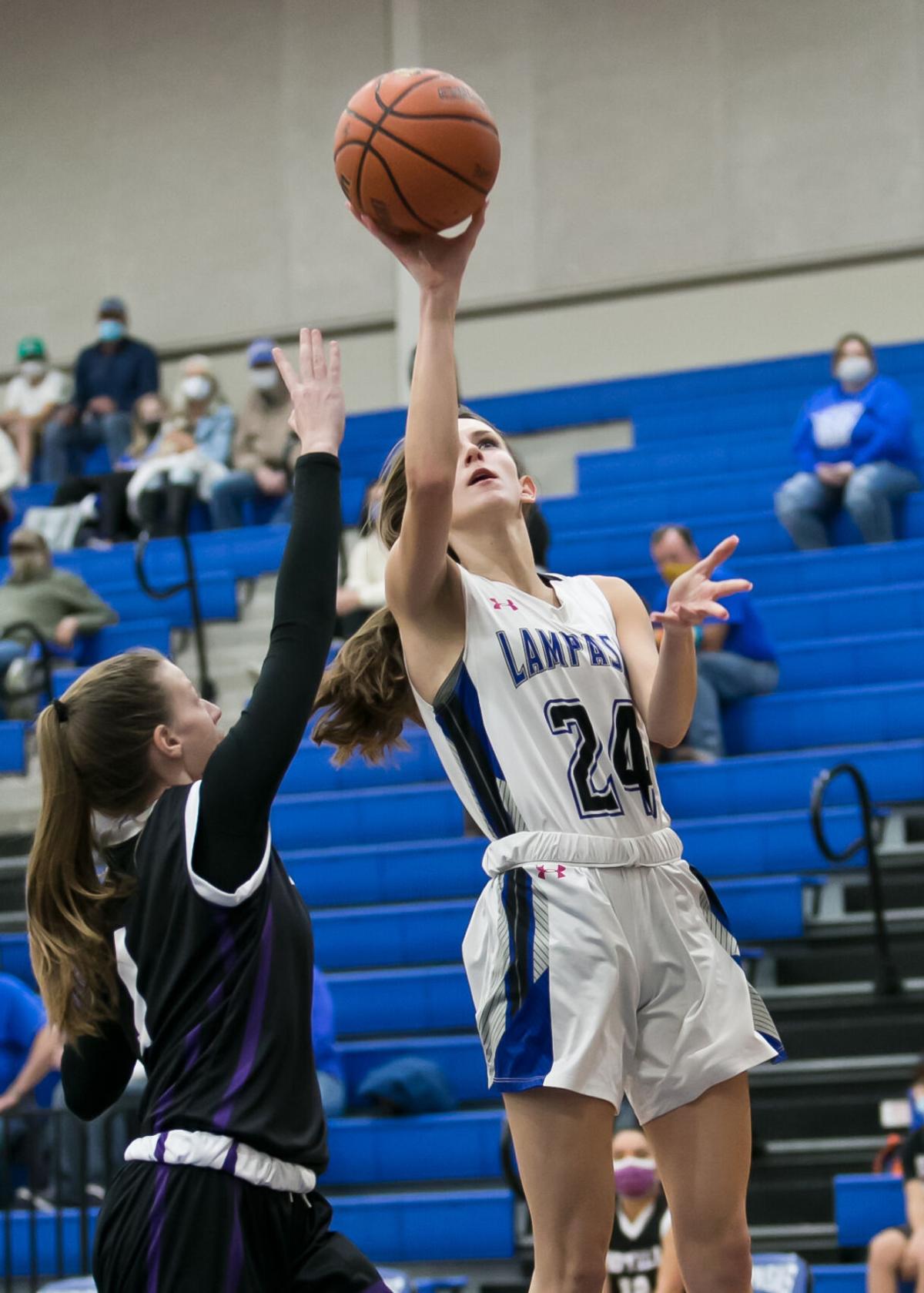 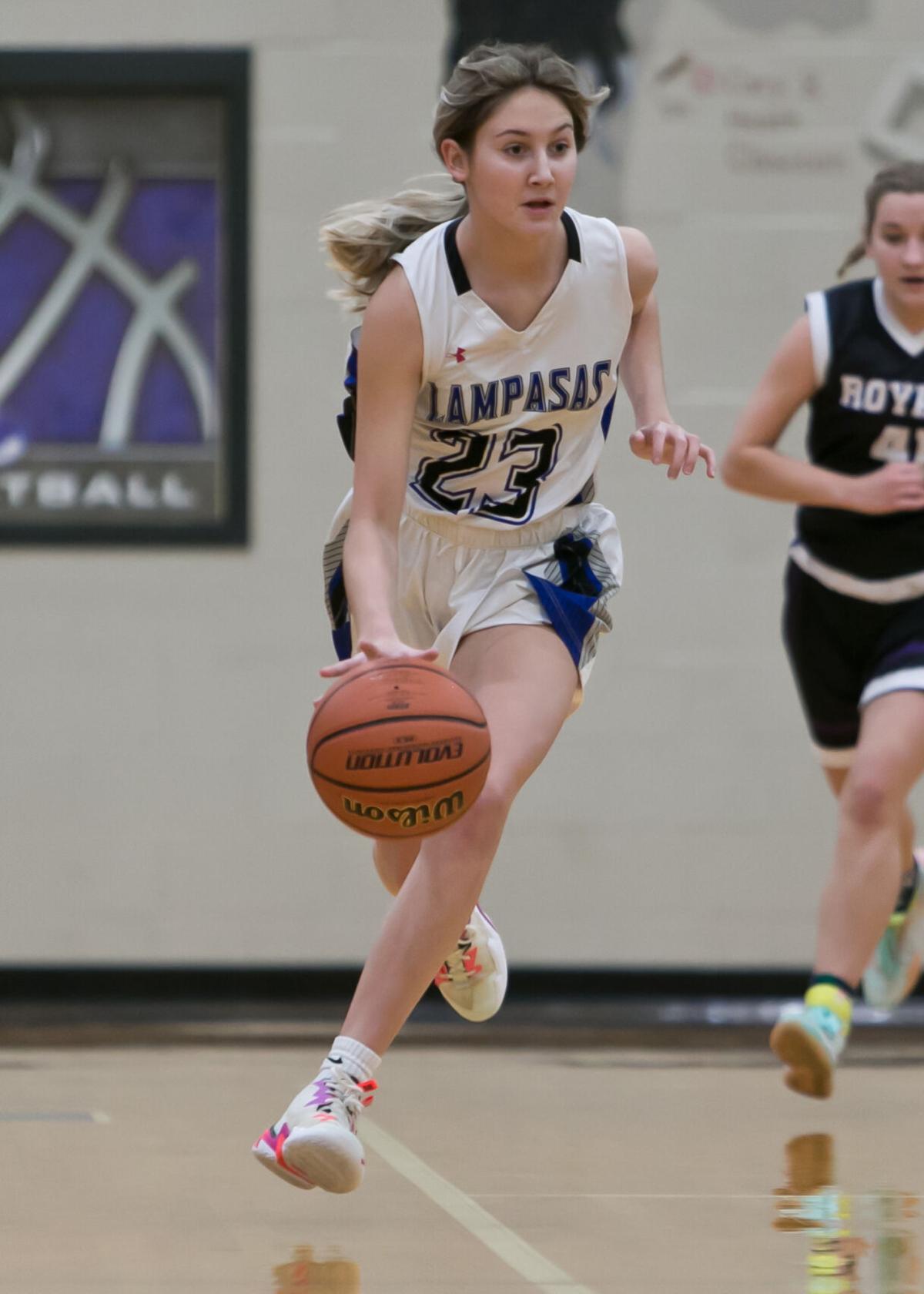 Lampasas' Payton Tatum (23) moves the ball down the court against Austin Royals on Monday night at Lampasas High School. 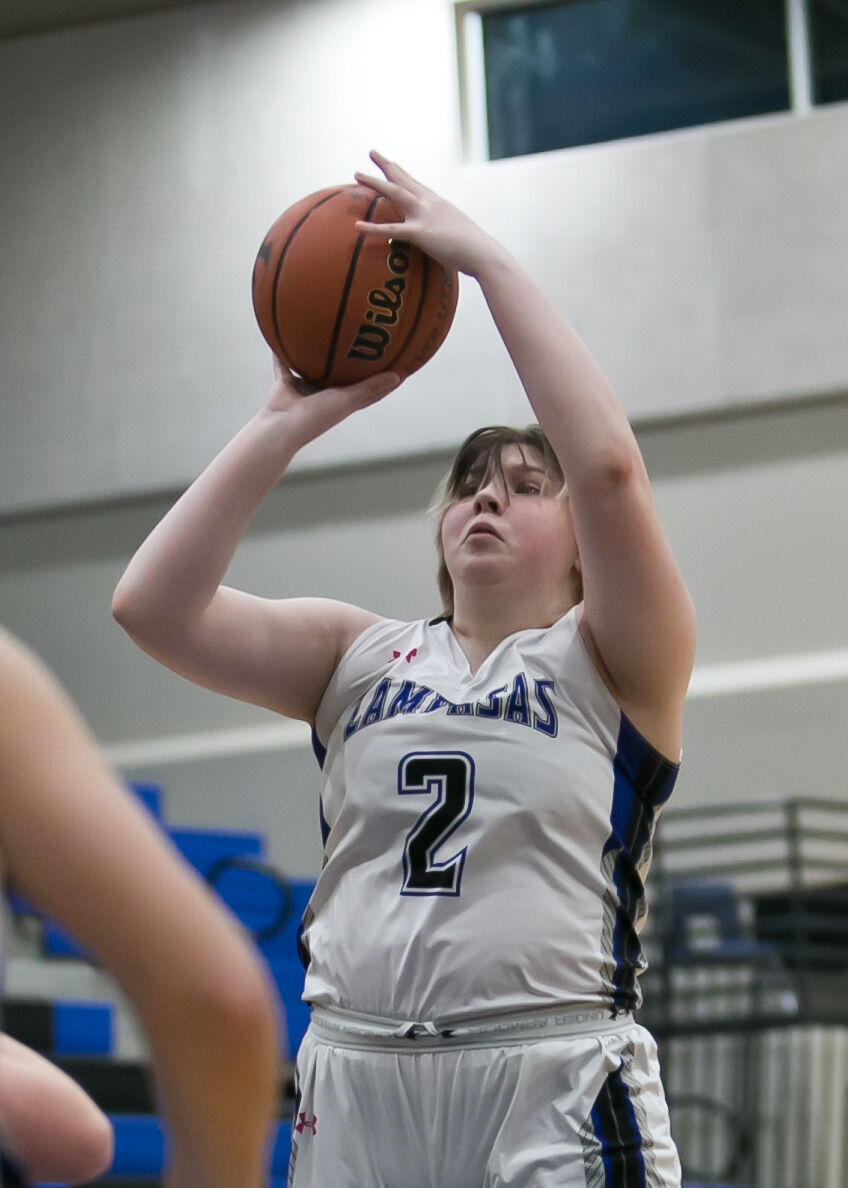 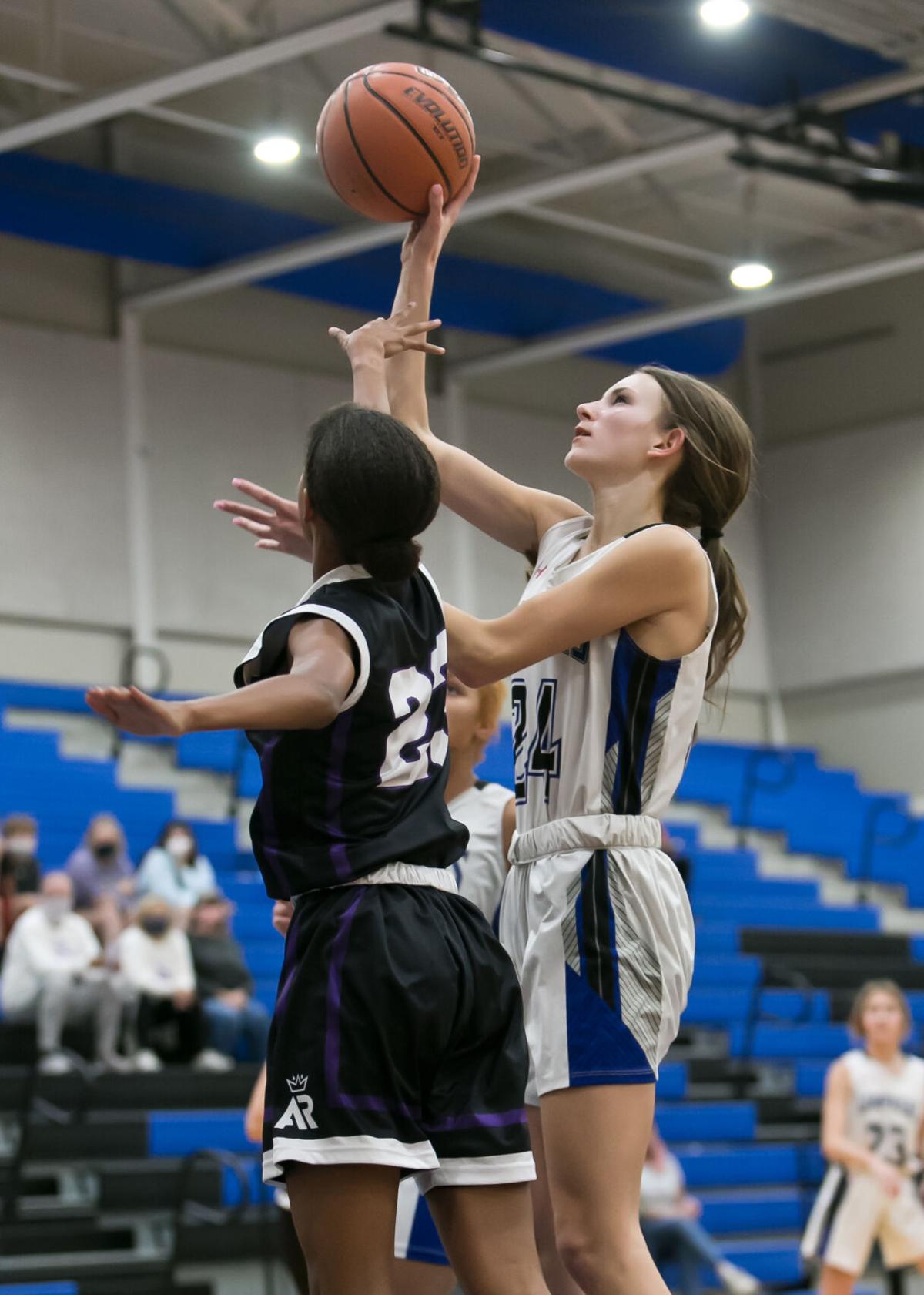 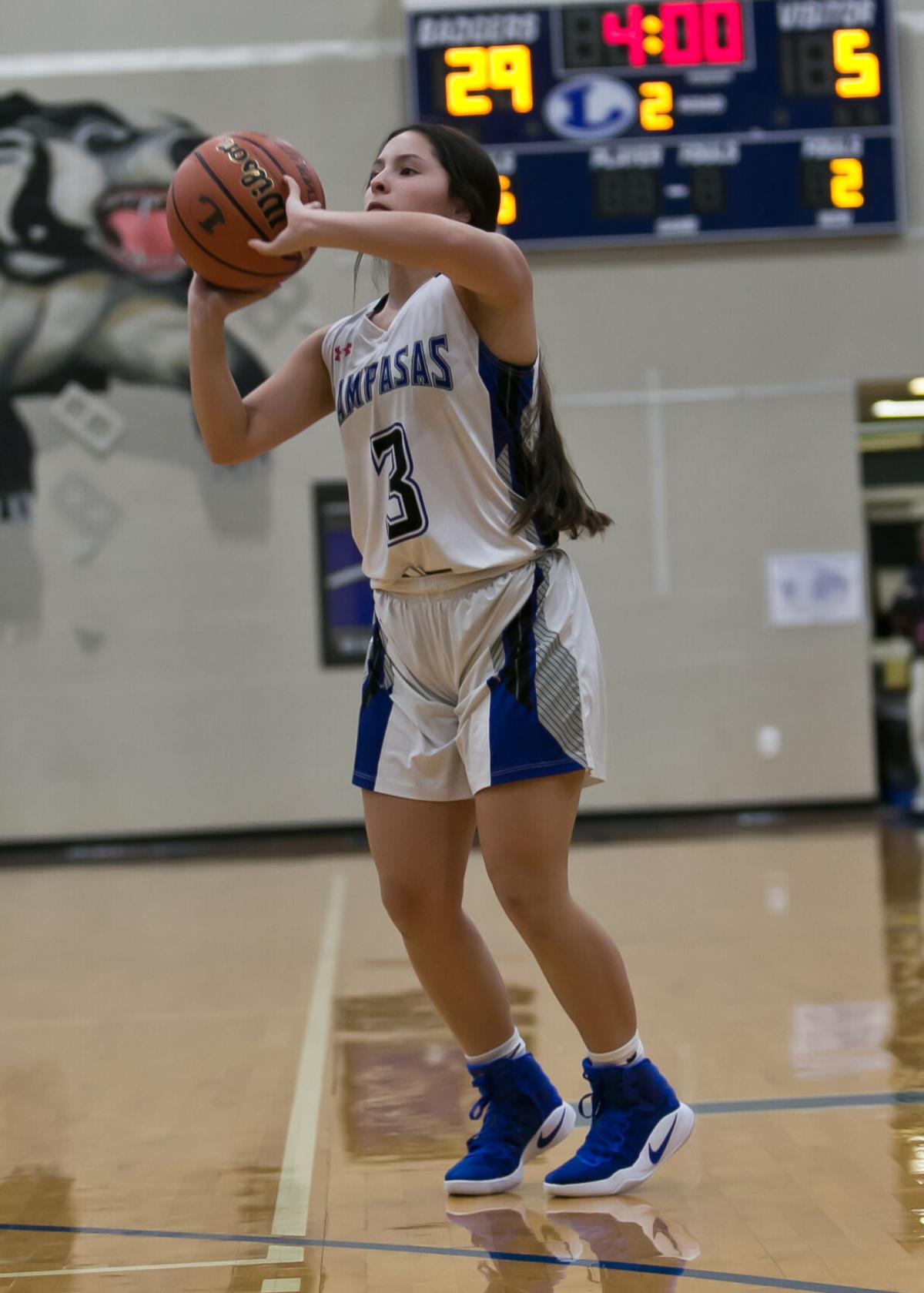 Lampasas' Payton Tatum (23) moves the ball down the court against Austin Royals on Monday night at Lampasas High School.

LAMPASAS — First came the domination. Then came the celebration.

Playing in its final game before the holiday break, Lampasas was not challenged. The Lady Badgers, who are ranked 11th in the Texas Girls Coaches Association Class 4A poll, scored the contest’s first dozen points and never eased up, cruising to a 65-16 victory against Austin Royals Homeschool.

“Last week,” the junior said, “we played Del Valle and Alvarado, and we beat them both by more than 30 points. That helped us get our mojo back (after losing two of three games).

“Now, it feels like we are ready to take on the season, and we were ready for this game.”

Dwamena, who had seven rebounds, two assists, a block and a steal, scored 10 of her game-high 18 points in the first quarter as Lampasas held the Royals without a field goal (0-10) in the period.

And the cushion only inflated.

After taking a 19-1 advantage into the second quarter, the Lady Badgers’ lead swelled to 29-2 before the Royals recorded their first field goal on a successful and-1 play with 4 minutes and 11 seconds remaining in the half.

Lampasas went into halftime with a 32-6 advantage, and the Royals, who posted more than a third of their points on consecutive 3-pointers within a 30-second span of the third quarter, never recovered.

“The kids played hard the whole game,” Lampasas head coach Mark Myers said, “and that’s what we talked about before the game.

“They gave 100 percent the whole game. They did a great job in man defense, and they executed a new offense that we had just put in really, really well.”

Dwamena’s performance was complemented by a number of teammates as 12 Lady Badgers produced points, including freshman Jamie Ball and senior Taylor Allen, who scored nine and seven points, respectively.

Along with being a victory, the outcome was also a milestone.

The achievement comes during his 38th season as a head coach, including stops at Waco’s Vanguard College Prep, where he won four TAPPS state titles, Bremond, Sweeny and Cedar Park before arriving at Lampasas in 2017.

During his four years with the Lady Badgers, Myers transformed the program, winning a combined 85 games and reaching the playoffs in each of his first three seasons. Prior to his arrival, Lampasas had just one 20-win season and one playoff victory since 1999.

“I didn’t even think about something like this. ... So, this was a very big night for me personally.”

But the reasons for celebrating continued.

In addition to improving to 12-2 overall and collecting the benchmark victory, UIL Executive Director Charles Breithaupt, who was in attendance for the game, announced Myers will be named one of the state’s top 100 coaches of all time in conjunction with the organization recognizing the 70th anniversary of girls high school basketball.

“That is just an amazing honor,” Myers said. “I’m just really surprised and taken back that something like that could happen to me.”

Dwamena, however, is not.

“He is completely responsible for making me into the player I am today,” she said. “In seventh grade, I couldn’t even dribble, and he made me what I am.

“So, this is a really big deal for me to be a part of this.”

For the second consecutive season, Lampasas dominated its district, and the reason why is clear.

Herbal treatment is 100% guarantee for HSV cure, the reason why most people are finding it difficult to cure HSV is because they believe on medical report, drugs and medical treatment which is not helpful to cure HSV. Natural roots/herbs are the best remedy which can easily eradicate herpes forever, for more information about herpes cure Please write Dr. Shaibu Abacha for any health challenge. God bless you.Email: drshaibuabacha@gmail.comWhatsapp: +2349061521409