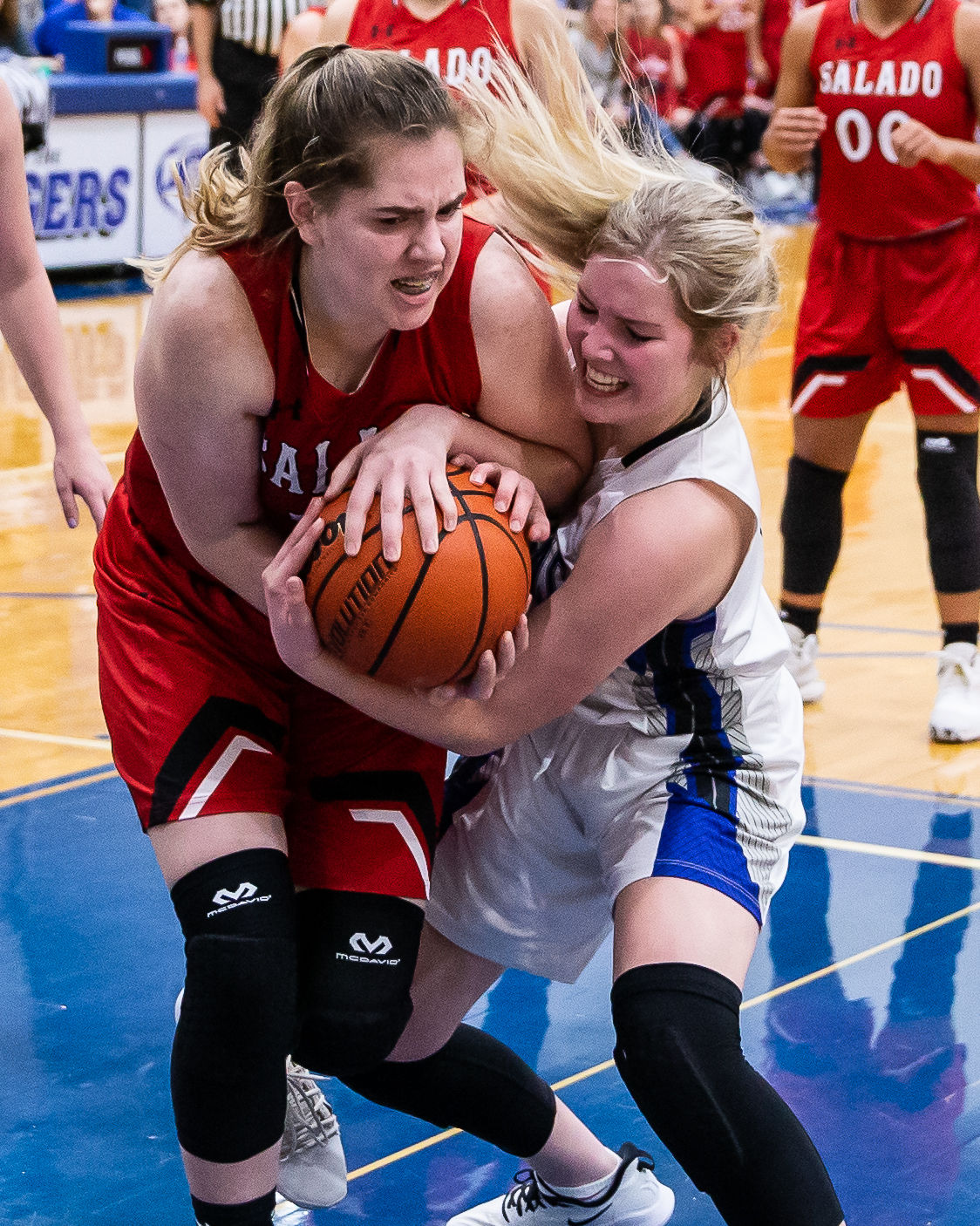 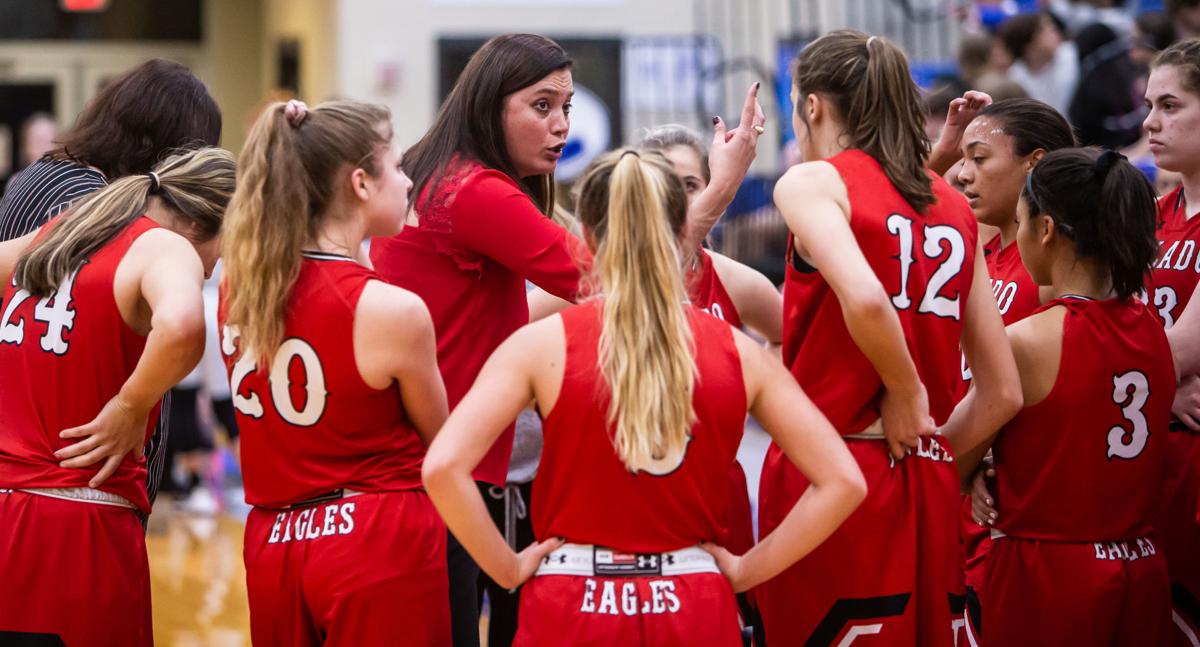 Salado's coach Diane Konarik talks to her players during a timeout Friday at Lampasas High School. 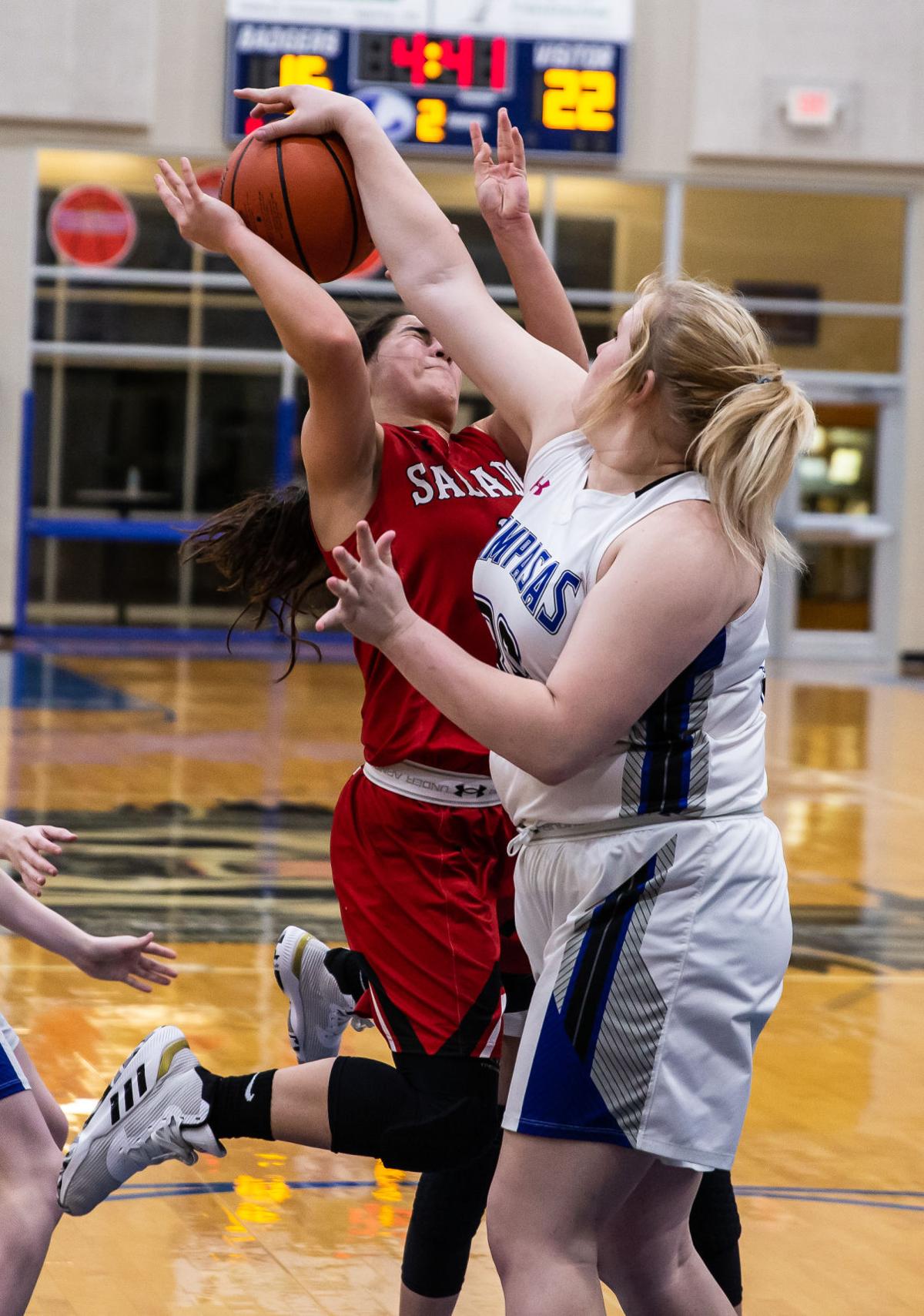 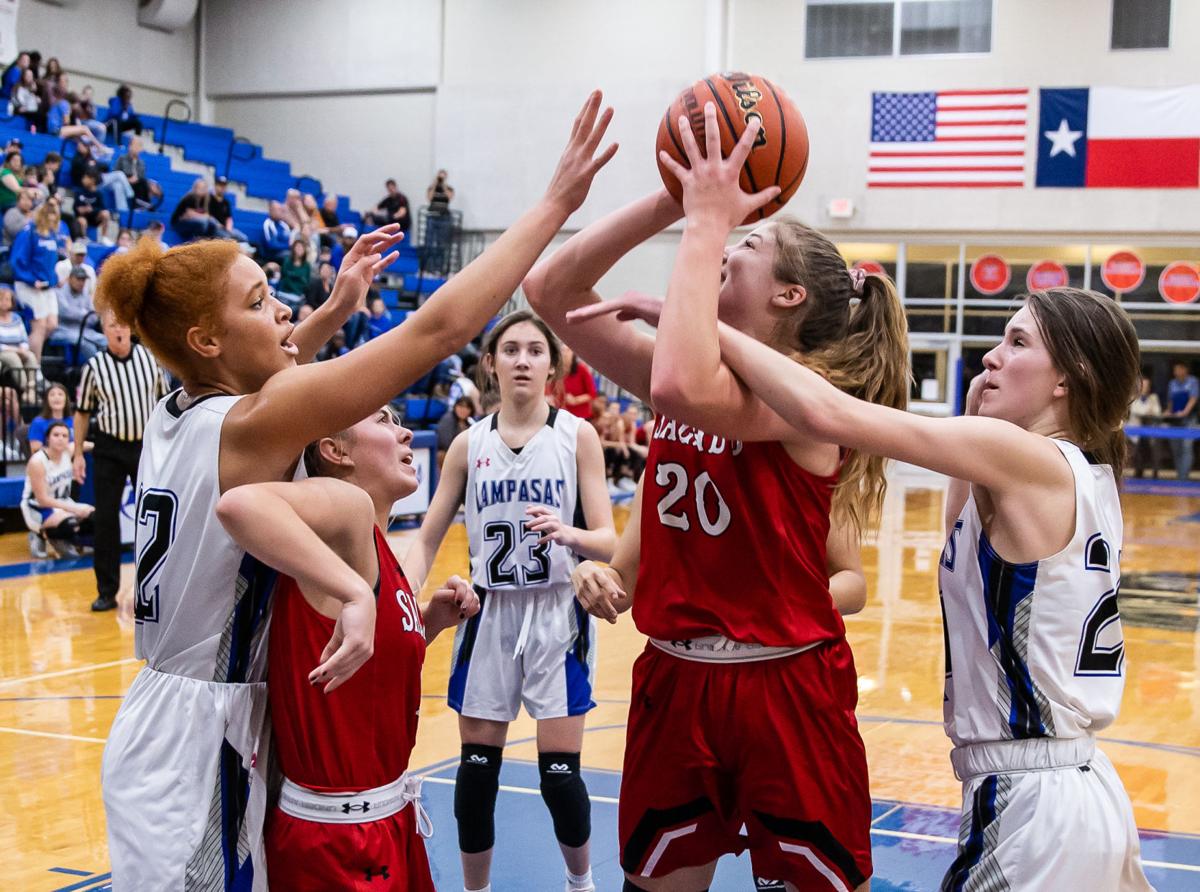 Salado's Katie Law (20) collects her own rebound as Lampasas' Addison McDonald (24) reaches for the ball and Areta Maugaotega (12) reaches for a block on Friday at Lampasas High School. 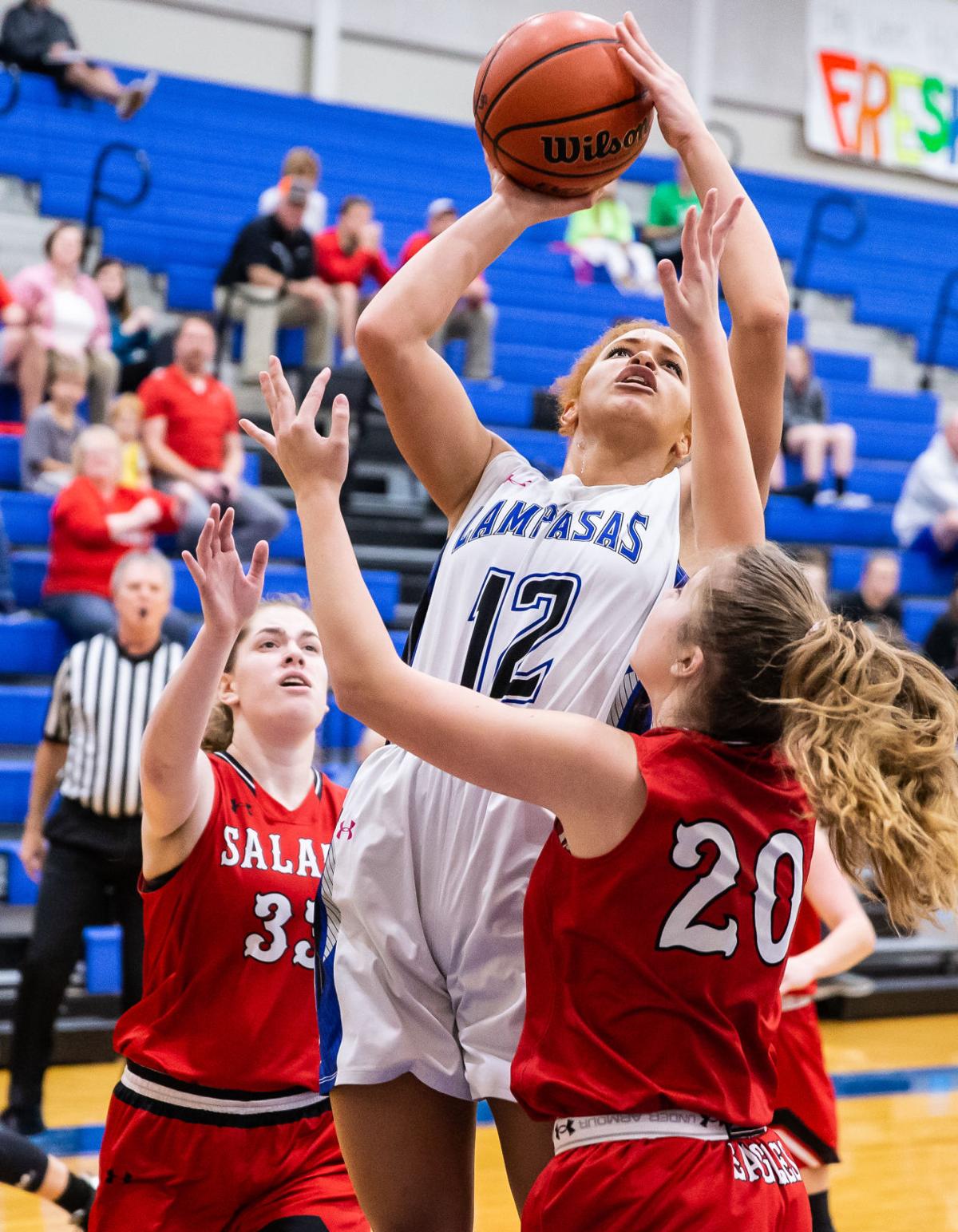 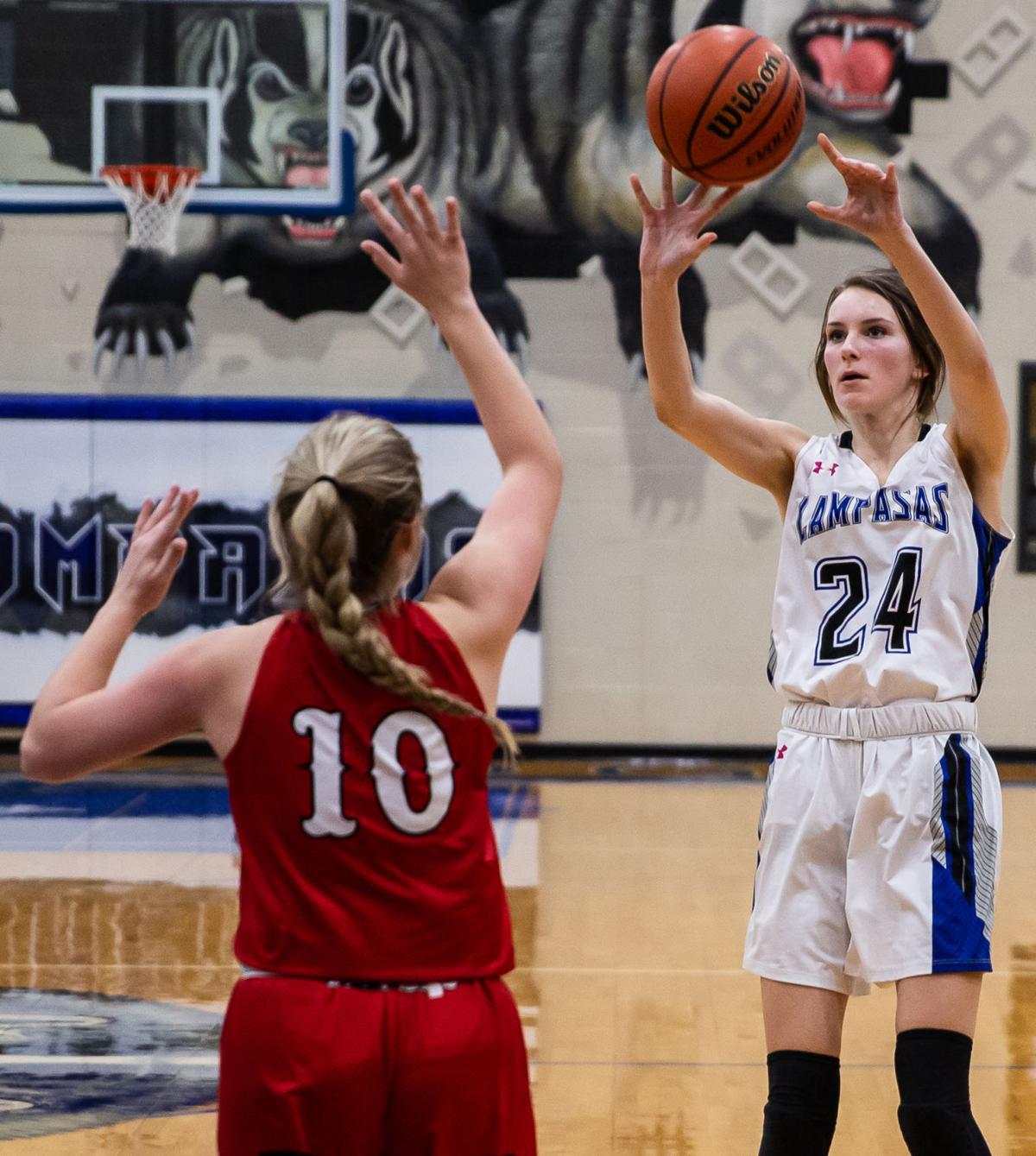 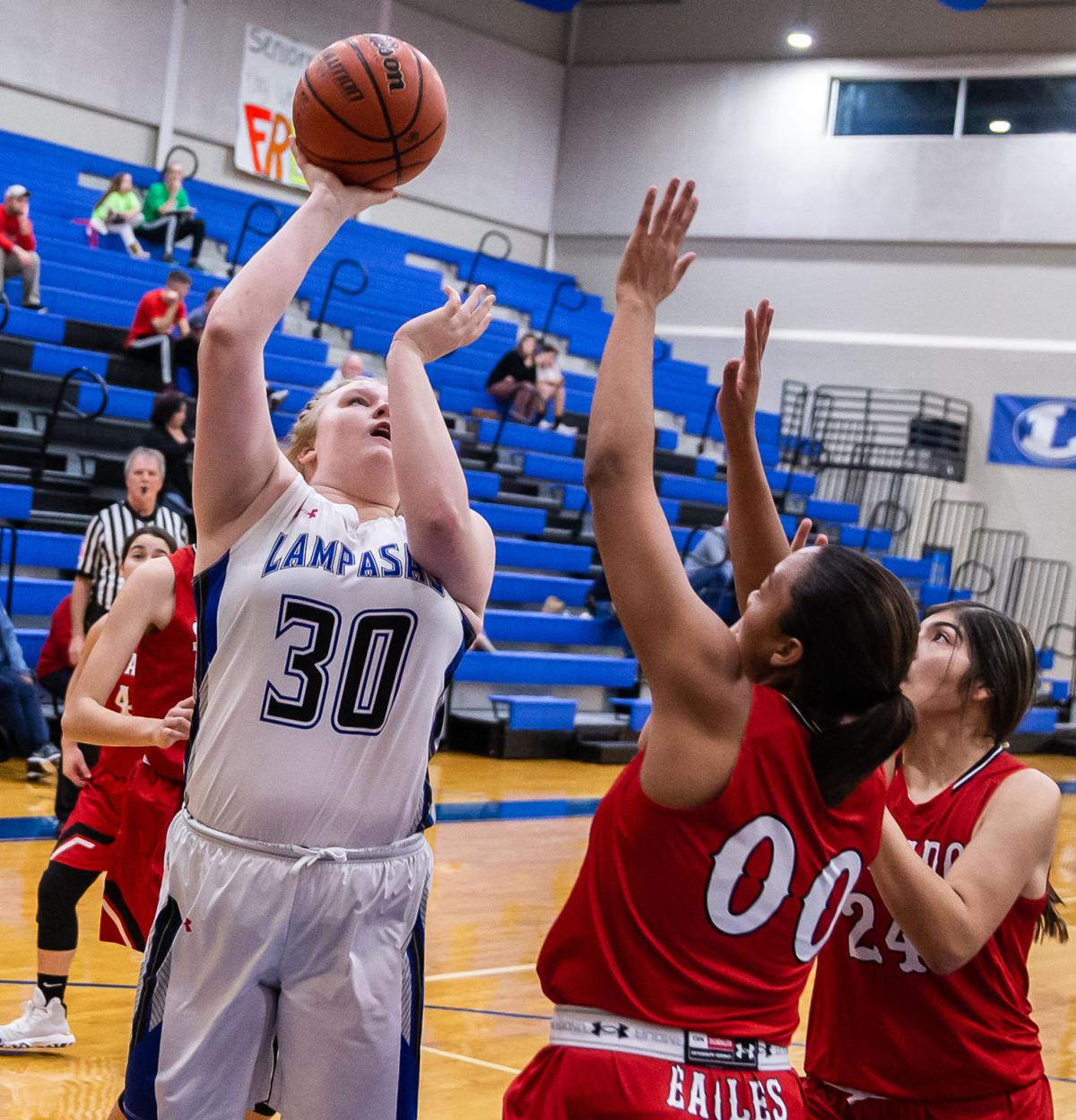 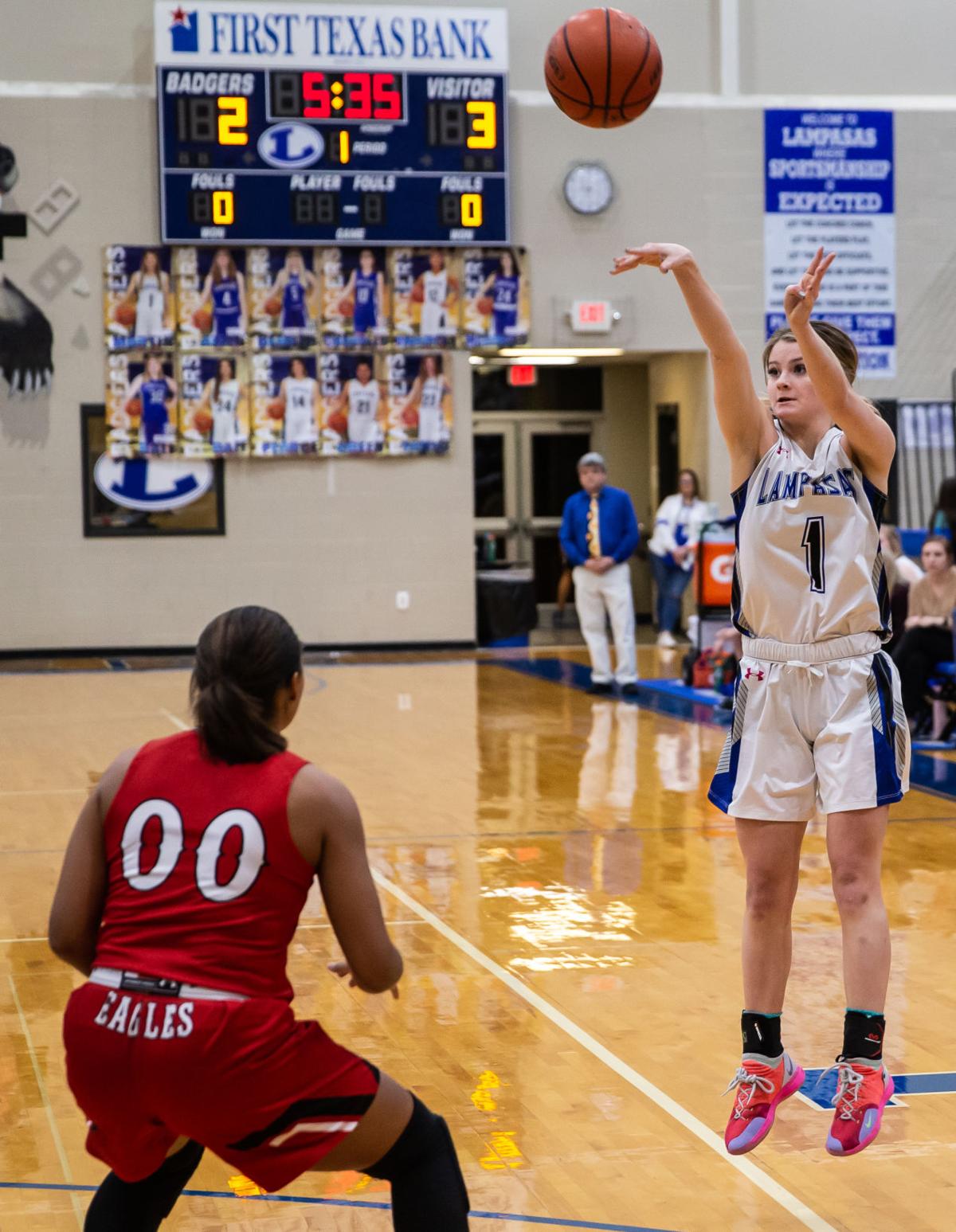 Salado's coach Diane Konarik talks to her players during a timeout Friday at Lampasas High School.

Salado's Katie Law (20) collects her own rebound as Lampasas' Addison McDonald (24) reaches for the ball and Areta Maugaotega (12) reaches for a block on Friday at Lampasas High School.

Opening its District 27-4A schedule, Salado saw a double-digit advantage evaporate in the second half as Lampasas tied the contest 43-43 midway through the fourth quarter.

Instead of losing their composure, however, the Lady Eagles responded, using a 7-2 outburst to help secure a 52-49 victory, and following the game, Salado head coach Diane Konarik admitted defeating Lampasas was only one obstacle her players were forced to overcome.

“We’ve talked all year about having mental toughness and not letting our emotions get the best of us,” she said, “and this was a very emotional game, but the girls did a good job of not letting their emotions take control.

“They showed their mental toughness, and they took the game.”

The Lady Badgers, who are ranked 14th in the Texas Girls Coaches Association poll, never led in the contest, falling into an immediate 21-7 hole as the Lady Eagles made 5 of 9 3-point attempts in the opening quarter.

Despite an 11-1 run spanning into the second period, Lampasas could not take command, pulling within four points, 22-18, before going into halftime trailing 30-22.

With senior guard Abby Martin and sophomore forward Julianna Dwamena accounting for 22 of their combined 28 points in the second half, the duo helped the Lady Badgers secure their only tie of the game as Cobie Chandler scored with 4 minutes, 10 seconds remaining in regulation.

Salado halted the comeback attempt there, though.

“I’ve only got four girls back from last year,” Lampasas head coach Mark Myers said, “and Salado has like nine or so, and that experience showed in this game.

“Salado knew what to do in certain situations, and I was having to give a lot of instructions. … We’ve got to play smarter.”

Salado senior Kaia Philen made a pair of 3-pointers in the first quarter and connected on 5 of 7 free-throw attempts in the fourth quarter en route to a team-high 14 points, while Amanda Cantu added a dozen points, Goings finished with eight points, and Lorena Perez contributed eight points and eight rebounds in the win.

Now, the Lady Eagles look to build on the momentum as they travel to play Austin Eastside Memorial on Tuesday.

While remaining undefeated in district will not be easy, Konarik believes beating Lampasas will be beneficial moving forward for reasons beyond the obvious.

“This is what we’ve been working toward all season,” she said. “We’ve been preparing for this since October, so it was real important to get this one.

“This allows us to go into the rest of our district schedule with confidence.”

LAMPASAS — Nate Borchardt cleared his mind. Then, the ball cleared the net.