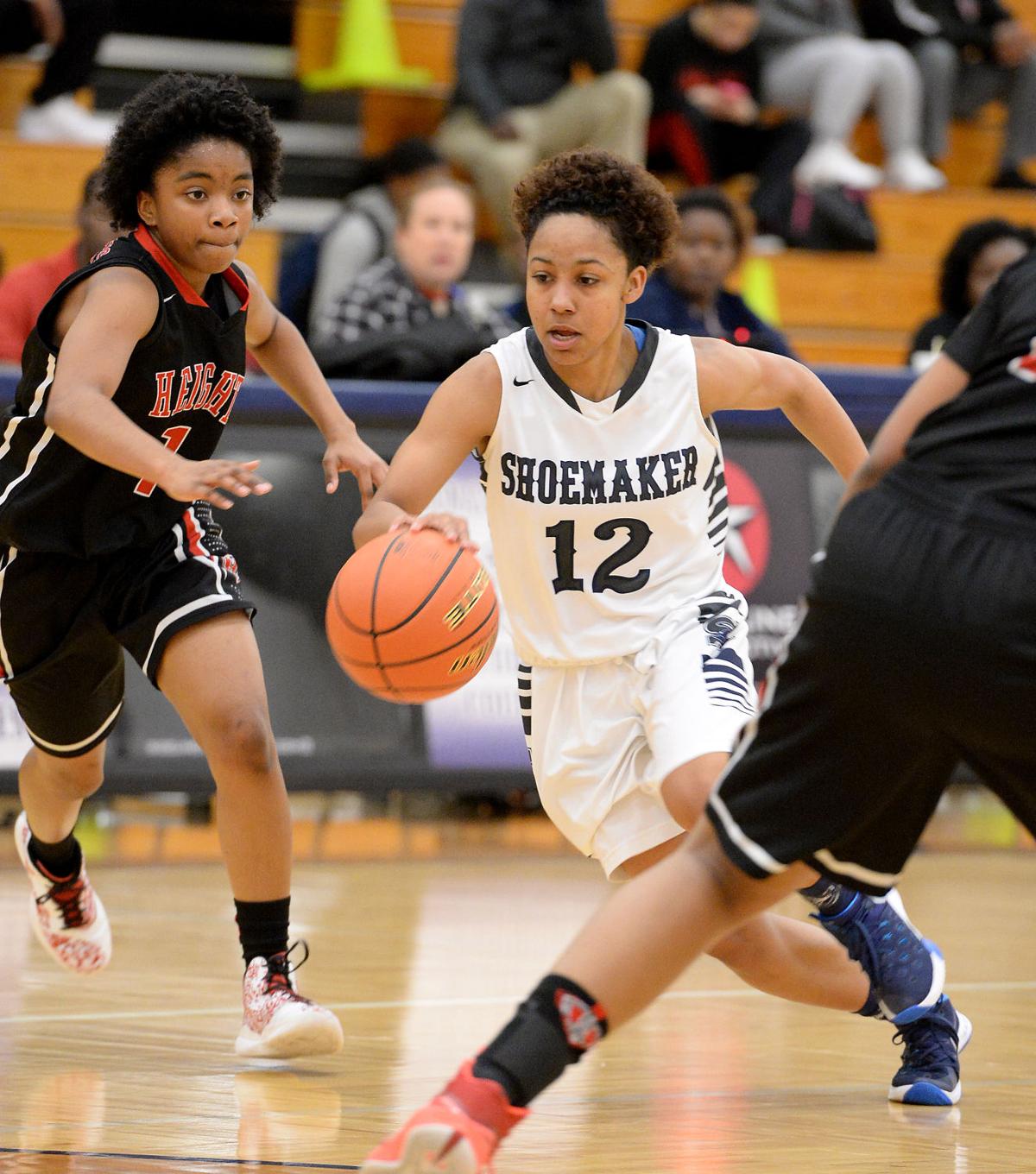 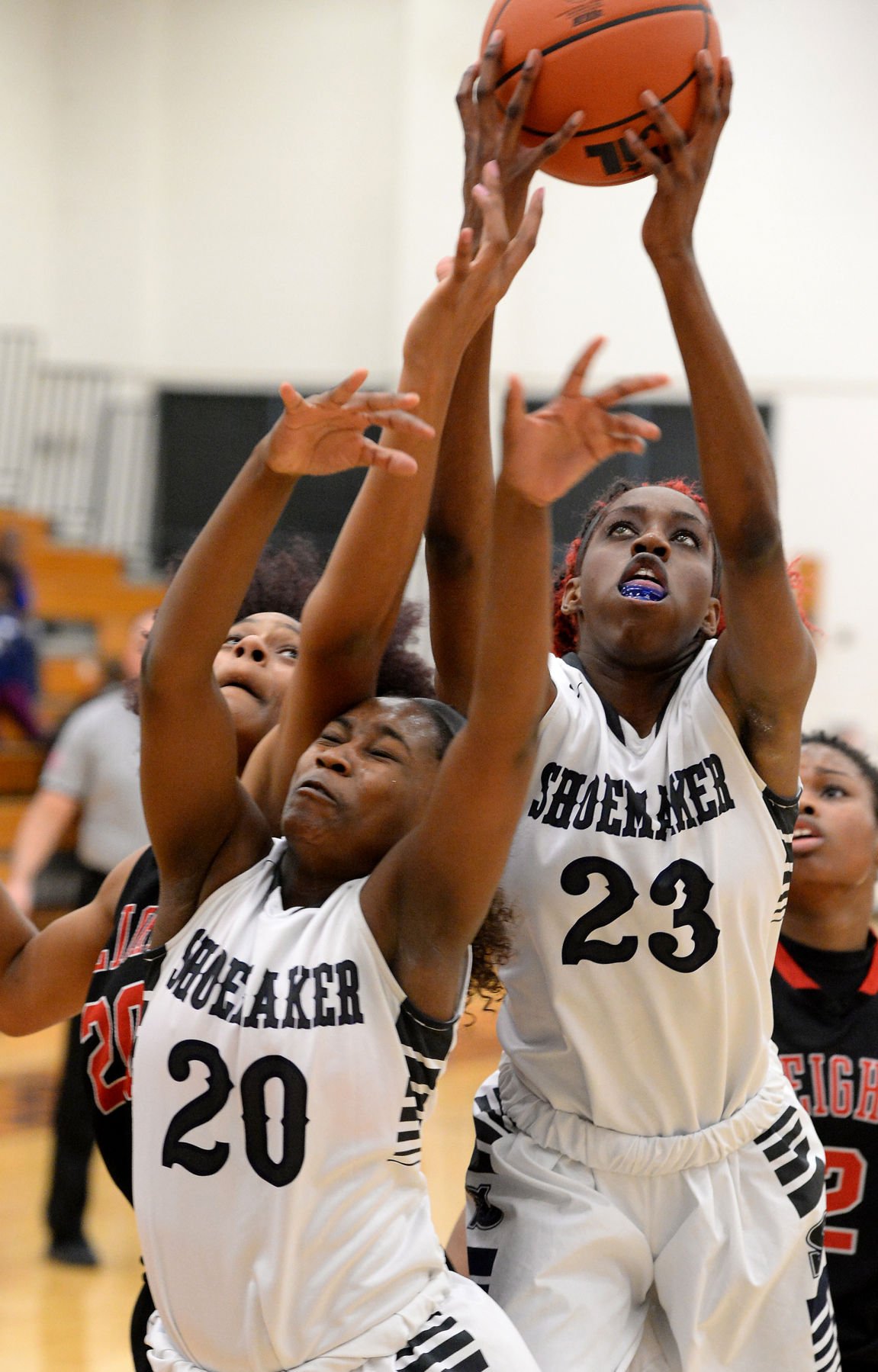 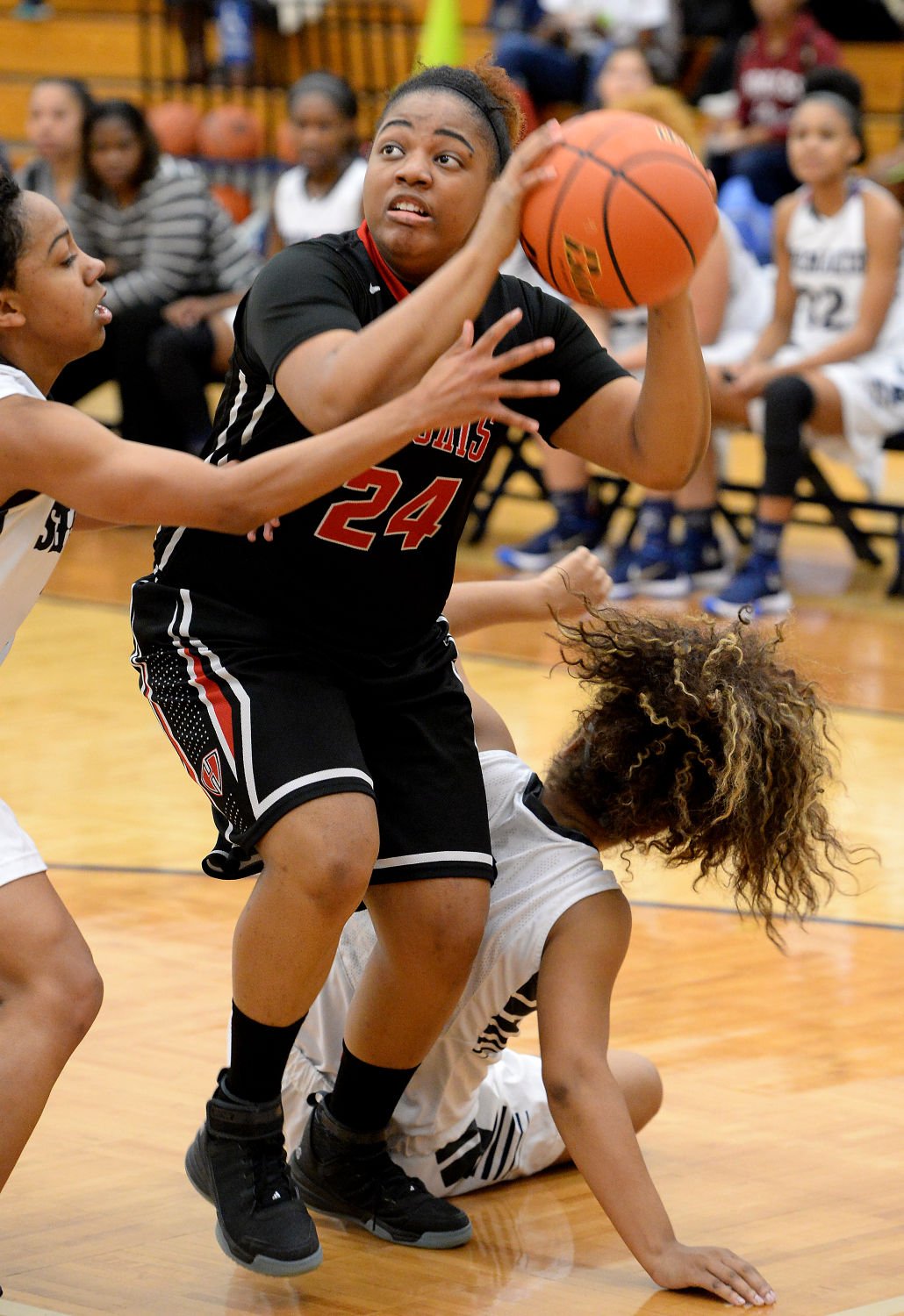 Harker Heights' Jalynn Bonner (24) looks toward the hoop against Shoemaker on Tuesday night at Shoemaker.

Harker Heights' Jalynn Bonner (24) looks toward the hoop against Shoemaker on Tuesday night at Shoemaker.

The last time Shoemaker took the floor for a district game, the Lady Grey Wolves saw their momentum come to a screeching halt with a 16-point road loss to the No. 11 Waco Midway Pantherettes.

So head coach Michelle O’Neal and the Lady Grey Wolves were more than happy to resume district play on a positive note Tuesday, claiming a 48-28 victory against Harker Heights at Shoemaker High School.

Junior Makayla Gatewood made up for lost time, returning to the court to score a game-high 14 points while affecting the game on both ends of the floor, O’Neal said.

Now, sitting a half-game out of first place, the Lady Grey Wolves head into a bye before two big games against Copperas Cove and No. 14 Killeen next week.

And O’Neal and her team couldn’t be happier with the fast start, as they’ve earned a leg up in the tough District 12-6A.

“We did a good job, particularly early in the game, of getting the ball inside,” Lometa coach Aaron Nuckles said. “(Rivera) scored on a lot of offensive putbacks.

Jasso scored 15 of his points in the second half, mainly by attacking the rim.

Shoemaker is playing for more than just the victory.