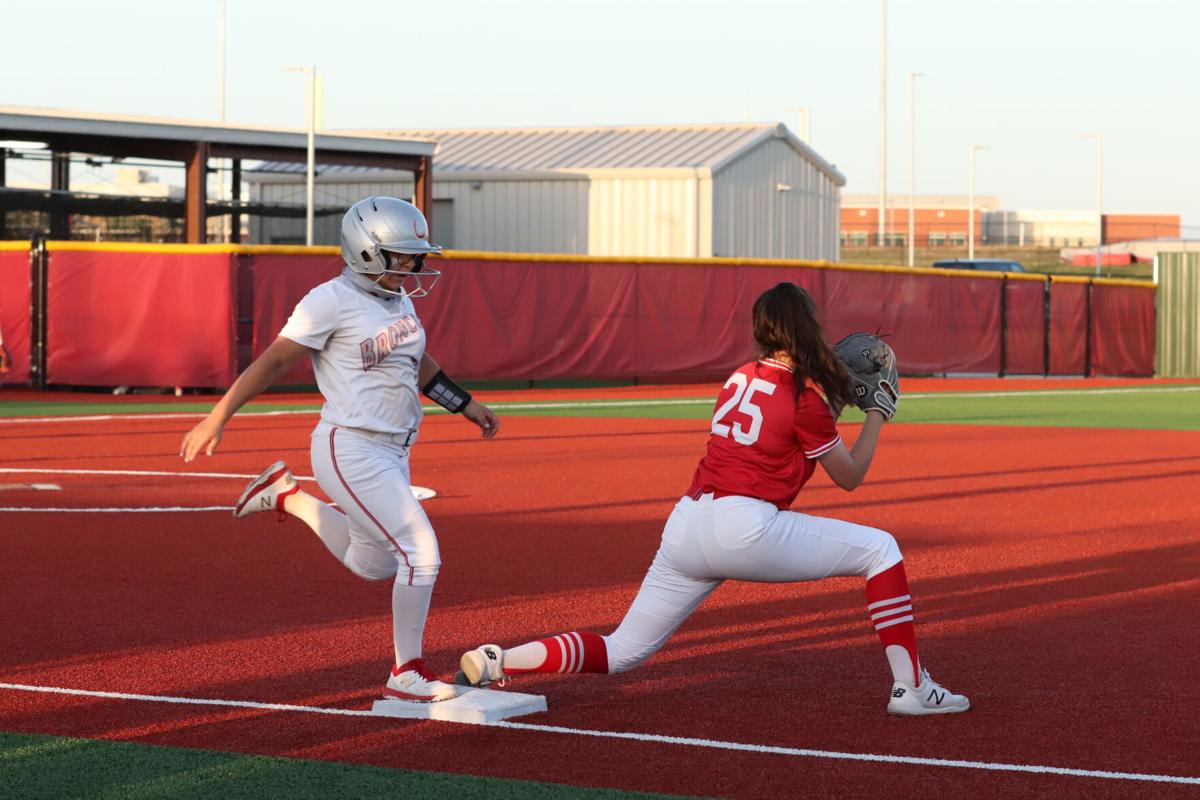 Salado’s Angel Van De Plas (25) records the out at first base as Lake Belton’s Elaina Herrera reaches the bag on a ground out to second on Tuesday in Temple. 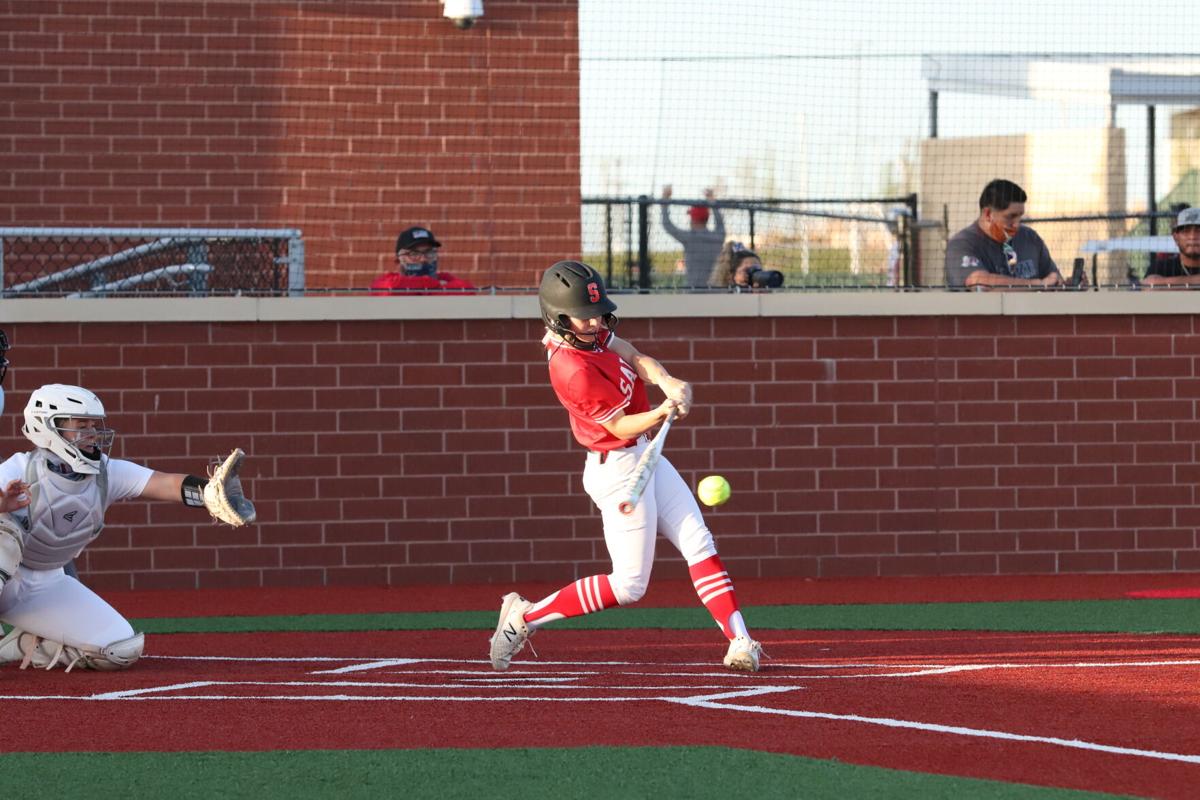 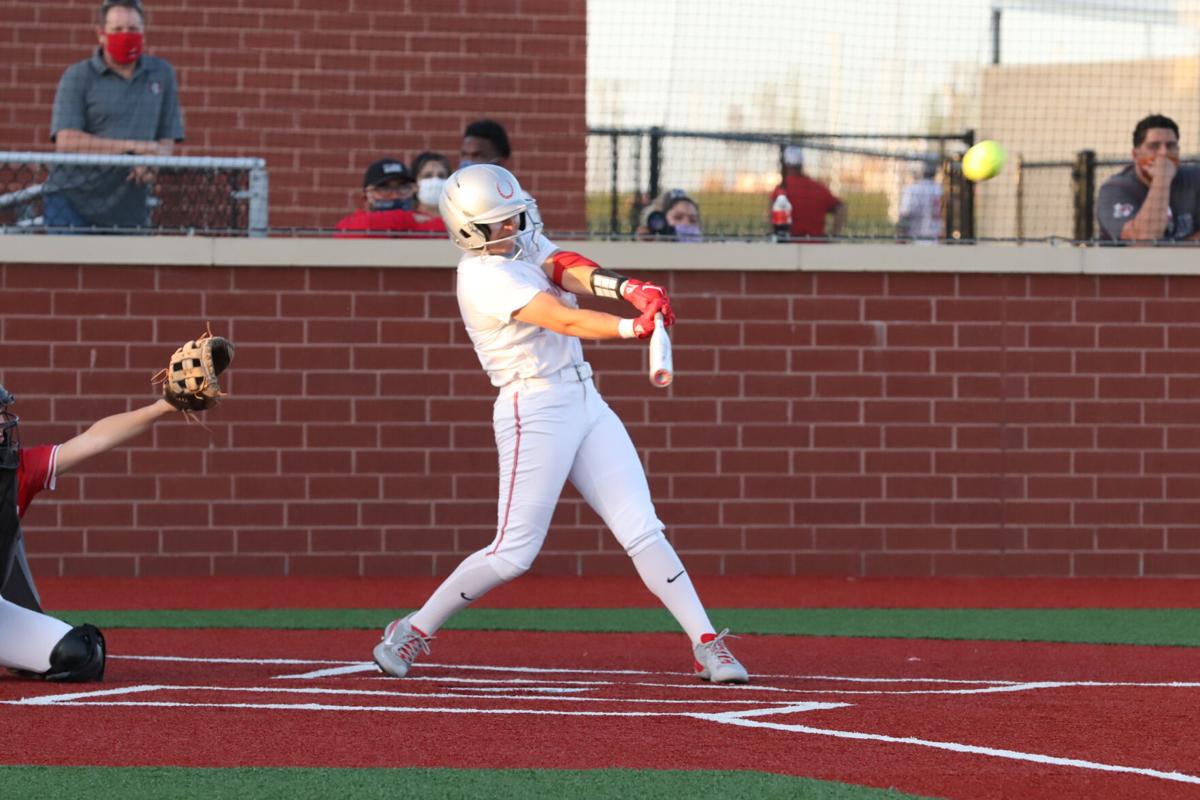 Angie Deleon hits a ball over the right-field wall for Lake Belton's third home run of the first inning Tuesday against Salado in Temple. 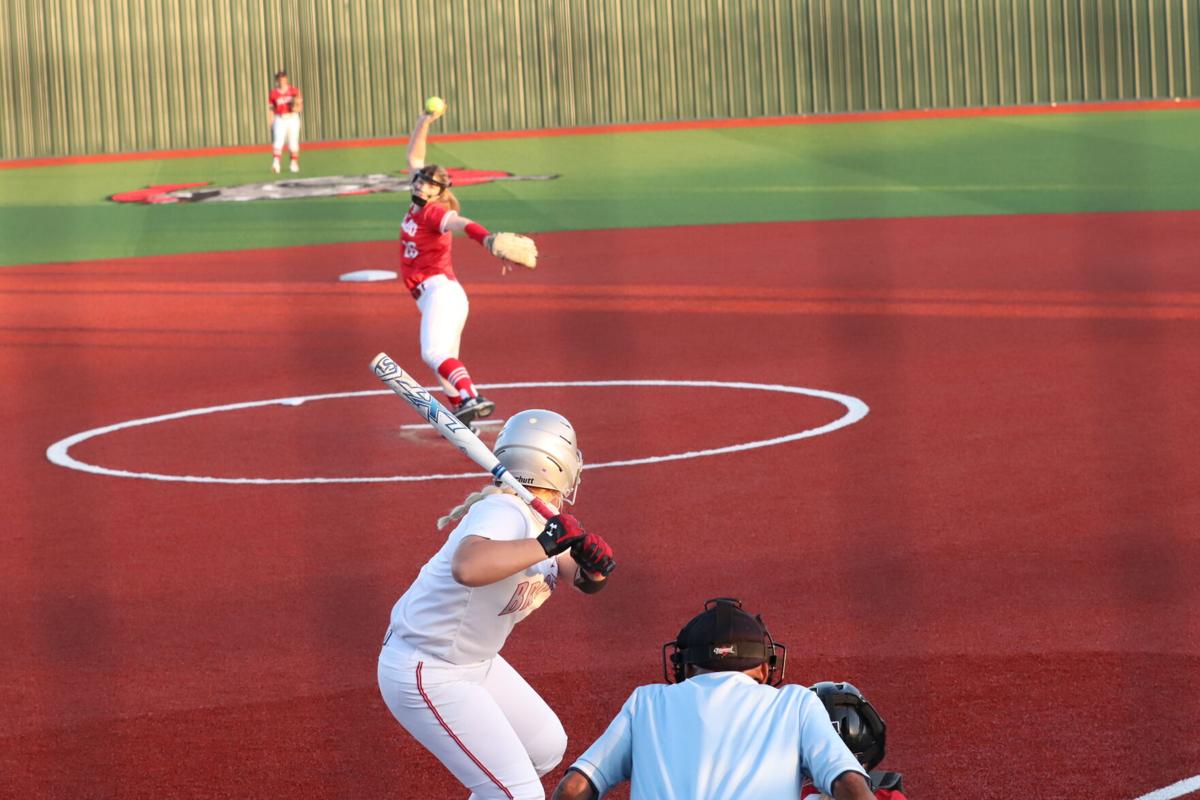 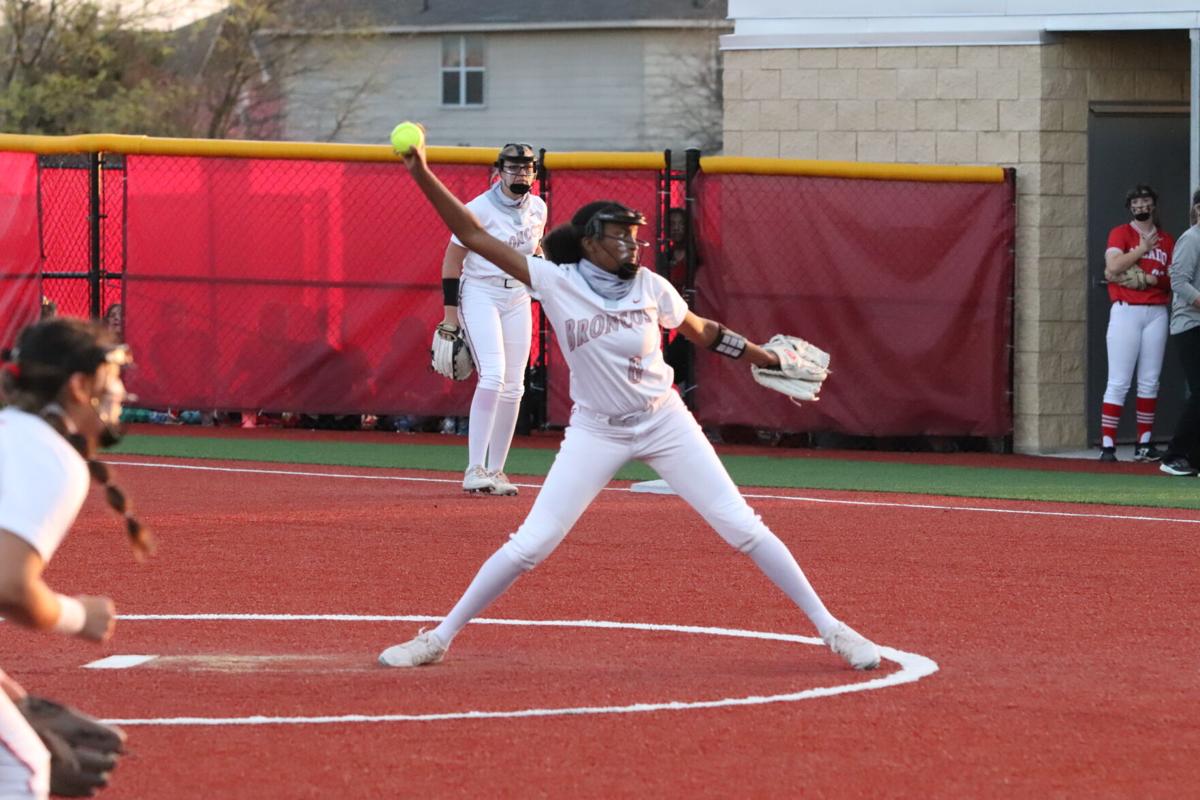 Salado’s Angel Van De Plas (25) records the out at first base as Lake Belton’s Elaina Herrera reaches the bag on a ground out to second on Tuesday in Temple.

Angie Deleon hits a ball over the right-field wall for Lake Belton's third home run of the first inning Tuesday against Salado in Temple.

TEMPLE — Casey Schultz stepped up to the plate with one out in the fourth inning looking to make a memorable night a magical one. The shortstop already had hit home runs in her first two at bats Tuesday night, and — like everyone cheering for the Lady Broncos — Schultz was looking for the hat trick.

She missed it by a matter of feet.

Schultz, who went 3-for-4 with two RBIs, hit a double off the top of the centerfield wall and helped lead Lake Belton to a 9-4 win over Salado at Bronco Field in a District 19-4A matchup.

Zakayia Fredrick excelled in the circle for most of the game. The Lady Broncos pitcher yielded four runs on five hits, but didn’t allow her first hit until the fourth inning. Fredrick also struck out 13, including eight of the first 11 batters she faced.

For Salado, starting pitcher Bri Waters allowed five runs and lasted just 2/3 of an inning before being run off by the Lady Broncos. Hannah Hudson took over in the circle and allowed four runs on seven hits through 5 1/3 innings.

Holman began Lake Belton’s first offensive showing with a double and came around to score on a double steal to make it 1-0. Lux’s two-run homer was followed immediately by Schultz’s solo home run, which made it 4-0 with still no outs in the first inning. Deleon’s shot over the centerfield wall pushed the Lady Broncos’ lead to 5-0.

Lake Belton continued the blitz with four more runs in the third. Schultz cleared the wall in left field, Deleon hit a two-run single to right field and Hoffman’s RBI double plated Deleon for a 9-0 lead.

Salado, who found little success against Fredrick through the first three innings, found life in the fourth and sixth frames. Hudson’s double scored Salado’s first run and the Lady Eagles added two more when Preston drove in a pair with a single to right field. Bartek’s RBI ground out in the sixth capped the scoring at 9-4 before Fredrick retired the side in order in the seventh.

HEWITT — In a year of firsts for newly opened Lake Belton, its girls soccer team recorded the biggest one yet.