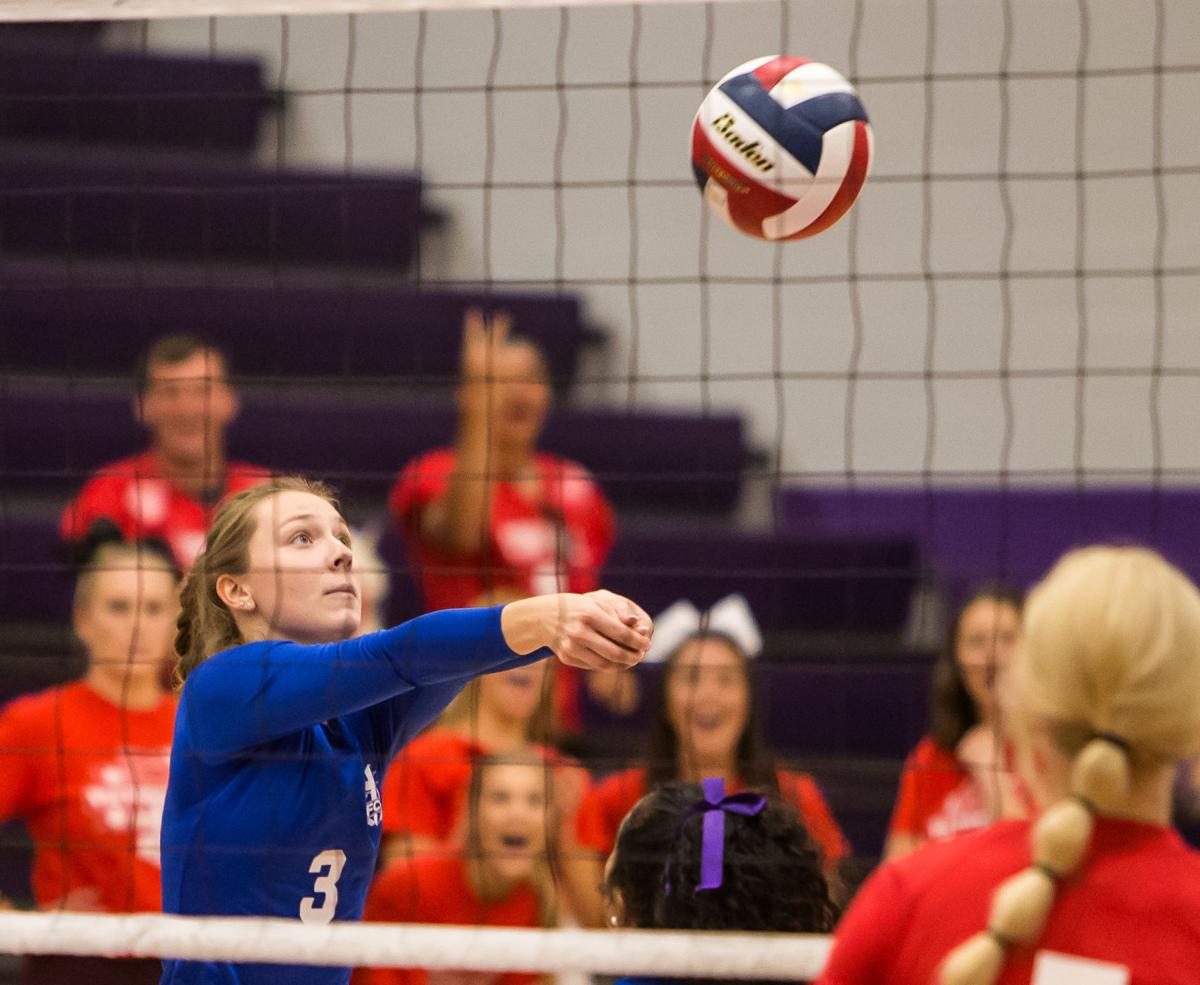 The Blue team's Katie Robinson (3) of Salado passes to set up a spike and point during the fifth annual FCA Victory Bowl volleyball game Saturday at University High School in Waco. 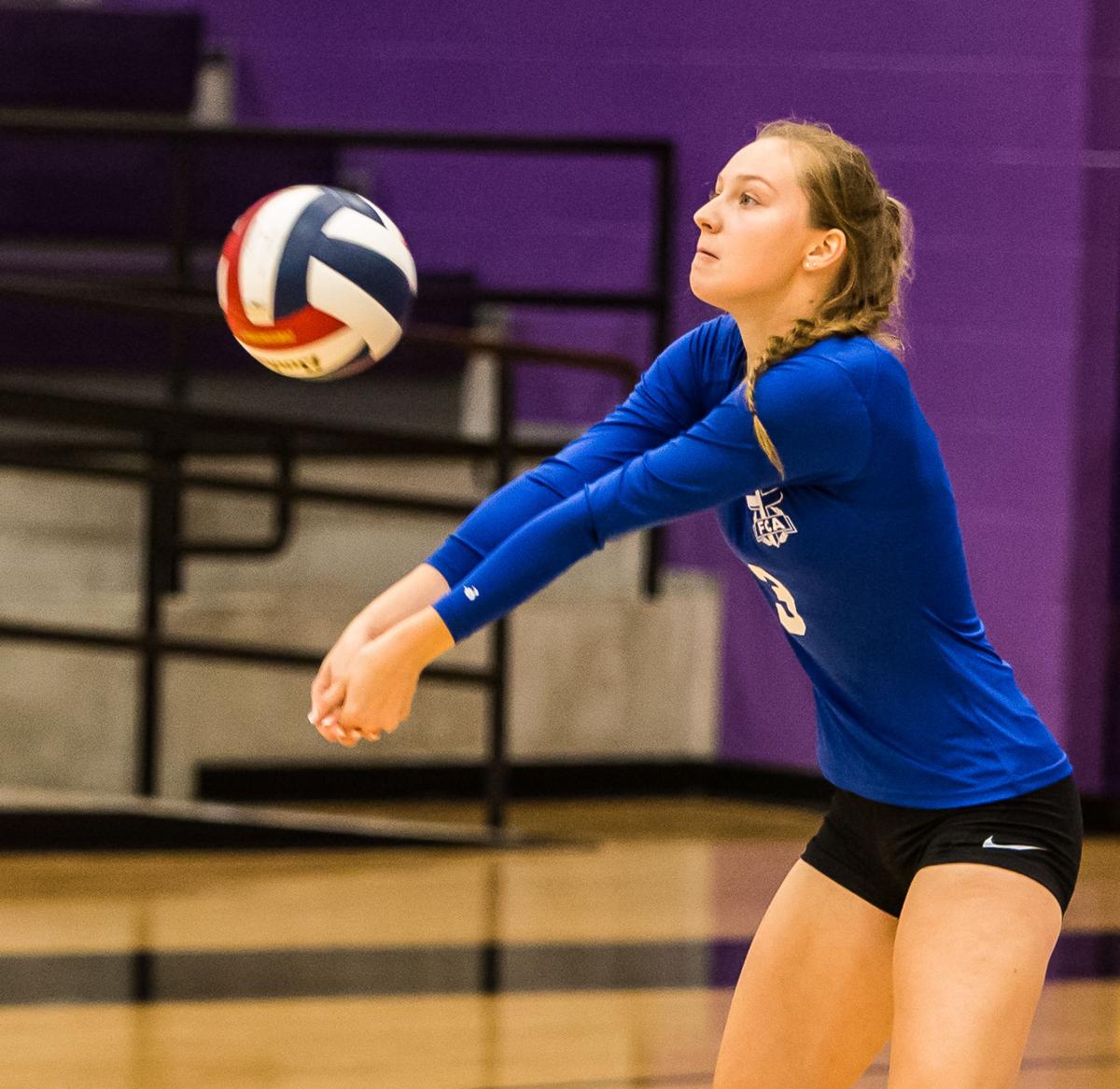 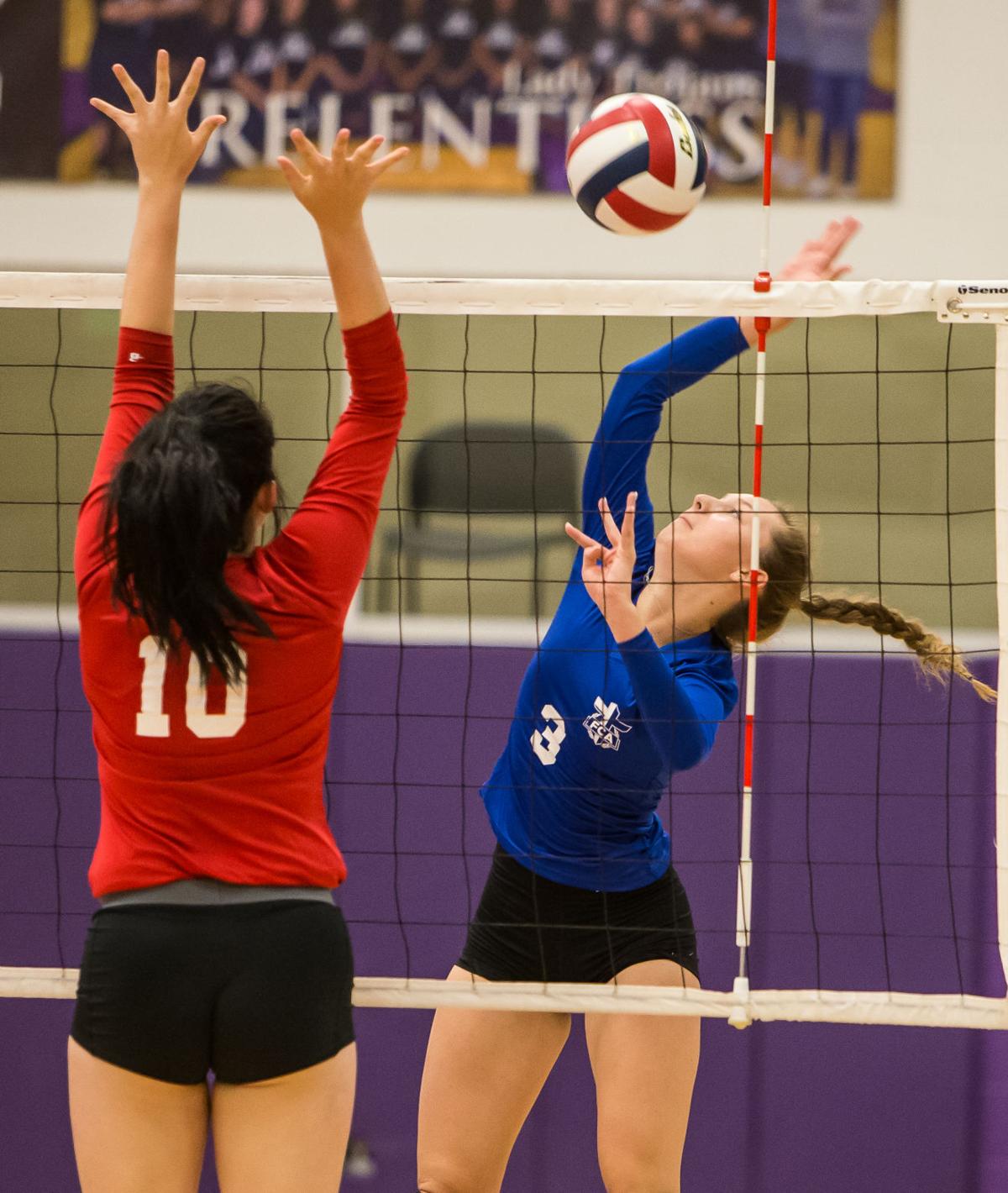 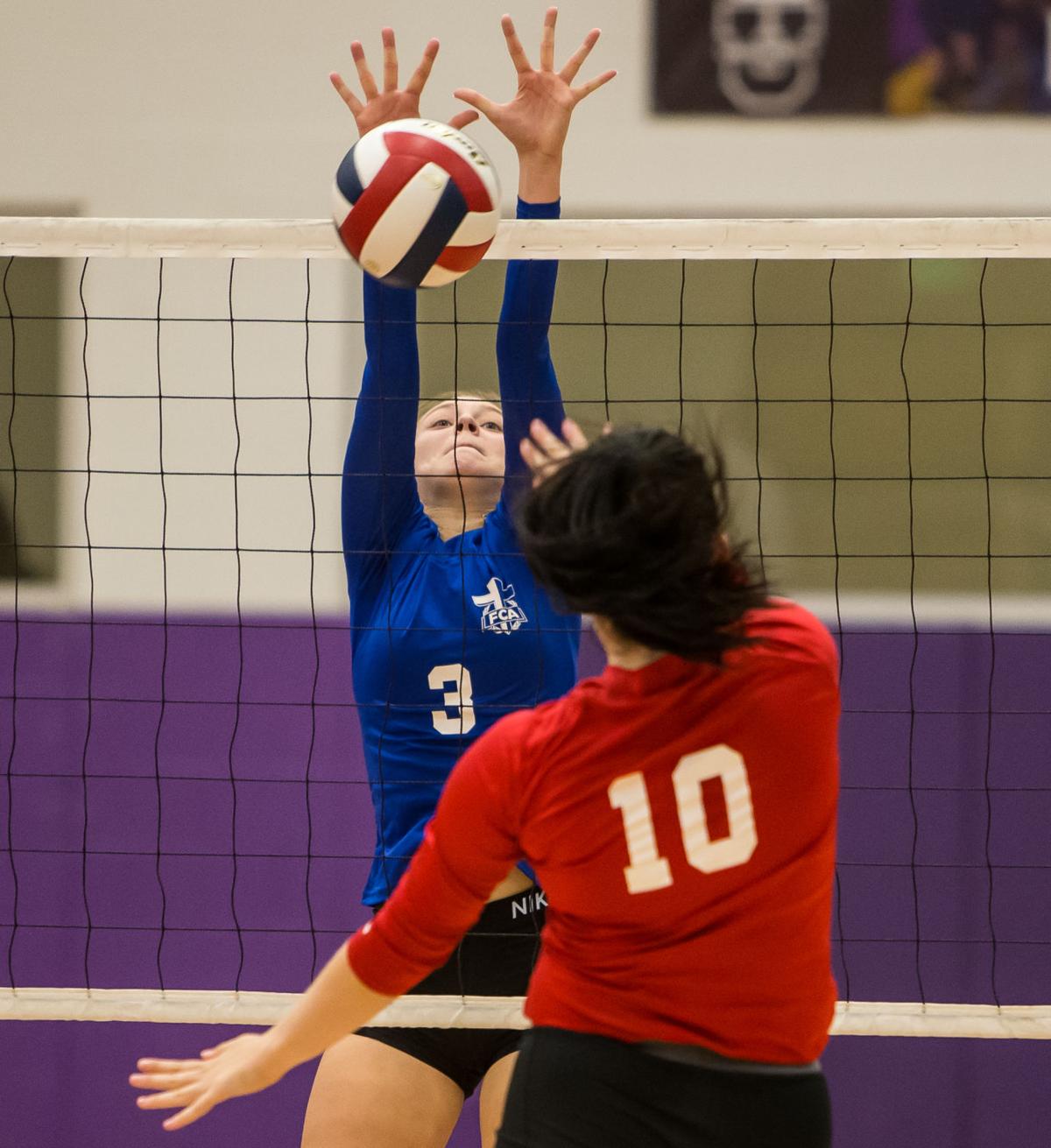 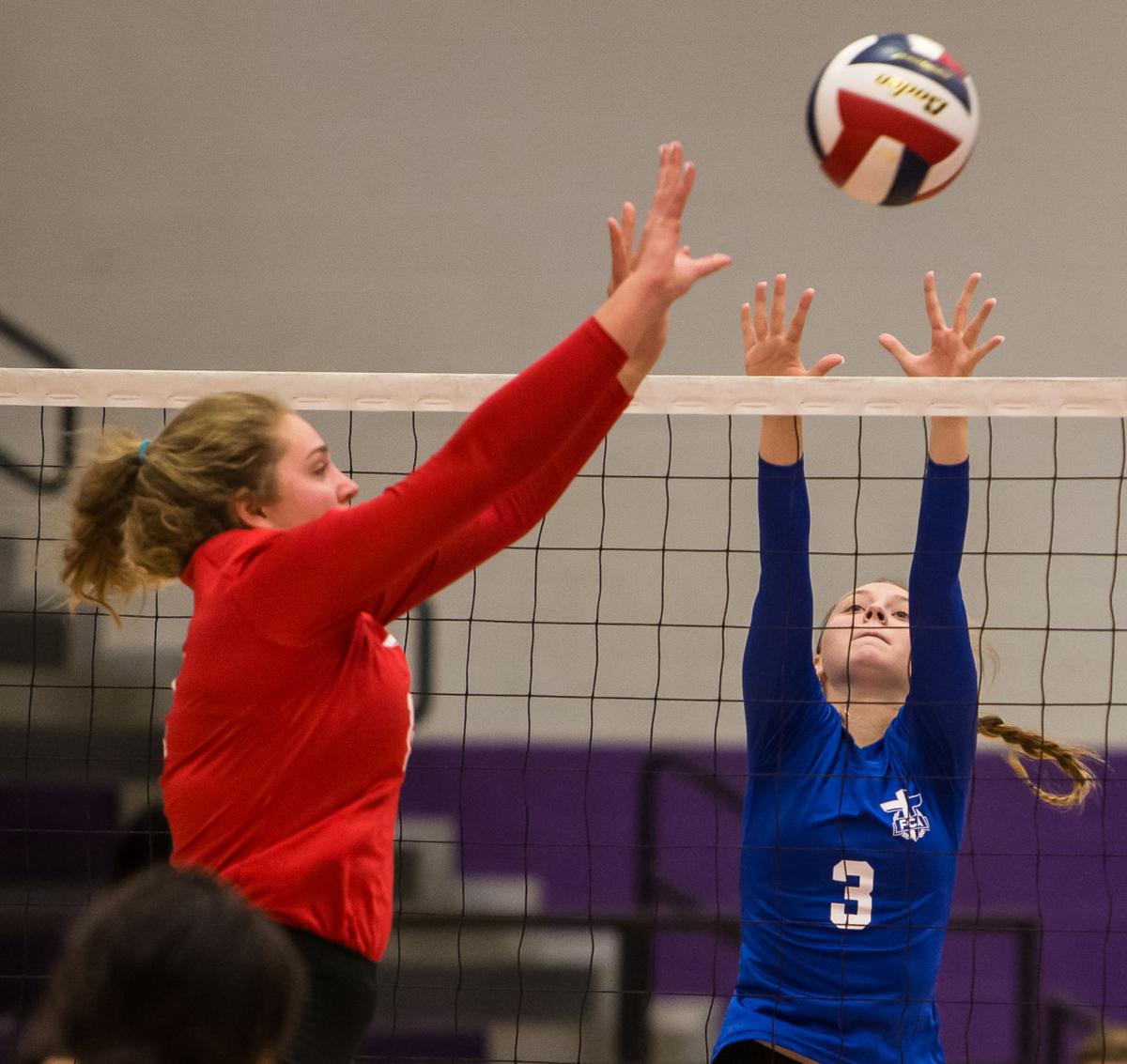 The Blue team's Katie Robinson (3) of Salado passes to set up a spike and point during the fifth annual FCA Victory Bowl volleyball game Saturday at University High School in Waco.

WACO — “This isn’t your typical church camp,” Salado graduate Katie Robinson said as she prepared to compete in her final organized volleyball game at University High in Waco.

After being selected to participate in the Fellowship of Christian Athletes Victory Bowl, Robinson couldn’t imagine a better way to start of her summer before her move to College Station.

“I think my favorite part was not just making the bonds with everyone on the team and our leaders and our staff here but getting to learn about Christ,” she added. “You’re with everybody that you’ve played and you all want the same thing. You’re all playing the sport you love.”

It was a packed house Saturday afternoon as the Victory Bowl football teams and cheerleaders came out to watch the game and support the teams.

While the Victory Bowl is in its 10th season, the FCA all-star record for volleyball was evenly split 2-2 for the Red and Blue teams.

Team Blue, including Robinson, came out strong with an early lead in the first set before taking a 25-19 win.

It was a best-of-five-sets match and Robinson aided her team’s victory with three block assists, four assists and five kills.

The Blue team broke the tie as they swept the red team with a 25-21 victory in sets two and three.

“It’s a competition but at the end of the day we’re all winners in Christ,” Robinson said. “This is a great way to end it.

“I’m so grateful for the opportunity. I’m grateful for all those who let me play and just let me be on the court.”

With plans to study to be a doctor at Texas A&M, Robinson is looking to join a club or intramural team to keep in shape and have some fun outside of studying.

The Victory Bowl week included daily devotions and community service, which she enjoyed being able to take part of and share the love of the game with the next generation of athletes.

“We went to a Boys and Girls Club recreation center and we got to play with the younger kids there,” Robinson said of the volleyball teams’s outreach. “We taught them volleyball.

“(The kids) make great connections with you when you get there. We didn’t want to leave but it was a great time.”

Robinson graduated from Salado on June 1 and hopes her fellow Lady Eagle teammates take the time to enjoy the rest of their high school careers.

“Have as much fun as you can while you’ve got it,” she advises, “because it’s real sad when it ends, so have fun.”