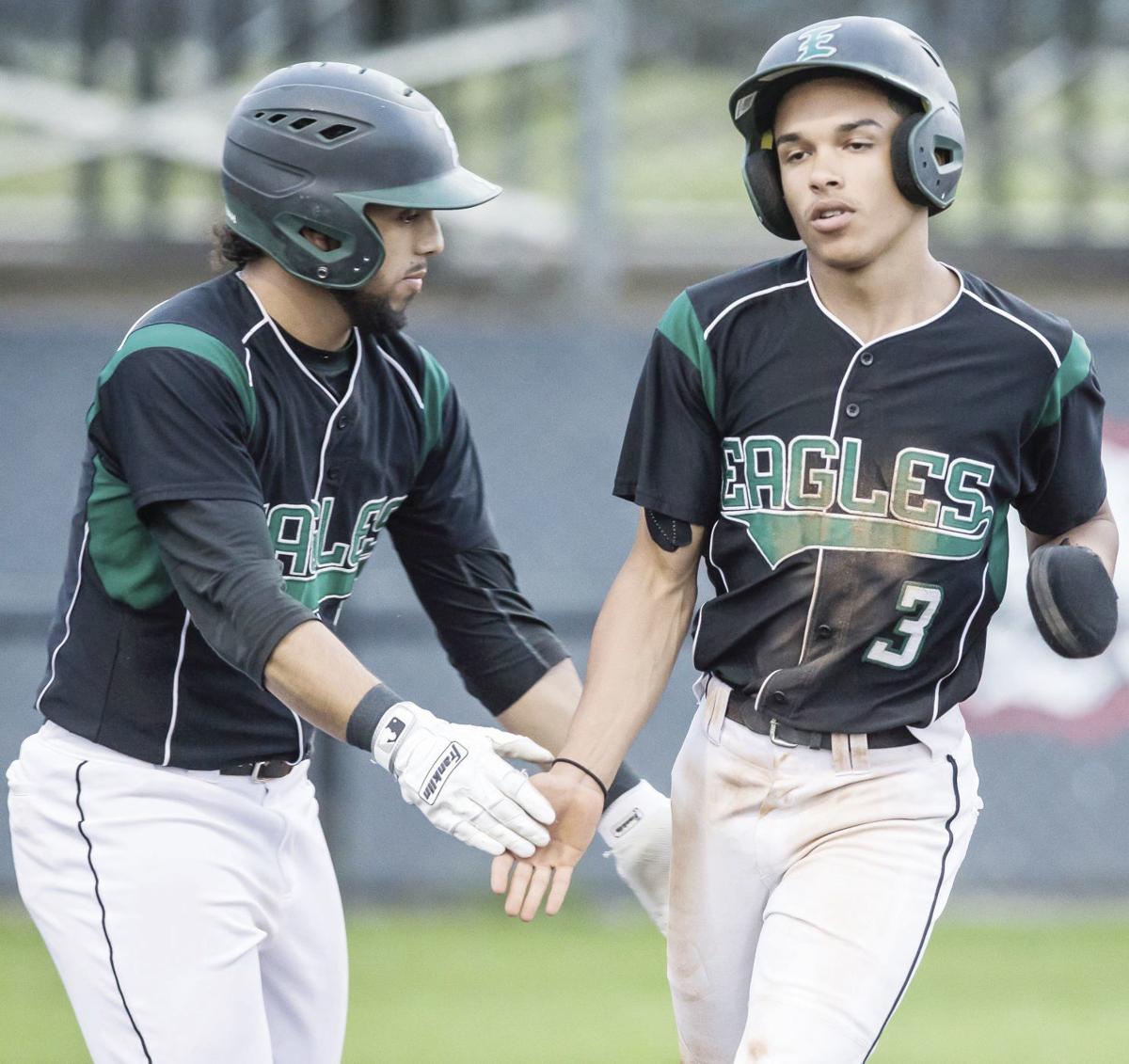 Ellison’s Julian Vascot (3) is congratulated by a teammate after scoring the tying run in the third inning on April 16, 2019, at Harker Heights. Vascot was selected to the All-District 12-6A First Team for the second straight season. 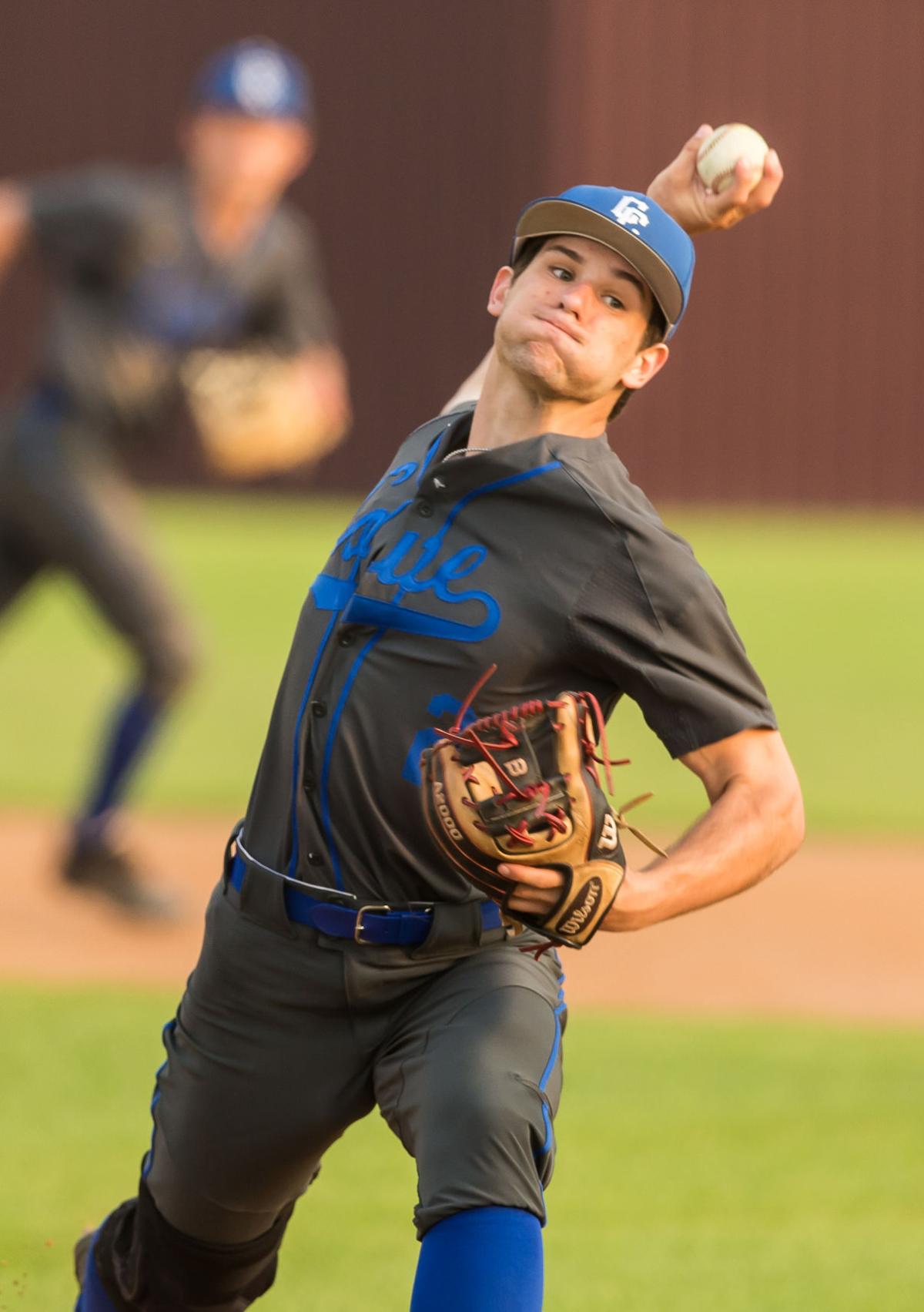 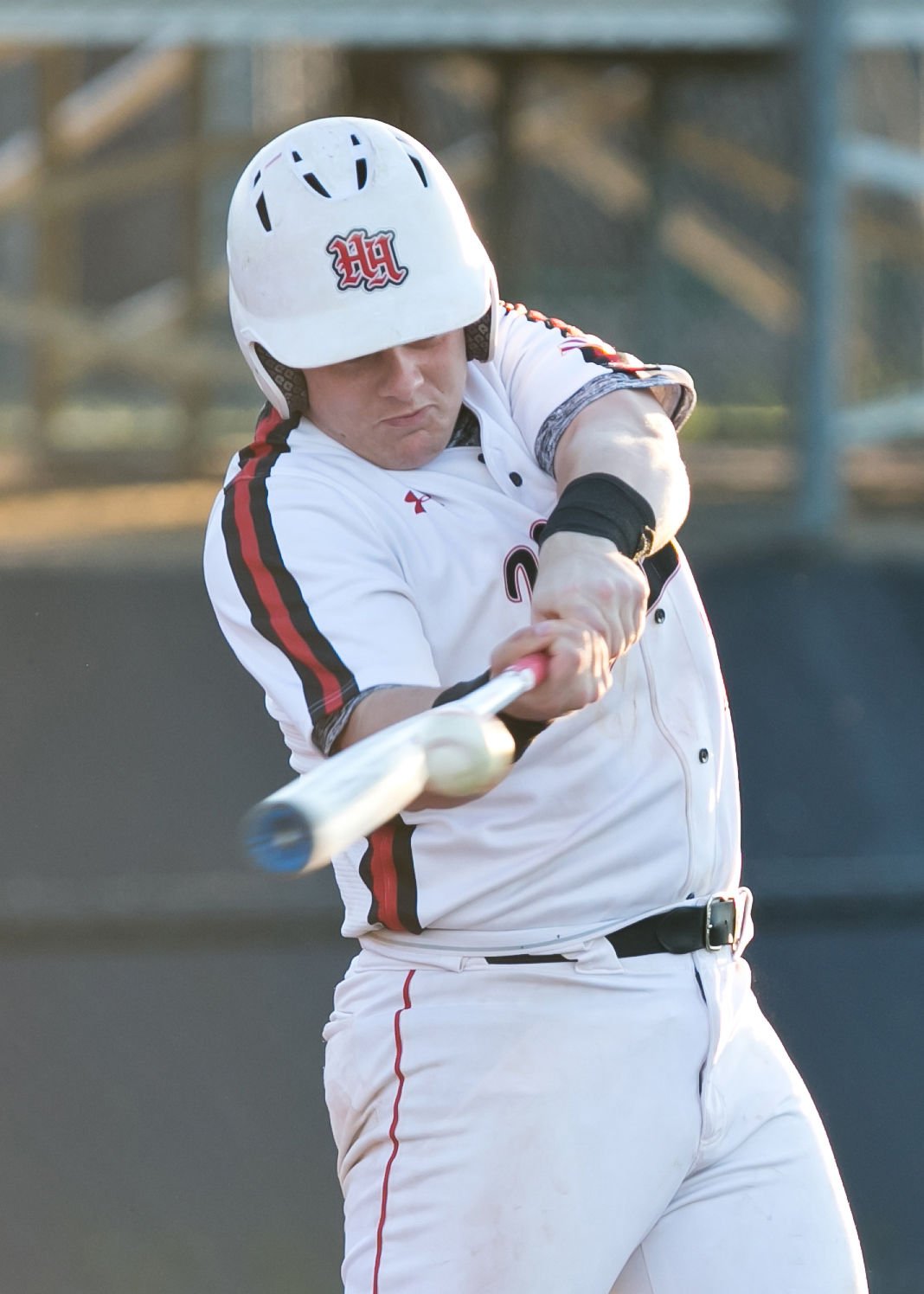 Ellison’s Julian Vascot (3) is congratulated by a teammate after scoring the tying run in the third inning on April 16, 2019, at Harker Heights. Vascot was selected to the All-District 12-6A First Team for the second straight season.

The end of the high school baseball season was a gut punch for nearly everyone. But perhaps no team felt the sting more than Shoemaker.

And especially the Grey Wolves’ All-District 12-6A First Team selections pitcher Jesus Encarnacion and outfielder Benjamin Hamilton. The two seniors helped Shoemaker take the early district lead in a bid for its first playoff appearance since 2013, and if there had been enough of a season played to pick 12-6A accolades, those two were among the leading candidates.

The All-District 12-6A Team was released late last month after the UIL canceled the rest of the spring sports calendar.

“I think Jesus would have been definitely in the running for district MVP, if not pitcher of the year,” said first-year Shoemaker coach Adam Froeschl. “Benjamin, he’d been right up there for one of those hitter of the year or MVP-type awards, too, because he was really having a great year, and he was still getting better when the season ended.”

And Froeschl, in his first year leading a varsity baseball team, was the runaway front-runner for coach of the year.

The Grey Wolves have been mostly bad since that playoff appearance. Last year they didn’t win a regular season game.

But that all changed in 2020. Shoemaker opened the season with a district win over Harker Heights. After an up-and-down stretch of nondistrict games, the Grey Wolves beat Ellison, another solid 12-6A program. The real head-turner came after an 0-2-1 run in the Killeen ISD Classic — a 3-2 win over perennial district power Waco Midway. At 3-0, Shoemaker was on top of the district, looking the part of a bona fide playoff contender. The Wolves (7-5-1 overall) followed that up with a win over Del Valle and a 26-4 pasting of Manor.

And then a pandemic, the likes of which hasn’t been seen in this country for more than 100 years, shut down the season.

Encarnacion was 2-0 in his three 12-6A starts with 30-plus strikeouts, including the win over Midway. He and Hamilton had key hits in all three games. Their impact was huge. Only Killeen and Temple had fewer players on the first team.

Midway (1-1 12-6A) declined to participate in the all-district process, but later posted first- and second-team and honorable mention selections for its own players on social media.

Ellison started 0-2 in 12-6A, including a 3-2 loss to Shoemaker. The Eagles had four players on the first team, including junior Julian Vascot, a first-team catcher on last season’s playoff team.

Junior Elias Rodriguez played multiple positions for Ellison and batted .317 with 14 RBIs in the No. 2 hole.

“The four young men were having a great season against some of the best teams in the state during the tournaments,” Ellison coach Ty Oppermann said. “We just started settling in and were about to get rolling.”

Chan Rinehart and Mikelle Mason, who were 1-2 in nearly every offensive category for the Knights, represented Harker Heights on the first team.

Rinehart, a three-year starter at first base, batted .386 for Heights and led the team in RBIs. Center fielder Mason batted .308.

“They were kind of our anchors,” Heights coach Randy Culp said. “Two big senior leaders that produced on the field. I’m really going to miss those guys.”

The Knights, with five sophomores in the lineup, started 0-3 in 12-6A against teams that were a combined 7-1, including a one-run loss to Shoemaker and a two-run loss to Cove.

“We were just kind of figuring it all out as we got shut down,” Culp said.

Utility player Brandon Fox made the first team for Killeen.

Temple junior Aaron Wagaman, who opened the season by no-hitting Belton and tossed a four-hit shutout against Killeen a week later, was the Wildcats’ lone first-team selection.

Waco had four players on the first team.

Because of its size, 12-6A was one of the few districts that even started league play. And though it was a short season, more than one coach thought it was important to bring some recognition to the players in a difficult time.

“There were some kids that had some really good performances and that did really good things,” Froeschl said. “With everything else being taken away from the kids unexpectedly, at least we got to recognize them and their efforts a little bit with the all-district team.”

Baseball turnaround was already evident, but Wolves may not get chance at playoff race

Jesus Encarnacion understands Shoemaker might not accomplish its goal.