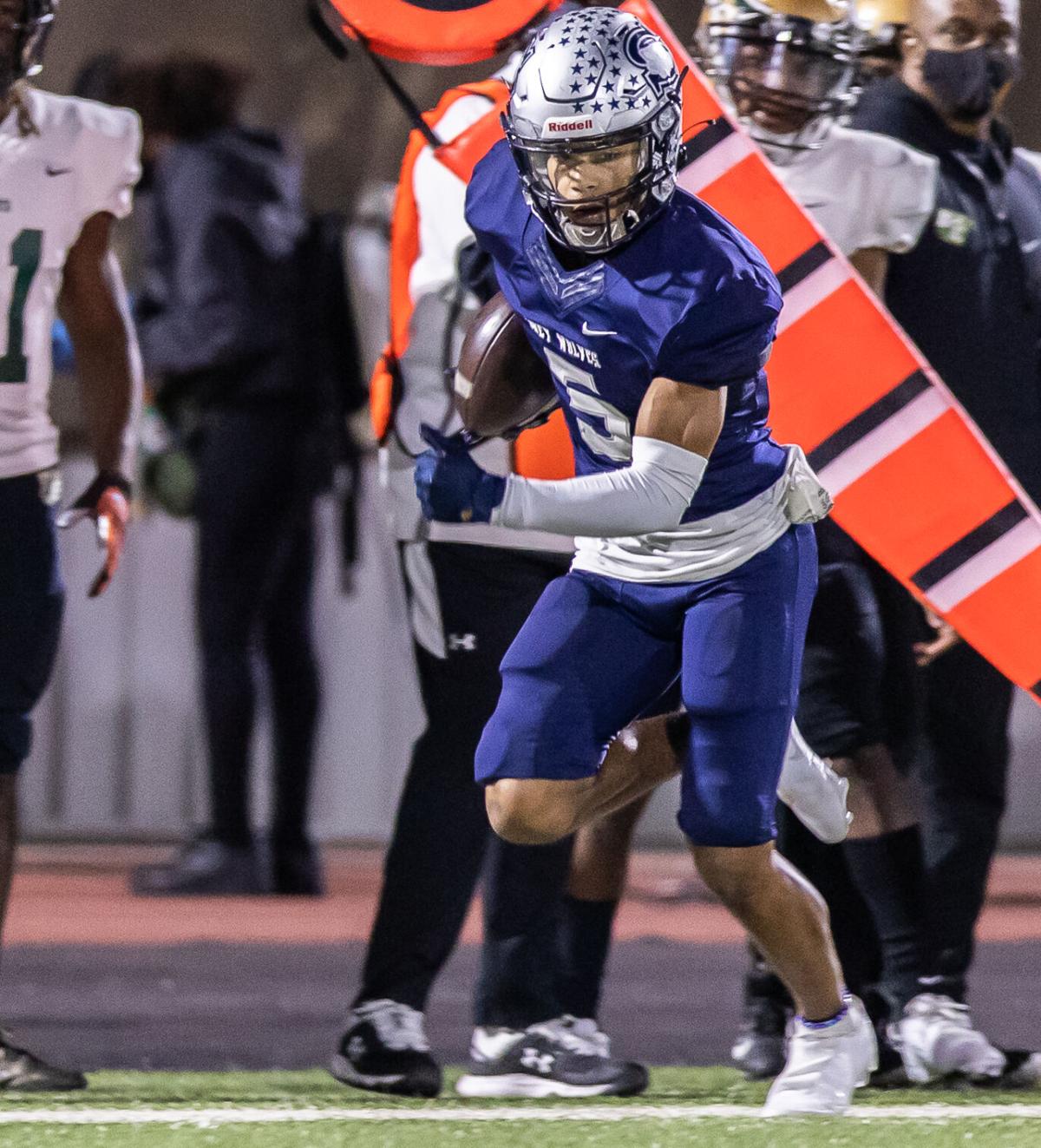 Shoemaker's Monaray Baldwin (5) runs down the sideline for long yardage in round one of the playoffs against No. 11 DeSoto at Leo Buckley Stadium on Thursday, December 10, 2020. 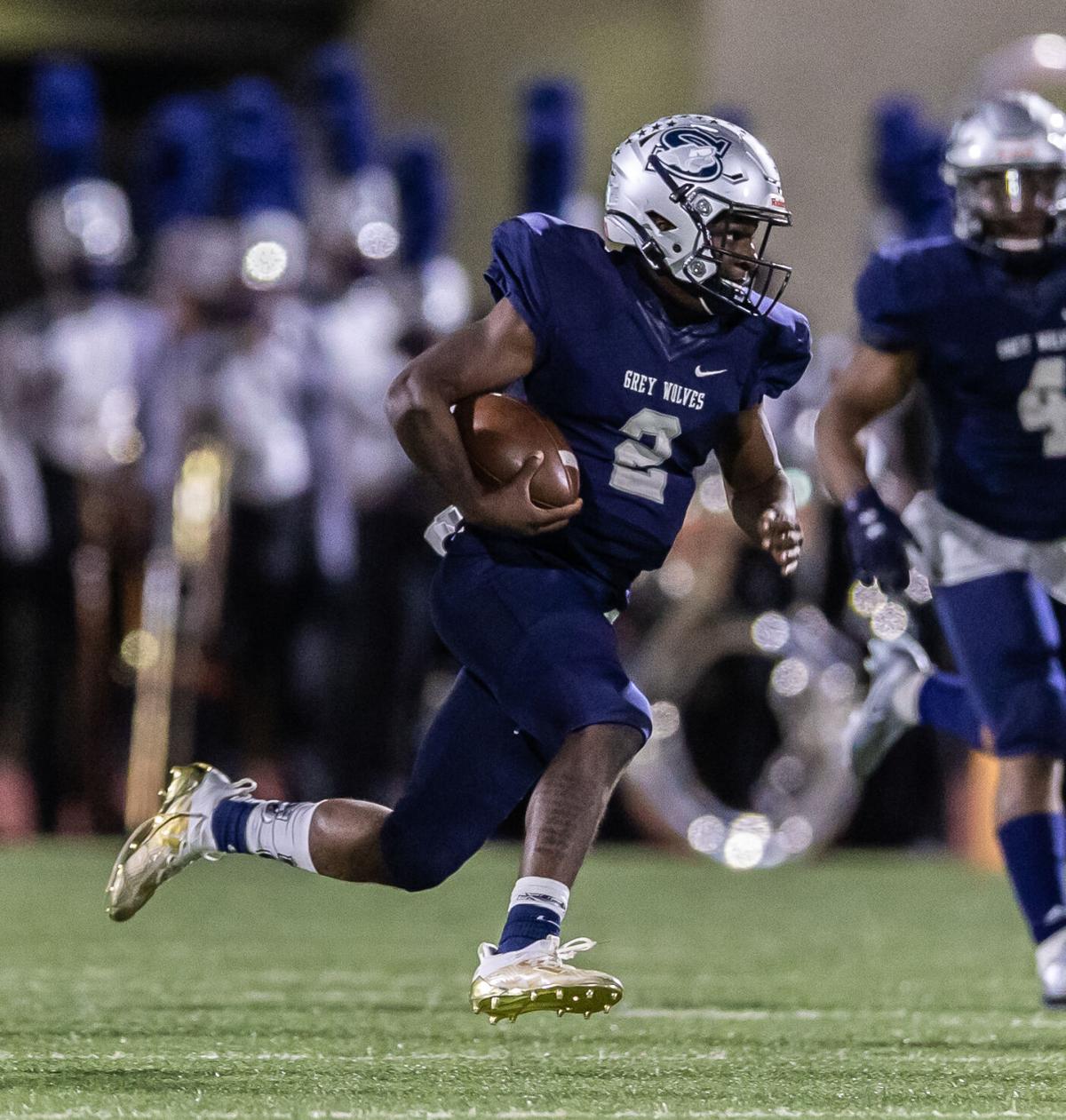 Shoemaker's Ty Bell (2) runs for a first down in round one of the playoffs against No. 11 DeSoto at Leo Buckley Stadium on Thursday, December 10, 2020. 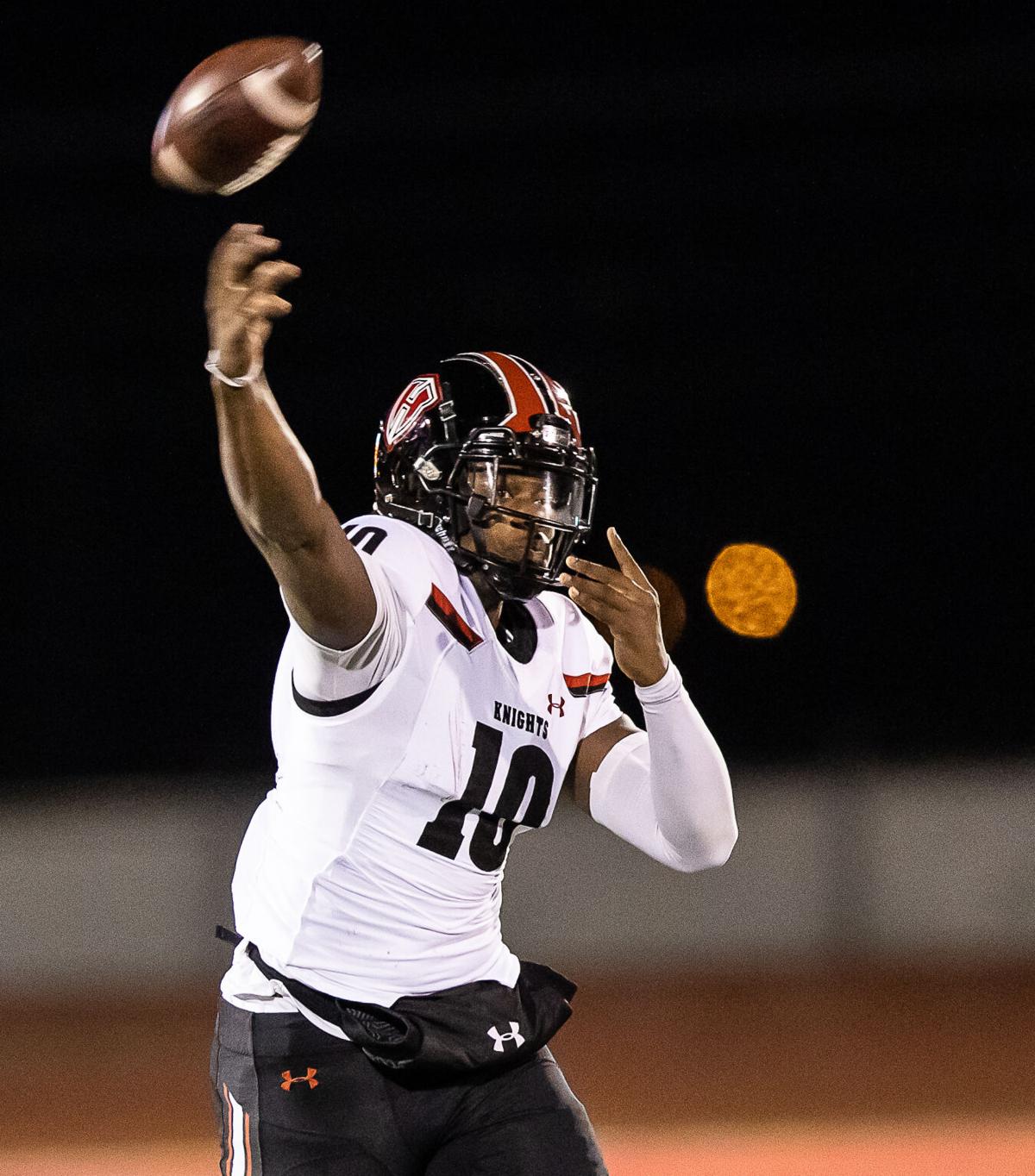 Shoemaker's Monaray Baldwin (5) runs down the sideline for long yardage in round one of the playoffs against No. 11 DeSoto at Leo Buckley Stadium on Thursday, December 10, 2020.

Shoemaker's Ty Bell (2) runs for a first down in round one of the playoffs against No. 11 DeSoto at Leo Buckley Stadium on Thursday, December 10, 2020.

It was a banner year for Shoemaker, and the reasons why are obvious.

For just the second time in program history, the Grey Wolves finished as a runner-up in their district’s standings, matching their best showing ever.

A mere two seasons removed from a two-victory campaign, which followed a pair of winless seasons, the turnaround occurred quickly thanks in part to a talented pair of senior playmakers, who were each recently rewarded for their efforts.

Shoemaker receiver Monaray Baldwin — a Baylor signee — was named 12-6A All-District Co-Most Valuable Player after guiding the Grey Wolves to a 7-3, 5-2 record. He shares the award with Temple junior Samari Howard.

While the accolades marked the conclusion of the Grey Wolves’ careers, a teammate helps ensure a bright future. Defensive end/linebacker Zavian Tibbs, a sophomore, was named co-defensive newcomer of the year along with Bryan sophomore Matthew Cooks.

Shoemaker also placed eight players on the first team, capturing four spots on each side of the ball. Senior standouts Devin Brown, a running back, receiver Trent Hudson and tackle Jacob Cote along with junior guard Jamil Knight represented the offense, while tackle Ke’sean Thomas, inside linebacker Keith Cunningham and outside linebacker Dontavius Burrows, who area all seniors, and junior cornerback Darmel Hollins earned recognition for the defense.

Also making the playoffs, Harker Heights (7-4, 5-2) received six first-team selections to go along with its pair of superlatives.

Complementing Carter’s honor, Knights sophomore running back Re’Shaun Sanford was named offensive newcomer of the year, while Temple sophomore Taurean York rounded out the individual superlative recipients, earning the title of defensive most valuable player. The Wildcats’ coaches were named staff of the year.

Completing the area’s first-team representatives, Belton captured six spots on the squad, Ellison had three and Copperas Cove had one.

The quartet of quarterback Ruben Jiminez, running back Maurice Reed, guard Thomas Bowman and utility player Kanyn Utley capped off their careers with the recognition, while junior tight end Bryan Henry also made the list. On the special teams first team, Belton junior punter Will Hayes was honored.

Copperas Cove senior Rusty Cochran was the Bulldawgs’ only first-team representative, earning a spot as a utility player.

OFFENSIVE NEWCOMER OF THE YEAR—Re’Shaun Sanford, So., Harker Heights

CO-DEFENSIVE NEWCOMER OF THE YEAR—Zavian Tibbs, So., Shoemaker and Matthew Cooks, So., Bryan

COACHING STAFF OF THE YEAR—Temple

BELTON — After losing sole possession of first place in the District 12-6A standings on Friday, the Belton Tigers were on a mission Tuesday to…