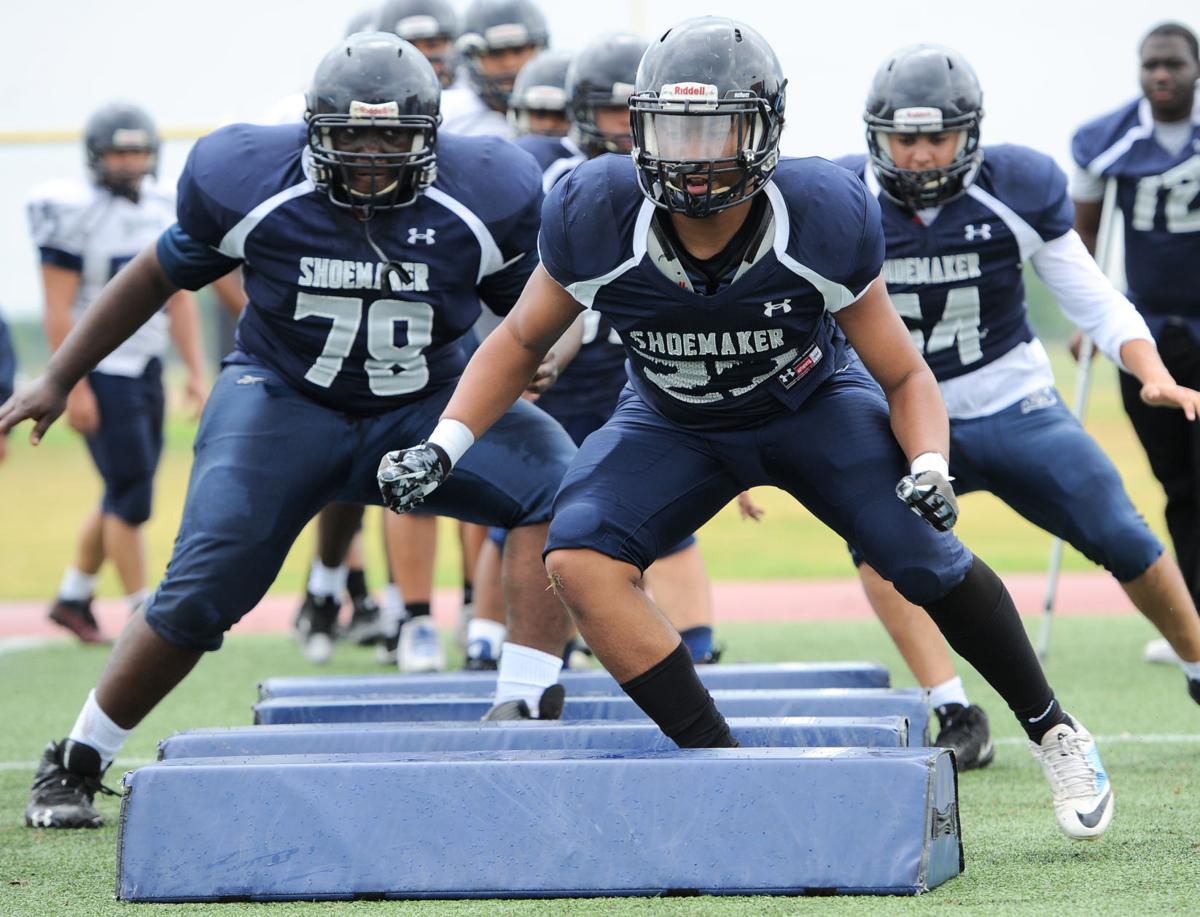 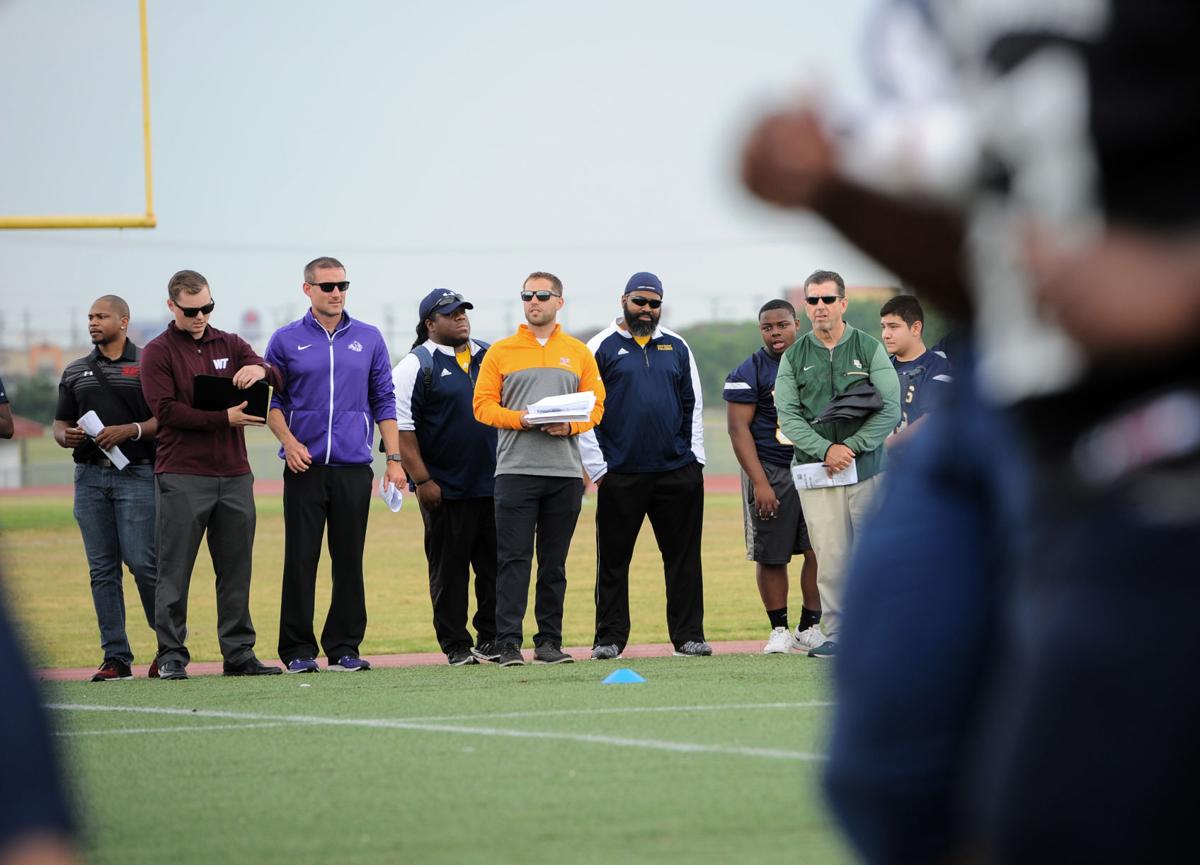 College recruiters from around the country observe and evaluate Shoemaker football players during Thursdays practice at Shoemaker High School. 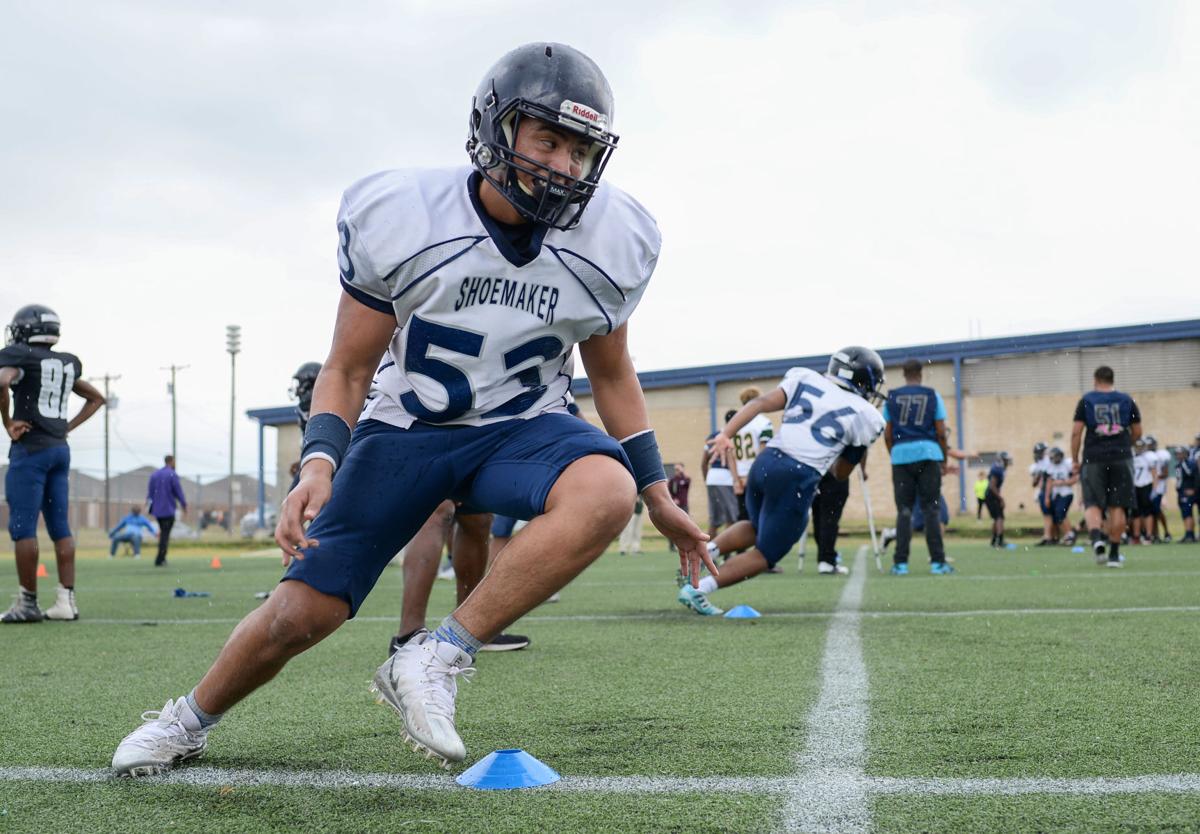 Gavino Barron joins teammates running drills on Thursday, May 3, 2018, during a "combine" style practice as college recruiters are invited to observe and evaluate players. 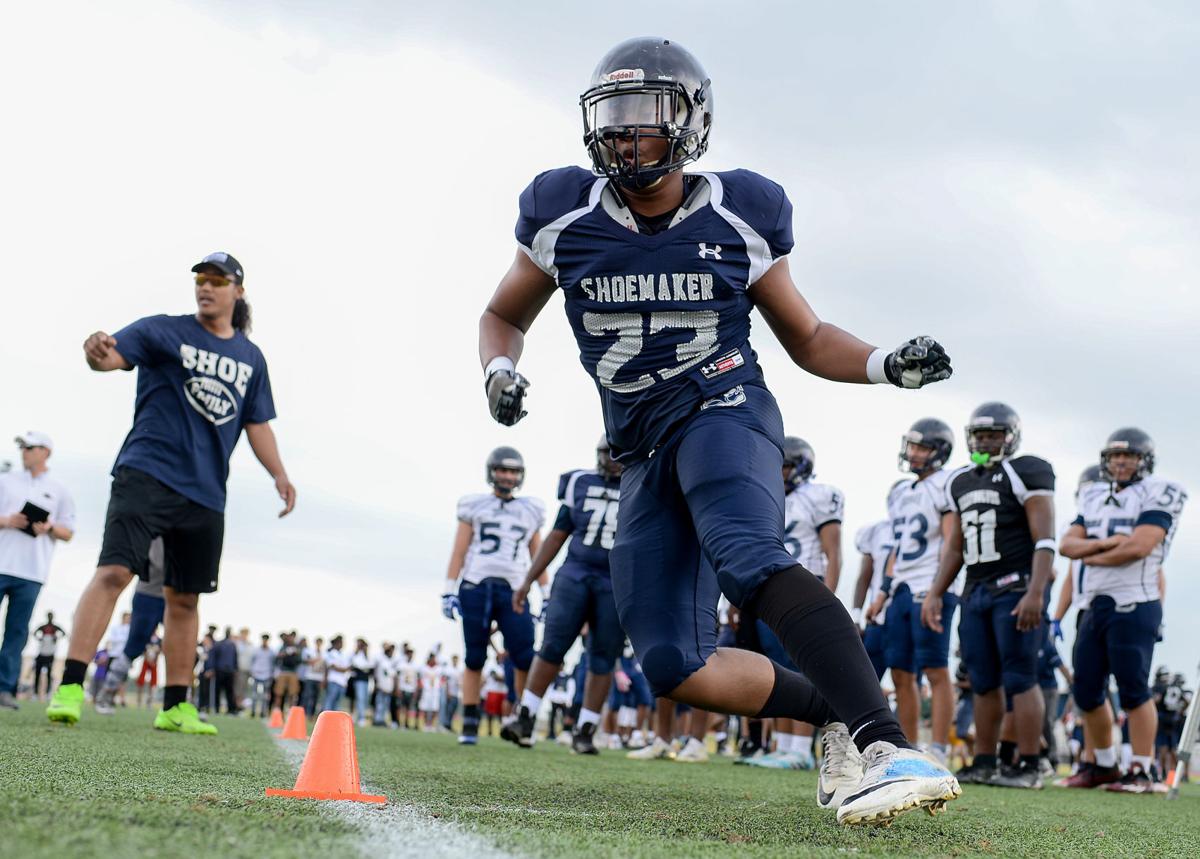 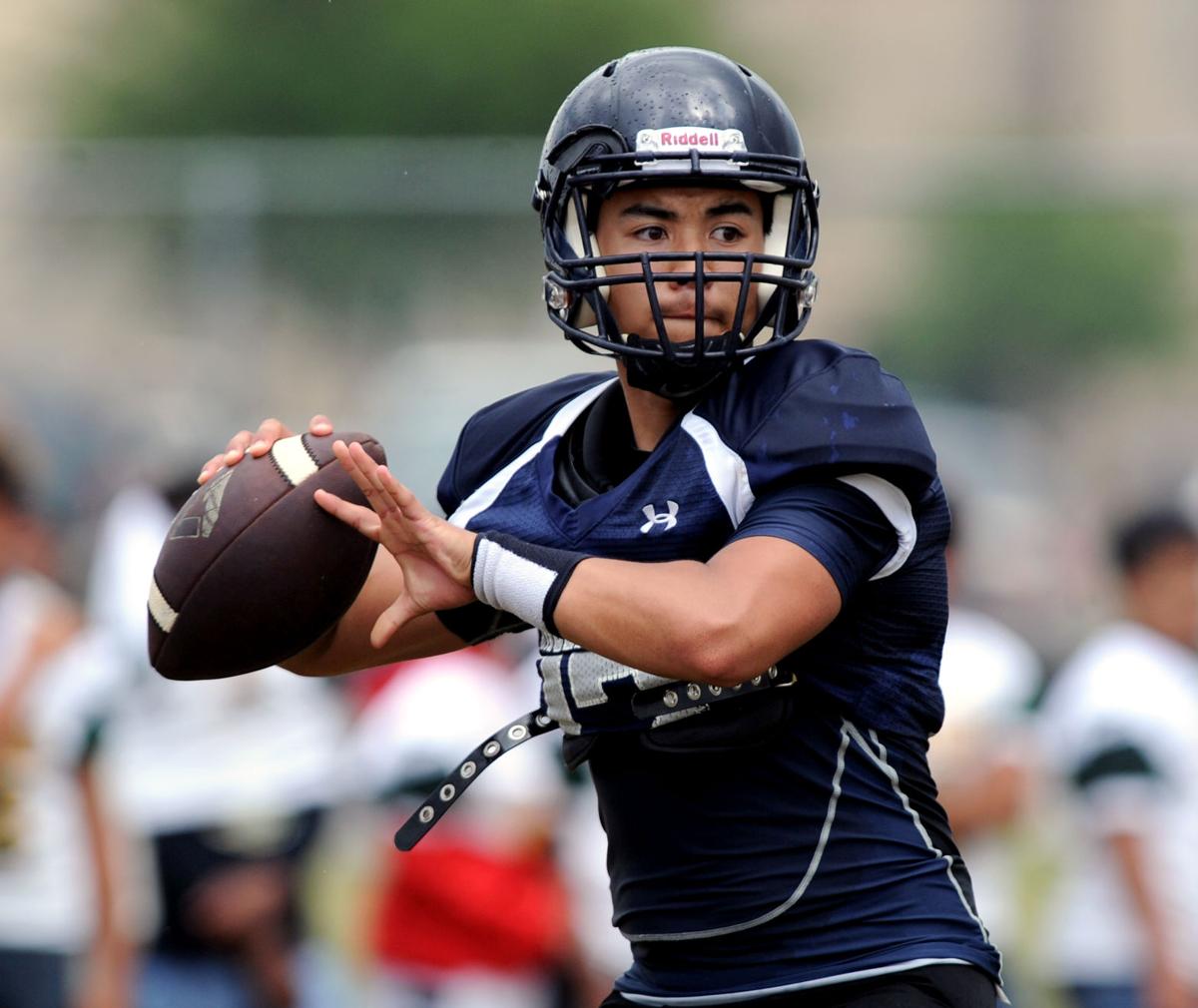 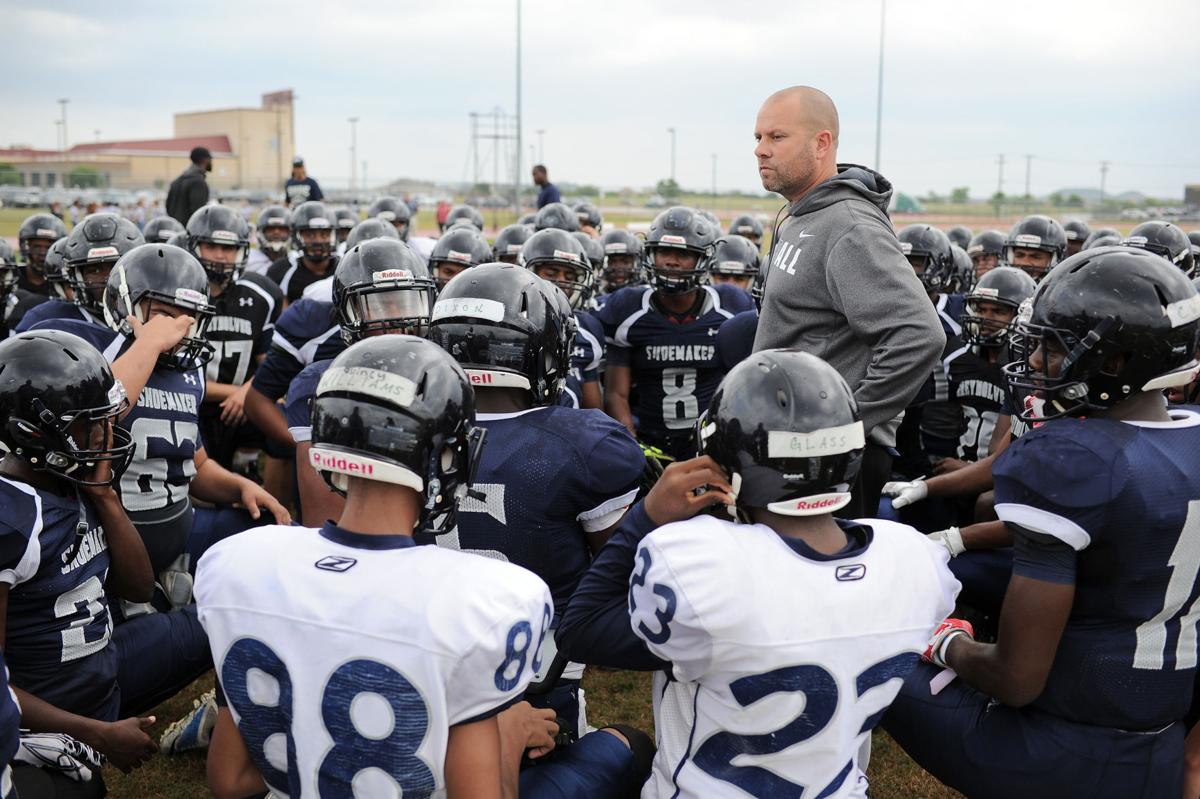 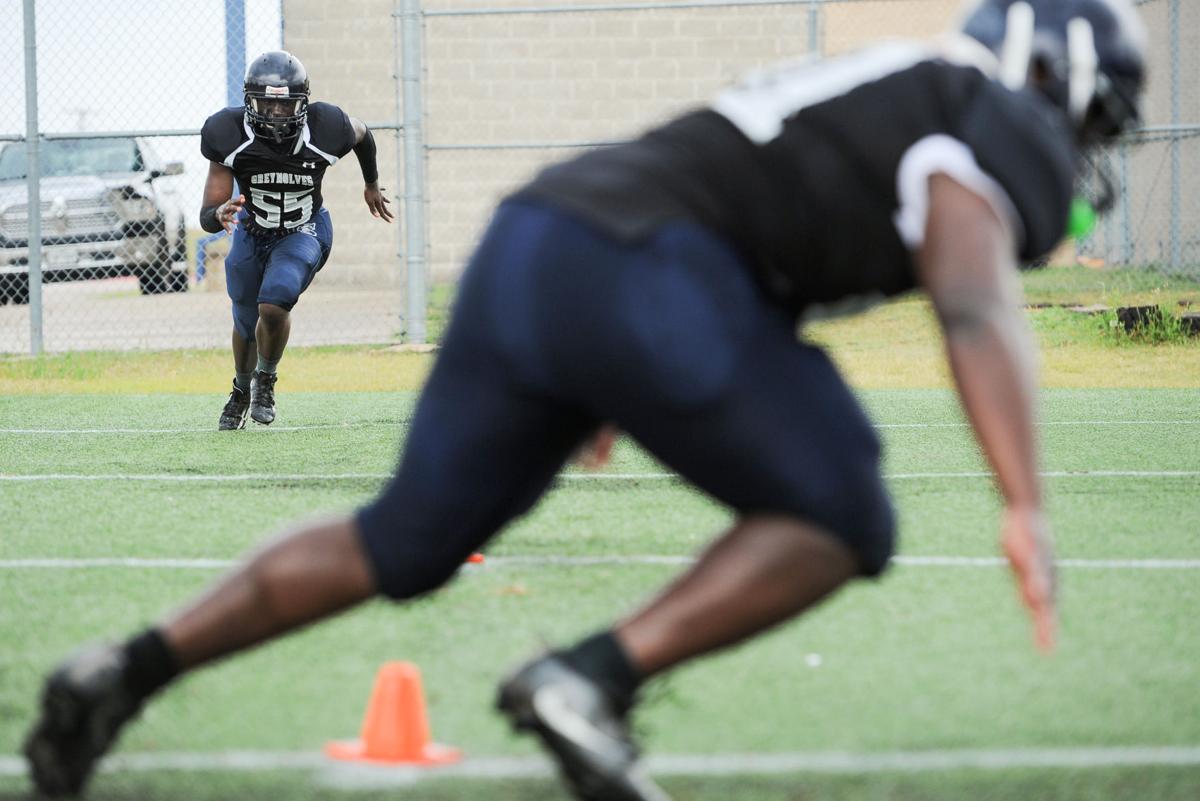 Richard Adewusi runs drills during practice at Shoemaker High School on Thursday, May 3, 2018.

College recruiters from around the country observe and evaluate Shoemaker football players during Thursdays practice at Shoemaker High School.

Gavino Barron joins teammates running drills on Thursday, May 3, 2018, during a "combine" style practice as college recruiters are invited to observe and evaluate players.

Richard Adewusi runs drills during practice at Shoemaker High School on Thursday, May 3, 2018.

Shoemaker hosted 21 universities and colleges from across the state and as far as Florida on Thursday for the 2018 College Football Day.

While athletes interested in playing college football usually attend camps throughout the summer to be recruited, Grey Wolves head coach Toby Foreman brings recruiters to Killeen for players who may not be able to attend all the camps they want.

Among the schools that came out were Division I programs like TCU, North Texas and Baylor. Division I-AA, Division II and junior colleges were also in attendance.

“All those divisions were represented today,” Foreman said, “so it’s been a really good function.”

The idea came to Foreman one restless night as he flipped through the television channels and came across the Alabama’s Pro Day.

“I said to myself, ‘Why can’t we have what I call College Day now and do it at the high school level?,’” Foreman said. “So I called the NCAA, and I called the UIL and made sure everything was legal.”

“Now, here we are at our second annual at Shoemaker.”

For Foreman, this is his fourth College Day as he created the function four years ago while head coach at Beaumont Central.

The day is organized similar to a professional combine camp with the players dressed in full pads and partaking in various drills.

Recruiters met with Foreman before the camp started to receive packets that included a prospect sheet, contact information and transcripts.

Student-athletes interested in participating had to meet certain academic and disciplinary criteria.

While the junior high football players didn’t participate in drills, they had the opportunity to learn about high school football and the recruiting process.

“It gives them the opportunity to see that there are future opportunities for them after high school and start the process early,” Live Oak Ridge football coach Aaron Griffin said.

As the athletes ran out of the field house to warmup, it started to rain periodically throughout the afternoon.

Foreman usually tries to hold the event in late spring, but this year’s date was set in order to avoid interference with Shoemaker’s or any of the visiting middle schools’ testing schedules.

After warming up in the rain, players ran an agility circuit before moving on to one-on-ones, inside run drills and passing skills.

“A lot of these high school players used to go to our schools, so they’re old friends and brothers of our kids,” Griffin said as his players watched from the sidelines. “Seeing those guys getting the exposure from the coaches here shows the junior high kids that it could be them one day.

Last year, 16 universities and colleges were in attendance with several players signing to play collegiate football.

Foreman plans to continue to hold this event yearly.

“There’s not going to be anybody in the world, high school wise, who promotes their kids more than Shoemaker High School, Coach Foreman and his staff,” he said. “And that’s something we take pride in.”