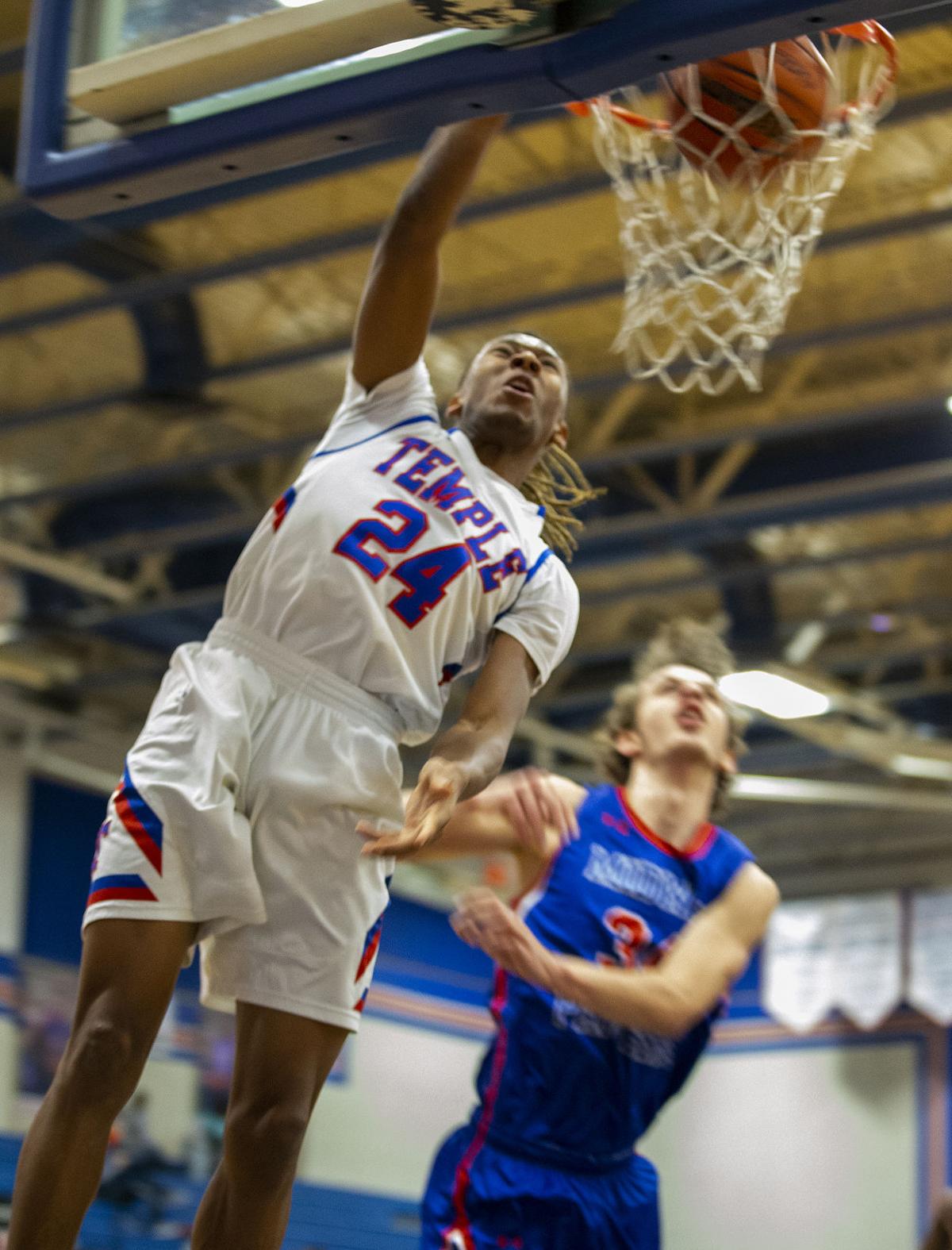 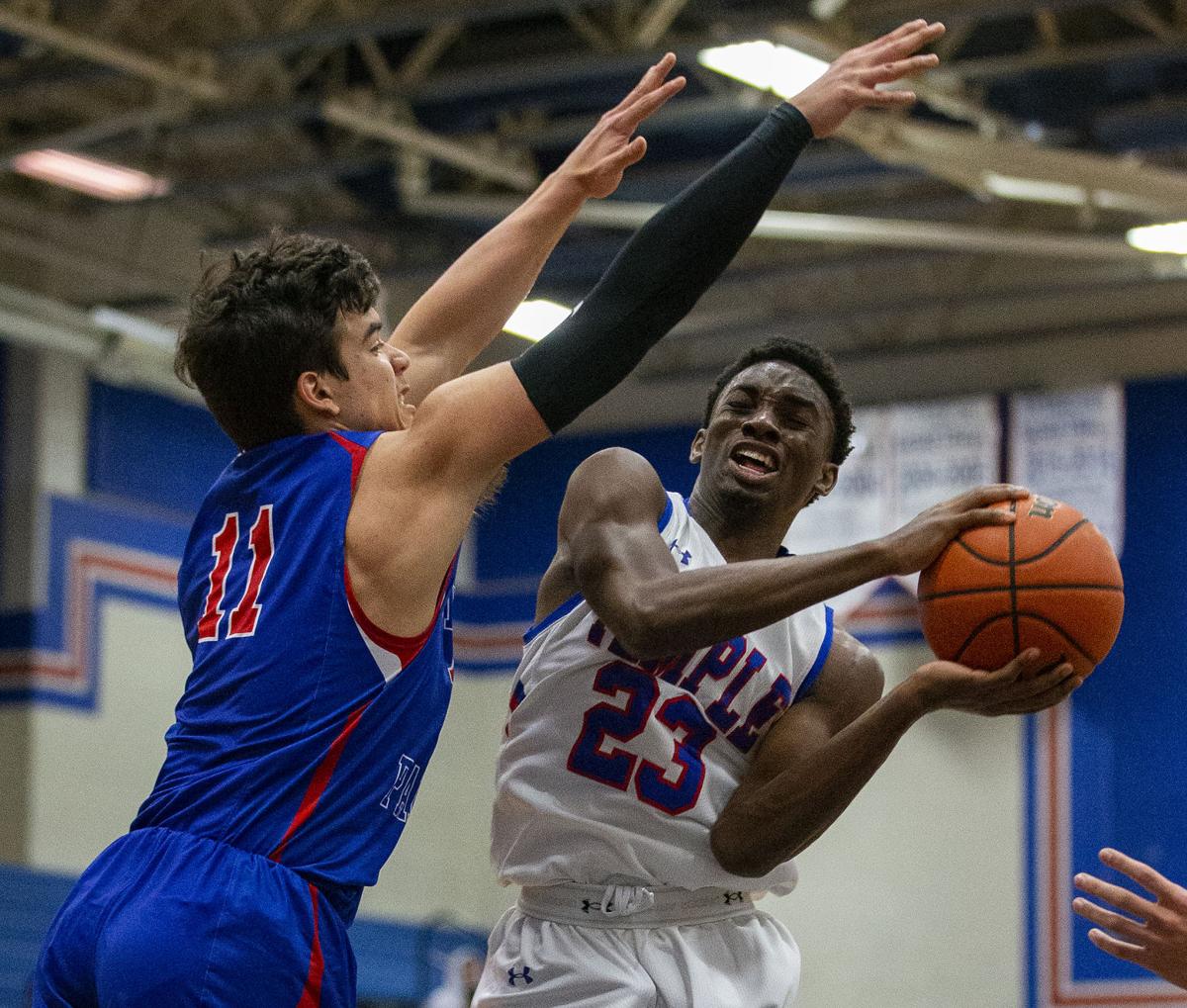 Tough stretches that started late last month followed Temple’s boys and girls basketball teams into the new year, and some of that Wednesday had to do with visiting Waco Midway during a District 12-6A doubleheader at Wildcat Gym.

The Pantherettes used an 11-2 run to close the third quarter and kept enough distance between themselves and the Tem-Cats the rest of the way for a 59-50 victory before the Panthers had three players score in double figures in their 59-30 nod over the Wildcats.

Temple closed 2018 with four straight defeats at the M.T. Rice tournament over the weekend and in the process lost a pair of guards, Jaiden Pate and Lathyn Castilleja, to injury, coach Michael Thomas said. Without those two Wednesday, the Wildcats (8-14, 2-4) struggled offensively to the tune of 11-of-44 from the field (25 percent). Needless to say, it was an untimely shortcoming considering Midway (4-1 district) shot 58.5 percent to help itself keep pace with the rest of the district leaders.

“It was a combination of everything,” Thomas said. “We lost two good players. Two primary ball-handlers and scorers. They kind of calm everybody down, calm the storm down a little bit. We have to find it. We can’t play how we were playing at the beginning because it’s new personnel.”

Quentin Johnston scored six of his team-high seven points in the first half for Temple, which trailed 14-4 after one quarter and 28-14 at the break, a deficit aided by the Panthers’ 10-0 run over the course of the second period’s final 5 minutes.

Elcid Smith added six points for the Wildcats, who have three more home games on tap, starting with Friday’s 4 p.m. contest against Copperas Cove. Ki’Auntre Hayes and Leon Hudson each had five.

G.G. Ezedinma posted 18 points, Anthony Scott delivered 17, including three 3-pointers, and Diego Gonzalez had 12 for the Panthers, who outscored the Wildcats 20-5 in the third to put the game out of reach.

The Tem-Cats (7-12, 2-5) brushed aside an eight-point deficit by outscoring Midway (15-11, 5-2) 15-7 in the second quarter to forge a 29-all halftime tie. And Wilashia Burleson’s three-point play on Temple’s first possession of the second half boosted the Tem-Cats into a 32-29 advantage and hinted that the home team might be onto something against the front-running Pantherettes.

However, Temple managed just five more points the rest of the period, Midway regained the lead for good with J’Lynn Gus’ jumper at the 4:40 mark of the third and sent the Tem-Cats to a third consecutive 12-6A loss.

“We got out of pocket on the offensive end instead of keeping with what was working for us,” Temple coach RaShonta LeBlanc said. “That was it. Just staying discipline and doing what worked.”

Burleson tallied a team-high 21 points. Coryn Grovey added 10, and Nyteria Colbert and Nacorria Noble each had six for Temple.

Shamaryah Duncan went 6-of-9 from beyond the arc and finished with 23 points for Midway, which also got 11 apiece from Keziah Bachert and Jakoriah Long.

Duncan put the Pantherettes up 49-37 with a 3 to start the fourth quarter. Temple whittled that down to 49-43 with points from Noble, Burleson and Grovey, and were within six again, 52-46, after Noble’s steal and layup with 3:25 to go. Midway scored the next six to put the result on ice.

“I just thought we did some things where we were able to turn them over a little bit, then, obviously, some shots fell for us,” Midway coach Ben Holder said. “I thought that (Burleson) did a great job of breaking us down. We made some adjustments, but, ultimately, some shots fell.”