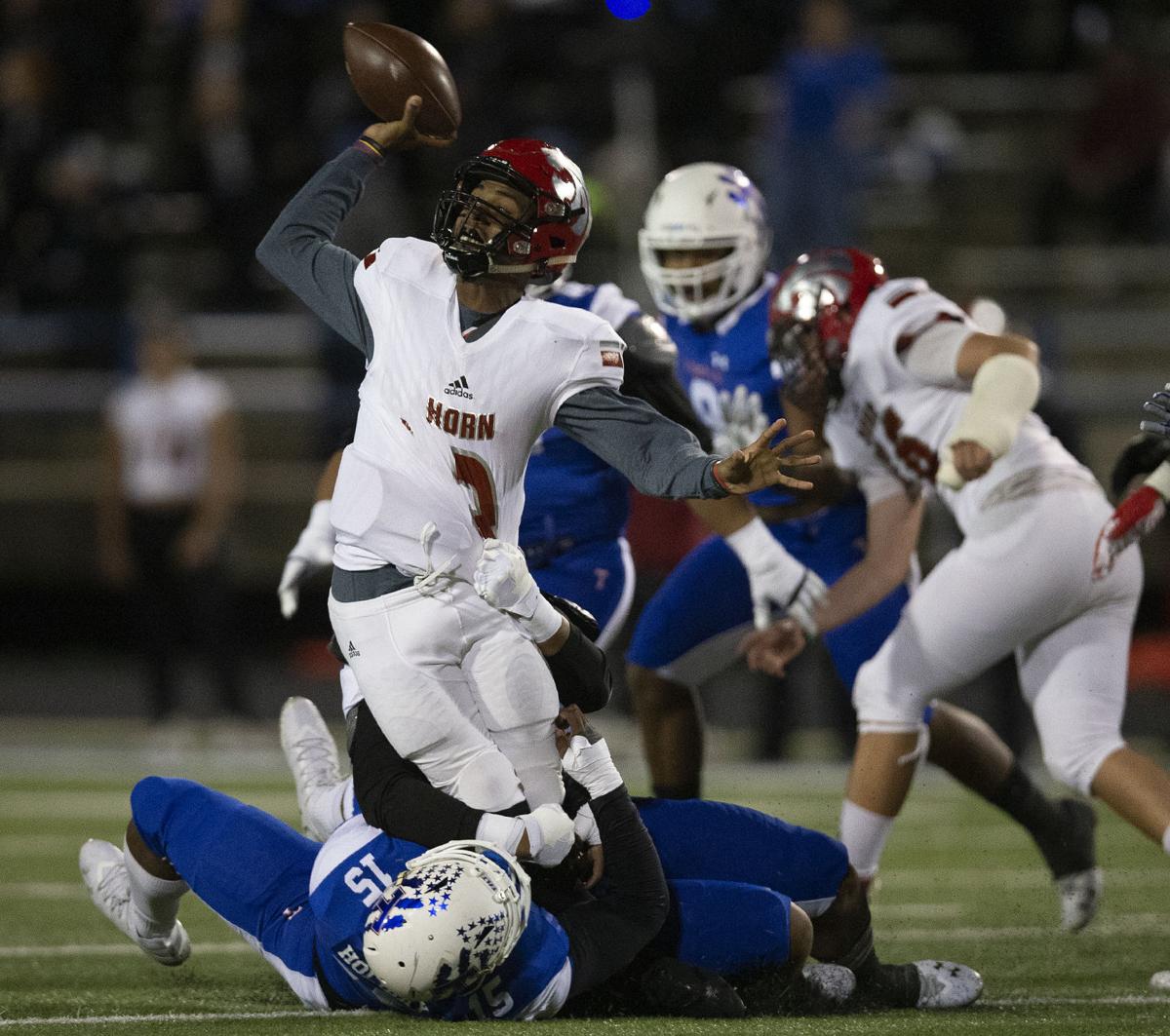 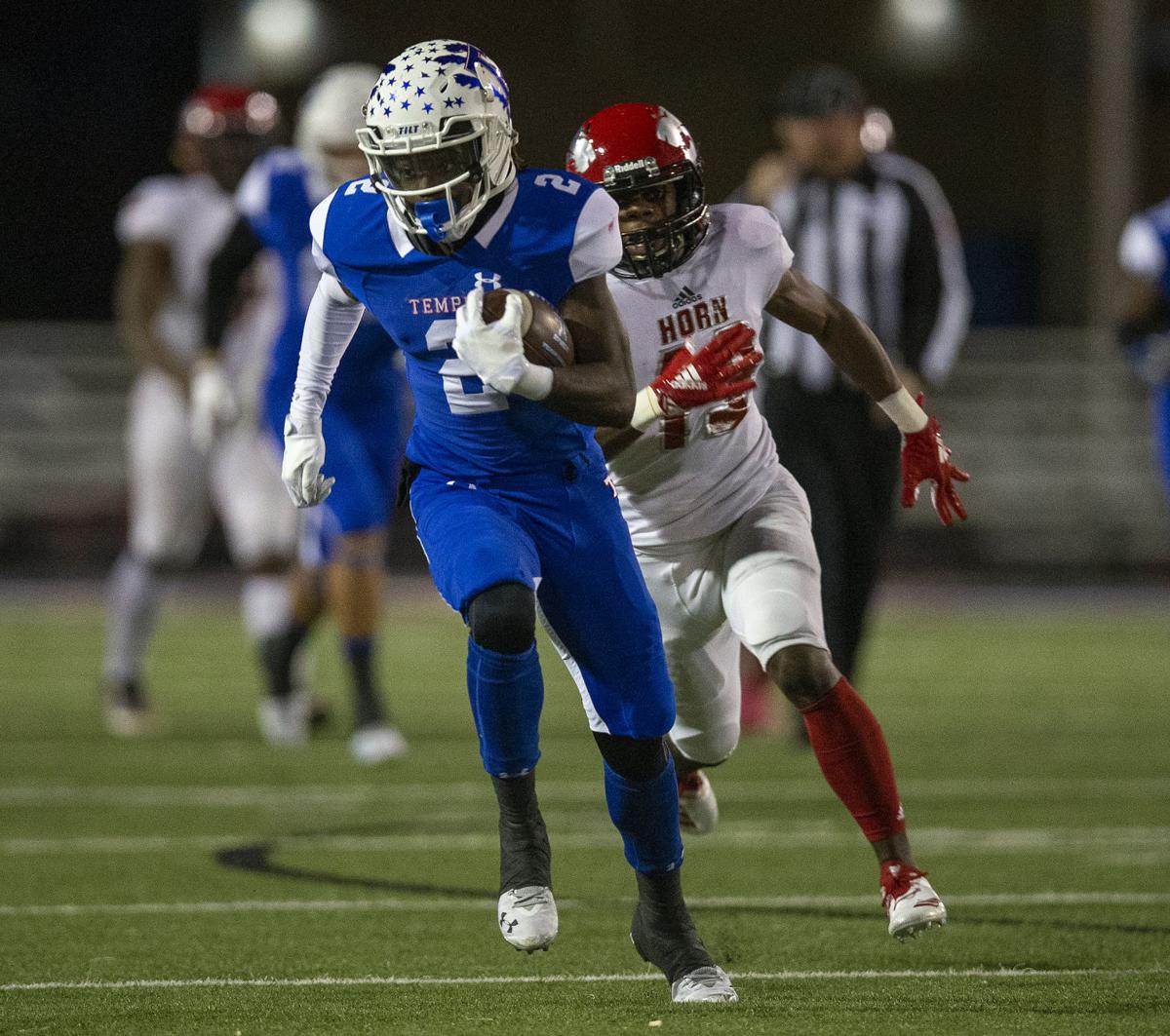 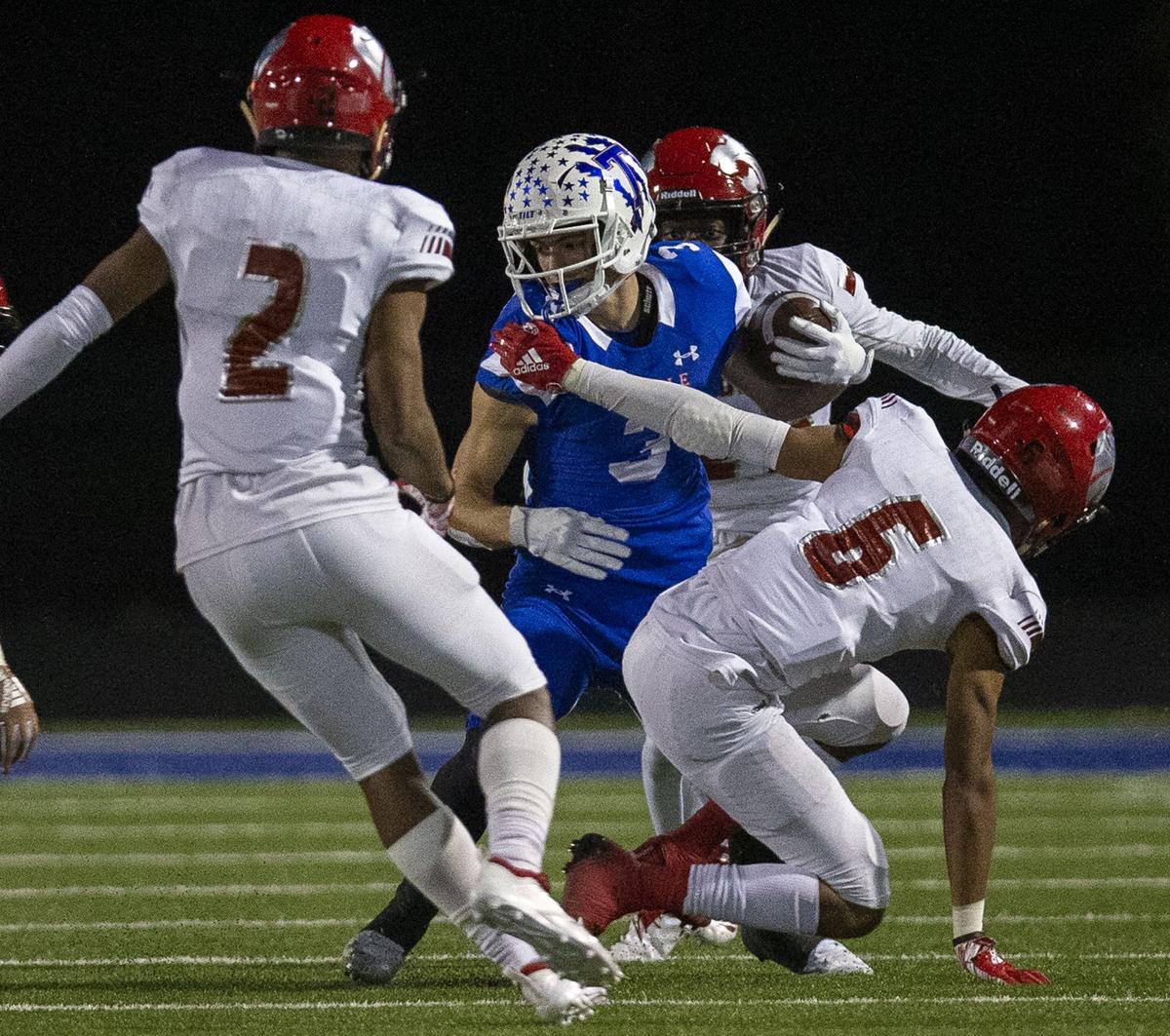 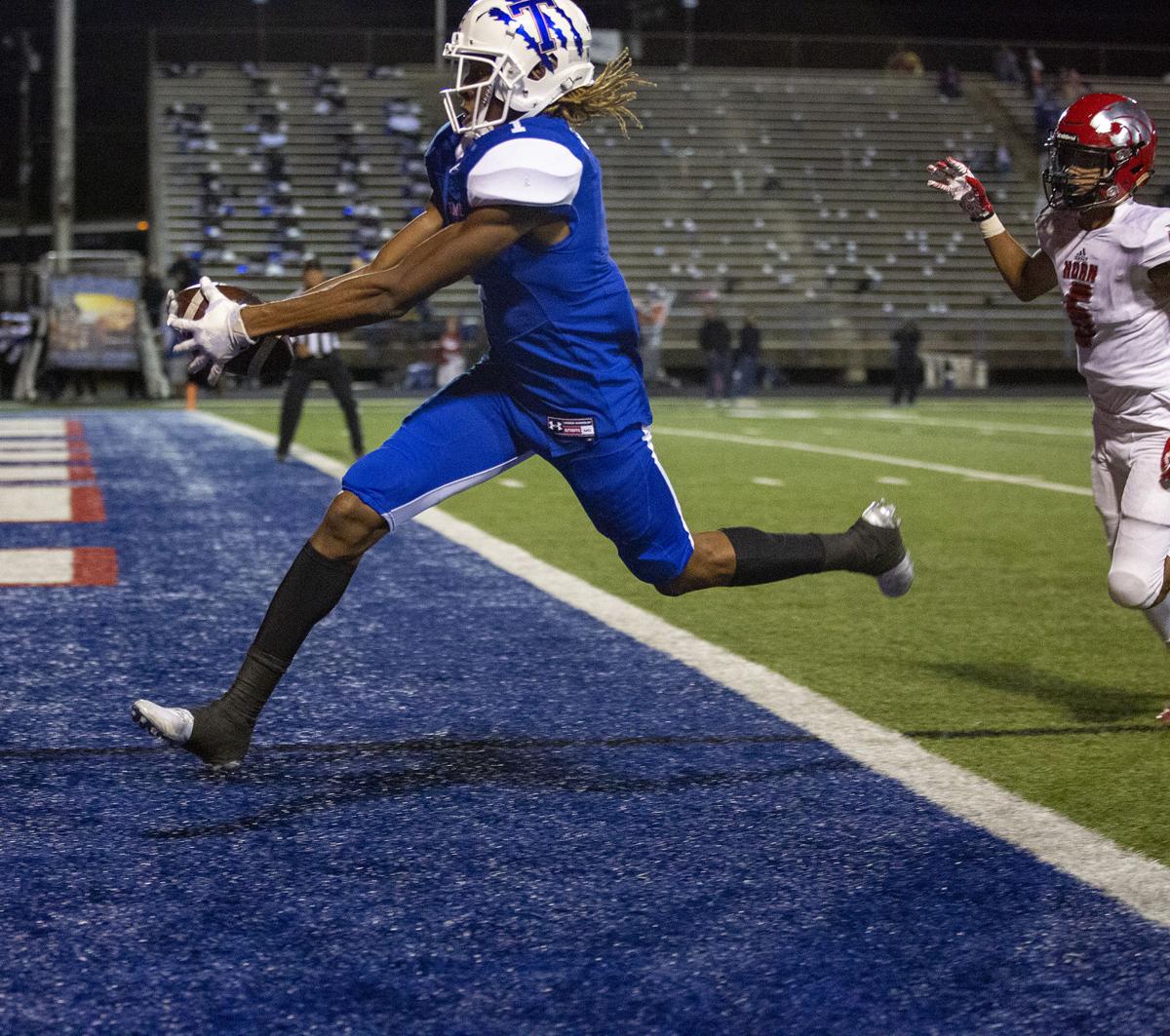 TEMPLE — Mesquite Horn entered with 3-7 record and Temple had the home-field advantage in Friday night’s Class 6A Division II bi-district playoff game, yet coach Scott Stewart and the Wildcats knew how talented and explosive the visiting Jaguars were.

Resurgent Horn lived up to that potential and handed Temple a devastating loss in the process.

In a tied game, N’Kowsi Emory caught a short pass from Jermaine Givens, made one defender miss and sprinted in for a 37-yard touchdown with only 11 seconds remaining as Horn earned a stunning 45-38 victory over Temple at Wildcat Stadium.

“That was the plan we had and I thank God for putting me in that situation,” Emory said. “We came in with a chip on our shoulder.

(Winning) was our plan the whole time.”

After Emory’s late go-ahead score, Temple had one more opportunity from its 46-yard line, but Jared Wiley’s pass intended for Quentin Johnston was knocked down by a pack of Jaguars defenders in the end zone, setting off Horn’s celebration and leaving the Wildcats in agony.

“I’m disappointed in the way we played defense tonight,” Stewart said after Temple’s first home playoff game since 1991. “We knew (Givens) was a two-time district MVP. We didn’t tackle well.”

The Wildcats were penalized 12 times for 112 yards, and standout defensive end TJ Franklin was ejected for targeting on Givens’ 10-yard first-quarter TD pass to Cameron Jackson.

“You’ve got to control your emotions, and we’ve struggled with that,” Stewart said. “It was a season of ups and downs. We’ve got to fix those discipline issues.”

Temple lost its playoff opener for the first time since 2013. The Wildcats advanced to at least the fourth round of the 5A playoffs every season from 2014-17.

“It’s exhausting,” Aviles said of trying to contain Horn. “We knew they were the best 3-7 team out there.”

Horn advanced to play Wylie (6-5) next Friday in Mesquite. The Jaguars lost their first seven games against many of the state’s premier programs, but they turned it around at exactly the right time.

“We made up our mind to change our fortunes,” Horn coach Mike Overton said. “We knew Temple’s a great football team, but we knew we could win. We had confidence. They had to chase our quarterback, and as much as we had the ball, that’s tough.”

Wiley was 21-of-42 passing for 325 yards, with touchdowns of 42 and 35 yards to Johnston and a nifty 28-yard catch-and-run score by De’Jon Overton for a 31-31 deadlock late in the third quarter. But Horn stonewalled Temple’s usually strong rushing attack. The Wildcats ran only 17 times for 85 yards.

Temple junior Anthony Jackson’s 100-yard kickoff return for a TD produced a 38-all tie with 5:33 remaining. Wiley appeared to connect with Johnston for a 39-yard TD pass with 2:28 left, but a penalty negated the score and the Wildcats punted.

Givens drove Horn from its 9 to Temple’s 37 before Emory grabbed a quick pass and sprinted through a huge opening for the Jaguars’ decisive touchdown.