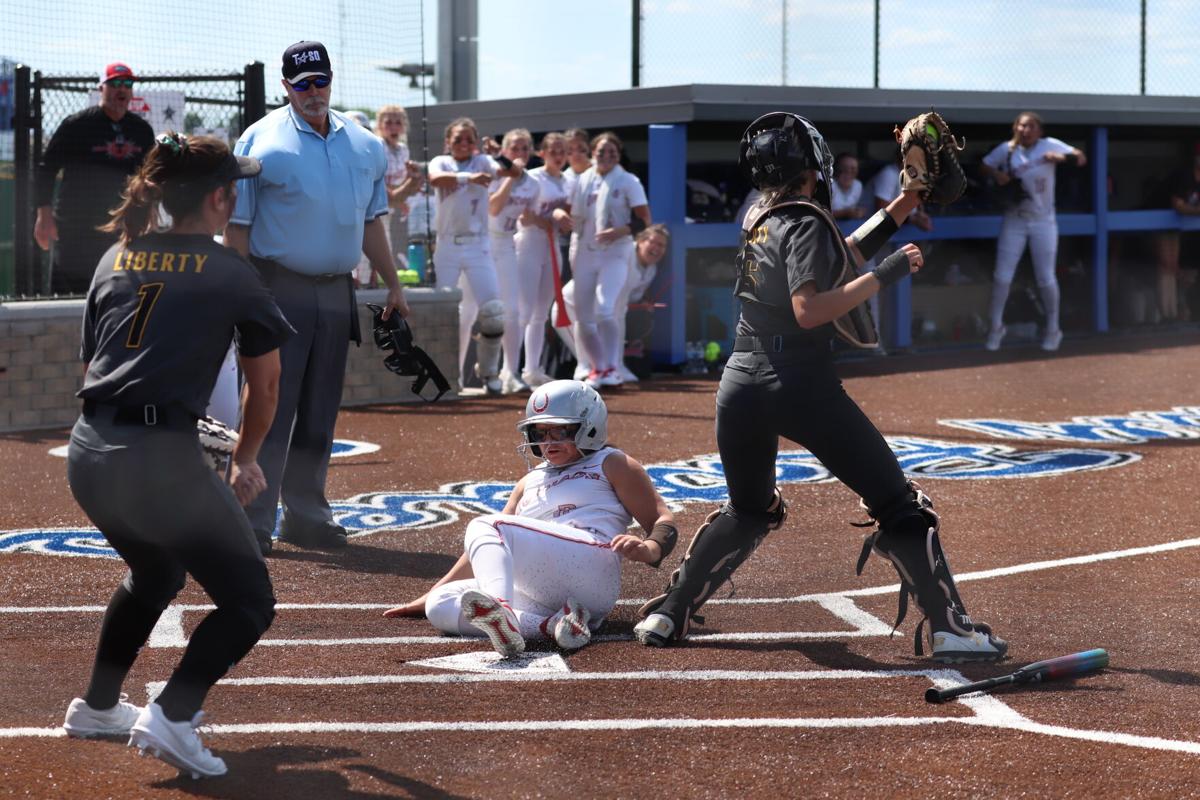 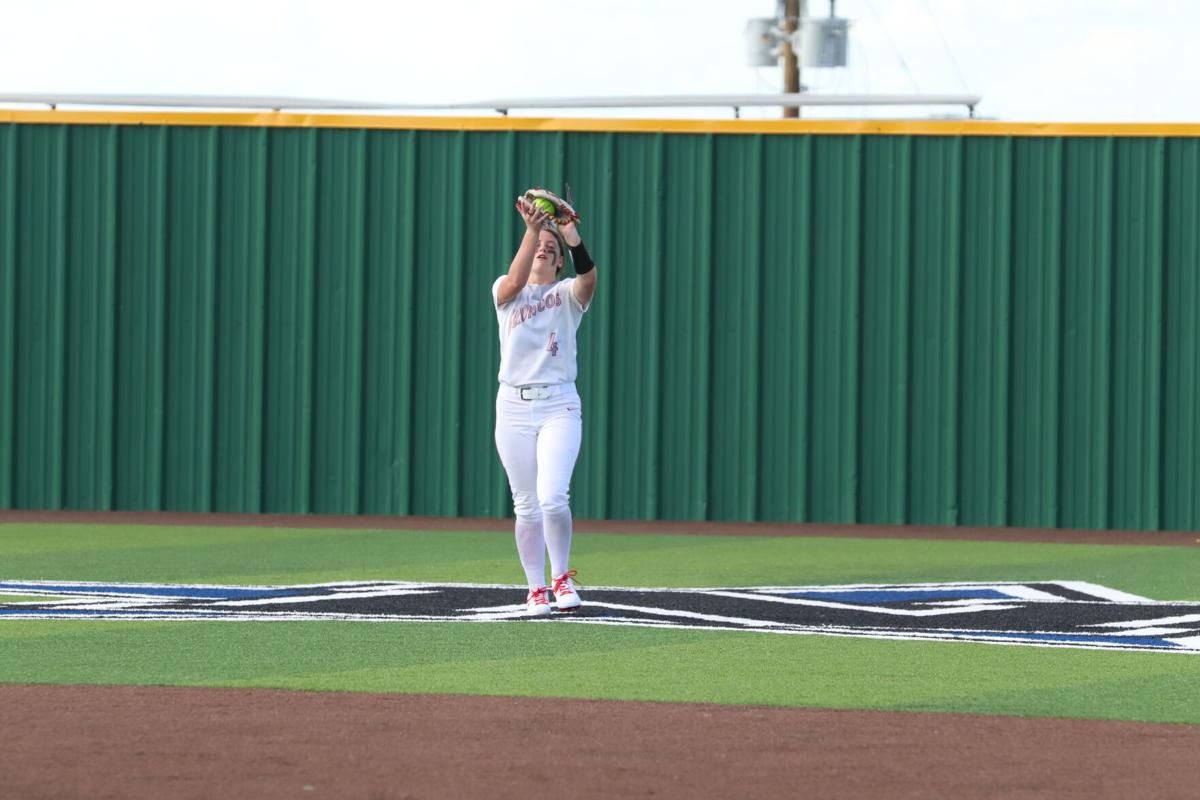 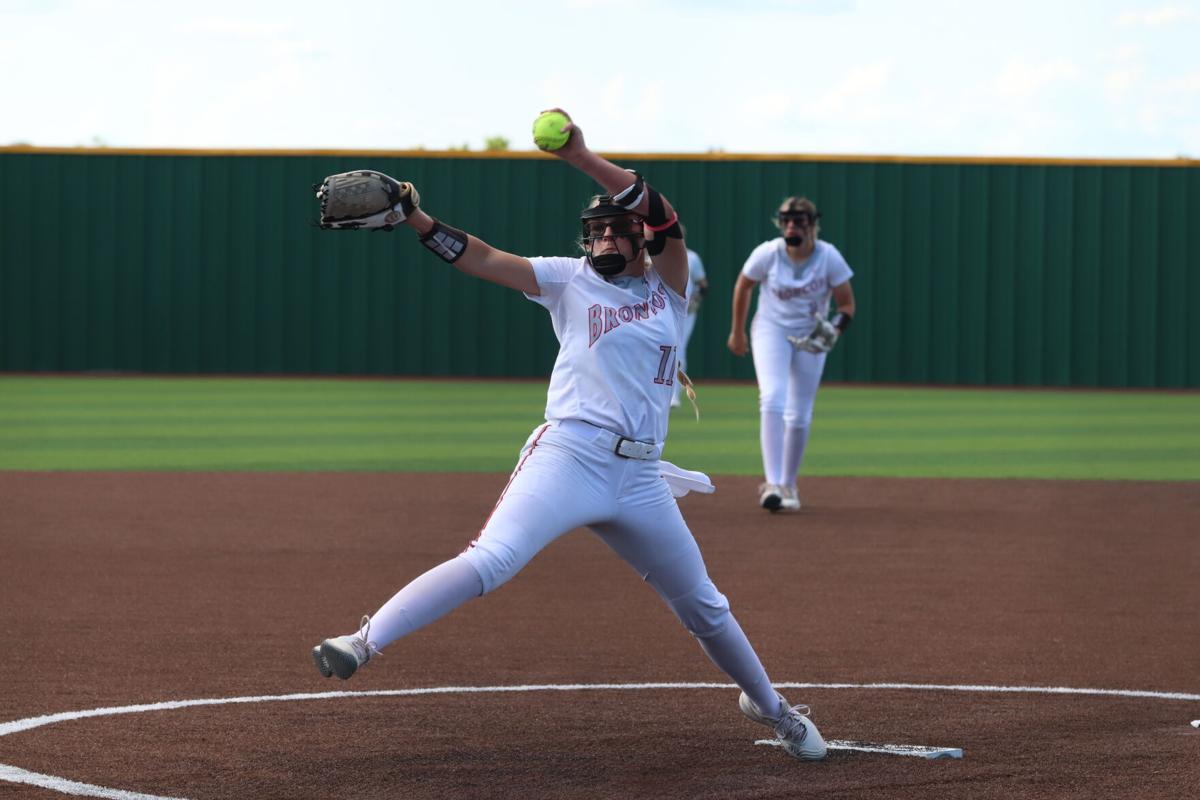 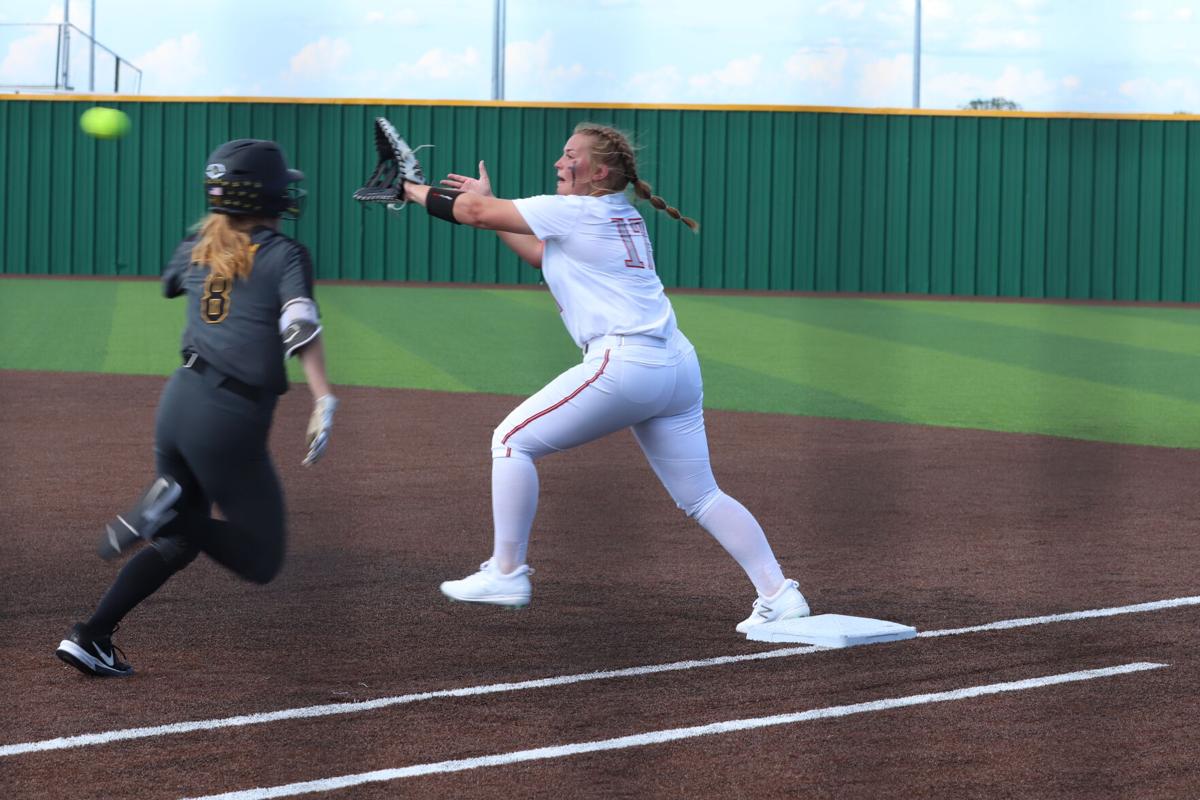 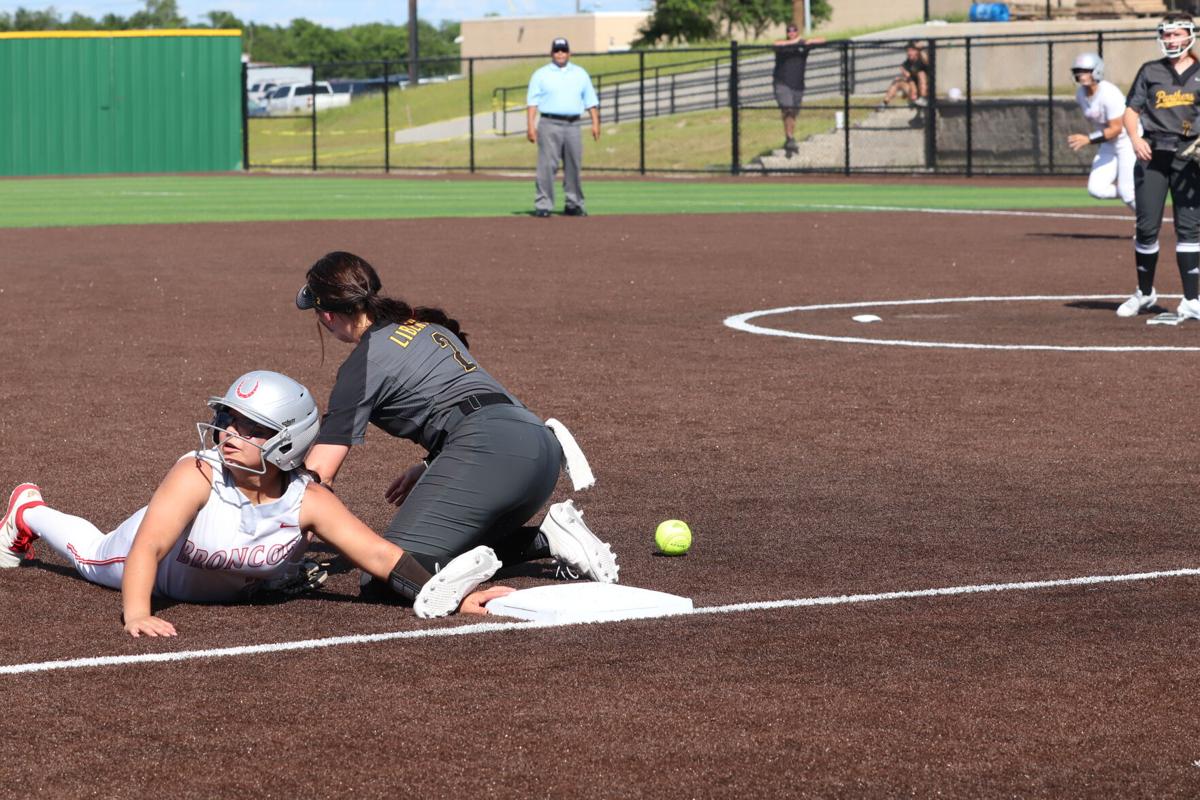 NAVASOTA — In an inaugural season already packed with memories, nobody at Lake Belton will forget this late-May weekend in Grimes County.

From extra innings in Game 1 on Thursday night, to Friday’s storm-interrupted Game 2, to a Game 3 so intense and so loud that the brand new bleachers around Ira Floyd Field shook under the sizzling sun Saturday afternoon, the Class 4A Region III final between the Lady Broncos and Liberty Lady Panthers had all the ingredients necessary to deem it unforgettable.

And while the Lady Broncos fell shy of adding yet another layer of history to Year 1, the foundation built by a group of freshmen and sophomores led by head coach Matt Blackburn is as sturdy as could be.

And now, there’s more work to do.

“I tried to tell them that nobody in the state would’ve guessed that they were going to be in this moment right here, right now, except for the people that were standing in that circle. So, I’m super proud of how these kids competed,” Blackburn said. “And I also told them, 'Remember what this tastes like because this is going to be your motivation every day next year when we’re in practice.'”

Kaci West doubled to lead off the top of the eighth inning of Game 3, advanced to third on a fly out then scored on a ground out to give her team a 5-4 advantage. West, a Baylor commit, then took to the circle and retired Lake Belton in order in the bottom half to secure the winner-take-all victory Saturday, cap a hard-fought back-and-forth series that never left room for dull moments, and decided the region’s representative at the state tournament next week.

“That’s how it’s supposed to be in the finals, right?” said Liberty coach Karen Slack, whose team won the 2018 4A title.

Lake Belton had a 1-0 series lead after winning the opener 3-2 in eight innings. That nail-biter gave way to Friday’s Game 2 that was paused because of lightning with two outs in the top of the fourth and Liberty leading 6-2, and eventually was suspended and pushed to Saturday.

Liberty took a 2-0 lead through 1½ innings with a run in the top of the first and second frames before Lake Belton put up four in the bottom of the second with some hustle and help from five Lady Panthers errors.

The first two runs scored after Zakayia Fredrick popped up a ball between home plate and the pitching circle that West dived to try to catch. The ball hit off her glove and rolled into foul territory, leaving enough time for Madison Lux to hesitate then sprint home. Fredrick took that opportunity to go to second base, the throw followed her, and that allowed Elaina Herrera to slide across the plate for 2-2.

Courtesy runner Madison Updyke crossed for 3-2 after another error and Shelby Schultz, Lake Belton’s starting pitcher for Game 3, helped her cause with an RBI single and a 4-2 lead.

“I think we’ve played 38 games and hadn’t had a single inning like that. When I say my prayers at night I ask for ways to teach kids how to learn from failure. The game does that,” Slack said. “If anything, when we took them off the field, we told them we’ll be embarrassed for 5 more seconds — because we all were embarrassed — to get out of your feelings and try to make up for it and go compete.”

Schultz kept the Lady Panthers quiet until the sixth when RBI singles by MiKaelah Burkland and Hollie Thomas brought Liberty even at 4, where it stood until West crossed with the eventual winning run.

West surrendered just three hits and struck out 12. Schultz gave up nine hits and fanned five. Thomas was 3-for-4 and West 2-for-4 for the Lady Panthers.

“A lot of people did not believe that we could go this far but deep down inside, all of us knew — especially Blackburn. He definitely believed in us as much as we believed in ourselves,” Lake Belton freshman catcher Vic Shimabukuro said. “It was an honor going this far and being this young.”

Along the way, the Lady Broncos won a district championship, swept three playoff series, knock out reigning state champion Huffman Hargrave in a tense three-game series last week and nearly dispatched the 2018 titlist. All with a grit and toughness perhaps beyond their years. However, their youthfulness was a major factor, too. Before Game 3 on Saturday, a few of the players led their fans in doing the wave. A few hours later, those fans gave the players a hearty applause as they exited the field one last time this season.

"It would’ve been great and probably the first time ever in Texas history that a team was able to get (to the state tournament) in the first year. But they have to be super happy about what they were able to accomplish, because I’m real proud of them," Blackburn said. "Getting to state as freshmen and sophomores is a lofty goal but is was obviously something attainable because we were a run away from it. We’ll take this one on the chin, keep our heads up and keep moving."

Moving toward another run at it.

"All of this adversity, through the season, through the playoffs, we’ve had to face it, but this time we couldn’t come out on top," Shimabukuro said. "I mean, we fought our butts off and we’ll be back next year."

Game 2 of 4A Region III final between Lake Belton, Liberty suspended because of weather