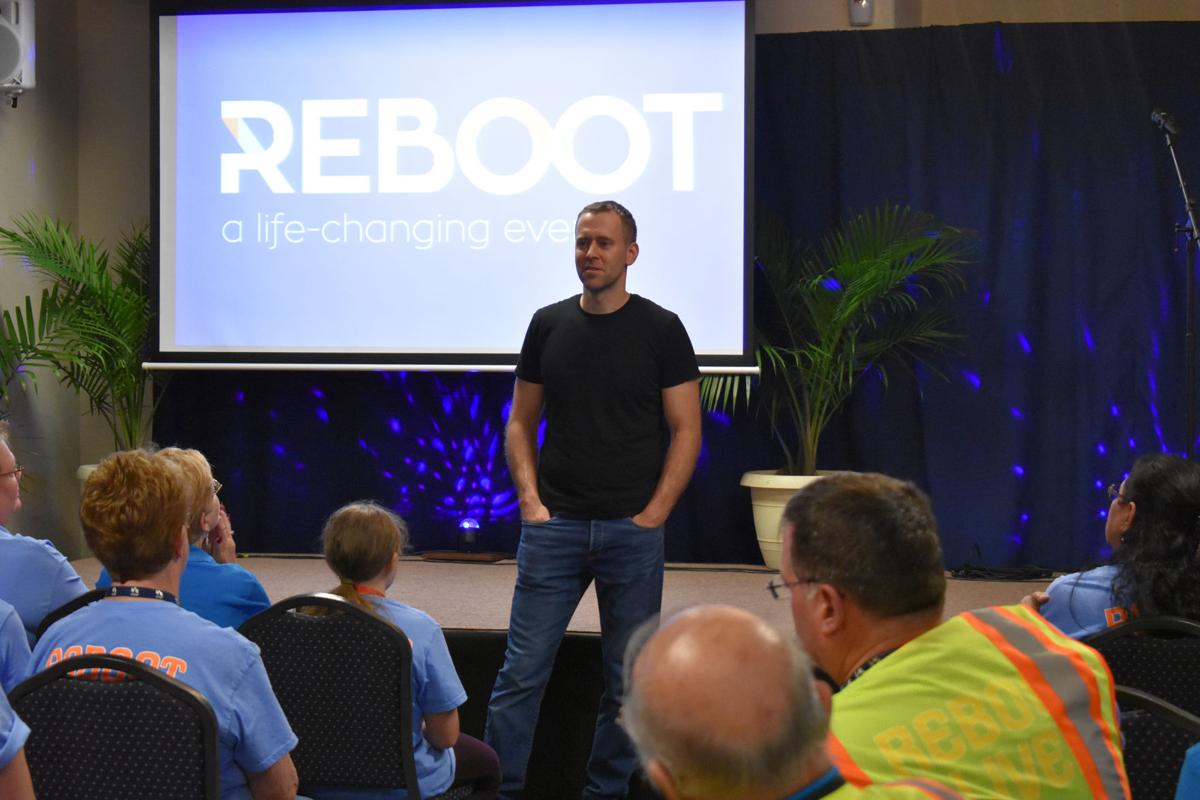 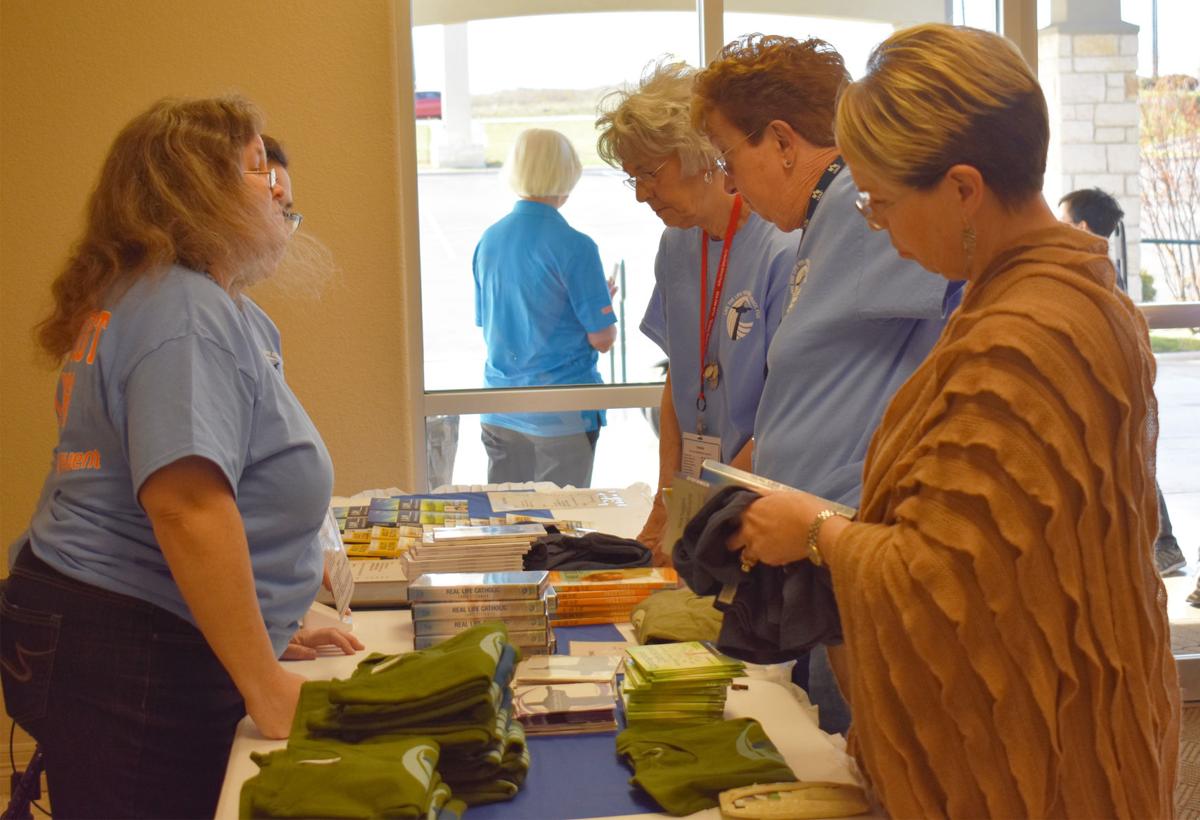 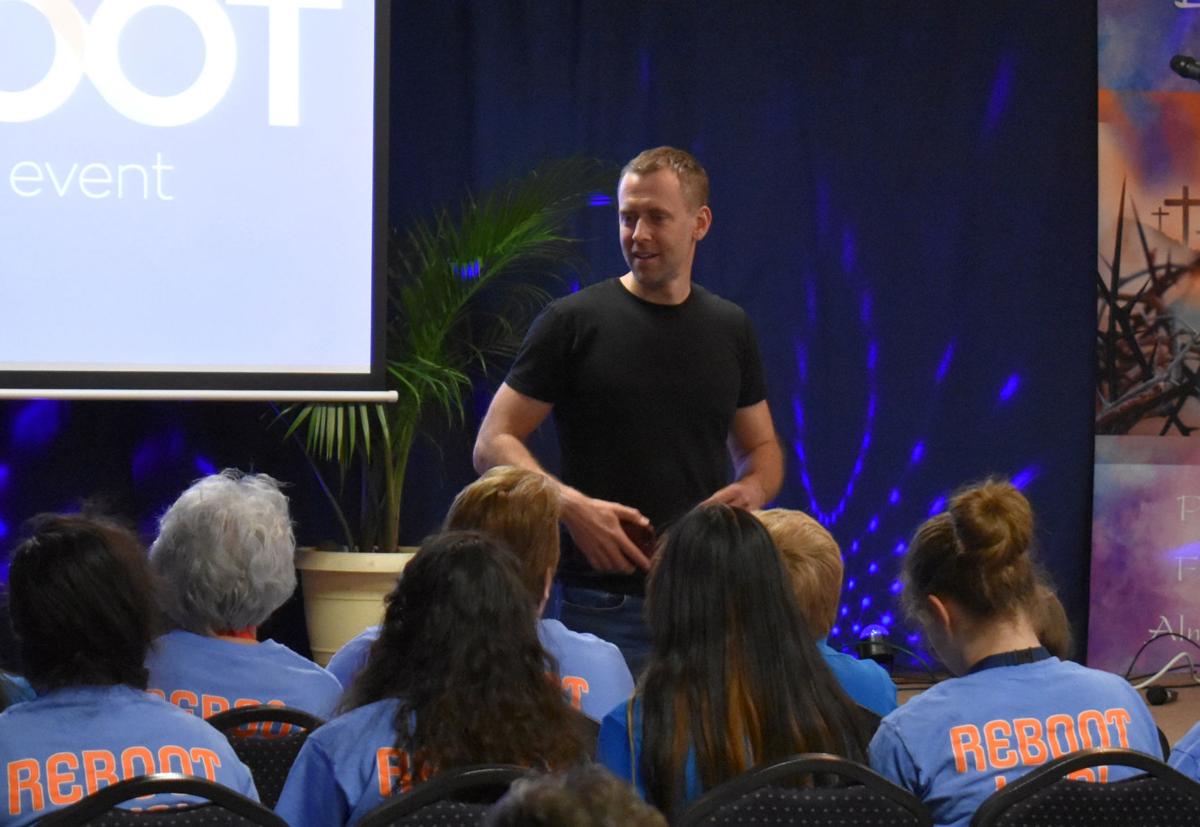 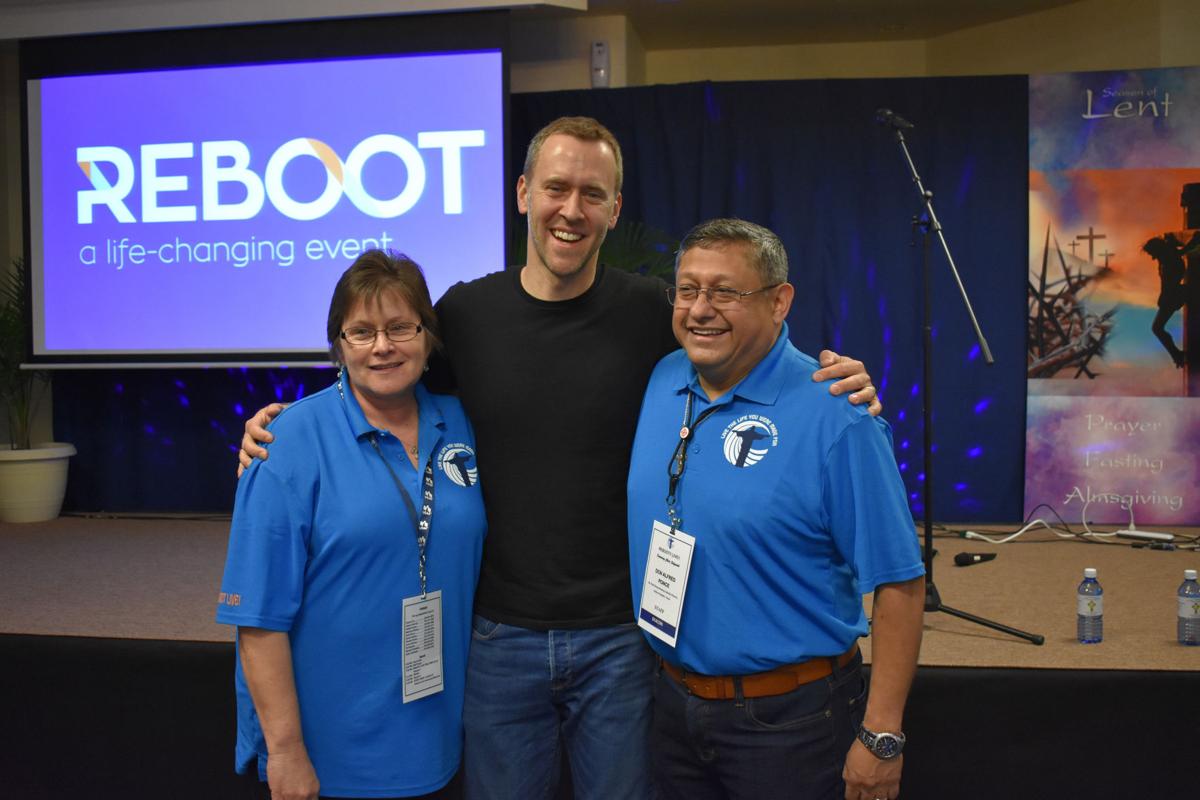 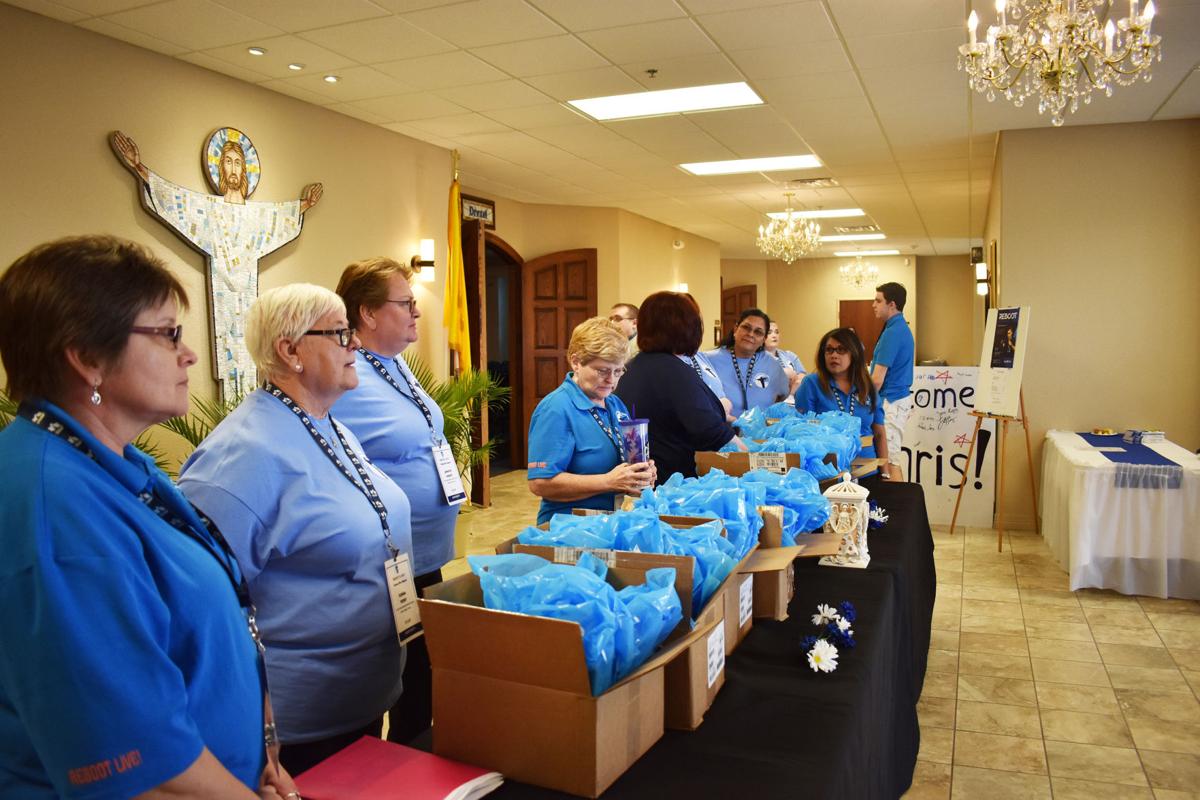 For Chris Stefanick, an internationally recognized author, speaker and founder of Real Life Catholic, the term applies to faith.

He brought his “Reboot! Live” program to St. Paul Chong Hasang Catholic Church on Wednesday night, sharing his message with nearly 700 people in the parish hall.

The parish, however, had been preparing for the event over the course of months. Sessions featuring Stefanick’s videos, combined with scripture readings and discussions were held and, during the weeks of Lent,

Sunday afternoon gatherings gave people a chance to get to know Stefanick before he arrived.

Six other parishes in the region co-sponsored Stefanick’s visit, and about 100 volunteers donated their time to prepare the hall, help with parking, and drive golf carts to transport people who parked across Farm-to-Market 2410 in the Harker Heights High School lot.

Those in attendance received “goody bags” containing two of Stefanick’s books and other information.

James Wiley brought his son, J.D. Wiley, to the event.

“This is what Christ asks us to do — be there for community,” James Wiley said.

Dale Koebnick arrived shortly after the doors opened at 5 p.m. to be sure of getting a front-row seat.

“It’s perfect timing, having this during the Lenten season,” she said.

David Perry, president of St. Paul Chong Hasang’s parish council, eagerly gave of his time to help with the program.

For Dannie Hefner, seeing Stefanick was something important.

“I’ve seen so many of his videos, seen him do so much all over the world. I’m just expecting to see the man.”

Not only did many wish to see and hear Stefanick, but speak with him individually and snap photos with him. During the break between his talks, they lined up in the aisle.

Stefanick called the “Reboot! Live” program “a basic come-to-Jesus event.” He added that the story of Jesus is a love story. Stefanick’s message helps people determine “How do we live in that love?”

Stefanick’s program included “The Five Habits of Holy People,” in addition to asking those present to help support his ministry on a practical, financial level.

Priests from around the area came to St. Paul’s, making themselves available for those whose hearts were touched by Stefanick’s message and wished to avail themselves of the Sacrament of Reconciliation.

Others took home not only the inspiration to continue rebooting their faith, but T-shirts, CDs and reading material to help on that journey.