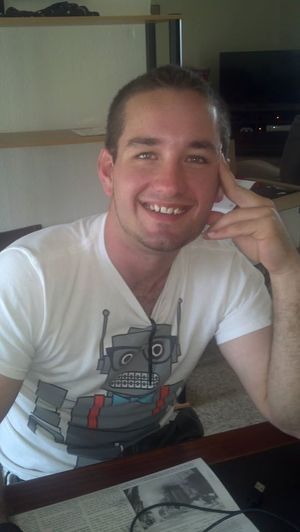 A Fort Hood soldier convicted of a sexual assault charge soon may be freed from a Kansas military prison after an appellate court this week overturned his guilty verdict.

The Army Court of Criminal Appeals on Wednesday overturned the conviction of Thomas Chestnut, 28, finding evidence in the case as “factually insufficient.”

The case stems from a sexual assault of a man in August 2012 at Fort Sam Houston near San Antonio.

Chestnut, who is gay, was sentenced July 2, 2014, to three years in prison at Fort Leavenworth, Kan., a reduction in rank to private and forfeiture of all pay.

Chestnut was accused of engaging in a sexual encounter with a male soldier in a barracks room at Fort Sam Houston. The soldier, who suffered from insomnia, was said to have taken Ambien, a prescription sleep medicine known to cause dizziness and confusion, before he wandered into Chestnut’s room. A third soldier, Chestnut’s roommate, was present at the time of the alleged assault.

According to court documents, the male soldier engaged in conversation for about 15 to 30 minutes before the alleged sexual encounter.

Chestnut, of Dripping Springs, about 90 miles south of Killeen, said the encounter was consensual. The other two soldiers said it was not.

It is unclear whether the encounter was sex or foreplay.

Chestnut said he didn’t know about the sleeping medication and thought the interaction was consensual.

“I wish that I had spoken up for myself sooner, and I am sorry for that,” he told the panel of eight Army officers at the court-martial. “In those 45 minutes had I known ... It was not worth this.”

The allegations of sexual assault didn’t arise until seven months after the incident, when Chestnut already had been assigned to Fort Hood as a soldier with the 1st Cavalry Division.

In the ruling this week, a judge with the Army Court of Criminal Appeals said the court took a new look at the evidence in the case.

“In this case we find, after a fresh and impartial look at the evidence, and taking into account the fact that the trial court saw and heard the witnesses, that the evidence supporting appellant’s conviction for sexual assault is factually insufficient. Accordingly, we overturn and vacate the judgment of the trial court,” senior judge Col. Lori Campanella wrote in the case’s memorandum opinion on the U.S. Army Court of Criminal Appeals website.

During the 2014 trial, Dr. Laquisha Cartright, a clinical pharmacist, said a side-effect of the prescription medication is “sleep-related activity,” or performing complex behaviors and later having no recollection, according to the opinion.

Cartright testified that if one is not familiar with a person’s normal demeanor, and he or she witnesses such complex behaviors, he or she may not know the person had taken the medication.

“We ... found the expert testimony in this case regarding memory loss and the performance of complex activities after taking Ambien highly probative and persuasive under the facts of this case,” according to the appellate court’s ruling this week. “Dr. Cartwright’s testimony was illuminating regarding how a person on Ambien may appear to have a normal demeanor to an unwitting onlooker observing them perform complex activities.”

The court this week also “found it relevant that (the alleged victim) testified to having memory loss while on Ambien, that this episode (of memory loss while on Ambien) was similar to others, and that he had to have his Ambien prescription reduced because of side-effects associated with taking the drug (after the alleged sexual assault) ... After taking into account all the evidence presented in this case, we find the evidence does not prove appellant’s guilt beyond a reasonable doubt.”