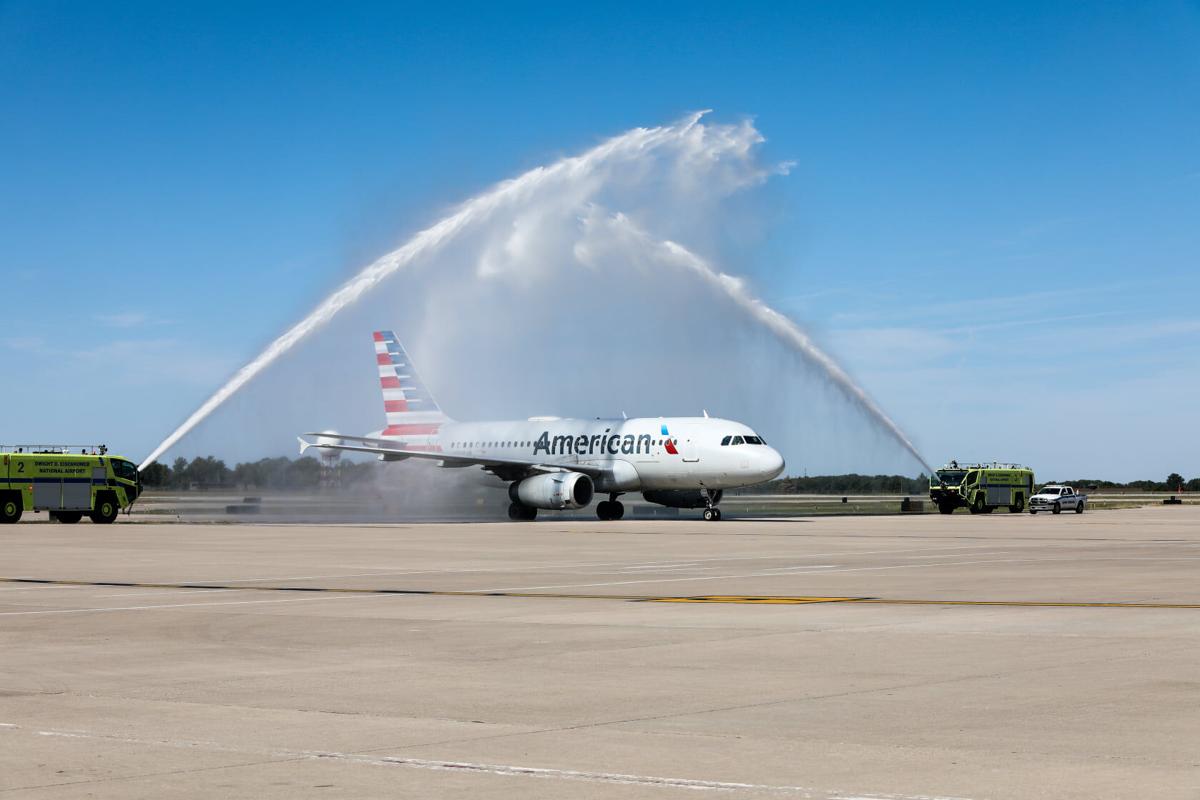 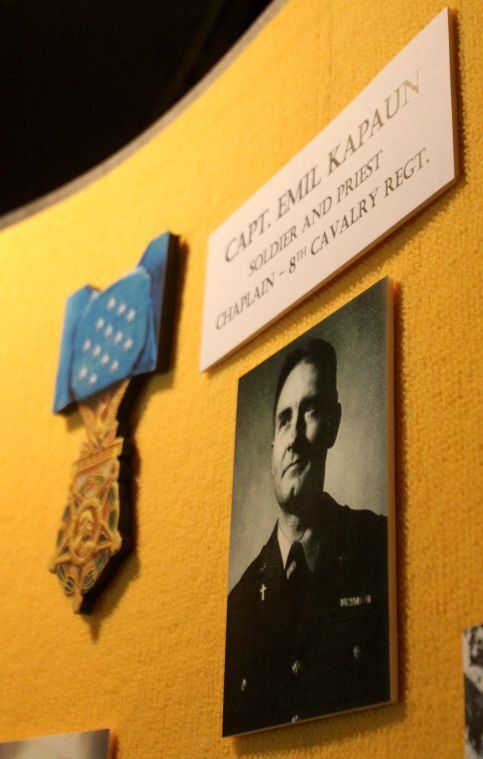 An exhibit for Capt. Emil Joseph Kapaun, a chaplain, who served with Headquarters Company, 8th Cavalry Regiment in the Korean War, shows the soldier who was posthumously awarded the Medal of Honor.

An exhibit for Capt. Emil Joseph Kapaun, a chaplain, who served with Headquarters Company, 8th Cavalry Regiment in the Korean War, shows the soldier who was posthumously awarded the Medal of Honor.

The body of Chaplain (Capt.) Emil J. Kapaun, who served with the 1st Cavalry Division, was welcomed home with honors Saturday at the Wichita Dwight Eisenhower International Airport, Kansas, more than 70 years after his death during the Korean War.

Shortly after, he was taken to his hometown where he was welcomed by hundreds of people. Kapaun, a Catholic priest, joined the U.S. Army from Kansas, and served in the Pacific theater during World War II, and with the 3rd Battalion, 8th Cavalry Regiment, 1st Cavalry Division, during the Korean War.

Kapaun was captured in 1950 while attending to soldiers during the Korean War. He died of pneumonia at the POW camp while continuing to minister to fellow prisoners.

Kapaun — who died in May 1951 in a North Korean prisoner of war camp — was honored for his actions Nov. 1 and 2, 1950, at the battle of Unsan, where his 8th Cavalry regiment was overrun by Chinese forces. He helped aid those wounded in battle with no regard for his own safety. Witnesses said Kapaun ran 200 to 300 yards outside a shrinking defensive perimeter to rescue wounded American soldiers despite fierce enemy fire.

Kapaun also stayed behind and let himself be captured by Chinese forces in order to care for wounded American soldiers. He was initially awarded the Distinguished Service Cross for his actions, the Army’s second-highest military honor, which was upgraded to the Medal of Honor.

In 1993, the Catholic church named Kapaun a “Servant of God,” which began the lengthy process of canonization.