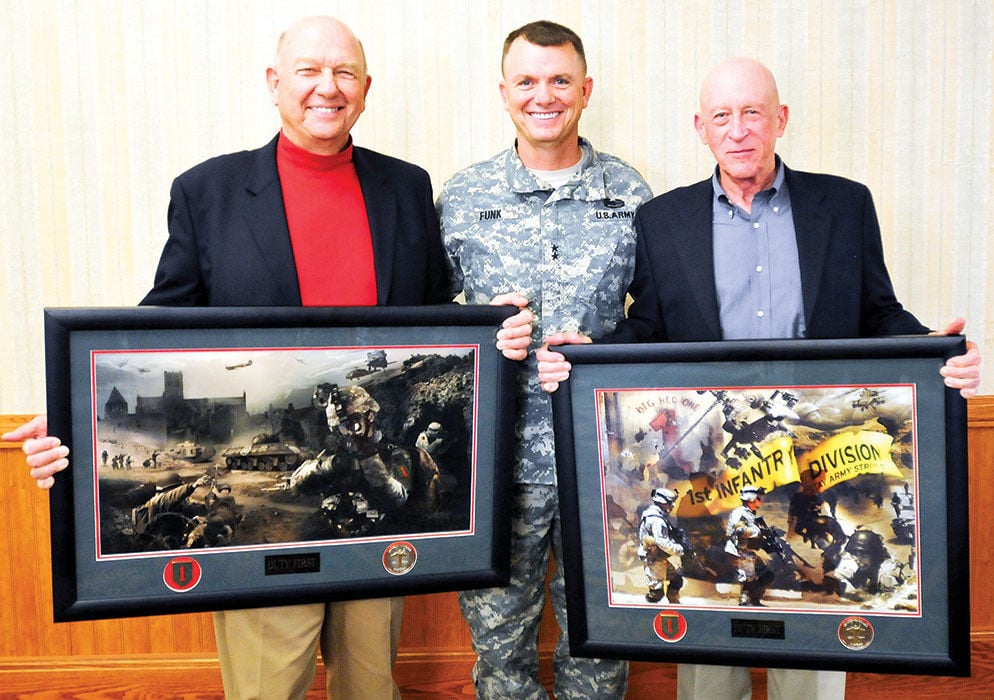 Lt. Gen. Paul “Butch” Funk proudly said last week he was “pretty sure” that when his son, Maj. Gen. Paul E. Funk II, takes over as III Corps and Fort Hood commander, it would be the first time in corps history that a father and son had commanded the unit.

He is correct, the Army verified Friday.

But the Funks won’t be the first father and son team to command the same corps-level unit in the Army’s history — although it is rare enough to require a lot of research, according to Pentagon spokeswoman Army Lt. Col. Jennifer Johnson.

“There may be others out there, but we don’t normally track this type of data,” she said.

One of the most well known sets of names to command the same corps are Gen. Creighton W. Abrams and his son, Gen. John N. Abrams, both of whom commanded V Corps in Germany.

While not a corps-level assignment, another notable father and son duo commanded the same division.

“In fact, Patton Jr. actually formed the 2nd Division — built them up, trained them and went off to Africa,” Butch Funk said. “I had already figured out the Abrams, too.”

The retired lieutenant general said he and his son were both honored to become a part of such an exclusive group of commanders.

“We’re pretty fortunate — it’s pretty cool to be a part of it,” said the elder Funk, who lives near Gatesville.

Pride in his son’s accomplishments was evident as the general talked about his son assuming command of III Corps and Fort Hood.

“I’m very proud, and very proud of Paul,” he said. “He’s very honored and excited about the opportunity.”

The younger Funk most recently served in the Pentagon as assistant deputy chief of staff for the Army.

He will replace Lt. Gen. Sean MacFarland, who took command of III Corps and Fort Hood on Aug. 8, 2014.

The Army has not announced where MacFarland will be stationed next, and Fort Hood officials said a date for a change-of-command ceremony has not been scheduled.

Should Killeen ISD sign on the new state law that allows school districts to offer virtual learning to some students?