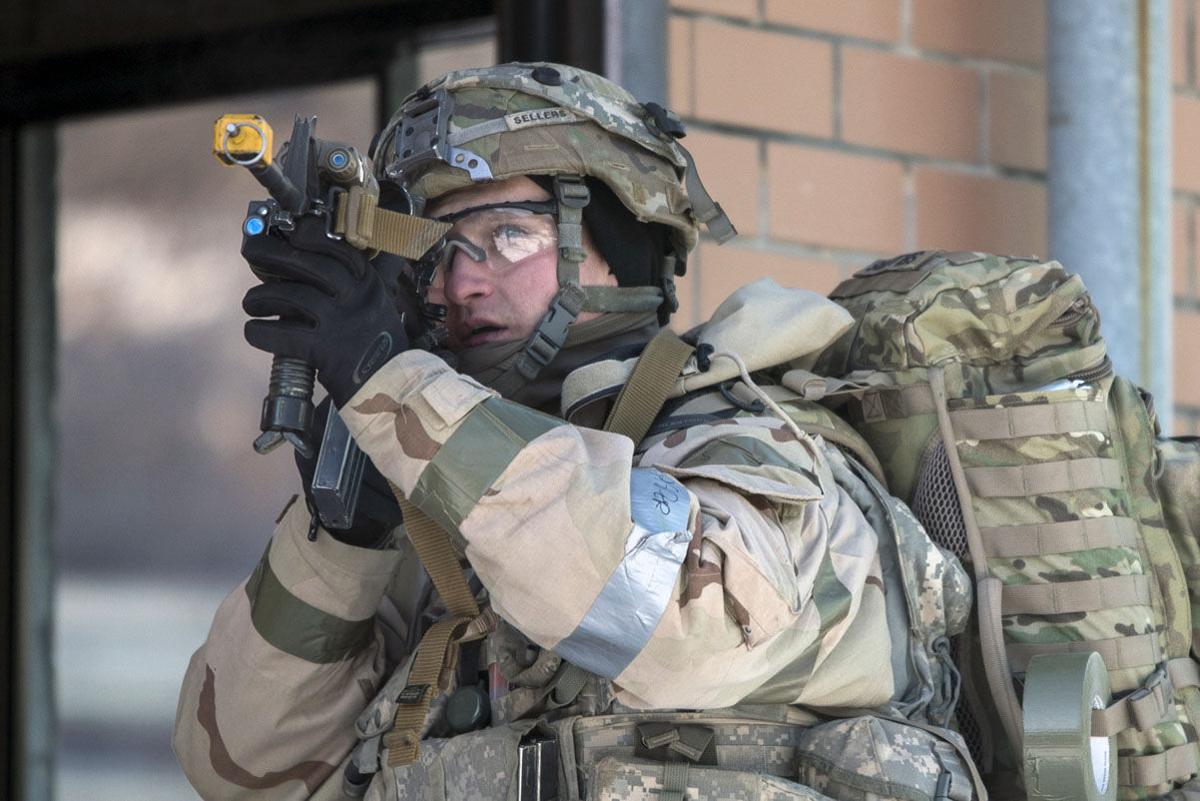 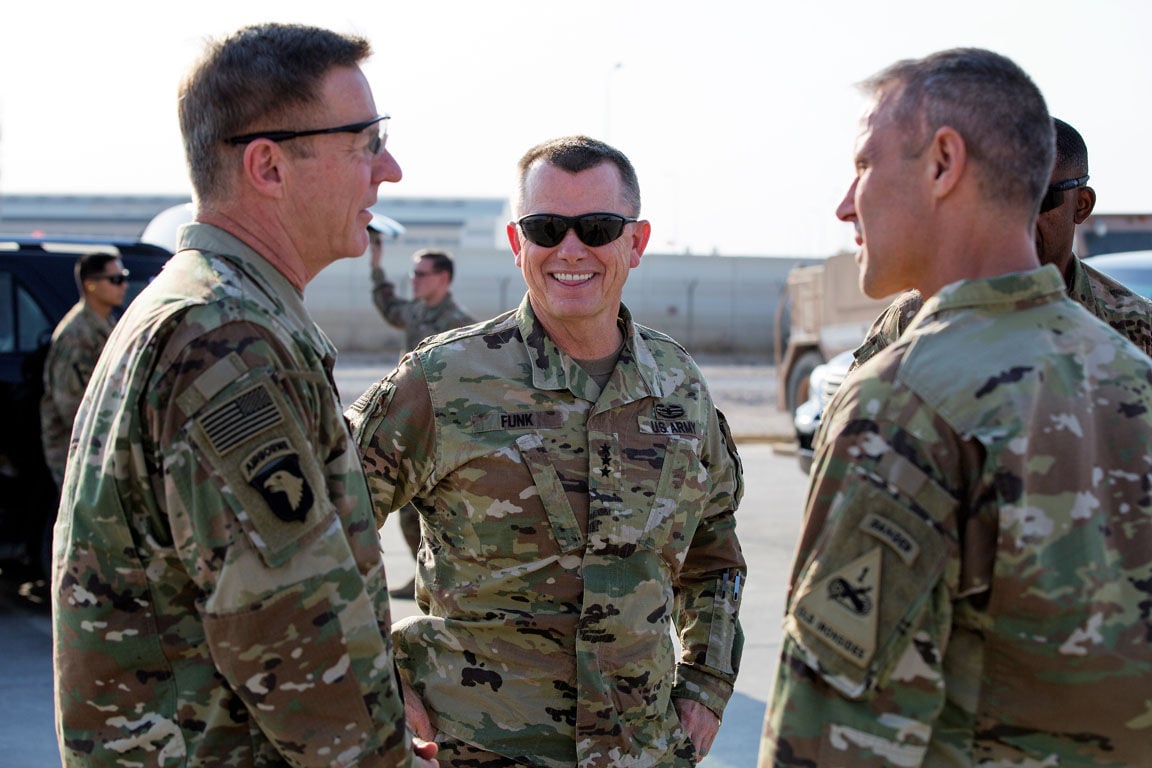 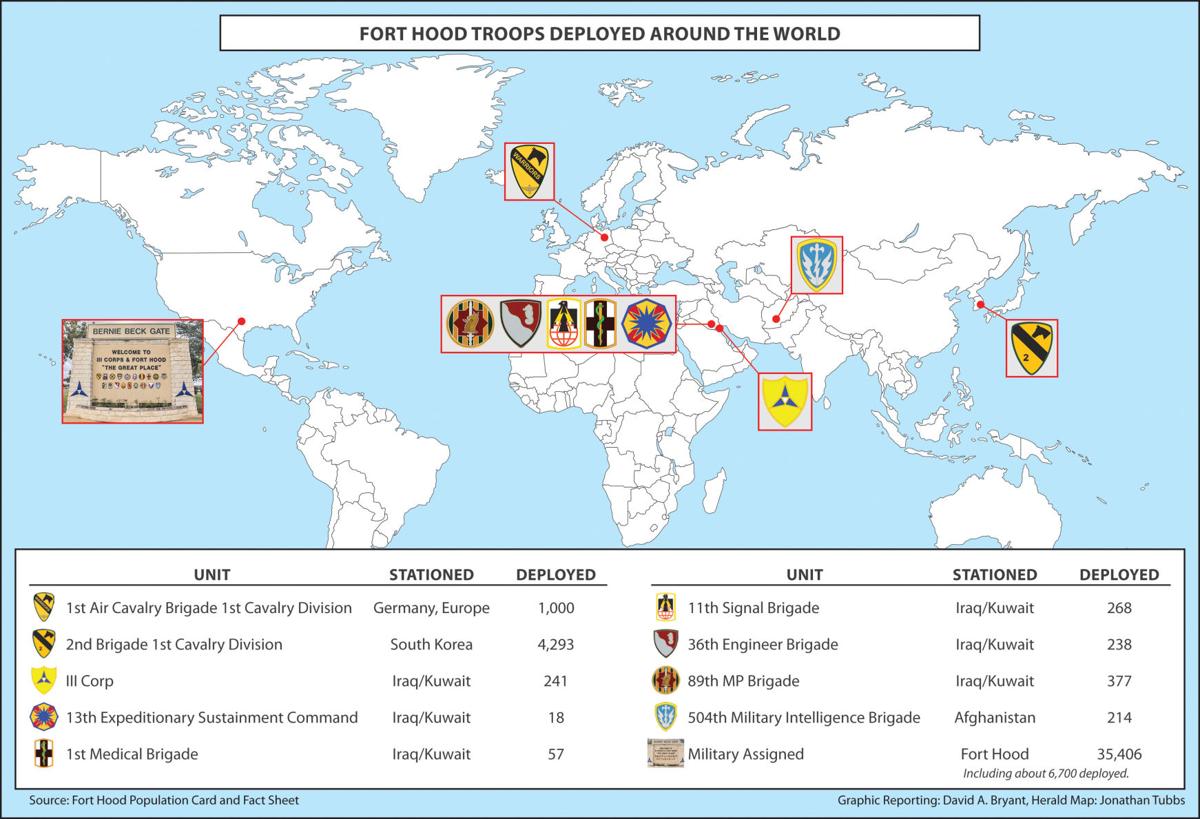 FORT HOOD — About 20 percent of the more than 35,000 troops stationed at Fort Hood will bring in the new year deployed around the globe, according to the latest fact sheet put out by post officials.

The fact sheet, dated Dec. 6, states there are 35,406 military members assigned to the post — which includes U.S. Air Force personnel and active Reserve/National Guard soldiers. Of those, a little more than 6,700 are deployed.

On Dec. 18, Funk updated the Central Texas community on the fight against ISIS.

“There has been a tremendous increase in the confidence and will of the Iraqi Security Forces and the Syrian Democratic Forces,” Funk said. “In 2015, ISIS had over 7 million people under their evil control. Now, at almost Christmas-time 2017, about 6.8 million of those people have been liberated.”

The 1st Cavalry Division has about 5,300 troops deployed, with nearly 4,300 soldiers of the division’s 2nd Brigade Combat Team in South Korea.

Secretary of Defense Jim Mattis said Dec. 22 that “storm clouds are gathering” over the Korean Peninsula, according to an Associated Press report. As diplomats try to resolve the nuclear standoff, he told soldiers that the U.S. military must do its part by being ready for war and emphasized that diplomacy stands the best chance of preventing a war if America’s words are backed up by a strong and prepared armed forces.

Despite the unease on the Korean peninsula, the 2nd Brigade troopers continue to train and “stands ready to support the (Republic of Korea) Army and defend the Korean people,” according to the unit’s Facebook page. The “Black Jack” soldiers also find time to volunteer at schools and orphanages and have distributed charcoal to heat the homes of impoverished citizens of Dongducheon City during the frigid winter months.

About 1,000 soldiers from the 1st Air Cavalry Brigade are in Germany and other European countries as aviation assets for Operation Atlantic Resolve. The operation was initiated to reassure NATO that the U.S. was dedicated to European stability as a result of Russia’s actions in Ukraine beginning in 2014.

During December, the Air Cavalry troopers hosted German Air Traffic Controllers from Niederstetten, Germany, at Illesheim Army Airfield to learn about the AH-64 Apache and UH-60 Black Hawk aircraft and competed in a basketball tournament with soldiers in the Latvian Air Force, according to the brigade’s Facebook page.

The 89th Military Police Brigade has 377 soldiers spread out to all theaters where the 1st Cavalry Division is serving.

The 11th Signal Brigade has 268 soldiers deployed and the 36th Engineer Brigade has 238, all within the 1st Cavalry Division footprint.

More than 210 soldiers from the 504th Military Intelligence Brigade are deployed to Afghanistan.

The 85th Civil Affairs has fewer than 50 deployed, the 1st Medical Brigade has 57, and the 3rd Cavalry Regiment has three deployed. The 13th Sustainment Command has 18 soldiers deployed in all theaters, including Africa.