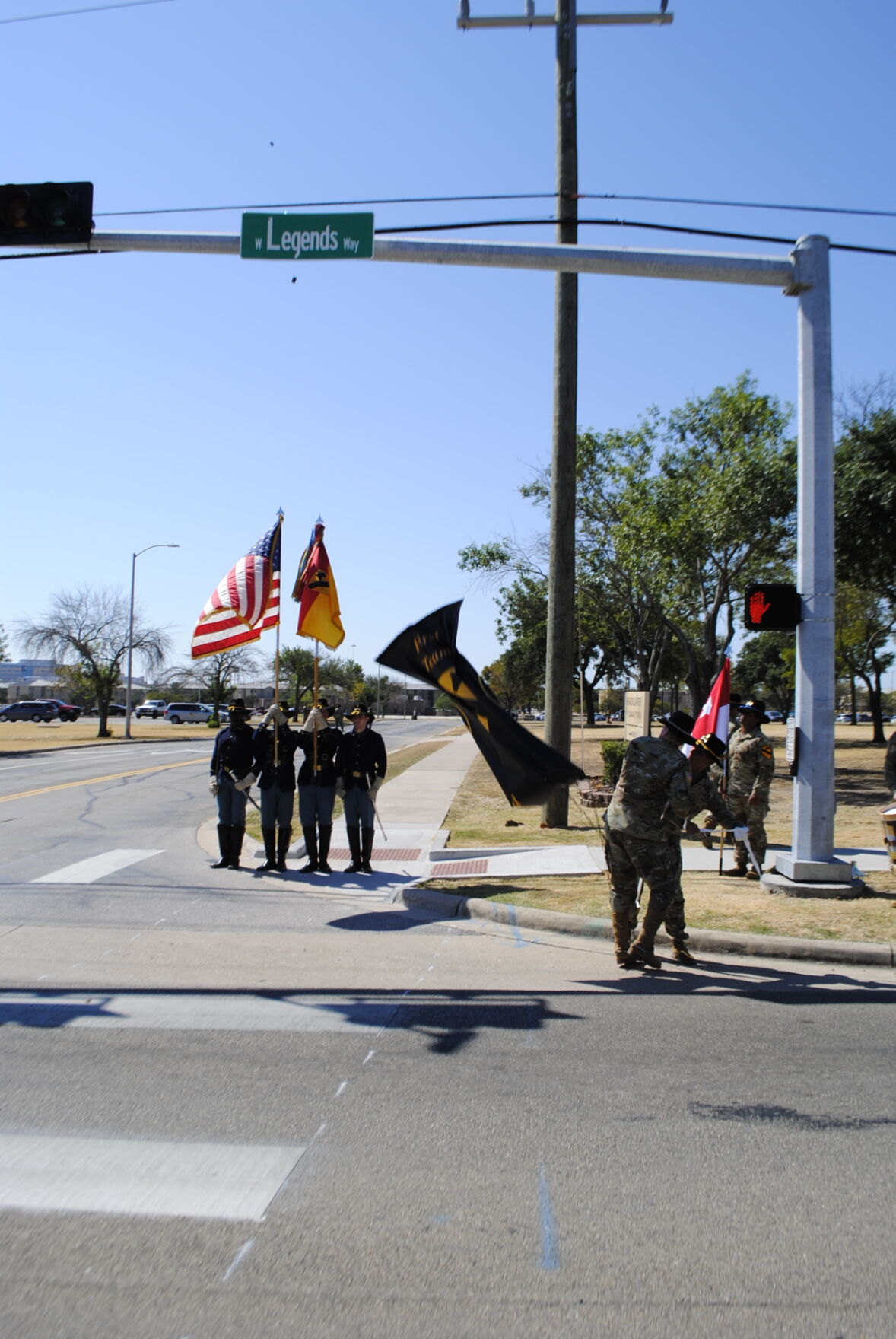 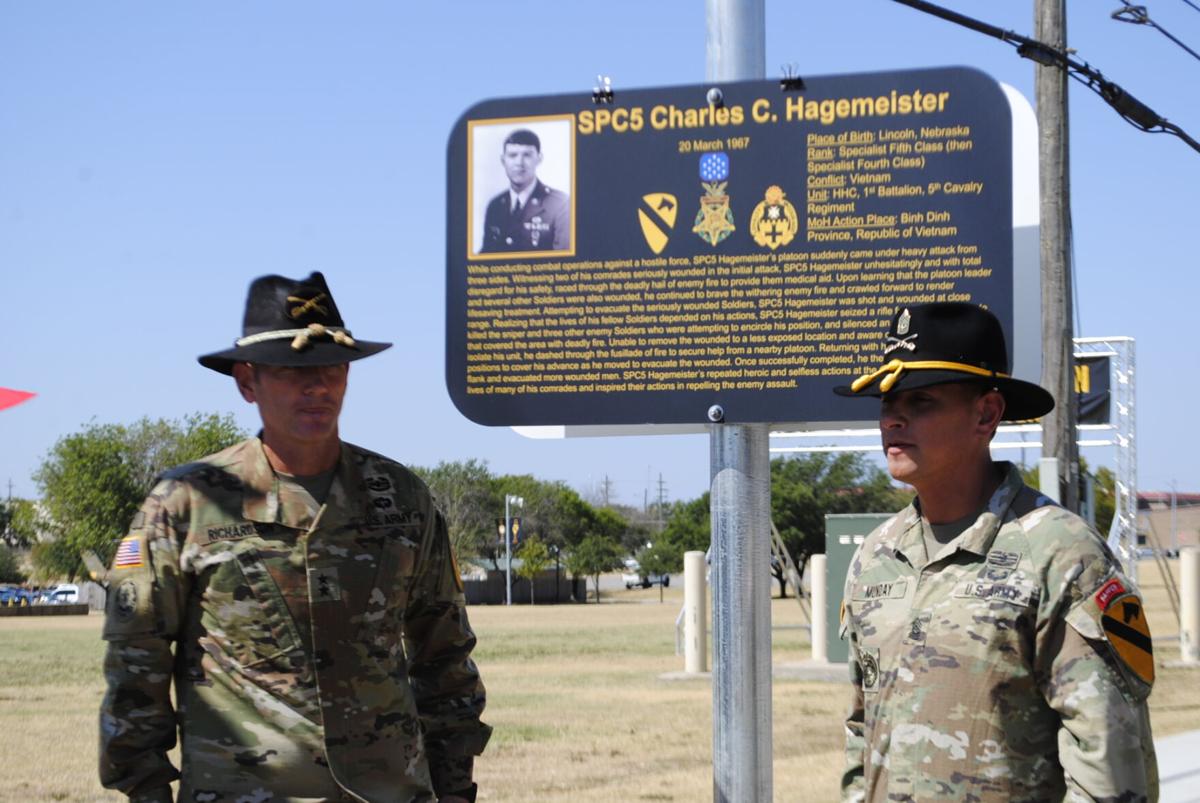 FORT HOOD — The command team for the 1st Cavalry Division officially unveiled Legends Way during a ceremony in front of Cooper Field on Monday.

Formerly Battalion Avenue, the new name is designed to recognize the division’s — and other units on Fort Hood — Medal of Honor recipients who “Lived the Legend” through their heroism. Nearly every quarter mile along the newly designated Legends Way, signs now hang with pictures of each of the division’s 43 Medal of Honor recipients and the story of how each soldier earned the medal.

Maj. Gen. John Richardson IV, commander of the “First Team,” and Command Sgt. Maj. Shade Munday, the division’s senior enlisted advisor, formally unveiled one of the street signs and one of the Medal of Honor recipient signs as part of a week-long celebration of the division’s 100th birthday. The street was officially renamed to Legends Way on Sept. 13, the anniversary of the division being constituted at Fort Bliss, Texas, as a mounted horse cavalry division.

“The road was named Battalion because the division and the separate brigades down the road all had their battalion headquarters on the street,” Richardson said. “It didn’t have a lot of historical meaning behind it. So the division took the initiative to use this opportunity to leverage the 100th birthday to memorialize the legends of this division.”

The road runs the length of Fort Hood, Richardson said. Units not from the division along the road will have the opportunity to memorialize their own unit heroes on Legends Way the same way the First Team did within the division’s footprint.

“In the First Cav, we say ‘First Team, Live the Legend.’ We have a lot of legends we want to recognize, especially our Medal of Honor recipients,” Richardson said. “So you will see a Medal of Honor winners about every quarter of a mile, their picture and their story, what they did and how they lived that legend.

“The purpose is to inspire our soldiers. And after you read their stories, you can’t help but be inspired.”