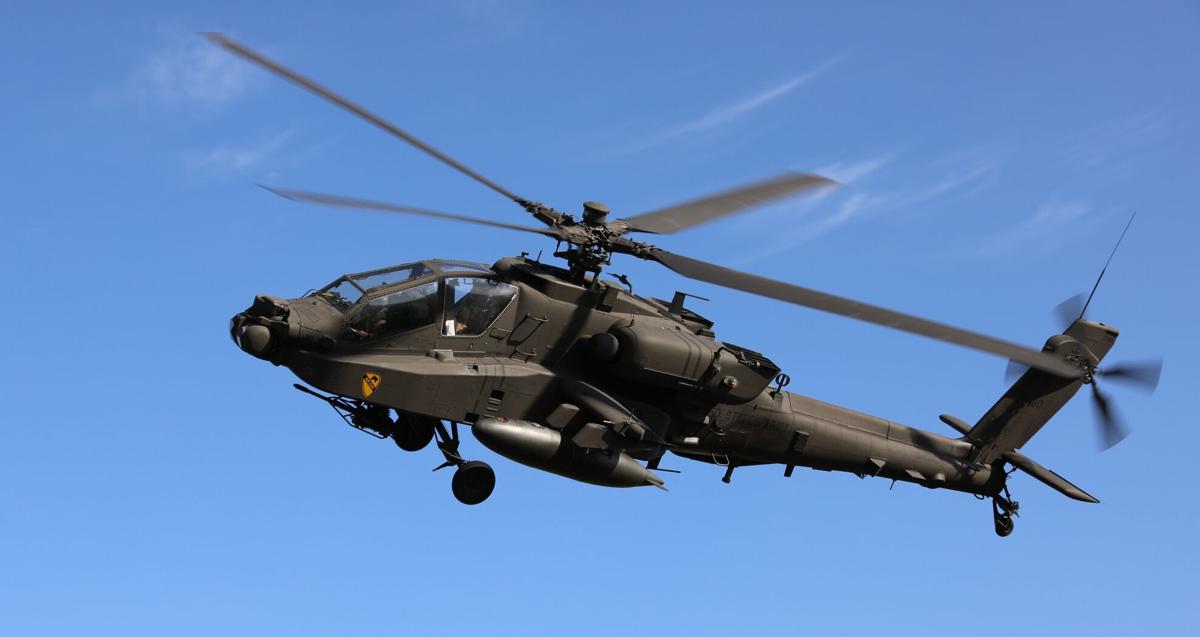 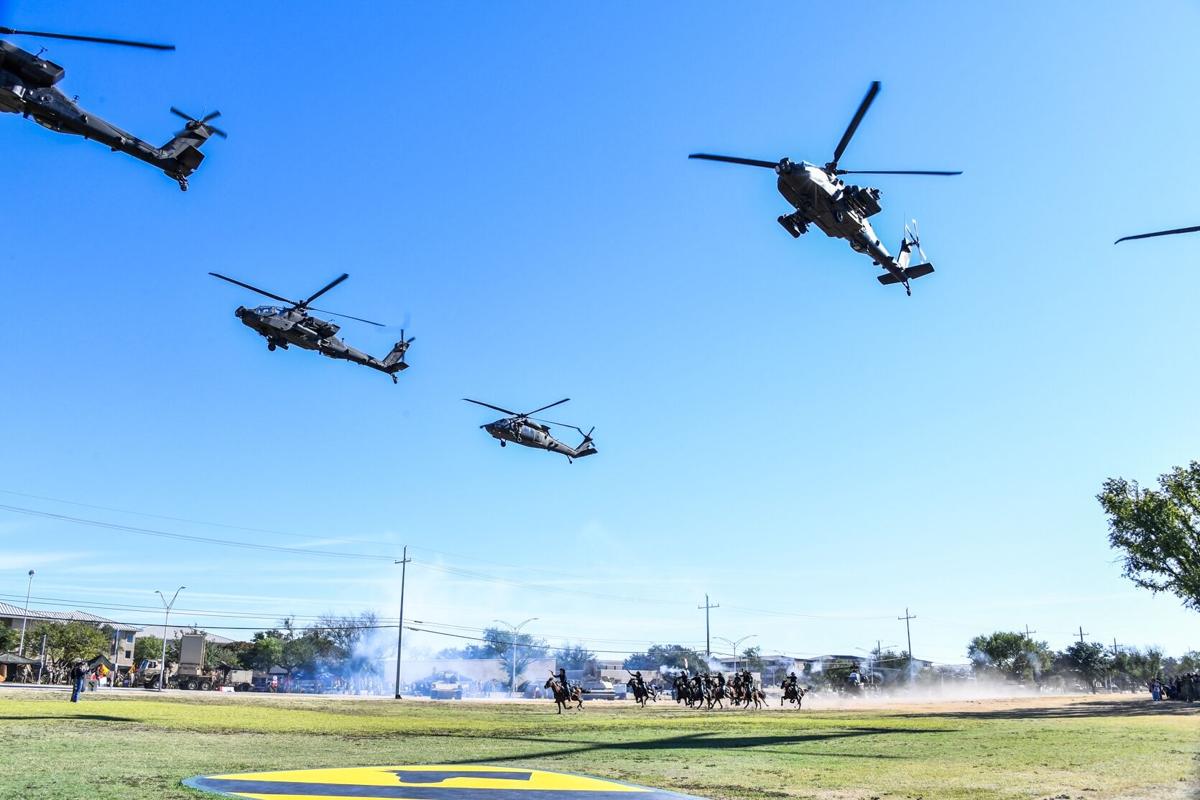 Apache helicopters and troopers with the 1st Cavalry Horse Detachment perform a “cavalry charge” at 1st Cavalry Division’s Cooper Field on Sept. 24 during a celebration of the division’s 100th birthday. The division’s 1st Air Cavalry Brigade will soon deploy to Europe, the Army announced on Friday.

Apache helicopters and troopers with the 1st Cavalry Horse Detachment perform a “cavalry charge” at 1st Cavalry Division’s Cooper Field on Sept. 24 during a celebration of the division’s 100th birthday. The division’s 1st Air Cavalry Brigade will soon deploy to Europe, the Army announced on Friday.

About 2,000 “Air Cav” troops from Fort Hood will soon be soaring the skies of Europe.

The 1st Air Calvary Brigade, which is part of the 1st Cavalry Division at Fort Hood, will deploy to Germany, Poland and other parts of eastern Europe for a nine-month rotational deployment, Army officials announced Friday.

The local brigade will replace the 1st Infantry Division Combat Aviation Brigade to support the United States’ commitment to Atlantic Resolve — a mission that rotates U.S. Army units in and out of Europe, working with NATO allies.

“The 1st Air Cavalry Brigade is one of the most storied and combat-tested brigades in our Army,” said Maj. Gen. John B. Richardson, commanding general of the 1st Cavalry Division. “The 1st Cavalry Division stands resolute in its 100th year to provide combat ready forces capable of conducting Unified Land Operations anywhere in the world.”

“Training to fight and win with our European partners builds confidence across the globe in NATO’s combined lethality.” said Col. Reggie Harper, 1st Air Cavalry Brigade commander. “Our team is comprised of the finest combat aviators on the planet. We are trained and ready for this rotation.”

The problem is, they cannot be trusted to carry out their mission, because their commander in chief is a clueless, anti American Marxist buffoon