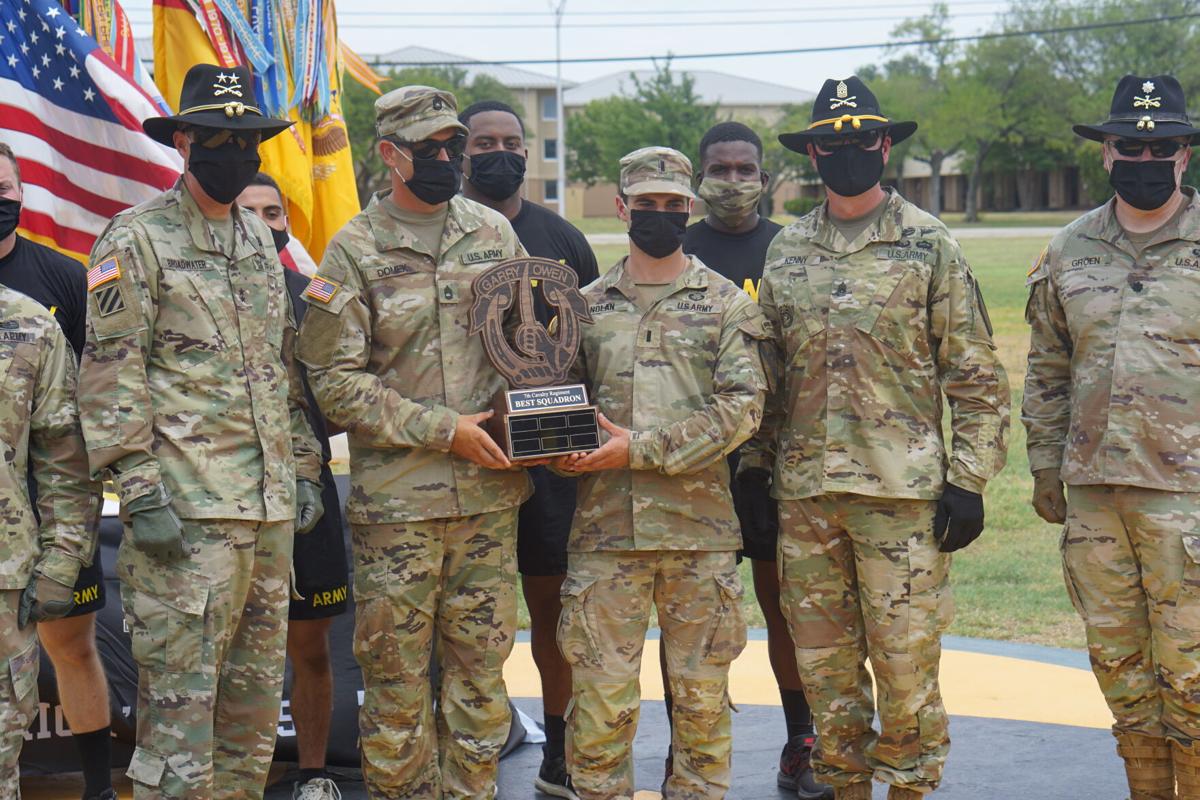 Members of the 7th Regiment, 1st Cavalry Division hold the Gary Owen trophy in honor of their birthday and competition that was held between the three regiments, Friday at Cooper Field in Fort Hood. 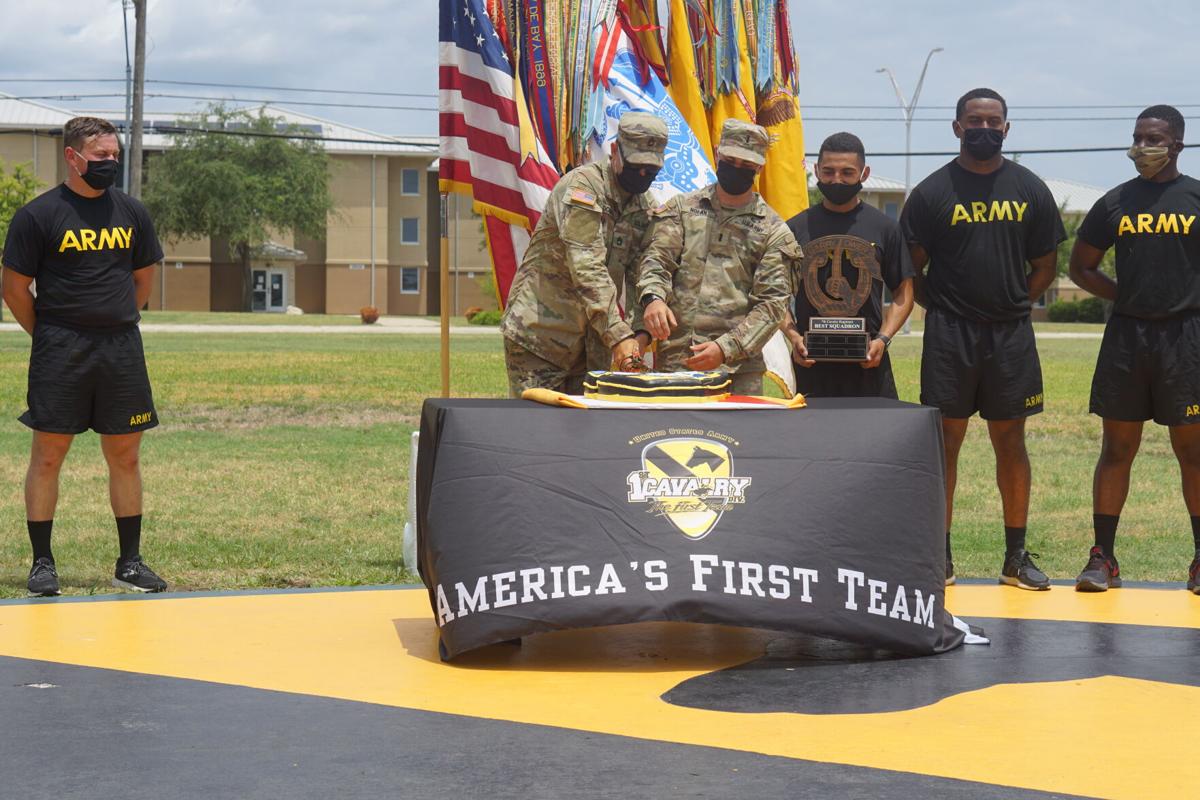 Members of the,7th Regiment, 1st Cavalry Division cut a ceremonial cake in honor of their birthday and competition that was held between the three regiments, Friday at Cooper Field in Fort Hood.

Members of the 7th Regiment, 1st Cavalry Division hold the Gary Owen trophy in honor of their birthday and competition that was held between the three regiments, Friday at Cooper Field in Fort Hood.

Members of the,7th Regiment, 1st Cavalry Division cut a ceremonial cake in honor of their birthday and competition that was held between the three regiments, Friday at Cooper Field in Fort Hood.

FORT HOOD — Soldiers of the Army’s 7th Cavalry Regiment including 1st Squadron and 2nd Battalion from Fort Hood, and 5th Squadron from Fort Stewart, Georgia, celebrated the regiment’s birthday at Fort Hood’s Cooper Field Friday where they hosted a variety of competitions between 18 competitors of the three units.

“This is our first time having the competition,” said Lt. Col. Richard Groen, squadron commander for 1st Squadron, 7th Cavalry Regiment, part of 1st Cavalry Division’s 1st Brigade Combat Team. “The regiment is now 154 years old and it was an opportunity to get each one of the two squadrons and the battalion together to have a competition and kind of celebrate our history, The amazing thing was we were able to get 5-7 Cav from Georgia to participate, and they did the events on Thursday. They we able to video in to give us their results of the competition.”

Groen said the competition included a number tests with a Bradley Fighting Vehicle.

The troopers performed gunnery skills tests on the Bradley and “had 10 different events, and we did those events for time,” he said. “We did a simulator for the Bradley to see who could score the highest out of two crews and they finished it up with the Army combat fitness test for time.”

The units plans to keep the competition going for several years to come and to streamline them, said Groen.

“So whatever location we are in the future, we have the ability to do this,” Groen said. “We can use this as a way to celebrate what the regiment has done and honor the lineage.”

“This regiment has battled some of the most determined enemies in its history,” he said, “For us to have a chance to come back and challenge ourselves a little bit and build on that history, show ourselves and teach ourselves that we, too, can overcome the same obstacles.”

Spc. Ronando Moore with Blackhawk Troop said he and his competitors trained all week for the competition.

“We did tryouts on Monday and it was easier than what we did today,” he said. “We did the BATS (Bradley) simulation and other GST (Gunnery Skills Testing) and it kind of came second nature to us, We went into instinct mode and the PT (physical training competition) was easy because we do it every morning.”