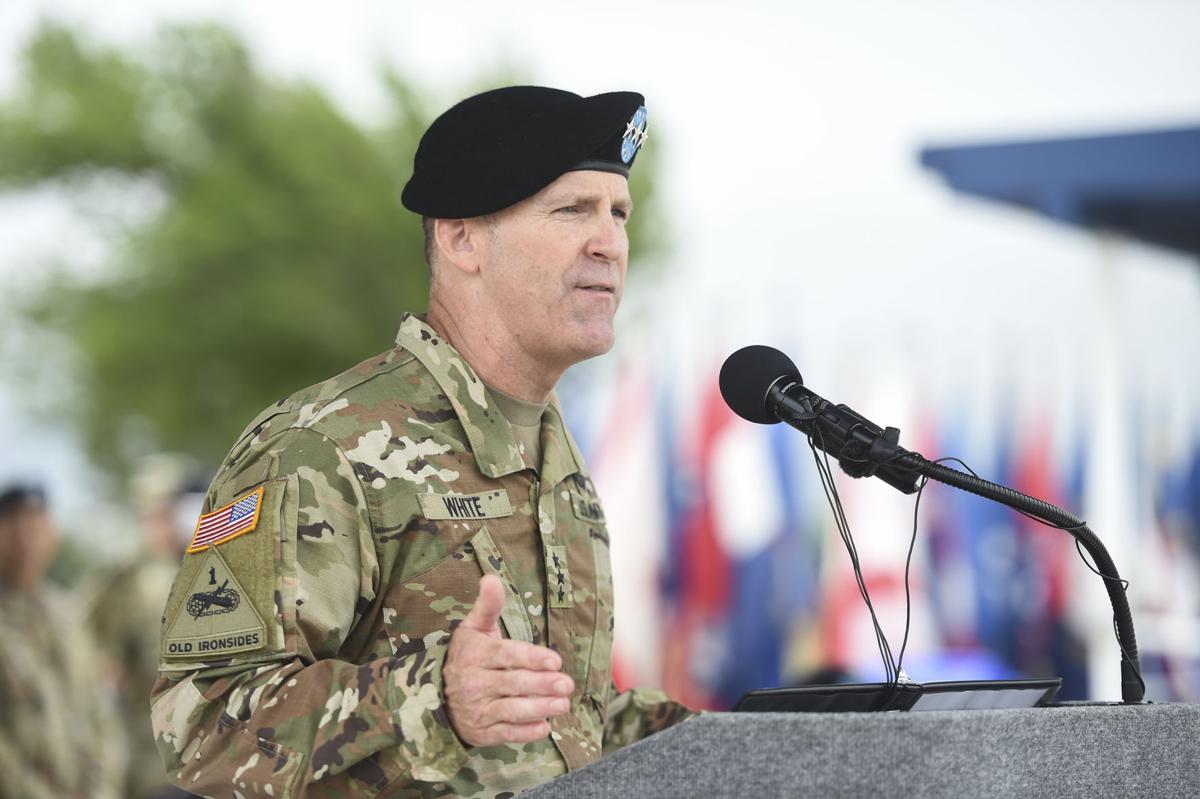 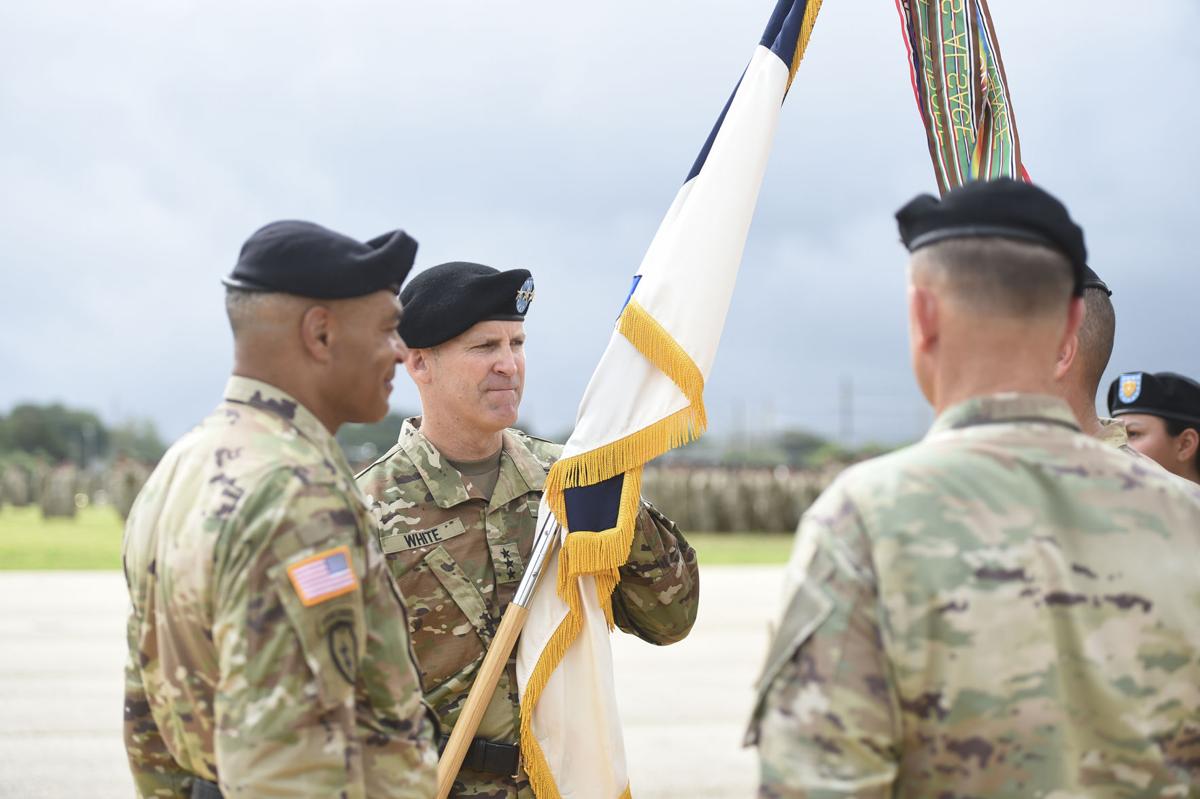 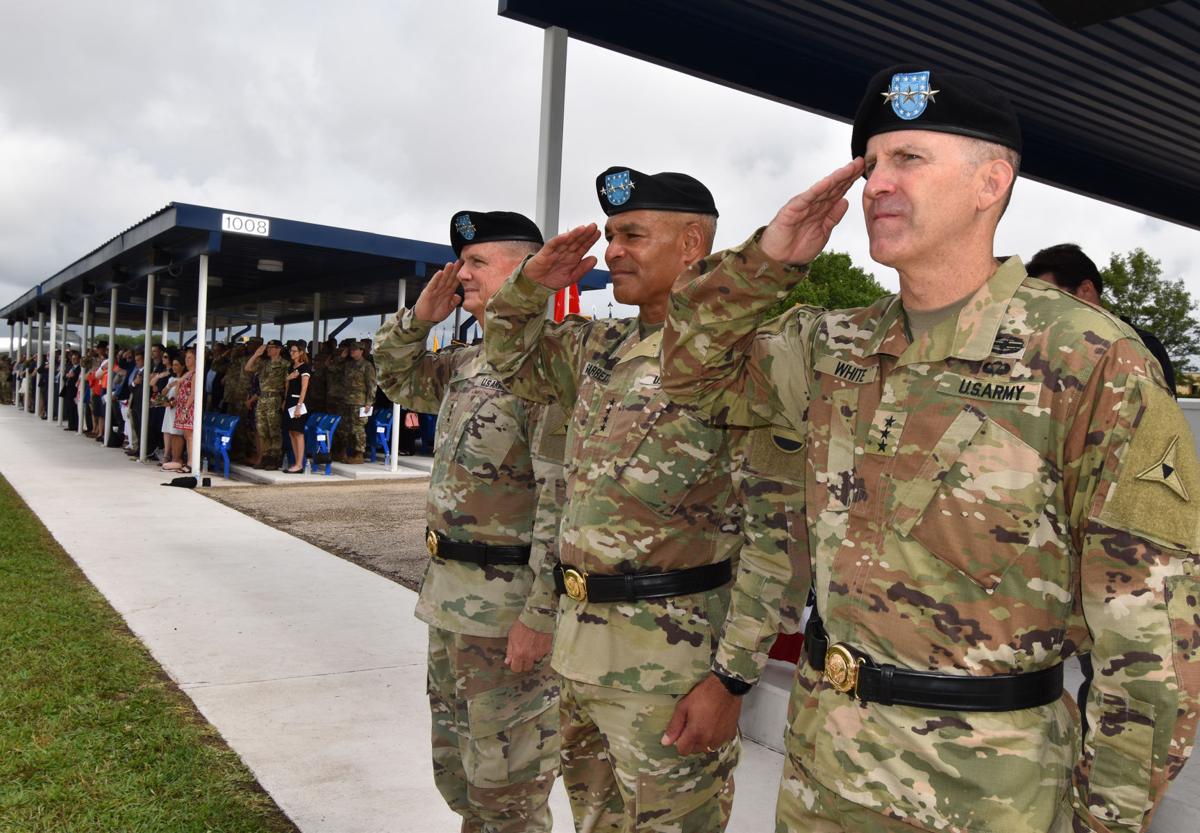 “For Lt. Gen. Paul Funk and his wife, Dr. Beth Funk, this day not only marks a new beginning but also symbolizes the conclusion of another tremendous chapter in this Corps’ storied history,” Garrett said. “Paul and Beth, thank you all for all that you have done leading III Corps and Fort Hood.”

Funk will be promoted and serve as commanding general of U.S. Army Training and Doctrine Command after departing Fort Hood. Funk’s father, retired Lt. Gen. Paul “Butch” Funk Sr., was a III Corps and Fort Hood commander in the mid-90s.

“Pat is a remarkable leader with extensive operational experience and I know that he is the right leader to lead this tremendous Corps to new heights,” Garrett said. “Pat and Emma, we are offering you a new set of challenges at Fort Hood — perhaps the most difficult set of challenges any general officer can face. And that is taking a great unit and making it better.”

Pat White served as an armor officer since earning a commission from Claremont McKenna College in 1986. Over his three decade career, he served in a variety of command and staff positions of increasing responsibility in the United States, Europe, Middle East and South Asia. These include combat deployments for Operations Iraqi Freedom, Enduring Freedom, and Inherent Resolve.

While new to Fort Hood, Pat White has served in III Corps units several times during his career. From July 2017 through March 2018, while commanding the 1st Armored Division, he led ground operations in Baghdad during the defeat of ISIS in Iraq. His headquarters at the time reported to III Corps and Combined Joint Task Force-Operation Inherent Resolve.