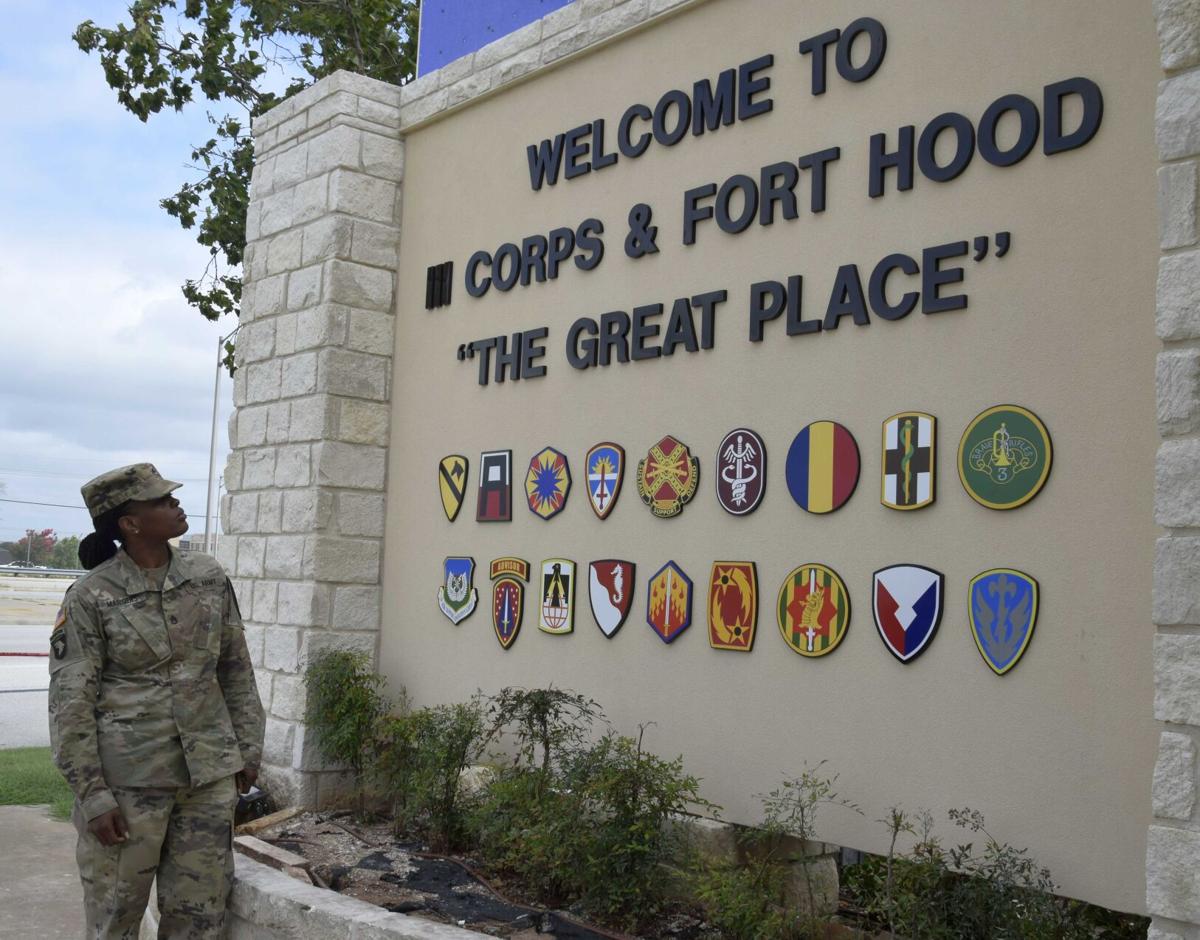 Staff Sgt. Sandy Marquis, 39, looks at the Fort Hood welcome sign at Bernie Beck gate on July 16. Marquis said "Fort Hood is not a great place. If it was a great place, you’d keep your soldiers safe, you would keep us out of harm." Marquis is fighting Fort Hood criminal allegations that she impeded an investigation in 2018. Her trial date is scheduled for November. 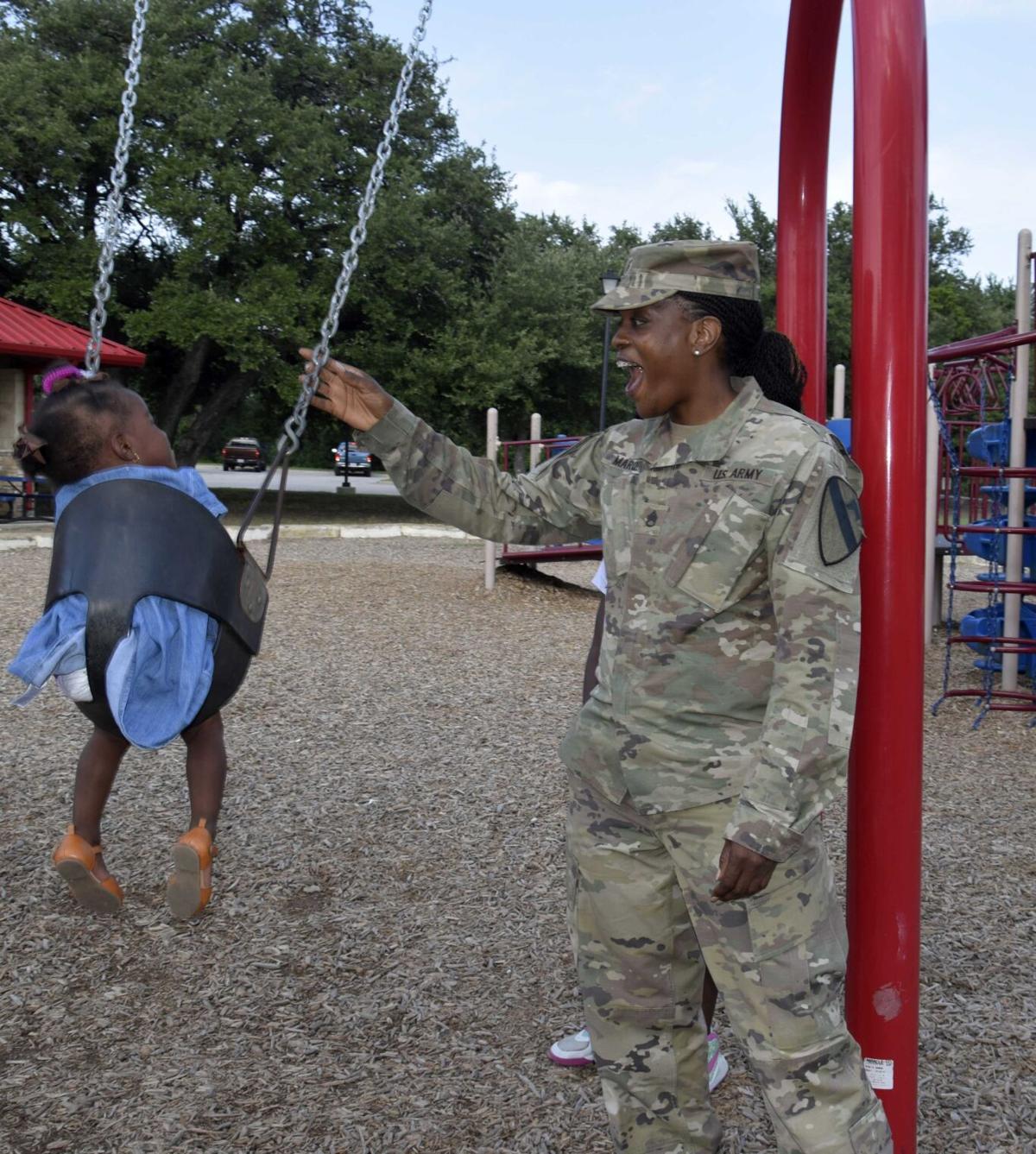 Staff Sgt. Sandy Marquis, 39, smiles at her youngest daughter as she swings at Purser Family Park playground on July 16. Marquis is fighting Fort Hood criminal allegations that she impeded an investigation in 2018. Her trial date is scheduled for November.

In March, Fort Hood officials charged Marquis, 39, a logistician in the 1st Cavalry Division Sustainment Brigade, with two counts of child endangerment, and one count of obstruction of justice — charges based upon a 2018 CPS case that has since been dismissed. Read more about the case here: https://bit.ly/3i6fthv.

An active-duty Army master sergeant and a retired sergeant first class went on the record Sunday in support of Marquis, backing up her claim that an officer falsified a statement in her case — a lie that could now land Marquis up to nine years in jail, and her four children under 10 without their mom, if it’s not corrected quickly, she and her supporters say. Read more about the recent allegations here: https://bit.ly/3rzu7Rp.

The Herald did not name the officer because he has not been officially charged with anything that the Herald could find.

“We take the allegations seriously,” Tignor said. “We are looking into the matter.”

Marquis’ Fort Hood-appointed attorney filled out paperwork Friday to be removed from the case, Marquis said.

The Herald reached out to Fort Hood officials Monday to ask if a new attorney has been appointed to Marquis’ case and if Fort Hood is investigating the matter further in light of the recent allegations of a possible falsified statement.

Fort Hood officials had not responded to the Herald’s request for comment as of Monday evening.

Marquis is in the process of obtaining new counsel before her court-martial at Fort Hood.

Looking into it? How about looking for a way to sweep it under the rug