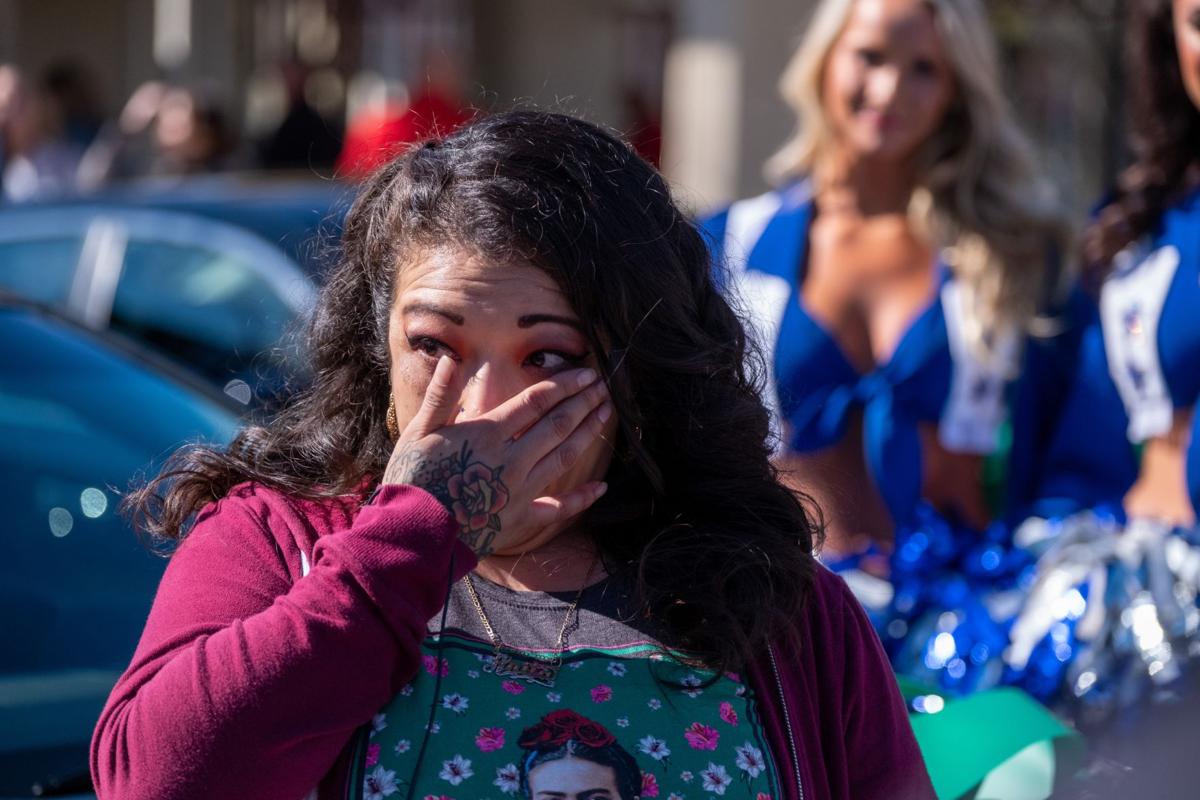 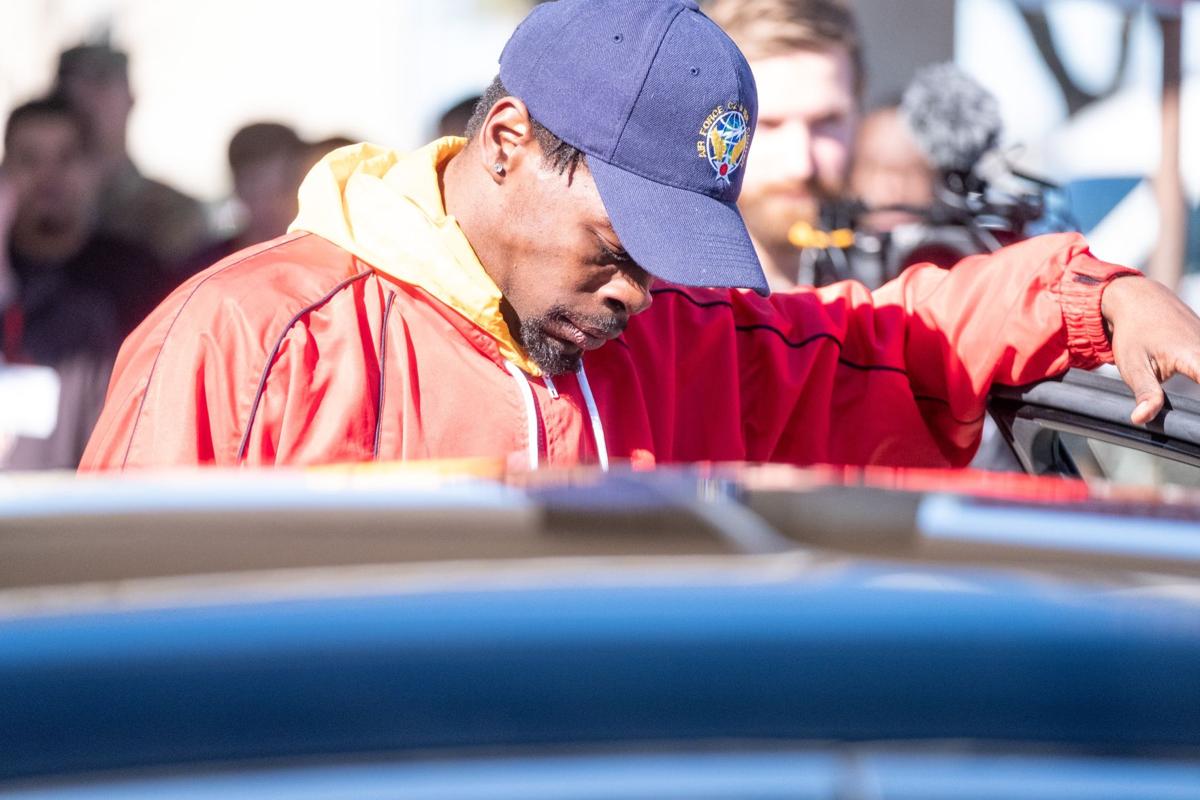 FORT HOOD — The lives of two Gold Star spouses were changed forever on Friday when they each received a refurbished Nissan Altima through the National Auto Body Council’s Recycled Rides program.

The vehicles were donated by Geico Insurance and refurbished through the Caliber Collision Changing Lanes program, an 18-week course for soldiers transitioning from the Army into civilian life. The most recent class, Cohort 21, graduated on Friday and refurbished the cars during their training.

Former Dallas Cowboy Chad Hennings, the Dallas Cowboys Cheerleaders and team mascot “Rowdy” were all on hand to help reveal the vehicles.

The recipients of the vehicles both lost their husbands while they were active-duty Army, and were nominated for the vehicles by Fort Hood’s Survivor Outreach Services.

Jaylin Henry-Means said his husband was originally from Killeen, but they were stationed at Joint Base Lewis-McChord, Washington, when his husband drowned during a boating accident.

“It’s been hard without him,” said Henry-Means, who is also an Army veteran.

He currently works cleaning houses, with a monthly income of less than $1,000, so the vehicle would definitely change his life, he said.

“There are really not words enough to express how I feel — it’s hard for me to project when I need help,” Henry-Means said. “I can’t thank y’all enough and there are not enough words for me to show my gratitude. I’m speechless.”

On Jan. 31, it will have been 16 years since Anita Cabral’s husband was killed in action while deployed to combat.

“He was stationed here at Fort Hood,” said the mother of four. “Manuel, our second-oldest, was only 18 months when his dad passed, and he’s fixing to graduate high school.”

Cabral works on post and lives 15 minutes away, she said. Currently, her only vehicle has a dying transmission, so the new vehicle will now be her transportation to work.

“I’m absolutely speechless, I’m just blown away,” Cabral said. “I’m humbled, I’m grateful, super blessed that SOS thought of me and my family. They really take care of us, and I’m really grateful for what they’re doing for us.”

In the trunk of the vehicles were also multiple gifts — including Dallas Cowboys memorabilia — for the recipients, something appreciated by both.

“What’s amazing, (Manuel) is learning from Caliber Collision in high school, so everything is just turning full circle,” Cabral said. “I’m really grateful for everything.”