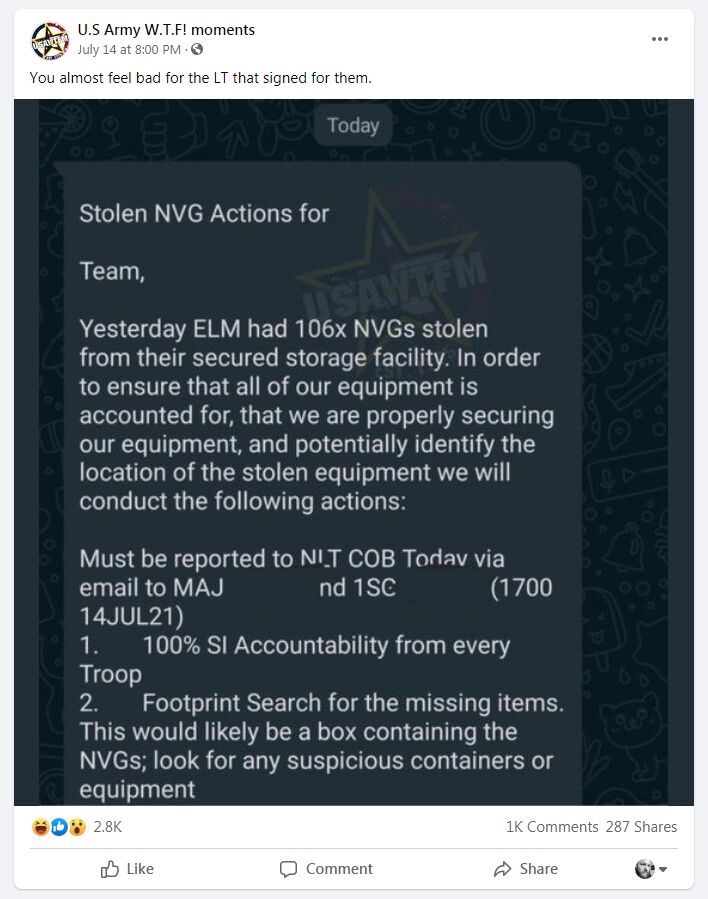 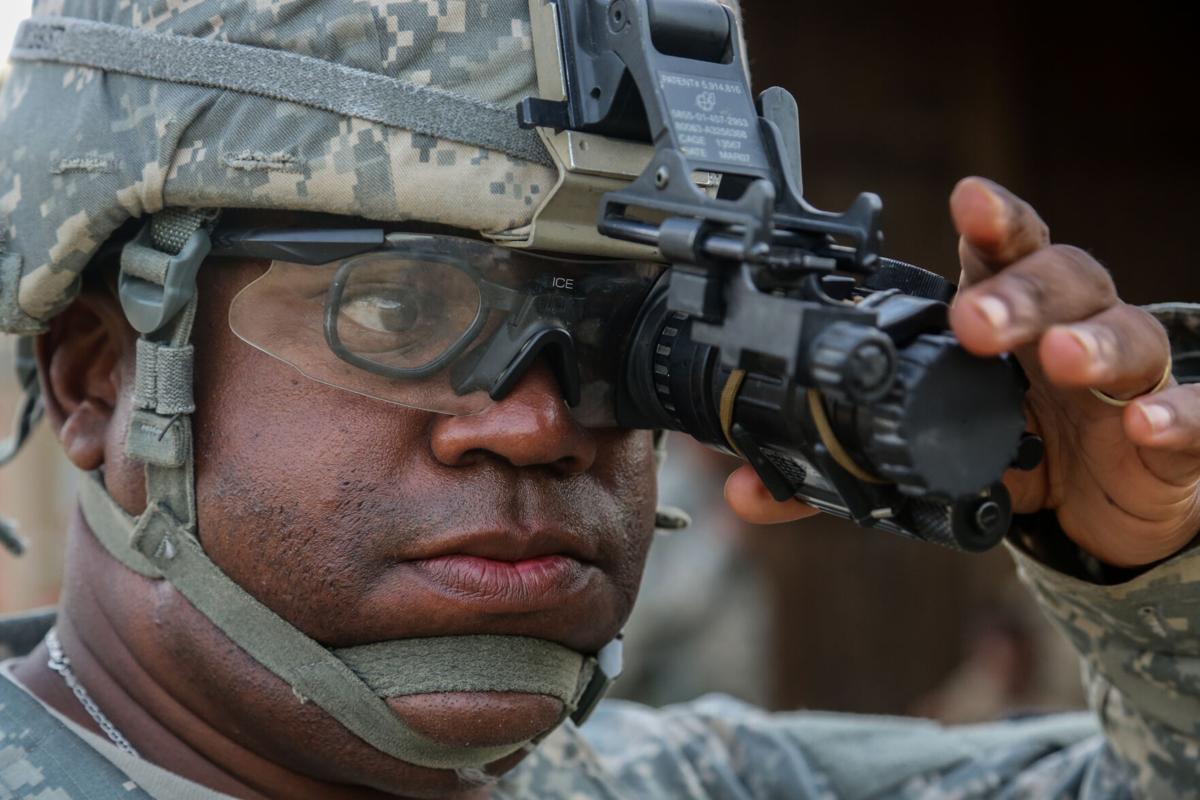 A news story about missing night vision goggles from Fort Hood made national headlines over the weekend.

By Saturday evening, the missing night vision goggles had made nationwide headlines, including stories in the Army Times, a Houston TV station and the National Public Radio website.

Moreover, the post from the Facebook page, which appears to be a screen shot of a message to unit leaders about the missing equipment, indicated the equipment was stolen, and there would be an intensive search for the night vision devices.

If the goggles were in fact stolen, according to the National Public Radio article, this wouldn’t be the first such incident in recent memory.

A former soldier at North Carolina’s Fort Bragg was charged in 2019 with stealing more than $2 million worth of property — including 43 night vision devices — over the course of a year and a half, according to NPR.

If anyone has information about the missing night vision devices, they should call the Fort Hood crime tips line at 254-287-2722.

The Fort Hood officials have confirmed that multiple “Monocular Night Vision Devices” are missing from a maintenance facility at Fort Hood.