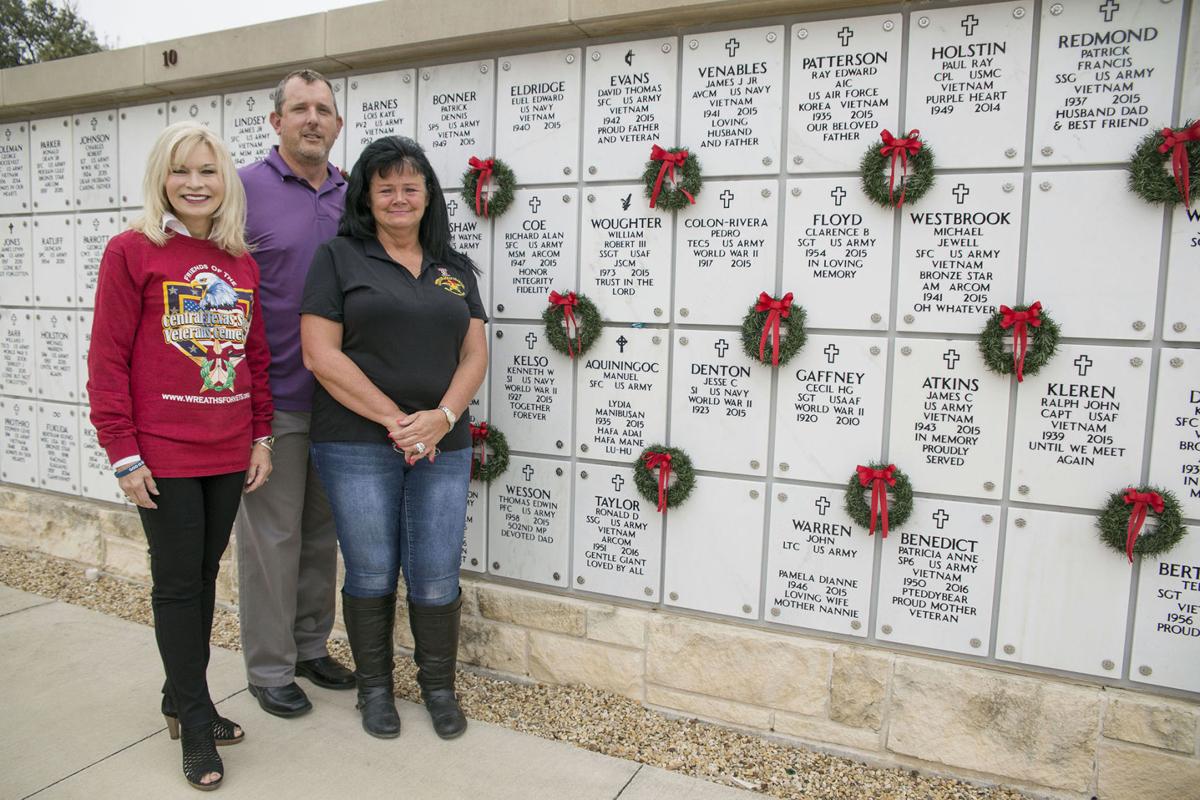 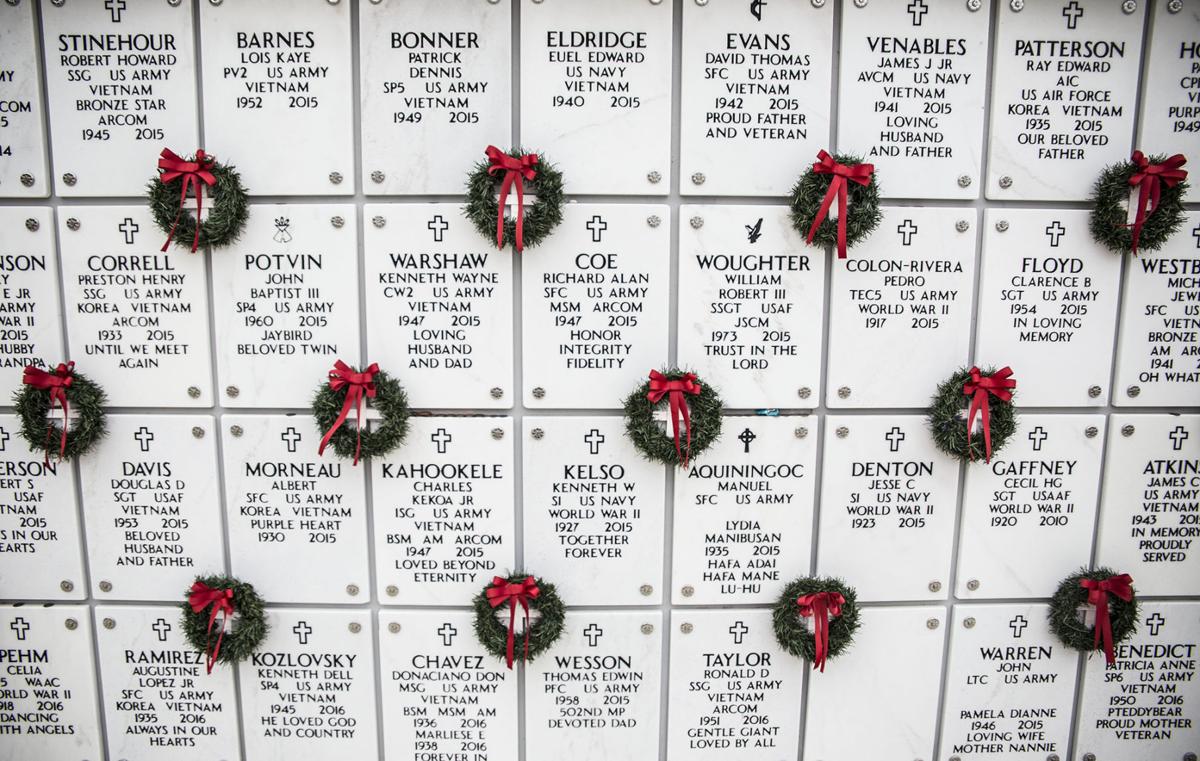 Mini wreaths are seen at the graves on the columbarium at the Central Texas State Veterans Cemetery on Tuesday, Nov. 7, 2017.

Mini wreaths are seen at the graves on the columbarium at the Central Texas State Veterans Cemetery on Tuesday, Nov. 7, 2017.

A wreath is an ancient symbol to honor the dead and its design represents a circle of eternal life.

At the Central Texas State Veterans Cemetery in Killeen, volunteers will lay about 7,000 wreaths at graves this holiday season. In addition, the cemetery has 16 columbariums, which are walls that contain niches to hold urns of cremated remains. Currently, 818 spaces are filled. In past years, full-size wreaths laid on the ground below each row because space on the walls was limited.

But this year, Patty Aquiningoc, head of the support committee for Friends of Central Texas State Veterans Cemetery, took on the challenge of making a mini wreath for each of the graves on the columbarium.

Each mini wreath is 6-inches in diameter, made from a grapevine wreath and wrapped with green garland.

Sister-in-law Jane Aquiningoc helped Patty make a small red bow to go at the top of each wreath, all 1,500 of them, so extras are available when needed.

The big problem was securing the wreaths on the walls since no drilling is allowed. Then Patty Aquiningoc came up with an idea — a piece of Styrofoam was glued on the back and held in place by two craft sticks. The Styrofoam piece was cut to fit into the space between each nameplate holding it in place and is invisible.

Wreaths for Vets provided funding to buy supplies, plus donations, and they started making the wreaths on June 1. Total cost was about $5,000 with Michael’s Craft Store in Temple giving a 20 percent discount on materials.

Another committee member, and Army veteran, Eric Gehring, said the wreath idea is phenomenal. He was happy to help make them.

“Lots of labor of love because each part is handmade, and we just love it,” said Jean Shine, a committee member. She can envision other veteran cemeteries adopting this smaller wreath design.

At the cemetery last week, Carolyn Williams laid a potted plant of yellow flowers beneath the space for her mother, Marian Testa.

Williams and her father, Peter Testa, 93, came to the cemetery on the second anniversary of her passing and also learned of the wreaths.

“I think the idea is absolutely stunning,” said Carolyn Williams.

World War II veteran Peter Testa served from 1943 to 1956, and was stationed in the Aleutian Islands of Alaska during the war.

The thousands of wreaths that go on the graves every year will be prepared at 10 a.m. Nov. 18 at the Killeen Special Events Center, 3601 S. W.S. Young Drive.

Volunteers are needed for preparation, distribution and retrieval.

For more information, go to wreathsforvets.org.