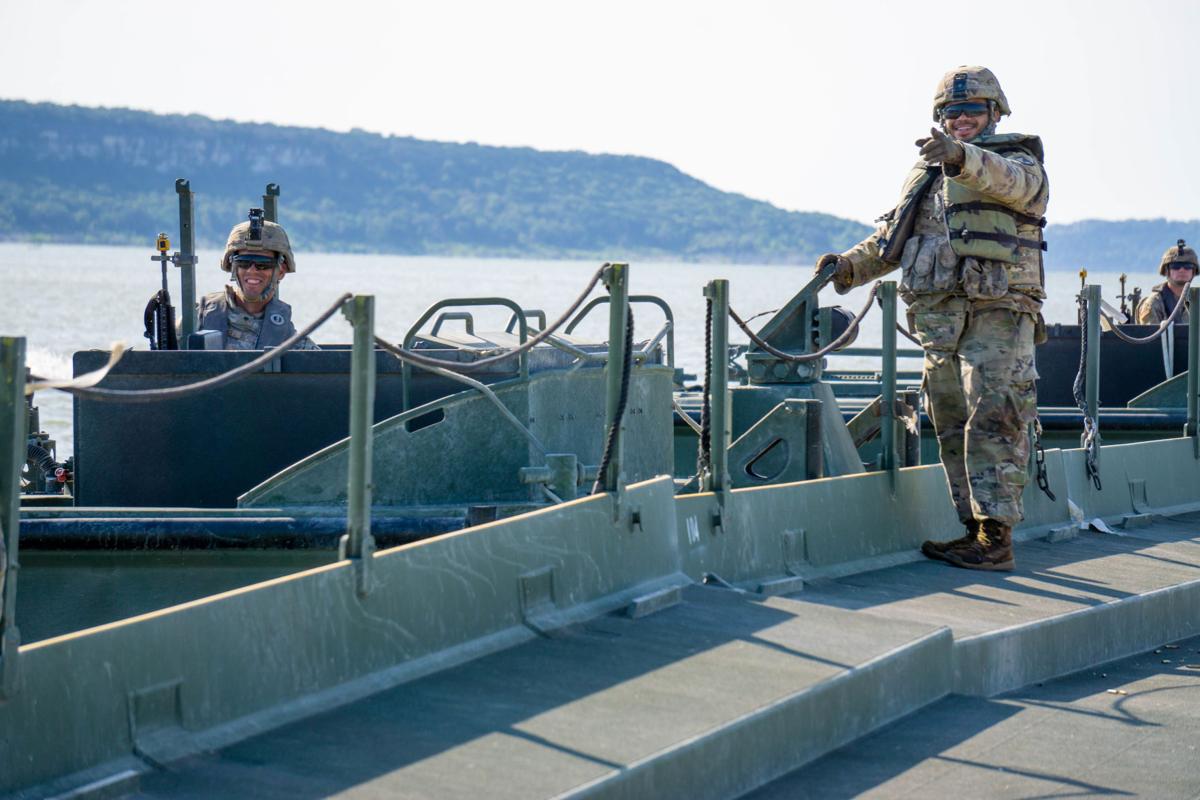 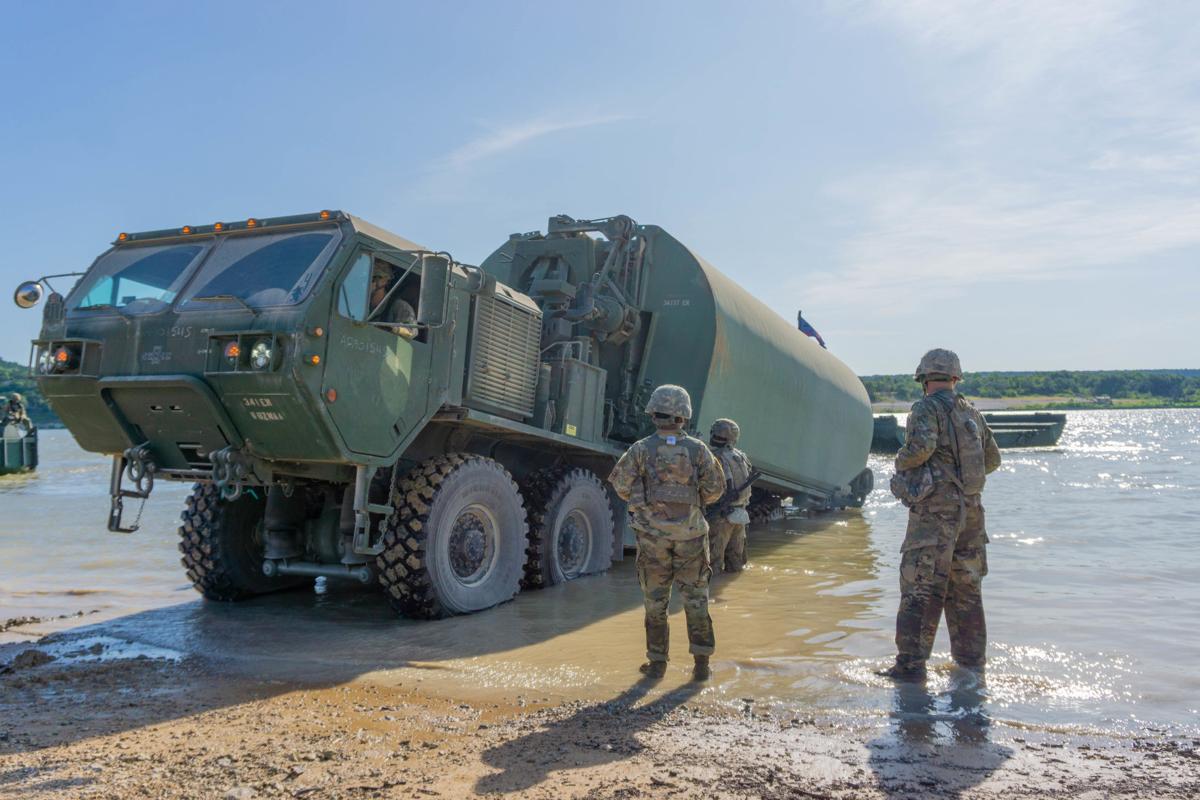 A bridge transport gets ready of offload a bay during a Tuesday exercise at Belton Lake. 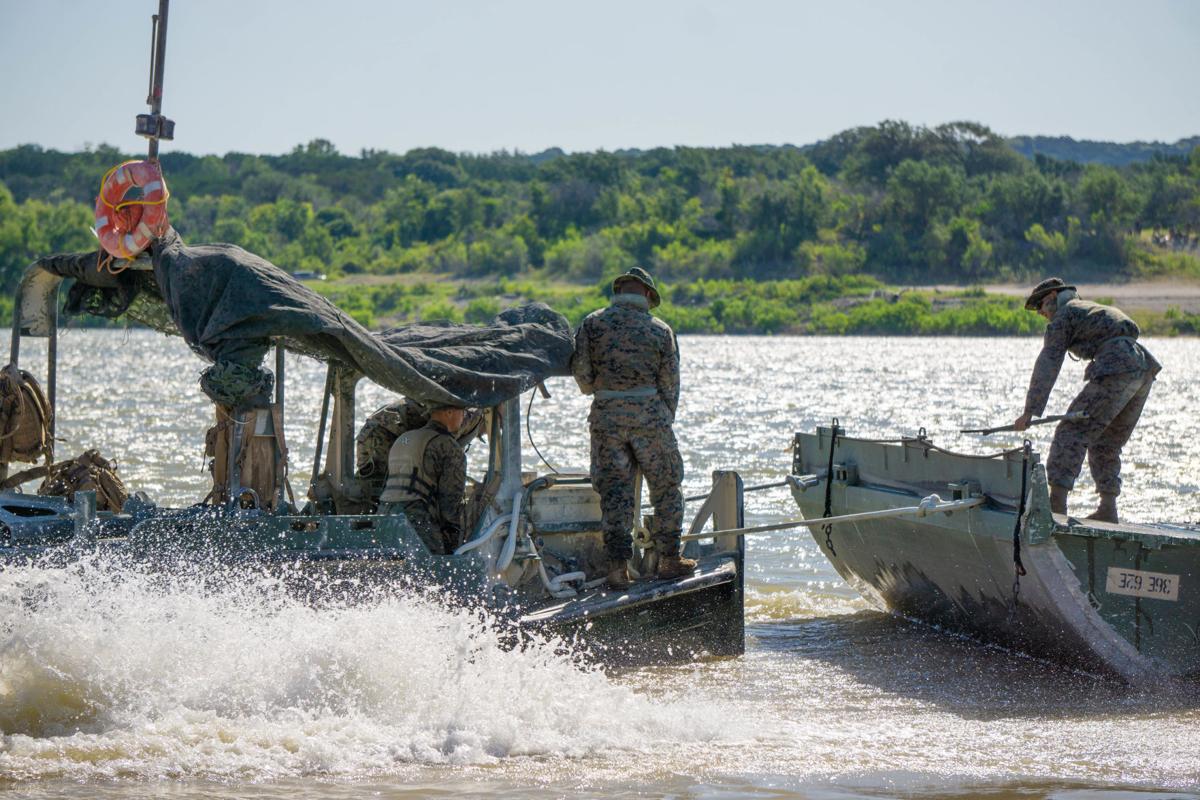 Marines work to build a temporary bridge during a Tuesday exercise at Belton Lake.

A bridge transport gets ready of offload a bay during a Tuesday exercise at Belton Lake.

Marines work to build a temporary bridge during a Tuesday exercise at Belton Lake.

FORT HOOD — Local soldiers and a Marine Reserve unit from Portland, Oregon, conducted a weeklong river assault training exercise that culminated with a combined bridge building exercise on Tuesday across a portion of Belton Lake.

The goal of the training, named “Exercise Hood Strike,” is to utilize systems and procedures to bypass obstacles within an area of operations allowing both soldiers and Marines freedom to maneuver as well as being able to rapidly deploy forces expeditiously in response to any contingency, officials said.

The exercise utilized several types of systems and operations ranging from Chinook helicopters, bridge erection boats and bridge transport vehicles. The completed combined bridge took approximately six hours and traversed a gap of more than 450 meters using a technique where each end was built independently and was swung around to meet in the middle.

But this achievement did more than just bridge a span of water, it also signifies a newfound relationship built on respect and appreciation for both soldiers and Marines, officials said.

“Seeing all of these capabilities with multiple bays, multiple boats, and multiple trucks available has been a blessing to us since we generally don’t get to work in such numbers. So this is a great opportunity for my Marines to get actual experience on a larger sized mission,” said Marine Staff Sgt. Terrence Carrothers from Bridge Company Alpha, 6th Engineer Support Battalion. “This has been a pretty good experience to share knowledge and at the same time understand different methods of getting the same mission accomplished.”