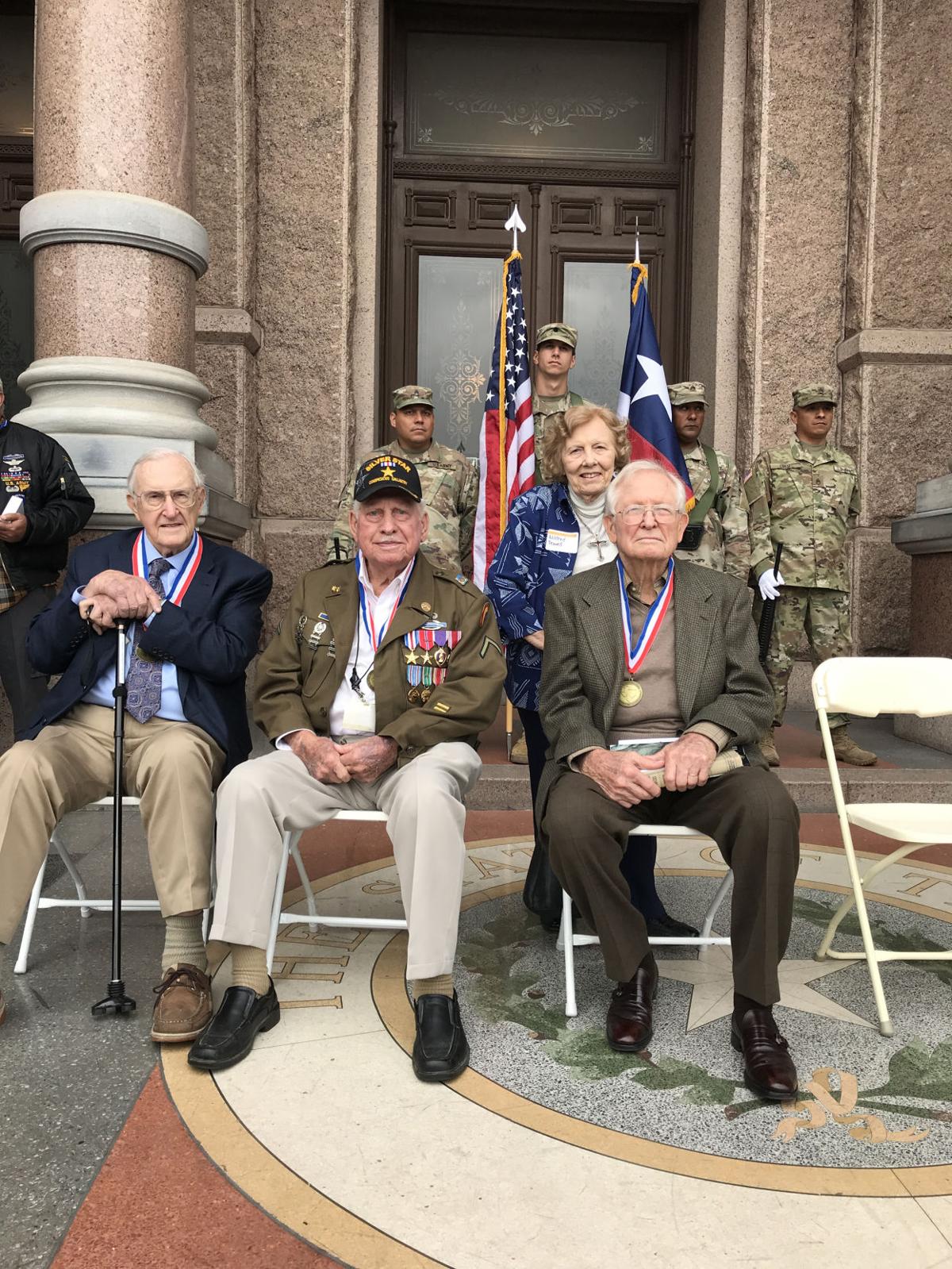 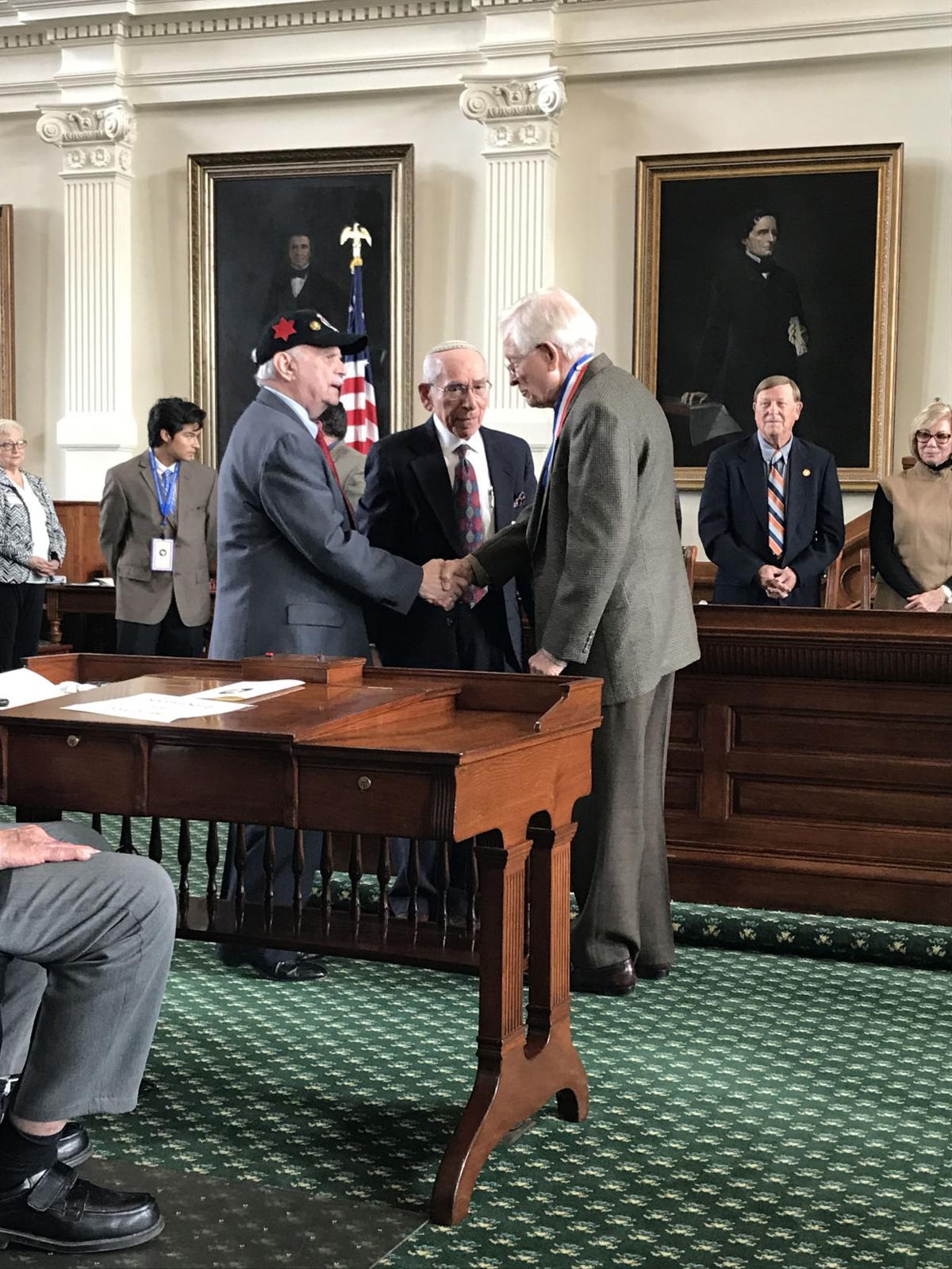 Gerald Powell receives a medal from a Holocaust survivor to commemorate his participation in liberating Nazi concentration camps during World War II.

Gerald Powell receives a medal from a Holocaust survivor to commemorate his participation in liberating Nazi concentration camps during World War II.

AUSTIN — Six Texas veterans began this Veterans Day weekend with a ceremony Thursday afternoon at the Texas State Capitol to honor their part in liberating Nazi concentration camps at the end of World War II.

The Texas Holocaust and Genocide Commission hosted the medal ceremony in the Senate Chamber for the final living veterans of the 335 Texans identified as witnesses to the horrific scenes inside Nazi concentration, slave labor, death and prisoner-of-war camps.

Eleven survivors of those camps were on hand to present the medals to each of the men. Family members of some dead Texas liberators also received medals on their loved one’s behalf.

It’s been documented that Texans participated in liberating 44 of the 72 camps found at the end of the war.

“Many of these veterans documented the consequences of the Holocaust,” said Peter Berkowitz, commissioner and former chairman of the commission. “Their lives were forever changed by the scenes of inhumanity.”

As the veterans took turns receiving their medals, an excerpt of their oral history was read aloud. Birney “Chick” Havey was struck by the long-endured starvation imposed on the prisoners.

Aside from honoring these veterans, the event introduced the commission’s Texas Liberator Project, which brings their experiences to life to educate a new generation of Texans.

The project collected oral histories from as many of these veterans as possible, and compiled their eyewitness accounts into an educational website and book.

Florence Shapiro, a former state senator from the Dallas area, said in her remarks that the project aims to ensure resources are available to Texas students and educators to teach this history with firsthand accounts of the atrocities of war. The ceremony was personal for Shapiro, as someone who lost family members to the Holocaust.