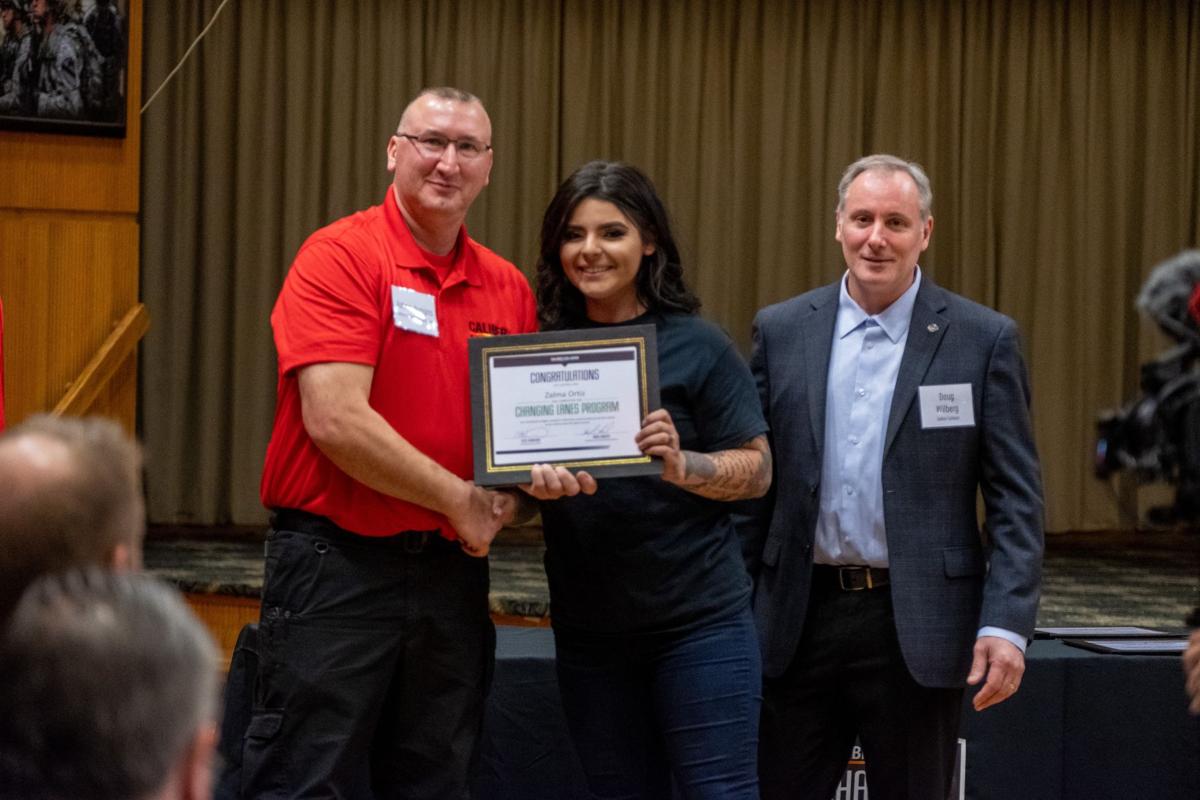 Zalma Ortiz was one of 15 service members to graduate the 18 week Changing Lanes program on Fort Hood on Friday, Jan. 24, 2020. 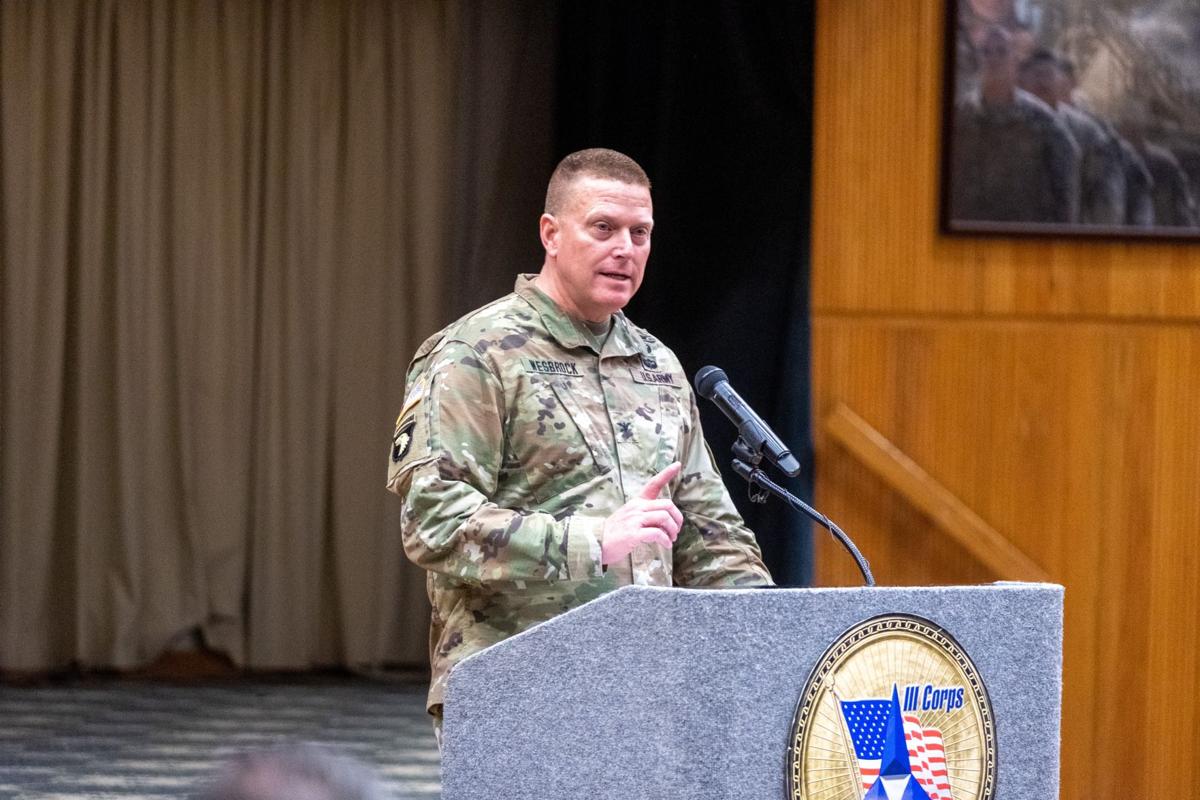 Col. Jason Wesbrok, Fort Hood Garrison commander, talks about one of the Changing Lanes first graduates on Fort Hood and the inspiration of the program on Friday, Jan. 24, 2020.

Zalma Ortiz was one of 15 service members to graduate the 18 week Changing Lanes program on Fort Hood on Friday, Jan. 24, 2020.

Col. Jason Wesbrok, Fort Hood Garrison commander, talks about one of the Changing Lanes first graduates on Fort Hood and the inspiration of the program on Friday, Jan. 24, 2020.

FORT HOOD — Fifteen students, mostly soldiers transitioning out of the Army, graduated from Caliber Collision’s Changing Lanes course on Friday during a ceremony at the Phantom Warrior Center.

The students were part of the 21st class, or cohort, to graduate from the 18-week program since the first class began in April 2017, said Col. Jason Wesbrock, Fort Hood garrison commander.

“I’m proud to be associated with (Caliber Collision) as the garrison commander. They’ve put nearly 205 soldiers through this program to help them transition from a military life to civilian life,” Wesbrock said. “It is a great program that is giving our soldiers, as they transition, jobs they can move into and be productive members of our society. To our graduates, congratulations.”

Changing Lanes is a part of the Army Career Skills Program, which prepares soldiers for civilian employment upon completion of their military service, according to army.mil. The program offers the opportunity to participate in first-class apprenticeships, on-the-job training, job shadowing, internships and employment skills training.

“These are the people we want working for us, so it was a quick and simple decision for us to go down to Fort Bragg and start a relationship,” said Wilberg. “The core values they instill in soldiers — these are the type of people we bring into our organization today, because they bring those core values with them.”

The course is free to transitioning soldiers, according to a Caliber Collision fact sheet. After successfully completing the program, participants receive certifications, a toolbox containing $12,000 worth of tools and a job at a Caliber Collision in a geographic region of their choice.

Graduates of Cohort 21 were: