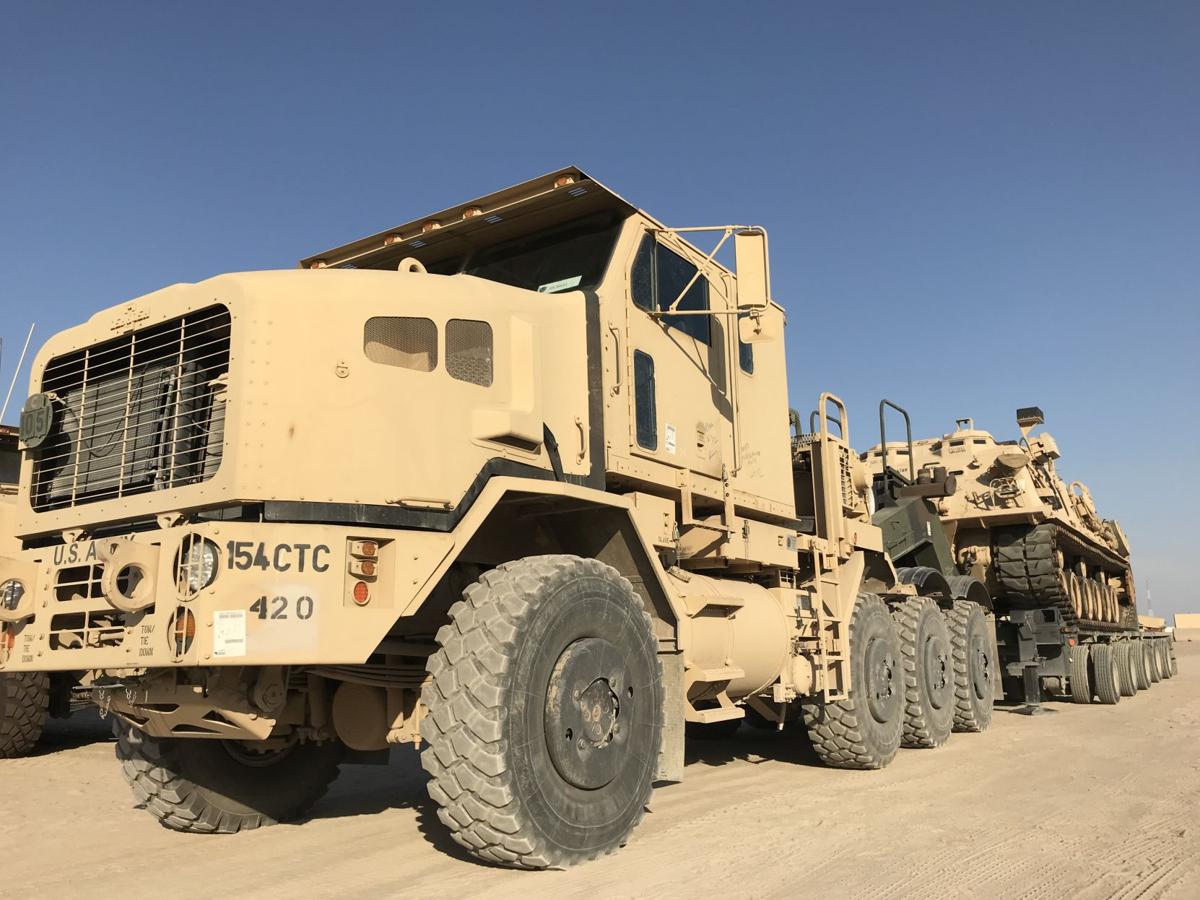 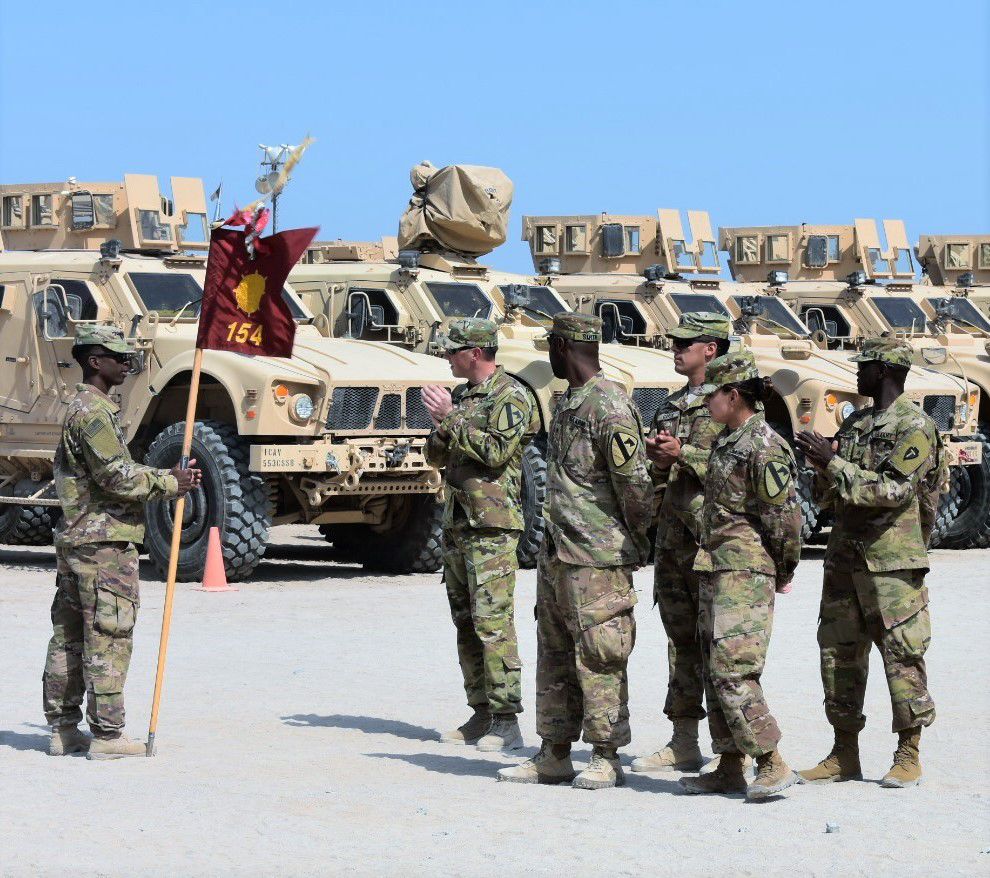 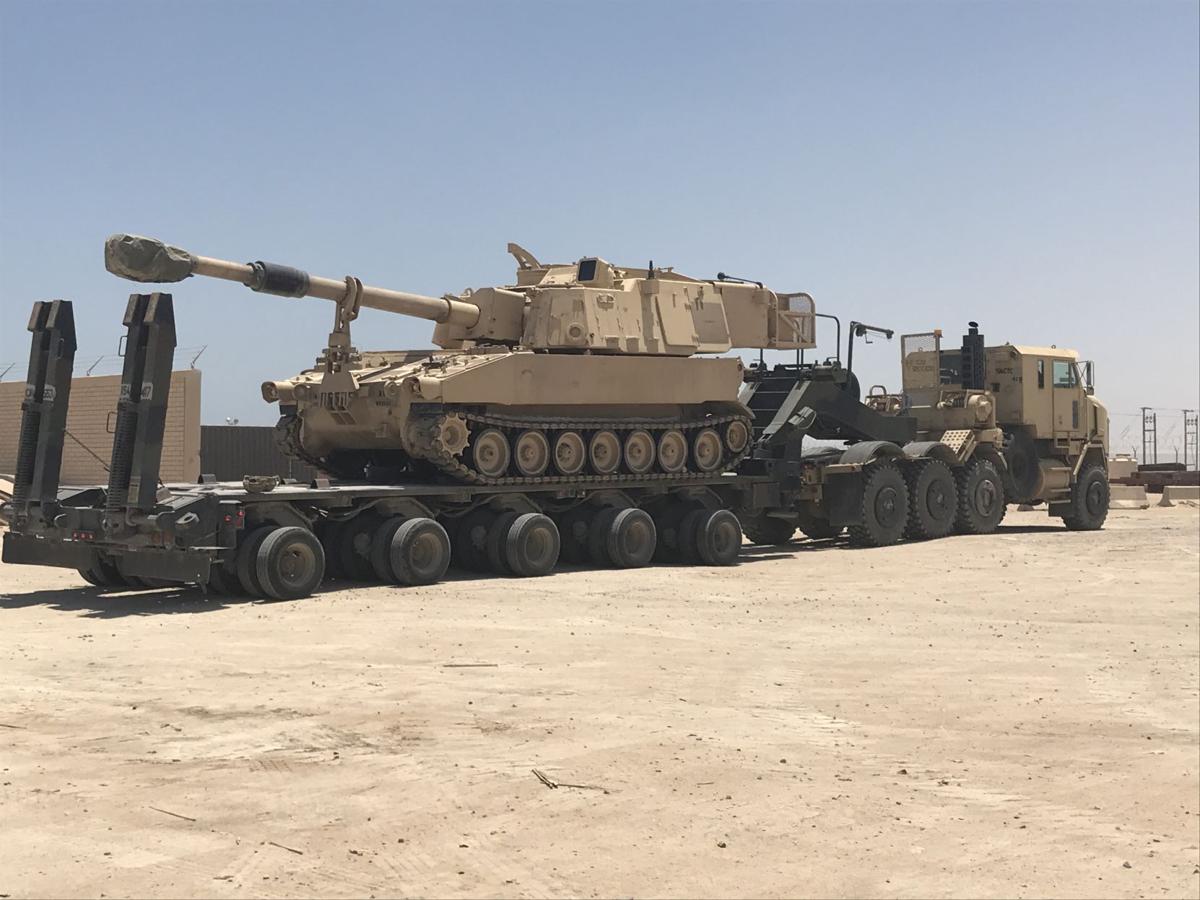 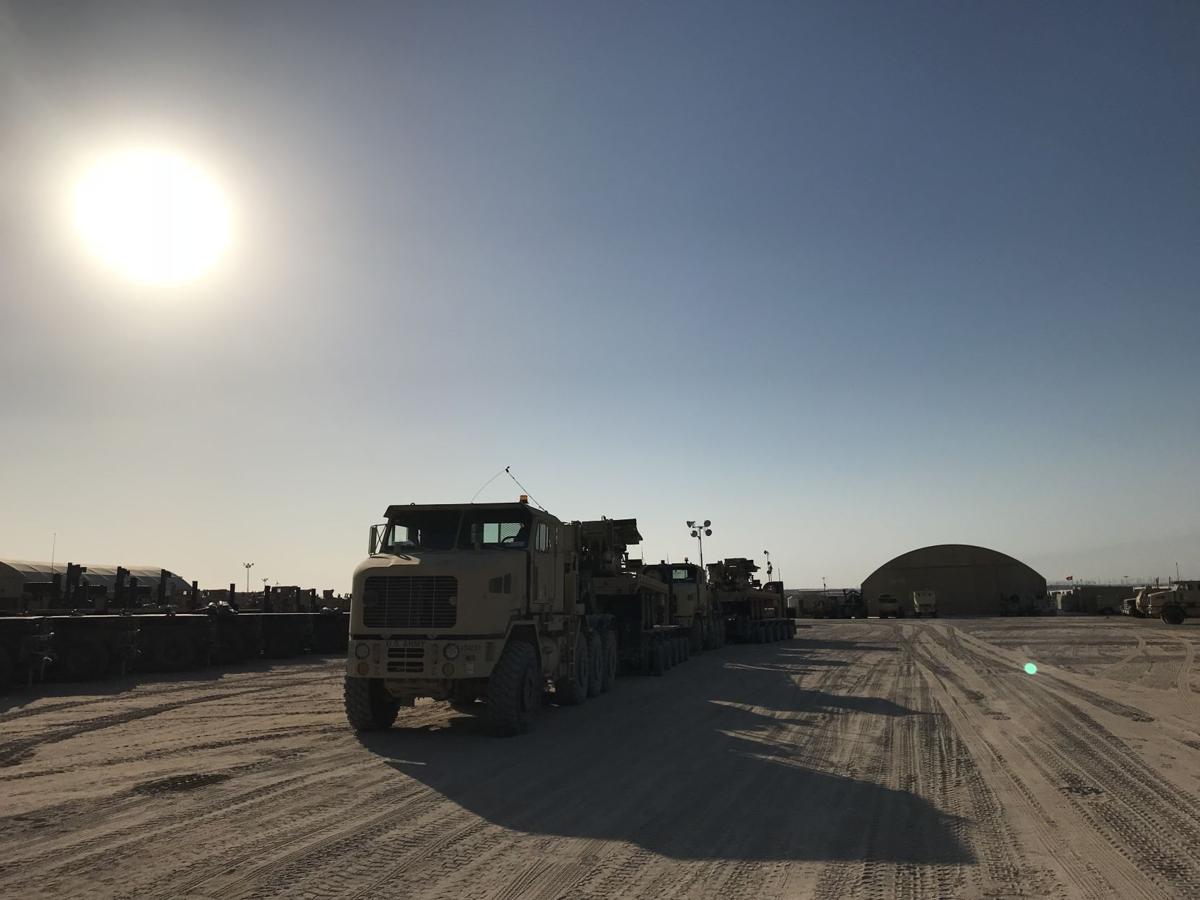 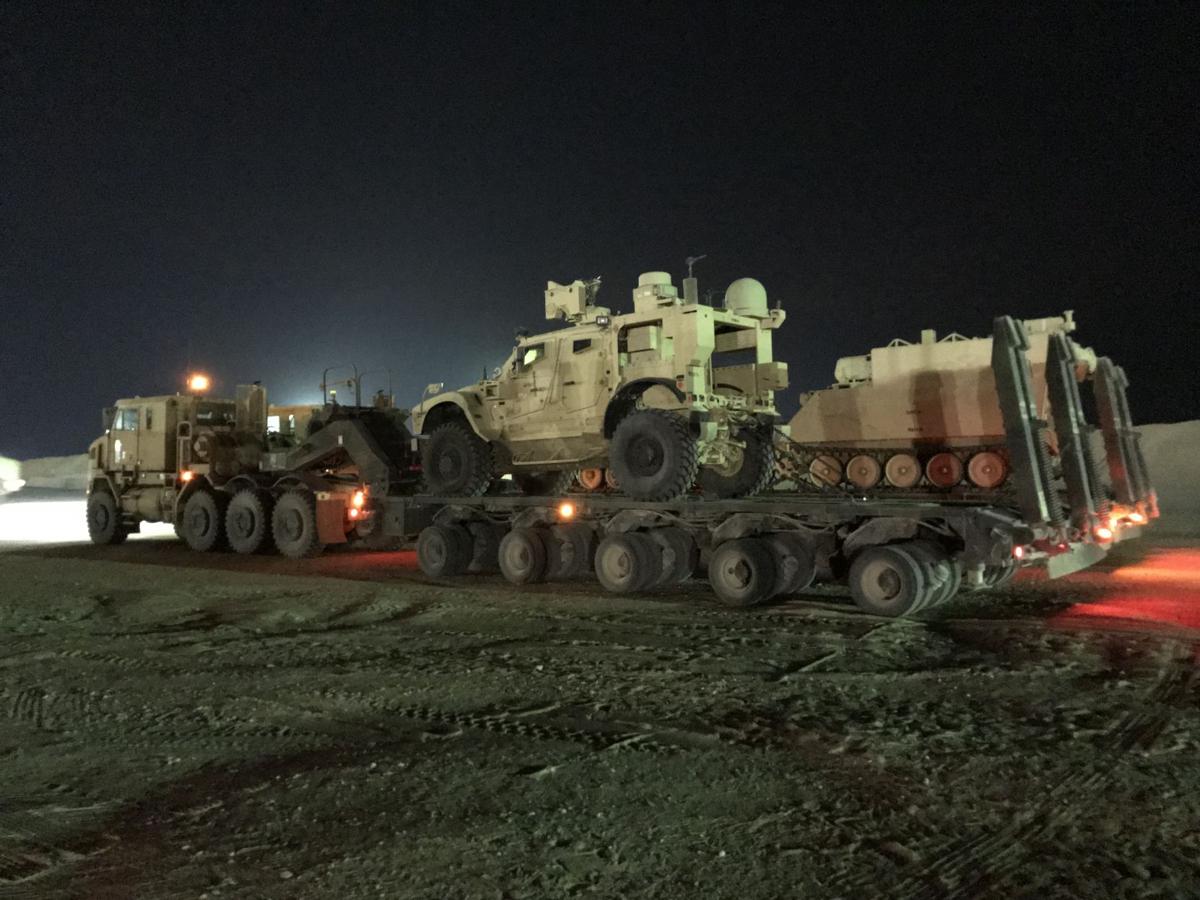 Despite temperatures averaging around 120 degrees fahrenheit, soldiers of the 154th Composite Trucking Company, 1st Cavalry Division Sustainment Brigade, are burning up the roads of Kuwait to ensure all U.S. military units heading to areas within Southwest Asia get their equipment to where it needs to go.

Utilizing Palletized Load System and Heavy Equipment Transport System vehicles, the approximately 200 soldiers arrived in Kuwait in mid-March and have already conducted between 400 and 500 convoys, with an expectation of conducting well over 1,000 convoys by the time their nine-month rotation is completed, said the company’s commander, Capt. Nathaniel A. McDermott.

“We are primarily responsible for receiving unts as they deploy into theater,” McDermott said. “We pull almost 100 percent of the equipment that comes into the port here in Kuwait. We basically pick that stuff up at the port, we move it forward and take it to the aerial ports here to get on C-17’s and C-130’s to go Syria, Iraq, Afghanistan or some other areas in (Central Command’s area of operations).”

Other than transporting incoming equipment, the unit is also responsible for multi-class distribution as well, he said.

“That’s basically distributing supplies throughout Kuwait,” McDermott said. “If it can be moved, we move it — a lot of ammunition, equipment, basic supplies, life support, medical supplies — everything. We are the company for ground movement in Kuwait.”

The company deployed under orders to support Combined Joint Task Force-Operation Inherent Resolve, which is currently commanded by III Corps and Fort Hood commander Lt. Gen. Paul Funk II. However, the unit also provides support to any unit coming through Kuwait, regardless of the operation that unit is supporting.

“All theater resupply comes out of Kuwait,” McDermott said. “Technically we’re supporting Inherent Resolve, but in reality we have our fingers into everything.”

The company not only has the mission to move all supplies through Kuwait, they also provide security for buses carrying incoming troops from local airports to any of the eight U.S. military installations in the small, Middle Eastern nation.

“I tell (my troops) as often as I can that I am proud of them,” McDermott said. “It’s a huge mission, and I don’t think they will fully understand the impact of what they’re doing until maybe they’re a little more senior down the road.