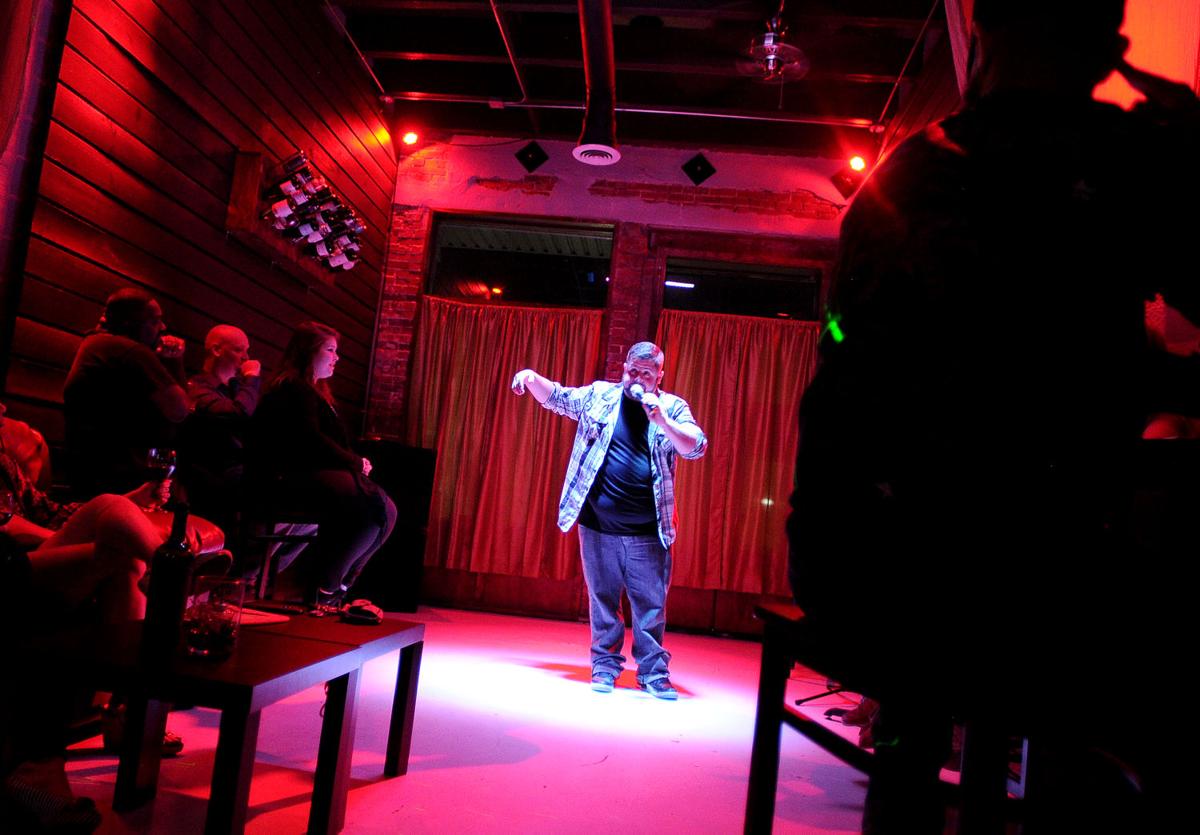 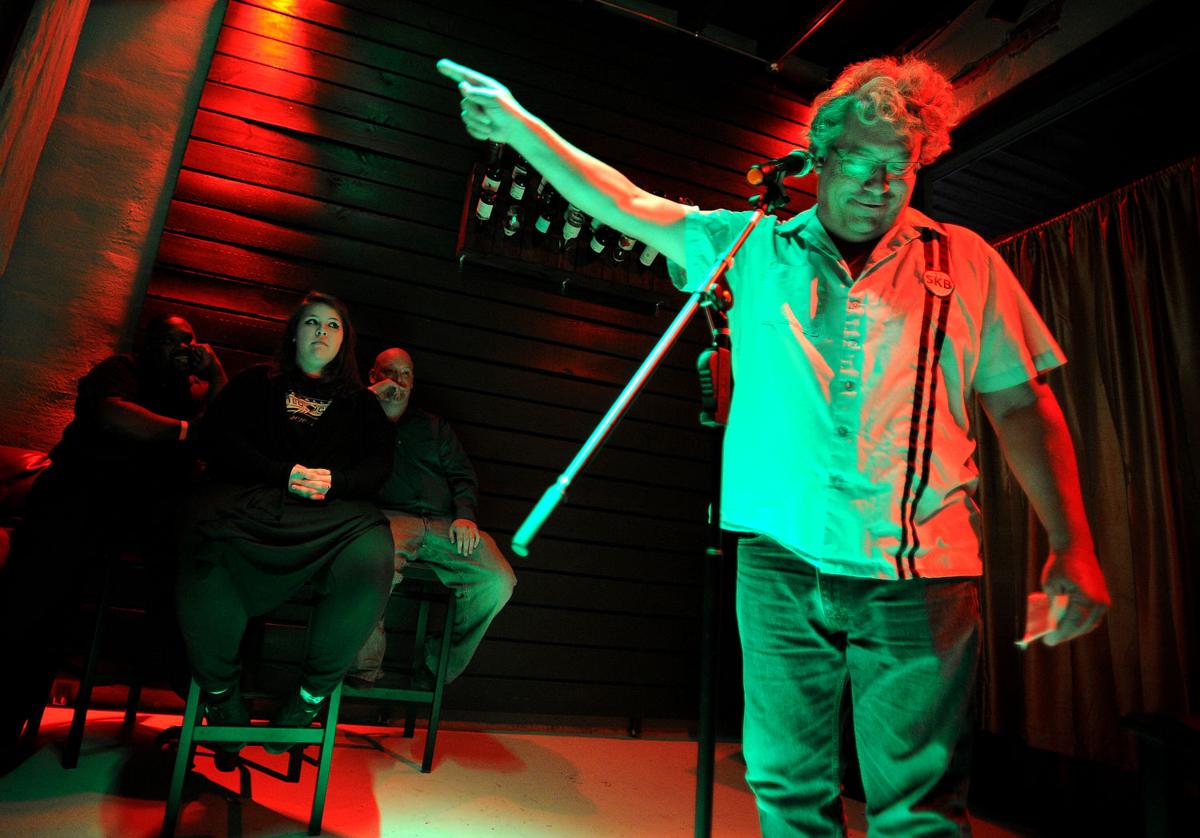 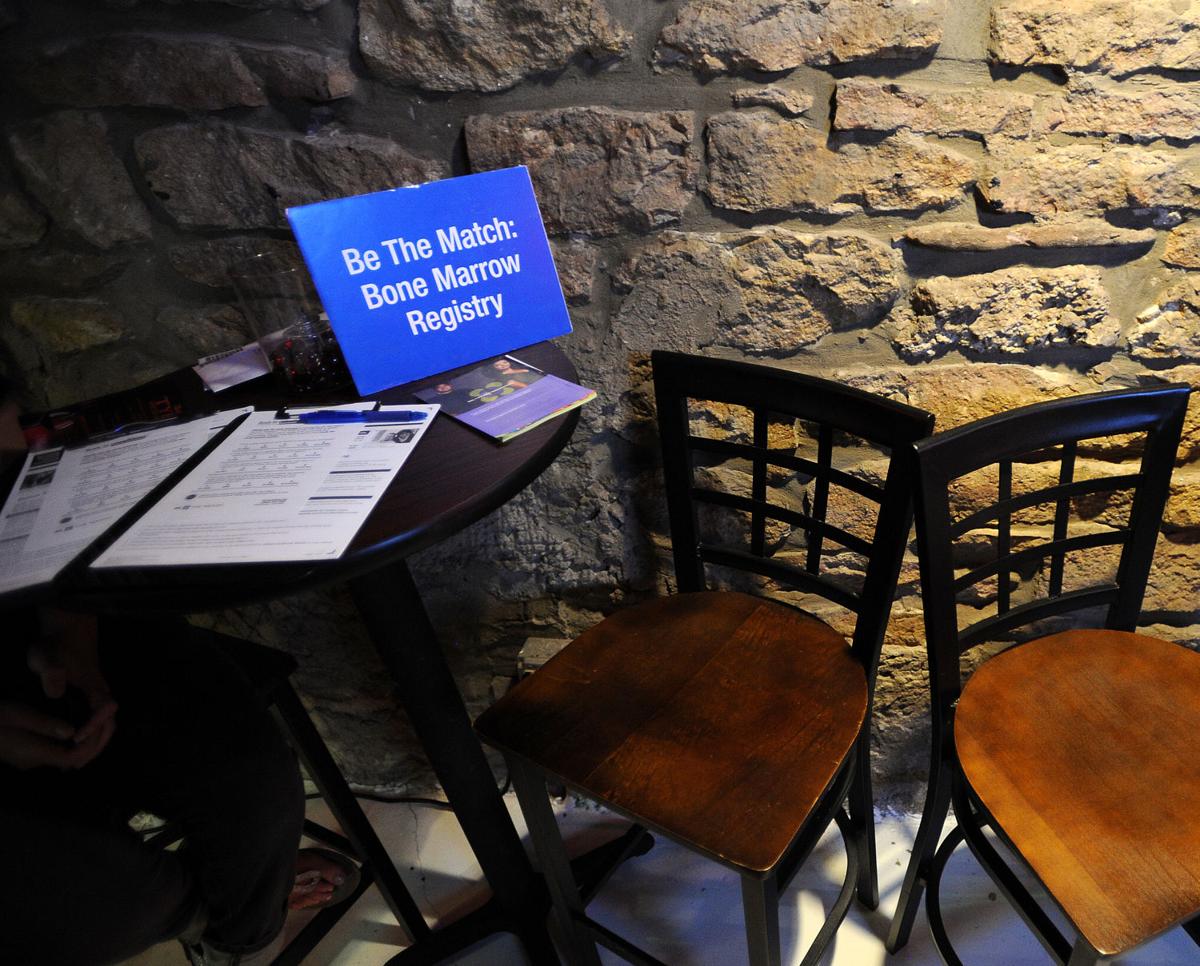 Be The Match was on hand to encourage people attending the comedy show Wednesday night to sign the bone marrow registry.

Be The Match was on hand to encourage people attending the comedy show Wednesday night to sign the bone marrow registry.

Two stand-up comedians who performed Wednesday night at the Tyku Wine Bar and Lounge in Killeen were trying to do more than just make the audience laugh — they also were promoting cancer awareness.

Comedian Patrick Sirois, a Copperas Cove native, and Lane Krarup, from Wisconsin, teamed with Be The Match, a national nonprofit organization, to encourage audience members to join the registry for bone marrow transplants.

“We both love doing stand-up and comedy rap. If we can do something that we love and also raise money for a good cause, it’s like it’s twice as fun,” Krarup said.

Sirois said he has performed shows for Be The Match before and enjoys helping the organization promote finding bone marrow donors.

He dedicated his performance Wednesday night to a patient named Jacob, whom he met during a show in 2012.

“We hung out all night and had a blast. Tragically, six months later, he succumbed to the leukemia,” Sirois said. “When you see the face of what’s actually going on, and you hear that there is a way you can help, you definitely want to do all you can to help out.

“Charity benefits are common in comedy, but this is the only one I’ve ever had a personal investment in. It’s cool and it gets people to come out.”

Stephanie Jardot, a recruiter for Be The Match, set up a table in the lounge where people could sign up to join the registry.

Jardot said bone marrow transplants are a possible cure for people diagnosed with life-threatening blood cancers such as leukemia and lymphoma. “It’s almost too simple to join the registry. We wanted committed donors and we want people to say yes whenever they get the phone call saying they are the match of a patient.”

However, she said people should only sign up if they will commit to donating if the organization calls them to let the individual know they found a match.

“We want you to be positive and be absolutely sure that you will go on to donate,” Jardot said. “You could be that person’s only match, and it is very difficult to find matches.”

Individuals interested in registering or learning more should go to bethematch.org.