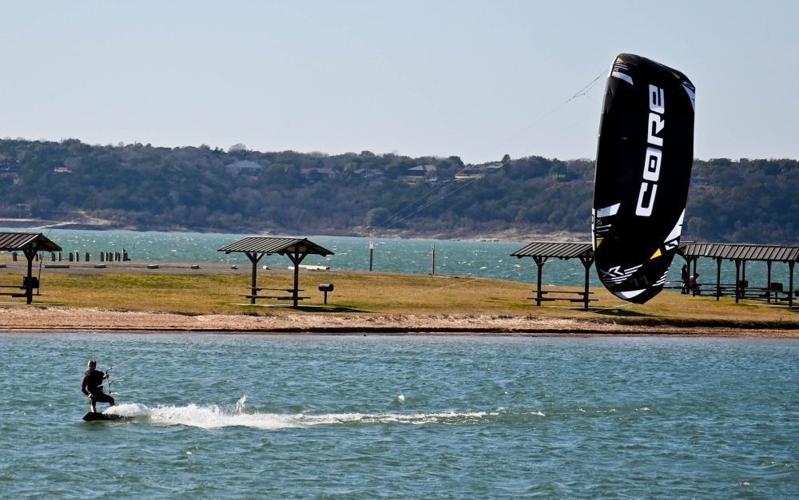 A kite surfer takes advantage of a steady breeze and warm temperatures on Feb. 3, 2021, to spend some time being pulled across the water by a power kite at Temple Lake Park on Lake Belton. 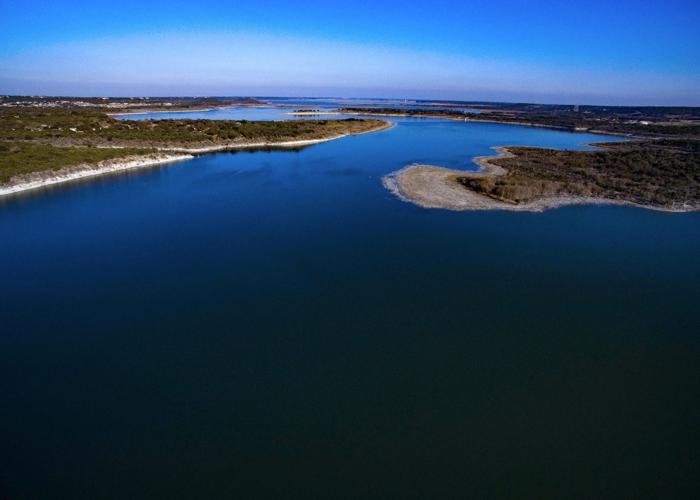 As spring comes to a close, the Brazos River Authority is warning residents to be mindful of what may lurk in unseasonably warm waters this summer.

Higher temperatures means a higher risk for a deadly water amoeba, according to a news release Thursday from the Brazos River Authority.

“It’s that time of year when a deadly, but uncommon, water amoeba thrives, which means it’s time to take extra precautions over the summer while enjoying our Texas waterways,” the release stated.

The river authority, which oversees a 42,000-square-mile territory stretching from the Texas-New Mexico border to the Gulf of Mexico, is raising awareness about a deadly amoeba that flourishes in warm waters.

“Commonly referred to as the “brain-eating amoeba,” Naegleria fowleri is an amoeba that thrives in freshwater warmer than 80 degrees; a cruel combination for those of us who also enjoy going for a swim when the temperature gets high,” the release said.

In September 2019, a 10-year-old died after contracting the amoeba swimming in the Brazos River and Lake Whitney. In 2018, a New Jersey man died after coming in contact with the amoeba during a trip to a Waco surf park.

The entity encourages residents to be extra mindful when jumping into warm waters.

“The only way to completely prevent contracting PAM is not participating in water-related activities, such as swimming in a lake, river, or stream,” the release said. “However, if you do decide to participate, use nose clips, or hold your nose shut while jumping into the water. With the amoeba also often found in soil, it is best to avoid stirring up underwater sediment.”

“As the disease develops, symptoms can advance to loss of balance, stiff neck, seizures, and hallucinations,” the release states. “The disease progresses quickly and usually causes death within two weeks of the initial infection. It is essential to know the risks as symptoms can often be mistaken for the flu or bacterial meningitis.”

The fatality rate for the brain infection is more than 97%, according to the Texas Department of State Health Services. Only four people out of 143 known infected individuals from 1962 to 2016 in the United States have survived, according to the state health services.

Recreational water users should assume that Naegleria fowleri is present in warm freshwater across the United States, according to the state health services.

“That includes the Brazos River and water supply reservoirs we love,” the release said. “Texans should seek immediate medical care whenever they develop a sudden onset of fever, headache, stiff neck, and vomiting, particularly if they have been in warm freshwater recently, according to the Centers for Disease Control and Prevention. You must inform your health care provider of the exposure to surface water in this manner. Specific testing is required to quickly identify the PAM virus, and prompt treatment can save lives. By being aware and educating others, we can all stay safe this summer in the Brazos River basin.”

Summer officially starts Tuesday, but after a string of 100-degree days and almost a 10-month drought, most Central Texans would say it feels …

Love that you are sharing this