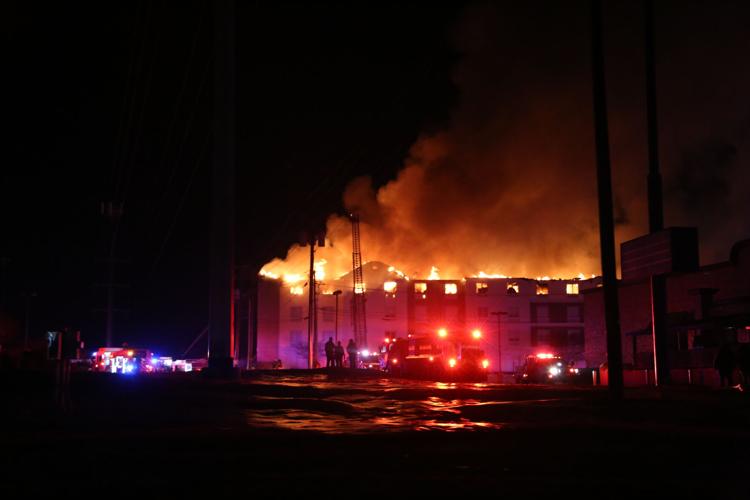 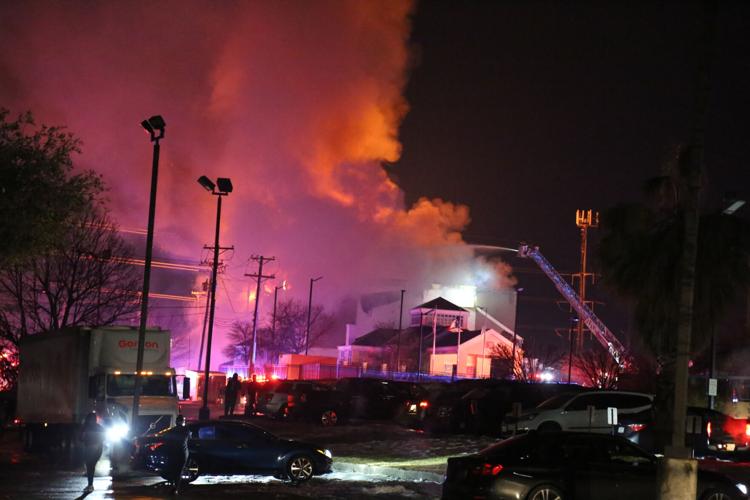 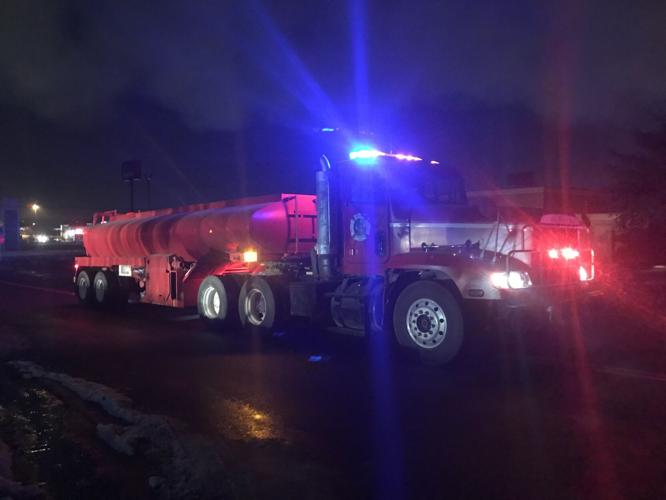 A Killeen Fire Department water tank truck was seen at the scene of the Hilton Garden Inn, located at 2704 O. W. Curry Drive in Killeen, which was fully engulfed in flames Friday evening. 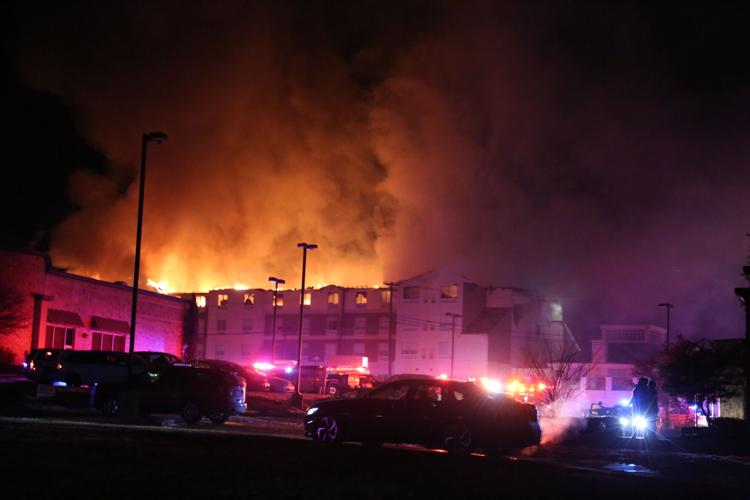 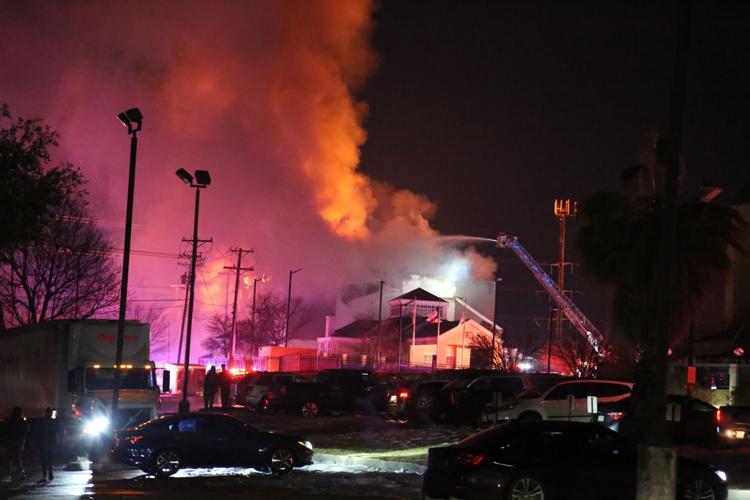 Some injuries were reported but there were no fatalities after a fully occupied Killeen hotel erupted in flames Friday night.

The Hilton Garden Inn, 2704 O. W. Curry Drive in Killeen, was seen fully engulfed in flames Friday night as dozens of onlookers watched from the nearby Academy Sports and Outdoors parking lot.

One person was treated for minor injuries at the scene and released and two residents checked themselves into the hospital to be checked for smoke inhalation, officials said.

The Killeen Fire Department was sent to the hotel around 8:27 p.m. Friday and upon arrival they saw fire coming from the roof of the fourth floor of the building, according to a news release from the fire department.

The hotel's 102 rooms were all occupied at the time of the fire.

The fire suppression efforts were assisted by a total of seven agencies and 17 pieces of apparatus. The fire was under control at 12:07 a.m. Saturday, according to the release.

Terry Miller, of Killeen, was staying at the hotel Friday evening with his family after they evacuated their home in the aftermath of Winter Storm Uri.

"We got a knock on the door, an alarm went off, and they told us 'Get out, fire...'" Miller said. "I just grabbed a couple of items, I left the rest of the stuff, I grabbed my wife and told my kids and we ran out of there. We helped an old lady get down the stairs."

Miller said he is forever grateful to the firefighters who arrived to assist Friday.

"We just got in (to the hotel) on Thursday because we were without lights and water since Sunday," he said as he choked back tears. "We get in here and now this happens. It just breaks my heart but I’m glad they got everybody out of there."

Miller said he was happy to be returning to his Killeen home with his family Friday.

The Killeen Police Department issued a statement Friday on Facebook about the blaze.

Lifelong Killeen resident Adam Galanffy, who was watching from the Academy parking lot, said he was sad to see the hotel in flames.

"It’s beyond belief," Galanffy said. "I’ve even stayed at that hotel before. One of my Lift passengers was an employee there."

Killeen councilwoman Melissa Brown was at the scene offering hotel evacuees rides to a city warming shelter Friday evening. Brown said the situation was made worse by the stage 5 water restrictions Killeen is experiencing.

The traffic light at Lowes Boulevard and W.S. Young was not operating as of 9 p.m. Friday. Traffic on the side road of I-14 was down to one lane as Killeen police worked to keep onlookers safely away from the smokey scene.

The Emergency Management Office of the Killeen Fire Department transported a number of the displaced occupants to the Skyline Baptist Church to provide relief from the elements Friday evening, officials said.

"The American Red Cross has been contacted to assist the displaced occupants," officials said. "If you were a displaced occupant of the hotel, please contact (254) 501-8864 and leave your name, room number, number of occupants, and a good phone number or email."

Heroes of the Storm: Killeen firefighters rely on family while enduring long hours, many calls

The City of Killeen’s firefighters have been fighting on two fronts lately: they’ve powered through long hours and extinguished several signif…

Do you think the Killeen Independent School District should change to single-member districts for board representation?