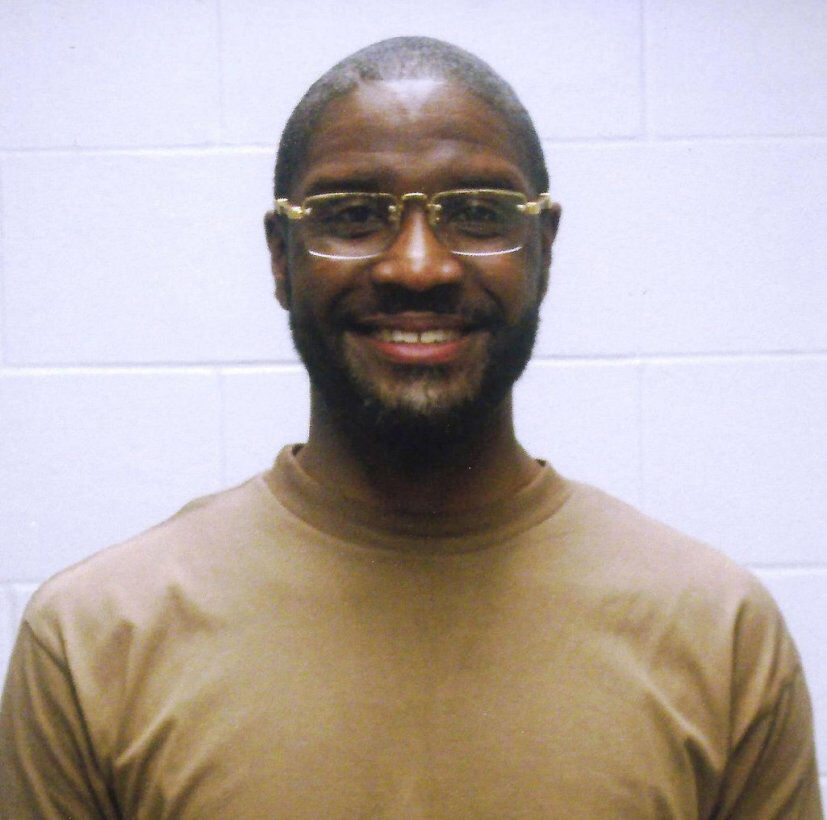 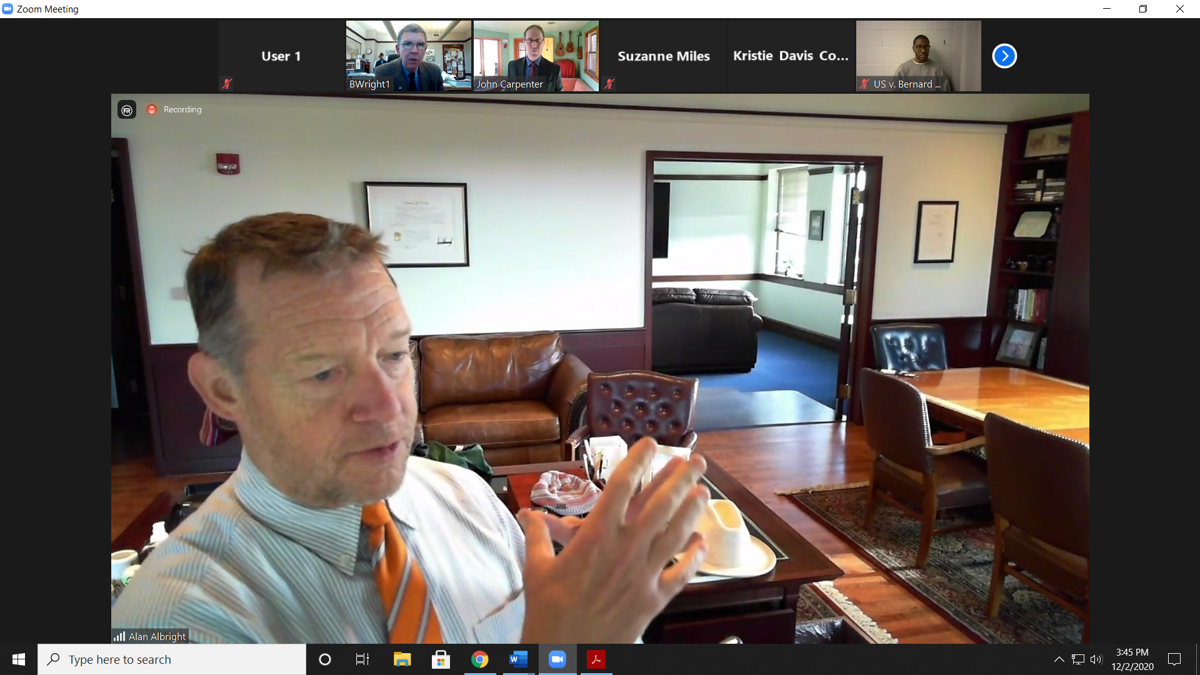 U.S. District Judge Alan Albright asks one of the attorneys a question during a remote hearing on a Killeen death penalty case on Wednesday.

A federal judge on Wednesday denied a request to stop the execution of a Killeen man who is set to be executed next week for his role in the murder of two youth pastors more than 21 years ago on Fort Hood property.

During the hourlong remote hearing, one of the attorneys for Brandon Bernard, set to be executed on Dec. 10, argued for the judge to rule to halt the execution until new evidence could be presented and reviewed.

After listening to arguments by attorneys, U.S. District Judge Alan Albright denied the defense team’s request because he said he did not have the jurisdiction.

“My role is to call balls and strikes and it gives me no joy to make this ruling,” Albright said. “I feel the appropriate place to take up the issue is the Texas Supreme Court.”

Now 40 years old, Bernard is accused of participating in the murders of youth pastors Todd and Stacie Bagley on June 21, 1999.

Clad in a grey sweatshirt and with the plain cinderblock walls of the federal prison as a backdrop, Bernard appeared via video but only the attorneys and the judge spoke during the hearing.

“Mr. Bernard has not exhausted all his appeals,” said John Carpenter, an assistant federal public defender based out of Tacoma, Washington. Bernard also is being represented by Robert Owen, a Chicago attorney. “His Brady claim is pending and it’s still ongoing. It’s as simple as that. He can’t be executed.”

Assistant U.S. Attorney Mark Frazier did not address the new evidence discussed by the defense attorney during the hearing.

He argued that Bernard’s case has not met the legal standards for a stay of execution.

“He has no pending appeals. None,” he said. “It’s already been upheld on multiple reviews. There’s nothing left that would prohibit the setting of an execution date.”

Frazier said that delaying Bernard’s execution further injures the victims of the crime.

After the hearing, Owen released a statement saying that the legal team will continue their legal battle.

“Brandon Bernard has been seeking relief since we discovered in 2018 that the trial prosecutors (in 2000) withheld critical evidence, yet procedural barriers have prevented him from obtaining a hearing on the merits of his claim,” Owen said in his Dec. 2 statement. “We will continue to make our case in court that this hidden evidence would have changed the outcome of Brandon’s sentencing.

“Given that five jurors no longer stand by their death verdict, Brandon must not be executed until the courts have fully addressed the constitutionality of his sentence, and we will continue to vigorously pursue that vitally important goal.”

The Bagleys were killed in the summer of 1999 after being carjacked by Bernard, Christopher Vialva and three other teens.

Police said at the time that the Bagleys were youth pastors visiting Killeen for a church revival at a Killeen church.

After carjacking the Bagleys, Christopher Vialva, Bernard and three teenagers put the couple in the trunk of the car and drove for several hours, withdrawing money from ATMs and attempting to pawn Stacie Bagley’s wedding band.

Bernard set the car on fire, the U.S. Department of Justice said.

Todd Bagley died instantly, and Stacie Bagley died of smoke inhalation after the vehicle was set ablaze, police said at the time.

Vialva was executed Sept. 24 for his role in the crime.

Carpenter said during the hearing that the new evidence was only uncovered by scouring testimony in a co-defendant’s case. He said that during the trial in 2000, prosecutors withheld evidence that Bernard was at the bottom rung of the youth gang that committed the crime.

“Contrary to misleading evidence the government presented to the jury, Mr. Bernard was a low-level follower in that group (and he) had no history of violence,” Owen told the Herald in an email this week. “He was not part of the carjacking and was not the shooter. But at trial, Dr. Richard Coons, a now-discredited government ‘expert,’ assured jurors that a person like Mr. Bernard, if sentenced to life imprisonment, was certain to join a prison gang and commit violent assaults against guards or other inmates.”

Owen told the Herald that Bernard has “an exemplary prison record.”

“He is profoundly remorseful and has spent his time in prison helping at-risk youth,” Owen said.

Bernard’s attorney said that a former prison warden and a host of jurors have spoken out in support of clemency for Bernard.

Bernard’s attorneys also have asserted that his role in the murder was similar to the roles of others who got lesser sentences and that Stacie Bagley effectively was deceased when Bernard set the car ablaze.

“…From the moment Vialva shot Mrs. Bagley in the head at close range until her death a very short time later, she was unconscious and ... unable to feel pain,” Owen said. ‘We can be medically certain that she — fortunately — did not suffer in the fire. This is a point which Mr. Bernard’s attorneys failed to make clear to the jurors.”

Wow! History is made!

A federal judge rendered a decision based on the Rule of Law rather than the ruse of racism.

Most murderers eventually find Jesus once they get to prison. It's not the duty of the courts to decide they're worthiness to God. Only to arrange the meeting.

Who spoke up for the victims? Gang members need to understand that if they participate in an action of any sort that results in the death of someone, especially a totally innocent person, that they are as guilty of murder, as the person that pulled the trigger. All 5 of them should have received the death penalty.