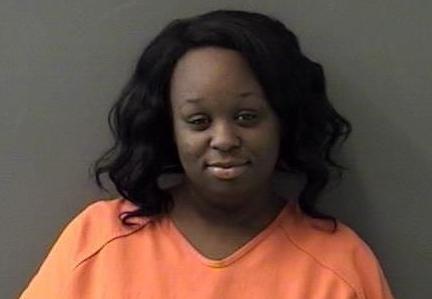 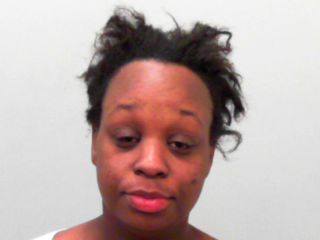 A 29-year-old woman has been arrested and charged with injury to a child with serious bodily injury following the death of 2-month-old Quan Kendrick Devin Scott, the Killeen Police Department said Thursday.

Shanique Shaniel-Shavon Parker was listed in the Bell County Jail Thursday and has a bond set at $1 million. Police said Parker was babysitting the boy when the injury occurred.

“She confessed that she had thrown the baby into the carseat causing the injury because she was frustrated that the children’s mother had not come to pick up the kids,” according to an arrest affidavit for Parker. An autopsy showed a skull fracture was located on the infant, and the manner of death was homicide.

Officers went to the 3600 block of Littleleaf Drive at 11:58 a.m. on Jan. 14 in response to a baby that was unresponsive and not breathing, KPD said in a news release Thursday. Medics arrived and began administering CPR on the infant, the affidavit said.

The baby was taken to AdventHealth in Killeen where he was later pronounced dead at 1 p.m. by Justice of the Peace Cliff Coleman, according to the release. Prior to transportation to the hospital, the baby did not show signs of life, according to the affidavit.

Cooke ordered an autopsy to be performed at the Southwestern Institute of Forensic Sciences in Dallas.

The investigation with the Criminal Investigation Division and the Special Victims Unit showed that “a caretaker intentionally caused injuries to the infant”, according to the release. KPD said Parker was the caretaker that caused the injuries.

Bell County District Attorney Henry Garza answered questions about the charge filed versus the homicide ruling in the autopsy report.

“Our office reviewed the evidence presented in that case and filed the appropriate charge at this time. The investigation is still ongoing and our office will assess any new evidence resulting from that continuing investigation,” Garza said Thursday.

“The Killeen Police Department presents facts and evidence when presenting a case to the Bell County District Attorney’s Office and collectively, after collaboration, the District Attorney’s Office filed a case they could prove, at the time,” KPD spokeswoman Ofelia Miramontez said. “The investigation is continuing and we are awaiting a final determination of forensic testing in this matter.”

Deborah McKean with FME News Service contributed to this report.

The 29-year-old woman accused in a recent child death case was arrested once before in Bell County. Shanique Shaniel-Shavon Parker was listed …