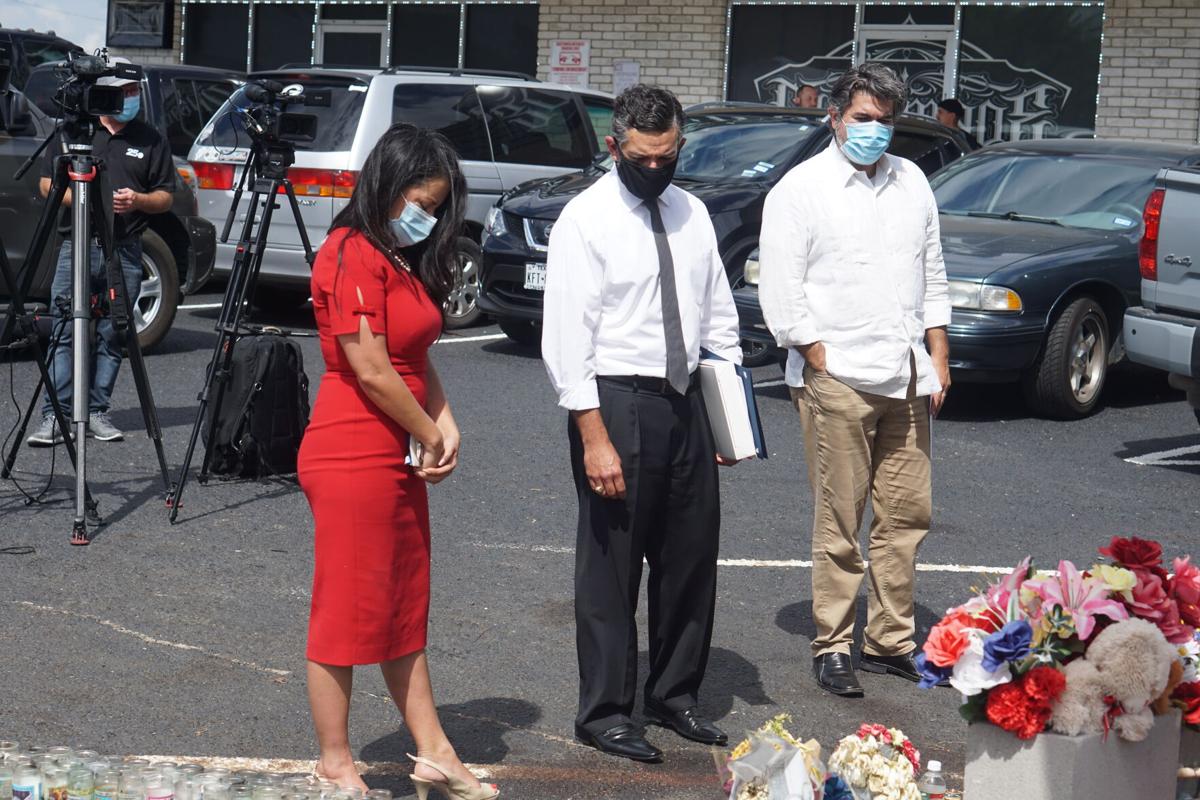 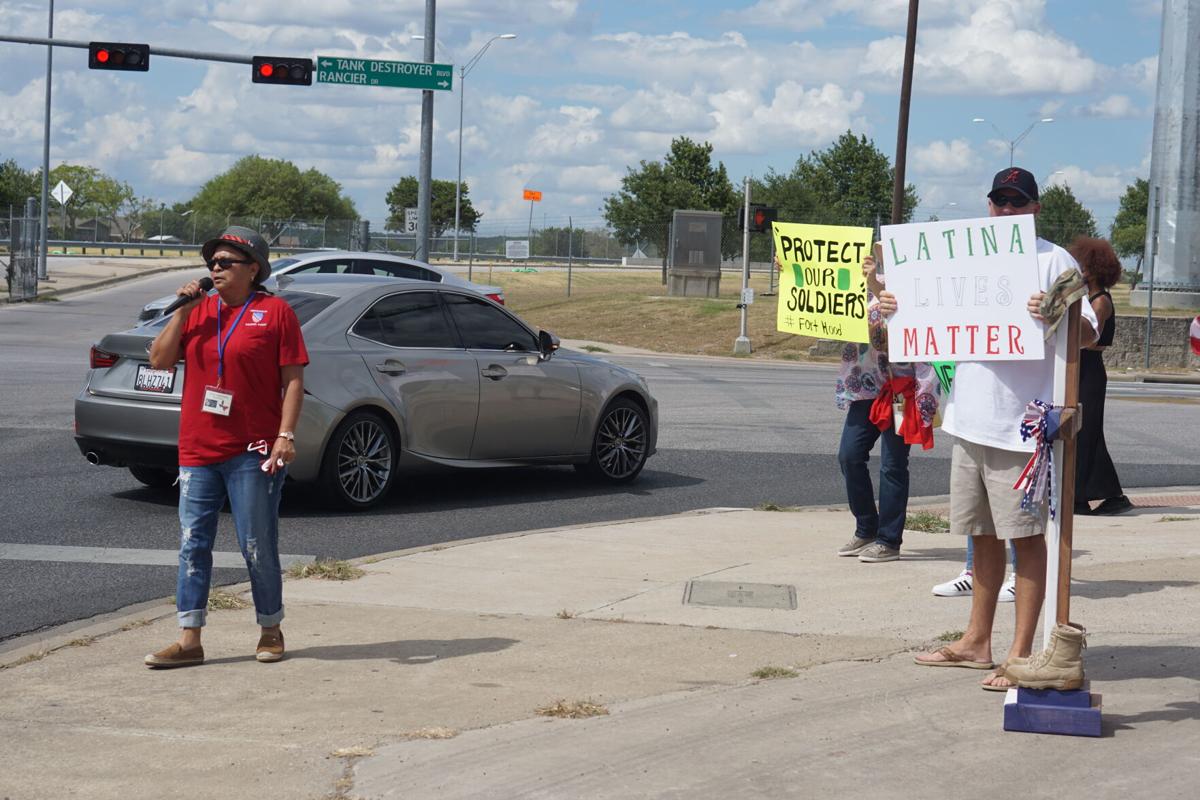 Protesters gather to protest justice for the late Spc. Vanessa Guillen, on the  intersection of Rancier and Fort Hood Street, Friday. 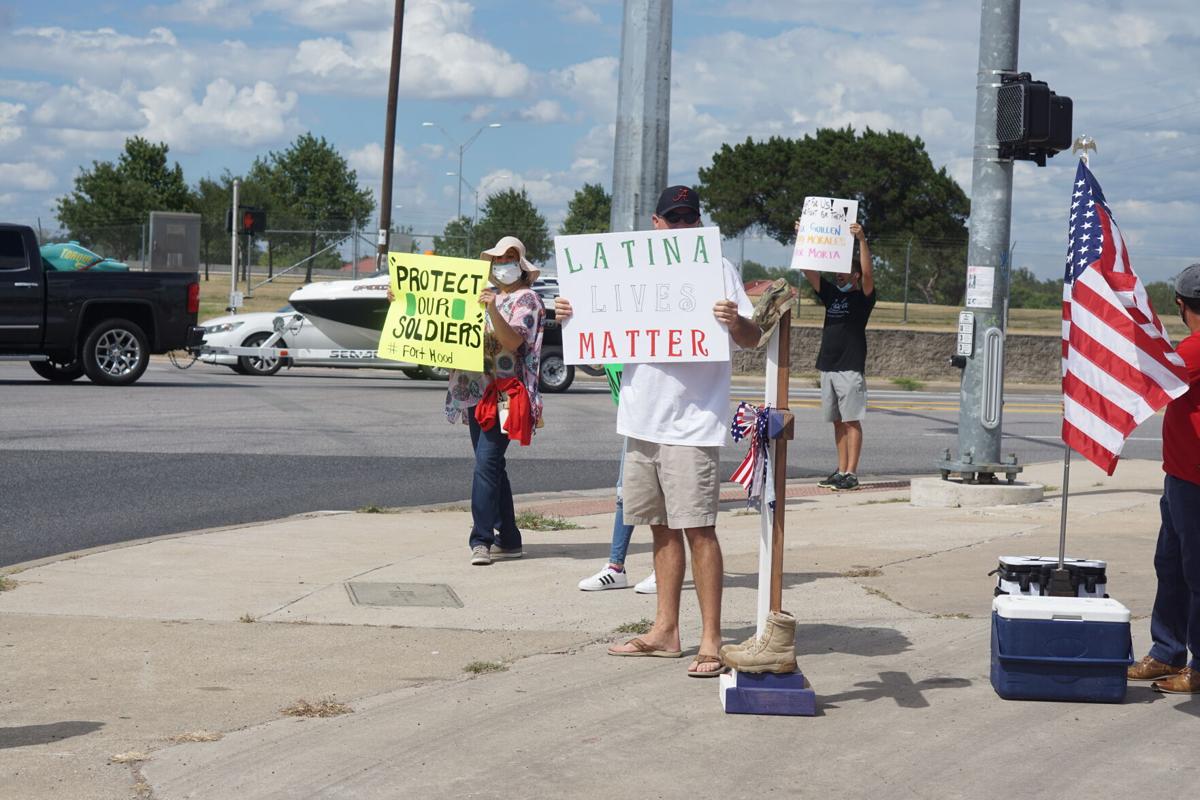 Protesters gather to protest justice for the late Spc. Vanessa Guillen, on the intersection of Rancier and Fort Hood Street, Friday. 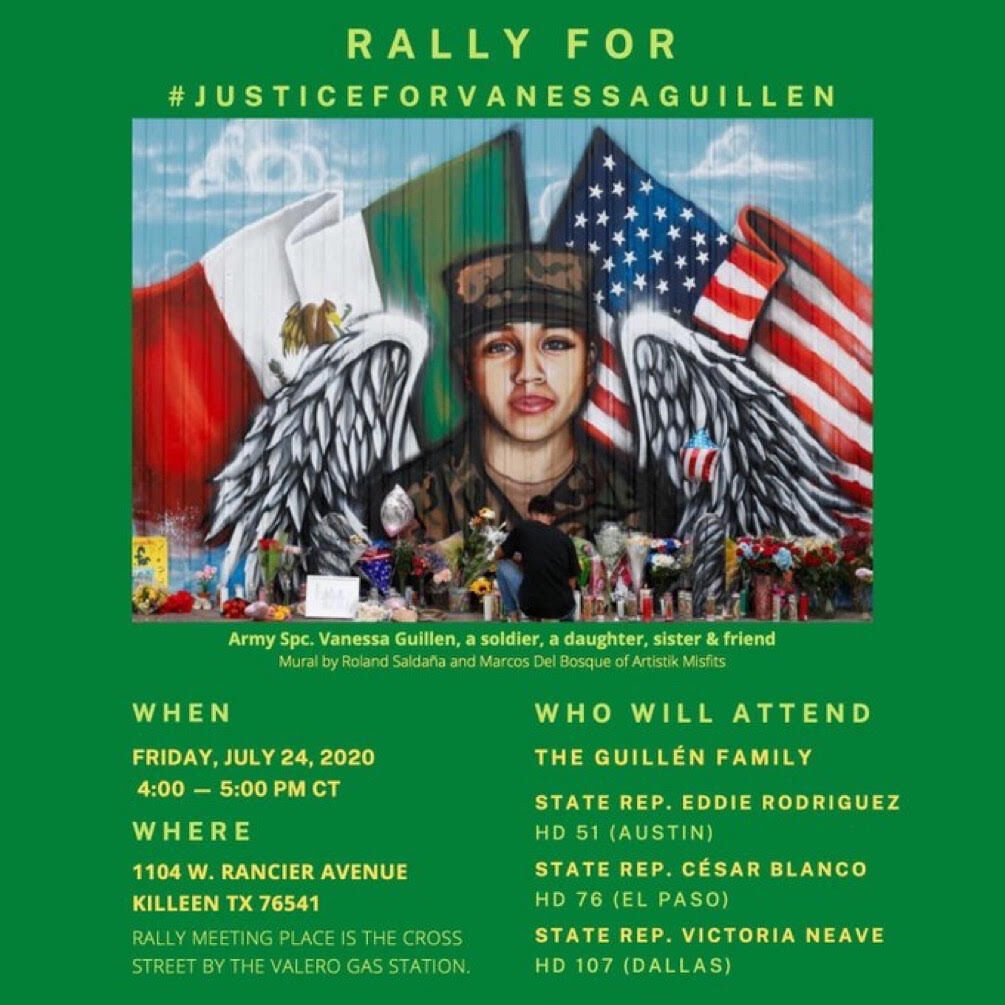 A rally in support of Spc. Vanessa Guillen and her family will be held today.

Protesters gather to protest justice for the late Spc. Vanessa Guillen, on the  intersection of Rancier and Fort Hood Street, Friday.

Protesters gather to protest justice for the late Spc. Vanessa Guillen, on the intersection of Rancier and Fort Hood Street, Friday.

A rally in support of Spc. Vanessa Guillen and her family will be held today.

Three state representatives came to Killeen on Friday to show their support for Spc. Vanessa Guillen and her family during the weekly rally near the intersection of West Rancier Avenue and North Fort Hood Street, near Fort Hood’s east gate.

“Number one, we’re here to stand in solidarity with the family of Vanessa Guillen,” Blanco said. “What occurred here on this post is horrible.”

Blanco said he will be refiling bills he has authored to protect victims and witnesses of military sexual assault in the Texas military.

“We need change,” Blanco said. “We need to make sure that the victims of assault and harassment have the ability to report to a third party outside the chain of command, and that third party has teeth to enforce.”

Blanco has previously introduced similar legislation in the 85th Texas Legislative Session, but they did not go through.

The new legislation, which he plans to introduce in January will be named after Guillen, Blanco said.

Rodriguez said the time is right for this legislation.

“There are allegations of sexual assault, and I think we need to see what the military’s processes are and how they handle those kind of situations,” he said. “And I just think it’s time that we just shine a light on this and make sure that something like this doesn’t happen again.”

“A lot of the work that gets done in the legislature is done outside of the legislature; it’s done before session starts,” he said. “So I think now is the right time. There’s a lot of other issues, obviously, the state is facing, but this is an important one.”

Neave said coming to Killeen was about supporting the family.

“We’re here to uplift her story and to make sure that we honor our soldiers who sacrifice for us,” she said.

Neave said that Guillen is relatable to many people.

“We see her as like a sister, a friend,” Neave said. “She could have been any of our family members.”

Guillen went missing on April 22 and her remains were found near the Leon River in late June.

The family of Guillen and its attorney, Natalie Khawam, have been pushing for a congressional investigation into the possible sexual harassment and death of the soldier. They are scheduled to meet with President Donald Trump on Wednesday and host a march on Thursday through Washington, D.C.

I'm truly sorry this young lady was killed. But her family needs to quit listening to this ambulance chasing lawyer and get on with their lives.

Law enforcement identified her killer. They found her remains and the one remaining accomplice is in jail awaiting trial. There's nothing more that can or should be done.

I wouldn't give a hoot in hades for any of these politicians who are lining up to get on the bandwagon for their 15 minutes in the spotlight. Especially those from the state legislature. Nothing they do affects operations on federal installations. It's time they take care of Texas and quit sticking their noses where they don't belong!