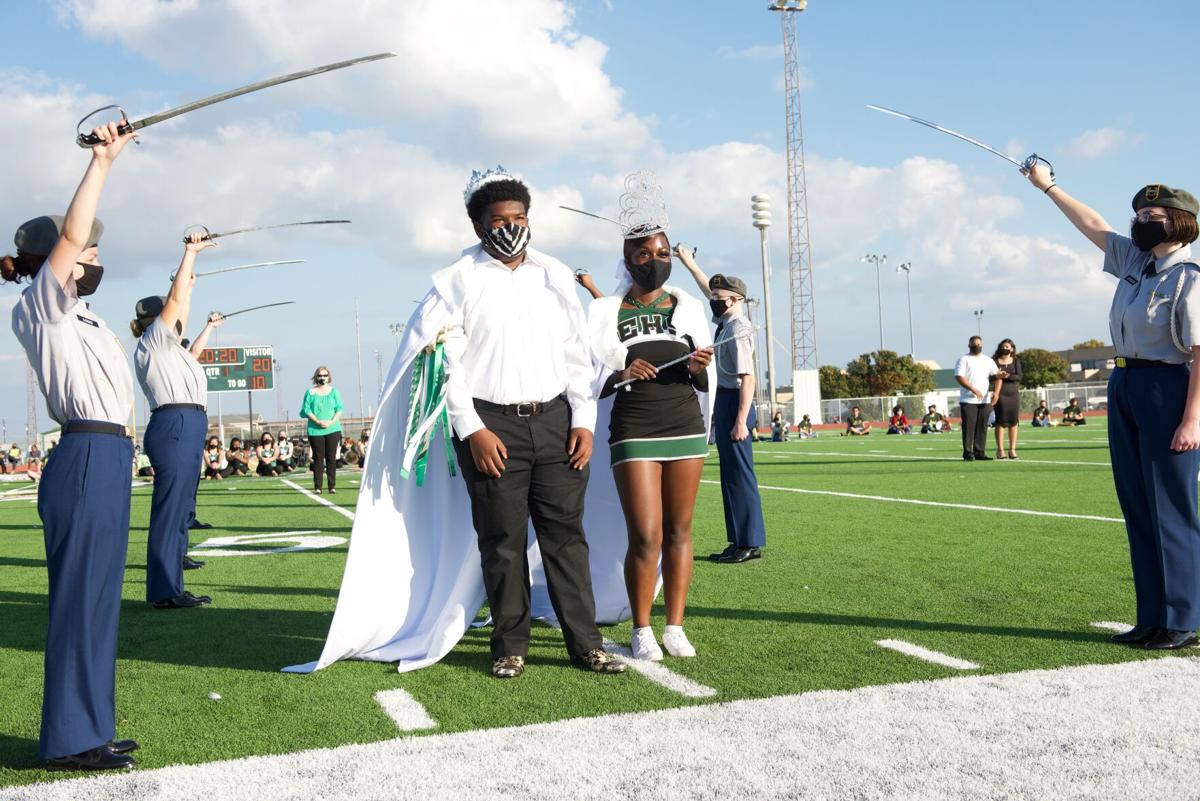 During a seniors-only homecoming pep rally at the school practice field recently, Ellison High School crowned seniors Kaiyah Nobles queen and senior Reginald Porcher king. With the cancellation of the school’s homecoming game, school leaders arranged the ceremony to maintain part of the homecoming tradition for this year’s seniors. 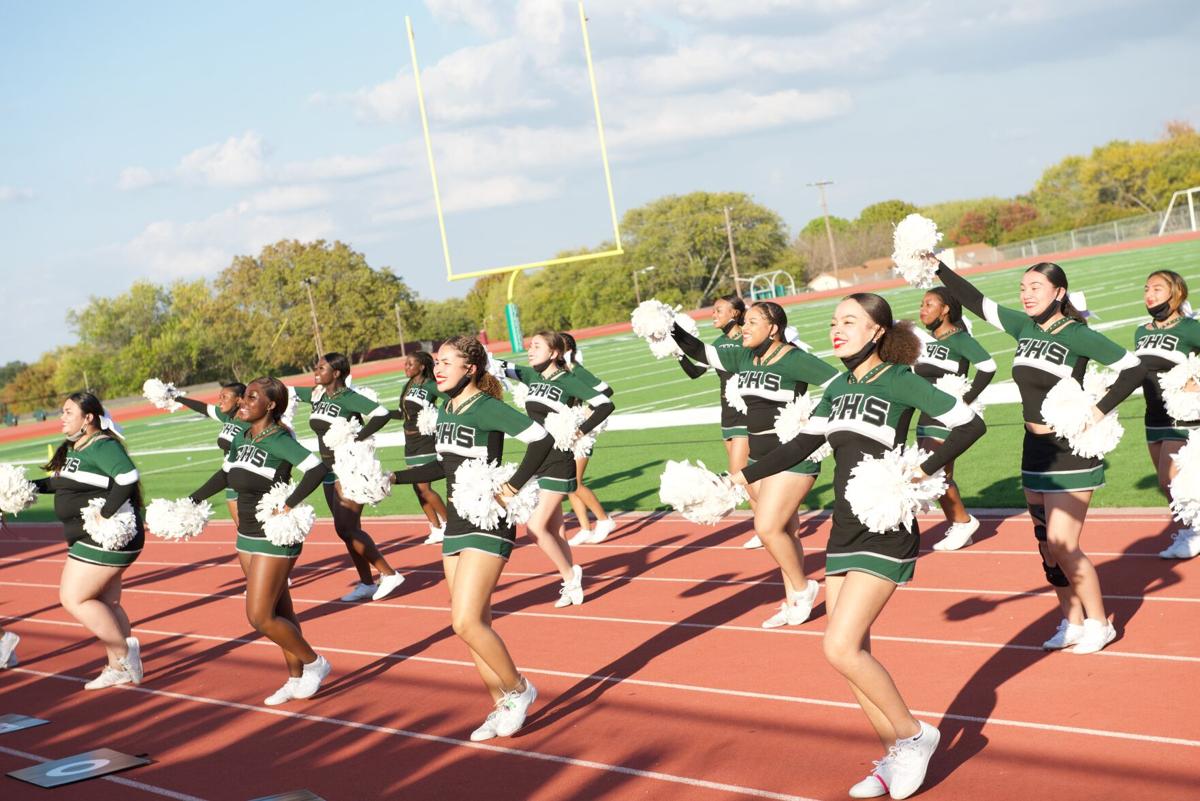 During a seniors-only homecoming pep rally at the school practice field recently, Ellison High School crowned seniors Kaiyah Nobles queen and senior Reginald Porcher king. With the cancellation of the school’s homecoming game, school leaders arranged the ceremony to maintain part of the homecoming tradition for this year’s seniors.

Ellison High School celebrated its homecoming with all the usual pageantry and more — cheerleader, dance team and band performances, Junior ROTC sabre guard and of course, a king and queen.

The tradition featured all the usual festivity except a football game.

During a seniors-only pep rally at the end of the school day Nov 12, the school’s spirit groups recognized fall sports teams, introduced the 2020 homecoming court and crowned a king and queen.

The celebration took place on the school practice field on the high school campus. Only seniors and a small number of family guests sat in the stands to maintain safe capacity limits.

The newly crowned homecoming queen said she wanted to win the honor as an encouragement to her 13-year-old sister.

“I think it teaches something to my younger sister, that it is important to try something new,” she said.

It’s been a challenging year for everyone, including this year’s senior class. “I was sad,” Nobles said. “I was looking forward to the homecoming game. I think it’s good the school planned this. It’s good to have something instead of nothing.”

Earlier this month, when the Killeen High School home game against Copperas Cove was canceled, Ellison Student Activities Coordinator Diana Allred began planning the senior pep rally in case the Eagles homecoming game, scheduled Nov. 12 was cancelled, which it was.

“The seniors have lost so much already,” Allred said. “I wanted them to have the opportunity to have their traditional ceremony.”

Allred praised campus and community supporters for quickly lending a hand to make the homecoming rally reality. “It’s something for them to remember and enjoy about their senior year.”

The Ellison Eagles threatened to mix up the District 12-6A playoff race Friday night. Instead, their season ended with a fourth league loss of…