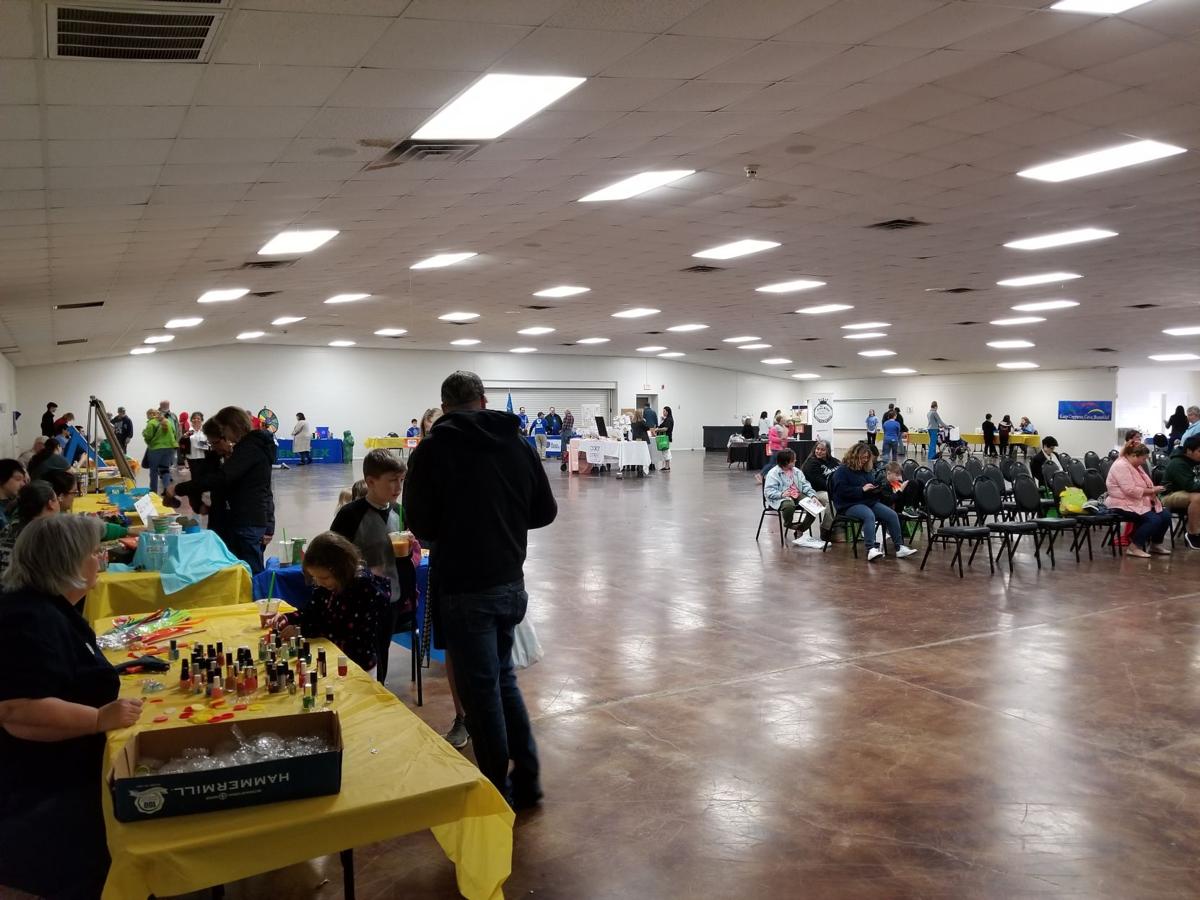 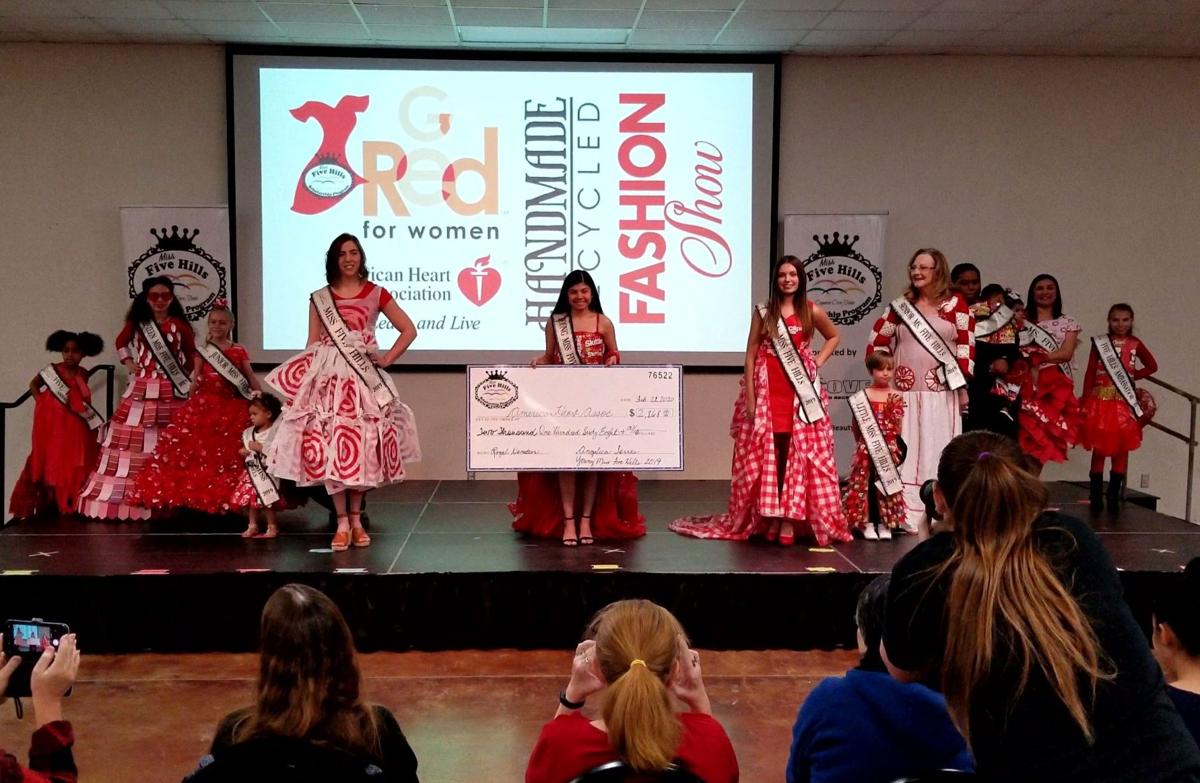 Members of the Five Hills royalty show off their recycled outfits during the Go Red for Women Fashion Show at the Copperas Cove Civic Center on Saturday, Feb. 22, 2020. The fashion show was held as part of the KCCB Spring Eco Fling. 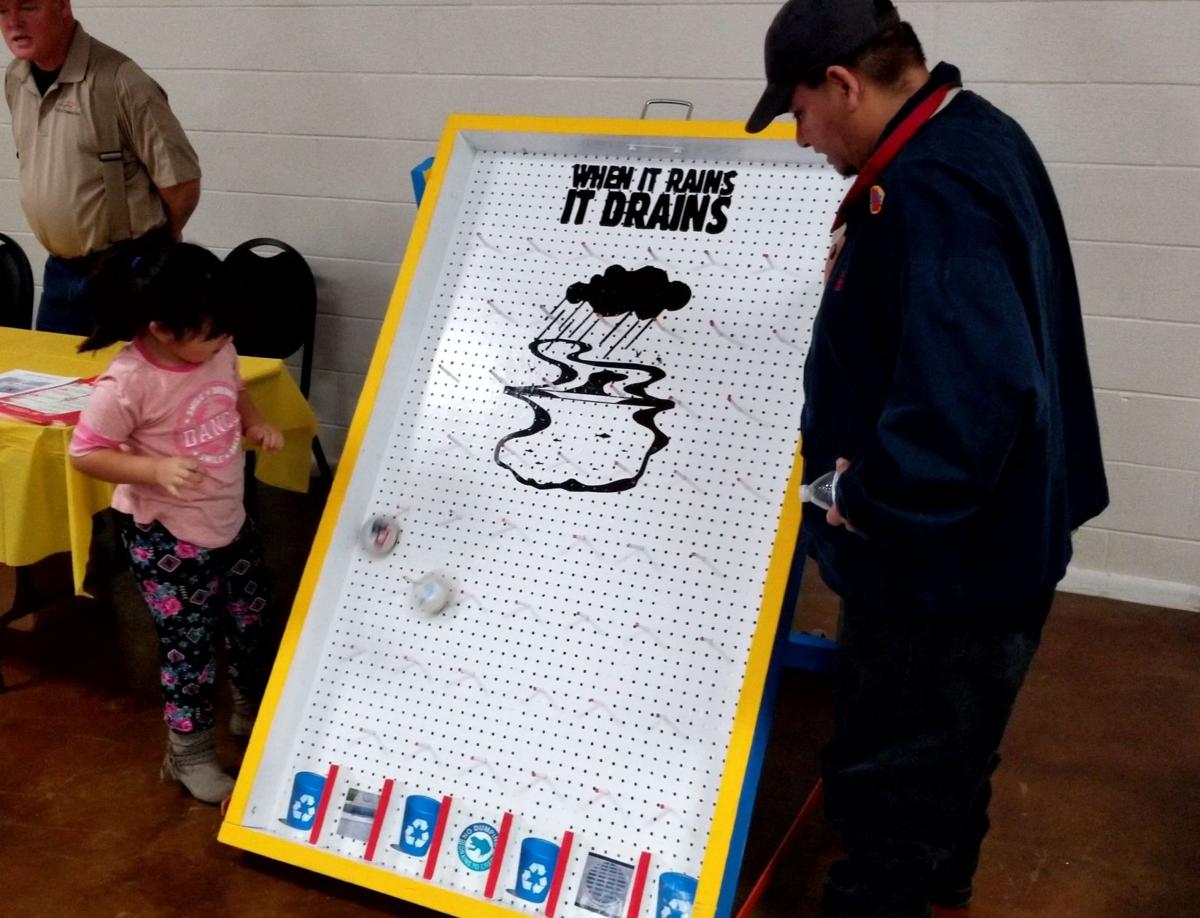 Members of the Five Hills royalty show off their recycled outfits during the Go Red for Women Fashion Show at the Copperas Cove Civic Center on Saturday, Feb. 22, 2020. The fashion show was held as part of the KCCB Spring Eco Fling.

“We did it in 2017,” KCCB Executive Director Roxanne Flores-Achmad said Saturday, “and then there (were) a couple of years that we didn’t do it in between, mainly because of transition (to) new leadership. And so we decided to bring it back.”

Flores-Achmad said the main reasons to bring the event back was to help people learn out to repurpose items so they can be reused, rather than wind up in the trash. Adding the Five Hills Scholarship Pageant’s Go Red for Women Fashion Show to the event made it a “win-win” for both organizations.

Flores-Achmad was happy with the turnout at the Civic Center on Saturday.

“So far we’ve had over 100 people show up, which was actually bigger than what we had last time,” Flores-Achmad said. There were also several changes made.

“With Texas weather, you never know how February is going to be, so we brought it indoors. The other thing we did is, not only (do) we have the educational booths...we also have a wide variety of vendors...which is a great way to get exposure for their business as well,” Flores-Achmad said.

Nearly two dozen vendors accepted the invitation to be part of the event.

Families made the rounds of the various tables on the floor of the Civic Center, taking part in activities as they learned about environmental preservation, did crafts and played games.

Five-year-old Nadia Lara laughed as she and her father played a Plinko-like game at the MS4 Compliance table. Their pucks collided on one side of the board and dropped into the same pocket at the bottom. Jake Lara of Copperas Cove laughed along with his daughter.

“I think it’s really awesome,” he said about the event. Asked what he had learned at the various exhibits, Lara talked about learning to make paper from recycled material as well as using old newspaper to help grow plants.

Much of the audience in the Civic Center took a seat at 11 a.m. to watch the fashion show, which featured members of the Five Hills royalty wearing outfits made from recycled materials. The creative ideas spanned from dresses made entirely of red Solo cups, to an outfit made from plastic Target shopping bags to a cape made from old Doritos bags.

Young Miss Five Hills Angelica Torres oversaw the fashion show as part of her platform of service, which is dedicated to heart health. Torres had a small device implanted in her chest more than a year ago that constantly monitors her heart rhythm.

“I suffer from two heart disorders,” Torres said at the end of the fashion show, describing them to the audience. One, LVHT, often kills young athletes because it often goes undetected until an episode happens, and then it can often be diagnosed as a different problem. “I was the first child in the United States to have the loop heart monitor embedded in my chest, and that has made a big impact, because now the doctors can track my episodes and see how my heart is doing.”

Torres’ fundraising efforts during her year of service enabled her to present a check for $2,168 to the American Heart Association.