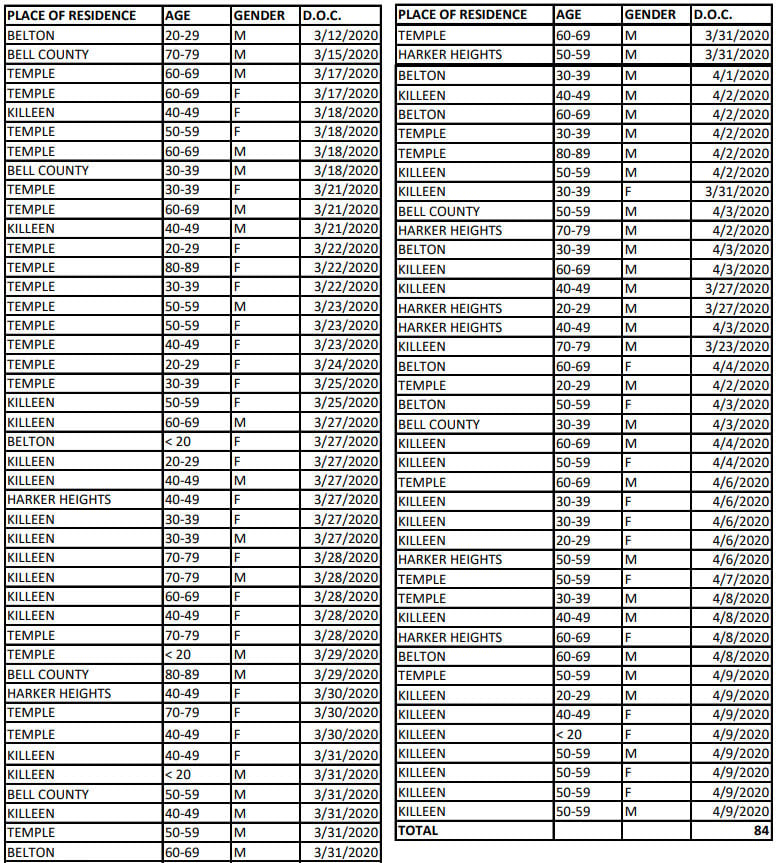 This is the information released Thursday from the Bell County Public Health District. 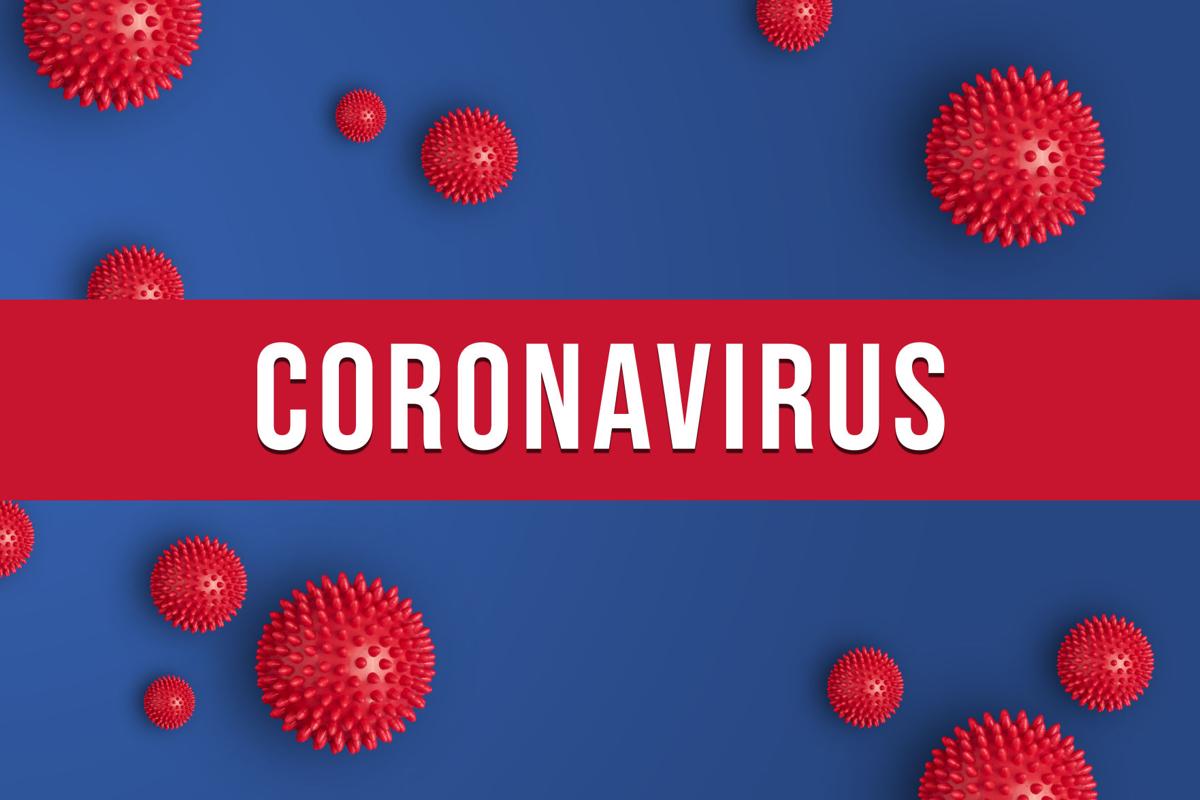 This is the information released Thursday from the Bell County Public Health District.

As Bell County reported its third COVID-19-related death and 10 new cases Thursday, local officials warned that the area is still likely weeks away from a surge, or even a peak, in coronavirus cases.

Bell County now has 84 known infections and 24 people have recovered, so far. Seven of the new infections are from Killeen and one is from Harker Heights.

Coryell County confirmed one more case of the coronavirus on Thursday, bringing the county’s total to 14, according to Robert Harrell, the county’s emergency management coordinator.

Harrell said the newest case was of a woman in her 20s who resides in the Copperas Cove area.

Both cases are of a man and woman who reside together in the Kempner area, Hoyer said.

“Depending on which model you look at, the surge (is) expected in the next two to four weeks,” Ahmad said, explaining that researchers are using forecast models on national, state and local levels to determine when areas might hit their peak COVID-19 cases.

Blackburn addressed his comments from last week about seeing the curve flatten in the county — a statement that, he said, some have interpreted as Bell County being past its peak in infections.

“I think you’ve already heard today that is not the case,” Blackburn said, stressing that social distancing measures and the stay-at-home order are in place to keep the number of hospitalizations low. “That is not what any of the models that I have seen or the models that Dr. Ahmad referred to are indicating.”

The coronavirus pandemic models are simply forecasting possibilities, the county judge said. In an area like Bell County with a relatively low number of COVID-19 cases, the model can wildly change day to day.

Together, they are prepared for any surge that may come, the doctor said.

The Texas Department of State Health Services recently updated its COVID-19 data to include a regional breakdown of hospital information.

Bell County is in an area grouped with Milam, Coryell, Lampasas, Hamilton and Mills counties. Together, the counties have an estimated population of 490,755.

“We are ready for any crisis or surge that comes along,” Ahmad said.

Although local officials still do not know the exact number of tests conducted in Bell County — a question that has been asked for weeks — Blackburn and Robison-Chadwell highlighted two new updates on that front.

The Texas Department of State Health Services, Robison-Chadwell said, will update its COVID-19 dashboard to include a county breakdown of testing. The state reported Thursday that 106,134 tests have been administered in Texas.

“Hopefully, I’ll be able to point you guys to that in relatively short order,” Robison-Chadwell said.

Some local governments — including the cities of Waco and Dallas — have required hospitals in their city limits to report data — including the number of tests, hospital beds and ventilators — to them.

“From my standpoint at this time, I don’t see a need for that type of order,” Bell County’s top elected official said, adding that he frequently talks to area hospitals and has not had issues getting data or information from them. “The working relationship and collaboration so far with all of our health care providers in Bell County have been exceptional.”

No details on deaths

The Bell County Public Health District has not released the age range or residence for the county’s two most recent deaths. One man died Monday and the other died Wednesday, according to the health district.

The health district is essentially allowing families to determine whether it can release that basic information to the public.

Robison-Chadwell said her team has not been able to get in contact with either of the two dead men’s families.

“If we’re able to make contact with the family, I wouldn’t expect more than a few days to go by before we are able to confirm or deny whether we can release information,” the health district director explained. “It’s really going to depend on the ability to reach out to them. … And at least for that second one, that’s proving to be pretty difficult to do so I’ll let you know as soon as I can. We’re trying.”

Bell County’s first COVID-19-related death was a Temple woman in her 80s. She died March 26.