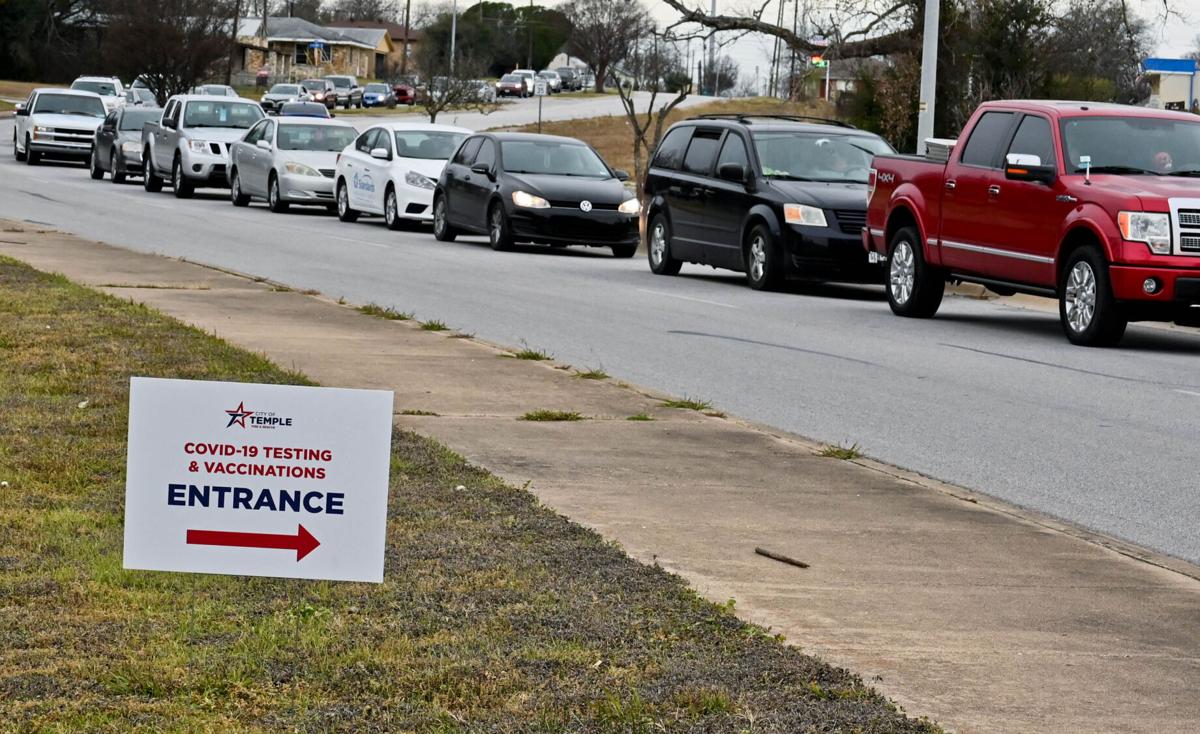 Long lines of vehicles were reported Tuesday as a Temple testing and vaccination site opened at Wilson Park in Temple. 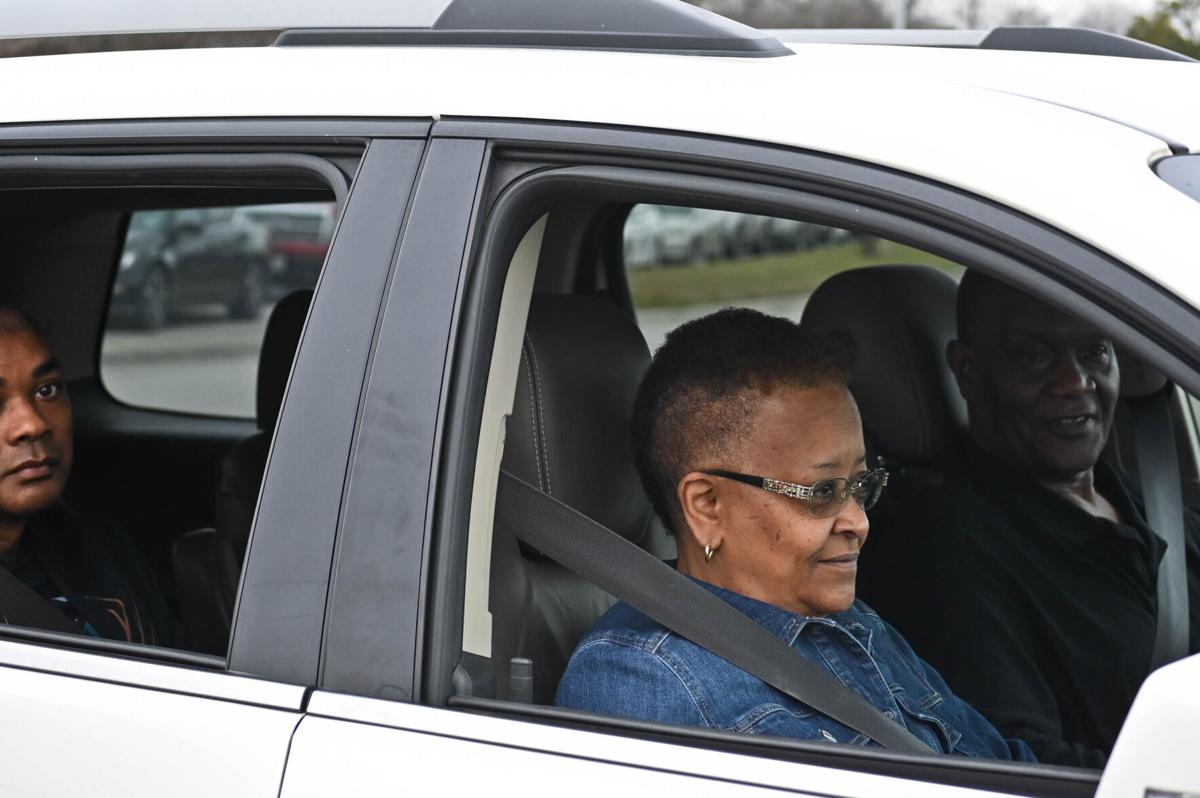 Waymon Marshall and his wife Donna from Temple slowly inched their way along Avenue H and had turned onto 34th St as they and their son Steven waited to get the COVID-19 vaccination on Tuesday January 11, 2022 in Temple.

Long lines of vehicles were reported Tuesday as a Temple testing and vaccination site opened at Wilson Park in Temple.

Waymon Marshall and his wife Donna from Temple slowly inched their way along Avenue H and had turned onto 34th St as they and their son Steven waited to get the COVID-19 vaccination on Tuesday January 11, 2022 in Temple.

Long lines for COVID tests and vaccines continued in Killeen and Temple Tuesday as the number of active coronavirus cases climbed to nearly 3,800.

Waymon and Donna Marshall said they slowly inched their way along Avenue H in Temple and turned into 34th Street as they waited to get the COVID-19 vaccination.

“It has taken about two and a half hours to go two blocks,” Waymon Marshall, a Temple resident, said.

The site is scheduled to run from 10 a.m. to 6 p.m. daily through Saturday.

The demand for testing and vaccinations increased as more than 416 new cases of COVID-19 were reported by the Bell County Public Health District Tuesday for a total of 3,792 active cases. One additional death was reported, bring the total to 760.

The health district’s dashboard showed Trauma Service Area L had 157 of the 1,062 available hospital beds in the area have been taken up by COVID-19 patients. The service area covers Bell, Coryell, Hamilton, Lampasas, Milam, and Mills counties.

Testing and vaccinations will continue at Wilson Park in the south parking lot by the football field and softball complex near South 34th Street and East Avenue H in Temple. Testing is only for individuals 14 and older and vaccines for 12 and up.

Other sites will offer vaccinations. Those are:

Some locations may require appointments or allow walk-ins. Information about the nearest vaccine location can be found by calling 1-800-232-0233.

Milam County Judge Steve Young said Tuesday that a high record of 320 COVID-19 cases was reported in the neighboring county.

“This is 53 more cases than the previous record high of 267 set back in December 2020,” Young said. “We have 125 new confirmed, active cases in the county with 64 discharged cases. Two individuals were hospitalized, and one person is on a ventilator.”

He added that Rockdale had a 61.3% positivity rate, with 68 out of 111 individuals testing positive.

Total cases for Milam County are 2,385 cases with 91 fatalities.

The Buckholts Independent School District in Milam County announced local schools would close for the remainder of the week.

The Buckholts district consists of about 140 students and 30 teachers and staff members. Lund said that due to the small numbers of the district, he could not disclose the number of positive cases in the district without possibly identifying those involved.

Belton Independent School District reported 164 cases of the virus in the district, 46 confirmed and 118 probable.

Belton elementary schools showed 23 cases, with seven at Tarver, three at Miller Heights, three at Chisholm Trail, two at Southwest, two at Pirtle, two at High Point, two at Charter Oak, one at Sparta, and one at Lakewood.

Three confirmed cases were reported in other BISD buildings or departments.

Temple ISD showed 31 confirmed cases of COVID-19 on its dashboard.

The city of Killeen announced today that its current COVID-19 testing product, Celltrion, does not work for ages 13 and younger.