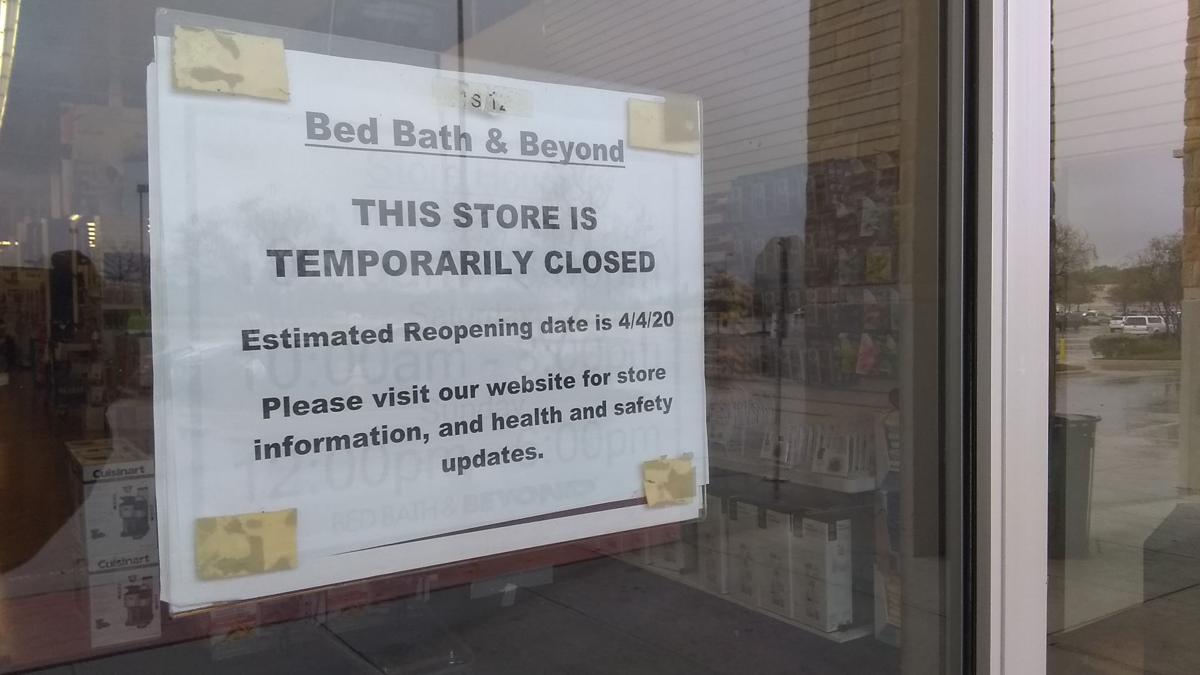 A sign on the door of the Bed Bath & Beyond in Harker Heights informs patrons that the store hopes to reopen April 4. The home furnishing store is one of the many retailers announcing temporary closures nation-wide to help slow the spread of the coronavirus. 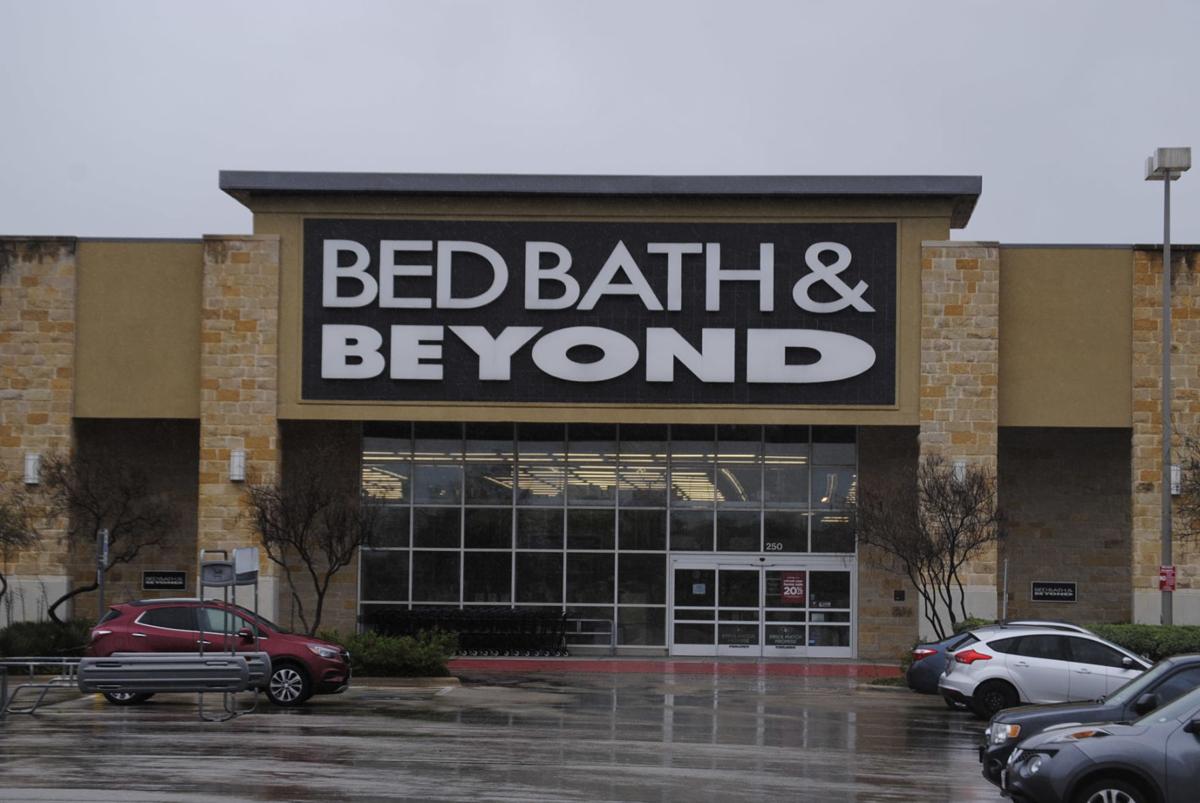 Bed Bath & Beyond in Harker Heights was one of many across the country that is temporarily closed. A sign on the door informs patrons it hopes to reopen April 4.

A sign on the door of the Bed Bath & Beyond in Harker Heights informs patrons that the store hopes to reopen April 4. The home furnishing store is one of the many retailers announcing temporary closures nation-wide to help slow the spread of the coronavirus.

Bed Bath & Beyond in Harker Heights was one of many across the country that is temporarily closed. A sign on the door informs patrons it hopes to reopen April 4.

At some H-E-B stores, the Texas-based grocer announced a partnership with Favor to bring groceries to seniors, which began Friday.

H-E-B said in a news release that the low-cost option gives seniors a personal shopper by phone that can deliver their supplies without the senior leaving home.

“Seniors across Texas, age 60 and older, will be able to place orders with Favor using a curated list of products available from H-E-B,” the release said.

In the release, H-E-B’s chief operating officer Martin Otto, said the announcement comes after hearing from customers “loud and clear,” who were asking the company to provide a safe, healthy way for seniors to obtain groceries.

Seniors can also place orders on Favor’s website or app and searching “H-E-B,” the release said.

Delivery and service fees are waived for 30 days, and all bills will automatically include a $10 tip for the Favor employee, the release said.

Currently, the support line is available for 240 H-E-B locations. Favor services Killeen (including Fort Hood), Copperas Cove and Harker Heights, H-E-B said on Tuesday. In the surrounding areas, Favor is also available in Belton and Temple.

Currently, the service is not available to senior residents in Nolanville, Lampasas or Gatesville, but the company said it plans to quickly expand the service.

At all stores, the hours are now 7 a.m. to 8:30 p.m., the company announced in a news release. Stores that already open after 7 a.m. will keep their same opening time.

“This will further help associates restock the shelves for customers while continuing to clean and sanitize the store,” the release said.

Along with the change in hours, the store also announced that beginning Tuesday, and running through April 28, the store will offer special shopping hours for seniors 60 and older.

The store will open at 6 a.m. every Tuesday through April 28 to allow those seniors an opportunity to shop prior to the store opening to the general public.

The home furnishing store announced Friday that it would temporarily close approximately 800 locations, including the one in Harker Heights, 201 E. Central Texas Expressway in Market Heights.

The company’s president and chief executive officer Mark Tritton said the closures are because those locations do not carry meaningful amounts of necessities such as cleaning supplies, health, wellness and personal care products.

Shoppers can continue to shop online at bedbathandbeyond.com.

“We are replenishing products as quickly as possible to meet the increased demand, but you may experience a longer than normal response time,” Tritton said in the release.

JC Penney, the nationwide department store with a store in the Killeen Mall, announced on its Facebook page on Wednesday that it is closing all of its stores until April 2 as a result of concerns over the coronavirus.

The Killeen Mall is altering their hours of operation to 11 a.m. to 7 p.m. Monday through Saturday, and from noon to 6 p.m. on Sundays, officials said earlier this week.

Kohl’s, 1600 Lowes Blvd., closed Thursday night and will not reopen until at least April 1, according to company.

In a news release, the company’s chief executive officer Michelle Gass said the closures are due to the escalation of the coronavirus outbreak.

Although the storefronts are closed, the company is still taking orders on its website or on the Kohl’s app. Customers can make purchases 24 hours a day and have their items delivered to their home, Gass said in the release.

Do you think the Killeen ISD’s bond election, set for May 2, should be either delayed or canceled in light of the coronavirus crisis?