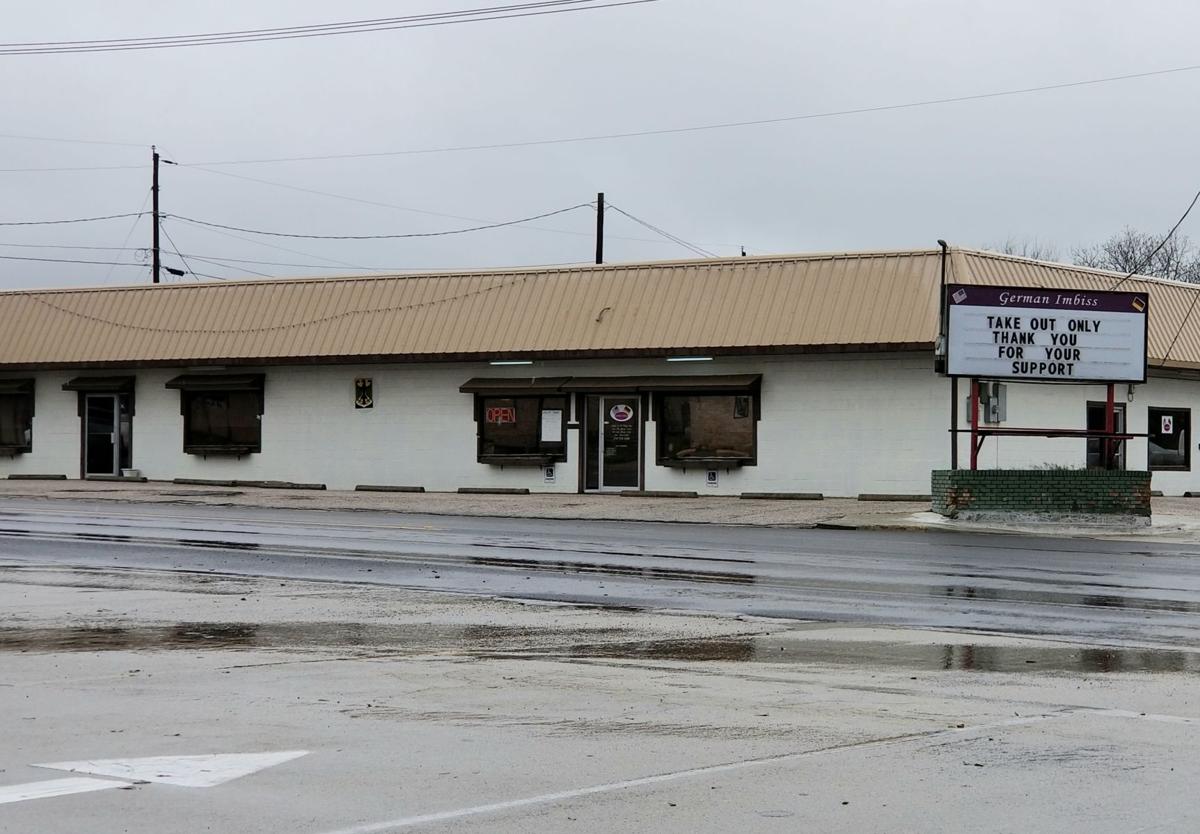 The German Imbiss restaurant in dowtown Copperas Cove waits for pick-up orders after closing their dining room Friday due to the coronavirus emergency. 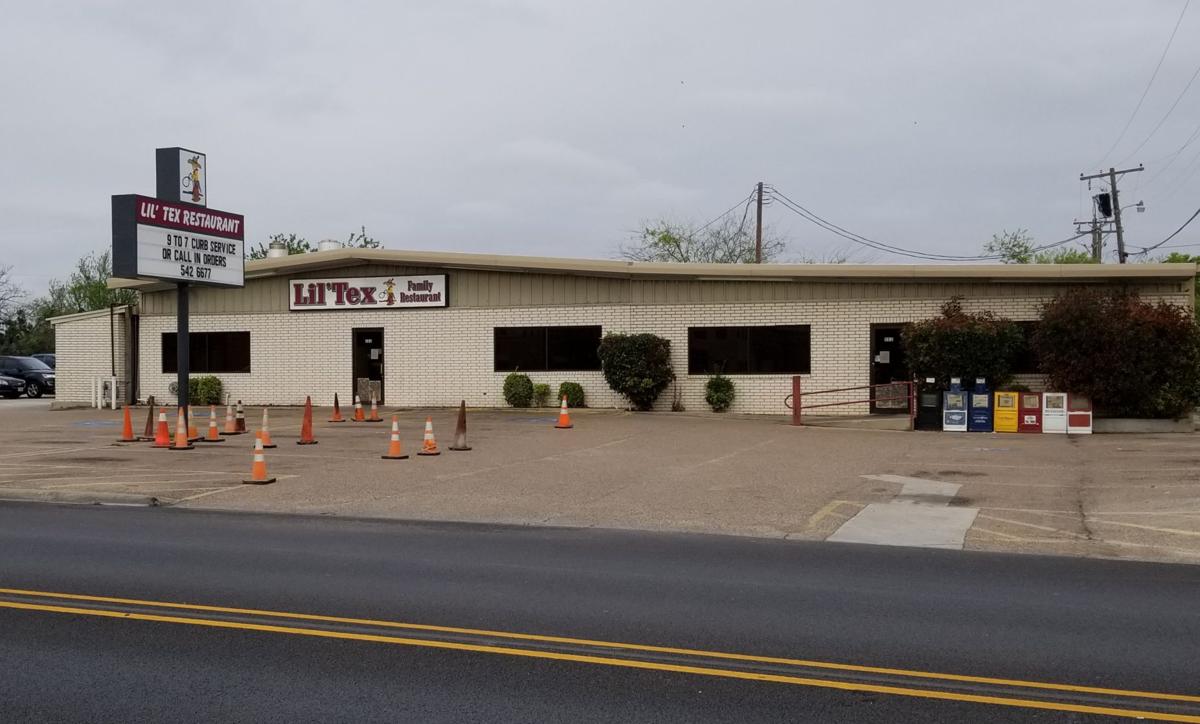 The German Imbiss restaurant in dowtown Copperas Cove waits for pick-up orders after closing their dining room Friday due to the coronavirus emergency.

On Thursday, Texas Gov. Greg Abbott issued an executive order placing even tighter restrictions on how and where Texans can gather in public. As part of the order, Abbott restricted public gatherings to no more than 10 people, ordered the dine-in areas of bars and restaurants to be closed, closed the state’s schools, and stopped visitation at nursing and retirement homes and long-term care facilities.

The order was set to take effect at 11:59 p.m. Friday and will expire at the same time on April 3, but could be extended by the governor if the public health emergency brought on by the coronavirus outbreak does not abate.

Signs posted at restaurants in the Killeen area reflected the new reality for many businesses. “Drive-thru open,” said the outdoor marquee at the Burger King in Copperas Cove. “Stay safe,” it added hopefully at the bottom. “Take out only,” read the sign at the German Imbiss restaurant in downtown Copperas Cove. “Thank you for your support.”

At Lil’ Tex Restaurant in Copperas Cove, the parking lot is usually close to full on a Saturday morning. At 9 a.m. on this Saturday, all that greeted traffic passing on South Main Street were scattered traffic cones waiting for customers to drive-up and place or pick-up orders.

“We’re still doing a little bit of business,” manager Jackie Ossler said Saturday afternoon. “It’s been sporadic, hit-and-miss. And it is our first day, so not everybody knows about it yet.”

“My poor employees,” Ossler said of the first thought that went through her head when she heard about the governor’s order. “Right now, we have designed a 10 hour shift...five hours for the morning and five for the evening. Unfortunately, I don’t need but one dishwasher instead of three.

“We had a meeting and the employees who are financially stable at the moment are willing to give up their hours for employees that are not,” Ossler said.

Those include a young man who is about to add a baby to his family, and another who just purchased her first car and is afraid she won’t be able to make the payments.

“She’s young, she knows what will happen to her credit if she can’t keep it going,” Ossler said.

Right now, what Ossler needs most are answers to questions like how long the restrictions are going to last and if there is any help coming both for the business and for her employees.

If you ask the leaders of local business and economic development organizations about the impact the current emergency will have on the local economy and what they are doing about, the answers are nearly uniform: a) it’s too early to tell, and b) we’re working on it.

The impact of the coronavirus outbreak is already being felt in the Central Texas economy, according to Charley Ayers, director of Industry/Education Partnerships for Workforce Solutions of Central Texas.

“Service industries like food and accommodations are certainly feeling it along with entertainment and recreation venues,” Ayers said Friday. “Unemployment claims increased by 38% from March 10 to (March) 16. We are waiting for new numbers, but, as of the first of the year, the rate was 3.9%. We certainly believe that will change, we are just not sure where we will end up yet.”

Ayres says the numbers may wind up not looking as bad overall because other industries may help balance or at least reduce any rise in the unemployment rate.

“There is great demand in distribution and grocery, so we are not certain on how this will play out,” Ayers said. “We will have to see how the industry sectors balance each other out with the surge in hiring by grocery, distribution, and healthcare while the service and entertainment industries are training to adjust.”

Jonas Titas, executive director of the Copperas Cove Economic Development Corporation, stressed that the impact of the emergency will end at some point.

“We know this will be a temporary issue,” Titas said. “We are just encouraging individuals and businesses to think outside the box on ways to serve customers in this new normal. We are all adapting to it together and all still require the same products and services that we did before all this began.”

Ayers does not believe this crisis will have the impact on the economy that the 2008 mortgage crisis and the accompanying recession did.

“Fortunately, the Central Texas economy has some diversity to it,” Ayers said. “In fiscal 2008, Texas remained largely untouched by the sharp national slowdown caused by the housing-induced mortgage crisis and a freeze in credit markets. Texas added 252,000 jobs that year, ranking first among the states. In contrast, the nation as a whole lost 279,000 jobs over the same period.

“We began to feel it in 2009 and 2010, but by 2011 we were adding jobs again. The highest that unemployment got during that time was 6.7%,” Ayers said. ”Of course, for businesses like restaurants, bars, and gyms, that is not much of a comfort.

For the moment, every government agency and business advocacy group is pointing toward the federal government, specifically, the Small Business Administration.

The COVID-19 outbreak is a qualifying event under the SBA’s Economic Injury Disaster Loan Program. Qualifying businesses can currently apply for up to $2 million in relief under the program. And more aid may be coming.

The U.S. Senate introduced a bill Thursday night called the Coronavirus Aid, Relief, and Economic Security (CARES) Act. Under a major provision of the bill, small businesses could apply for loans of up to $10 million to help pay employees and take care of other expenses. According to the nonprofit Tax Foundation, the loans would be forgiven after four months if the business does not conduct any layoffs. The amount of loan forgiveness drops as the number of layoffs rise.

The bill proposes $300 billion for the program. It has yet to be debated and could be changed before it comes to a vote.

And that’s something that worries people like John Crutchfield, III, who heads both the Killeen Chamber of Commerce and the Killeen Economic Development Corporation.

“The concern about federal emergency assistance is the time it will take to get to those in need,” Crutchfield said. “Depending on how that rolls out, we are talking to local banks about creating a process to provide bridge funding. That may not be necessary if the SBA uses local banks to process aid applications.

“Our focus is on influencing the process to reduce the time it takes for aid to arrive regardless from where it comes. That begins with helping businesses get in line now,” Crutchfield said.

Alicia Menard, president of the Copperas Cove Chamber and Visitors Bureau, said her staff has been handling numerous questions about COVID-19 from members. The chamber’s website is being constantly updated with the latest developments and also has what’s called a coronavirus response toolkit to help businesses and their employees respond to the current emergency. The chamber is also expanding its hours of operation to 8 a.m. to 8 p.m. seven days a week to help those with questions.

The Harker Heights Chamber of Commerce and Visitors Center issued a request Friday for all member businesses to fill out a survey that the organization will use to help those seeking aid. The chamber also encouraged businesses to enroll in the Texas Workforce Commission’s Shared Work program as an alternative to employee layoffs. The Shared Work program allows employers to supplement the lost hours of employees because of a business slowdown with partial unemployment benefits. Hours can be reduced between 10% and 40%.

Everything that’s being done is a work in progress.

“We know we don’t have the perfect response yet as the effects of this crisis continue to unfold,” Titas said, “but are working as hard and quickly as we can to divert and direct resources to those that need them the most or most urgently.”

Cities like Chicago, Illinois, and Denver, Colorado, are setting aside money from their budgets to offer loan and grant assistance to struggling small businesses, as well as to entrepreneurs like musicians and artists who might have no other income during the crisis.

Is it possible that cities like Killeen and Copperas Cove could do the same?

Killeen Mayor Jose Segarra is doubtful such a proposal could happen, noting that Killeen is going to have its own issues with revenue due to the emergency.

“We as a city are expecting to have our own shortfalls because of the trickle effect that this crisis will have,” Segarra said. “We will have to figure out ways to ensure we find ways to continue to provide our citizens with the needed services... given the financial shortage that will come through less sales tax, hotel motel, etc. So like small businesses we will most likely be seeking our own assistance from the State and Federal government when needed.”

For now, it’s a matter of gathering information and then getting it into the hands of those that need it, according to Titas.

“We are creating a packet of information and working on a means to present an overview of programming sometime next week.” “We are still in the process of determining the best means of disseminating that information or workshop, but it will definitely involve a variety of platforms.”

For now, Ossler isn’t laying off any of her employees and has promised them help if they have problems paying a bill during the current emergency. And she hopes customers will help increase drive-up business until things return to normal.

“We absolutely love our customers,” Ossler said, “each and every one of them. They are so dedicated and so loyal. They care for our employees and we appreciate their business each and every day.”