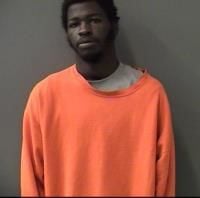 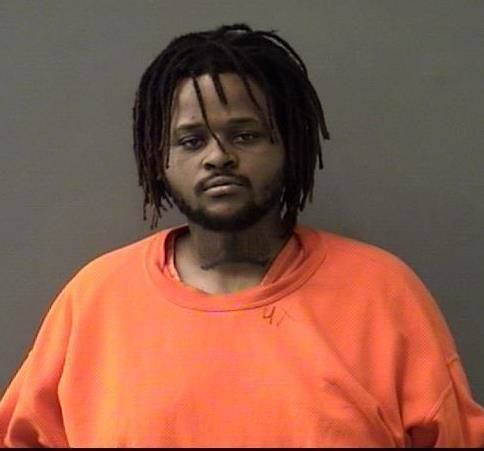 A Killeen man was held in the Bell County Jail on a $500,000 bond after police said he was the second person who robbed a man trying to buy marijuana. The victim ended up with road rash after jumping out of his own car to get away from the two men with guns, police said.

Straughter was in the Bell County Jail on bonds totaling $505,000, on the felony aggravated robbery charge and a misdemeanor charge of assault causing bodily injury to a family member after an alleged domestic violence incident in 2017, according to records.

Police were dispatched to a robbery call and discovered a shirtless man covered in scrapes. He claimed to have been robbed by two men, one with dreadlocks. “The victim was observed to have what appeared to be road rash on his arms, hands, shoulder, legs and knees,” the arrest affidavit states.

The victim said he called a person he knew as “Chris,” who is alleged to be Nash, to buy marijuana and went to a prearranged meeting place, where Nash and Straughter got in the victim’s car and pulled guns on him, according to the affidavit.

“The man sitting behind the victim [Straughter] put the barrel of the handgun he was holding to the victim’s head and asked victim if he was ready to die,” according to the affidavit. The two men asked the victim to drive to his house so they could take his property, police said.

The victim jumped out of his car while it was traveling down the road and was injured with "road rash" all over his body.

A latent palm print revealed the alleged robber in the backseat as Straughter, who also has dreadlocks and matches the physical description given by the victim, police said.

After Straughter was arrested, the victim was shown a photo lineup in which he picked out Nash as the second robber. The victim wrote, “This is the guy that was in my shotgun seat holding a pistol at my gut,” according to the arrest affidavit.

Both Nash and Straughter were in the Bell County Jail as of Monday afternoon.

Also arraigned in unrelated cases were:

Jeremy Sydell Woolsey, 23, on a charge of aggravated assault with a deadly weapon. Woolsey was arraigned by Cooke on Monday and was given a bond of $100,000.

Christopher Lee Baker, 36, on a charge of sexual assault. Baker was arraigned by Justice of the Peace Claudia Brown on Saturday and was given a bond of $75,000.

Robert Alexander Davis, 34, on a charge of burglary of habitation with intent to commit theft. Davis was arraigned by Brown on Friday and received a bond of $40,000.

Emily Hilley-Sierzchula is reporter for the Killeen Daily Herald. Reach her at emilys@kdhnews.com