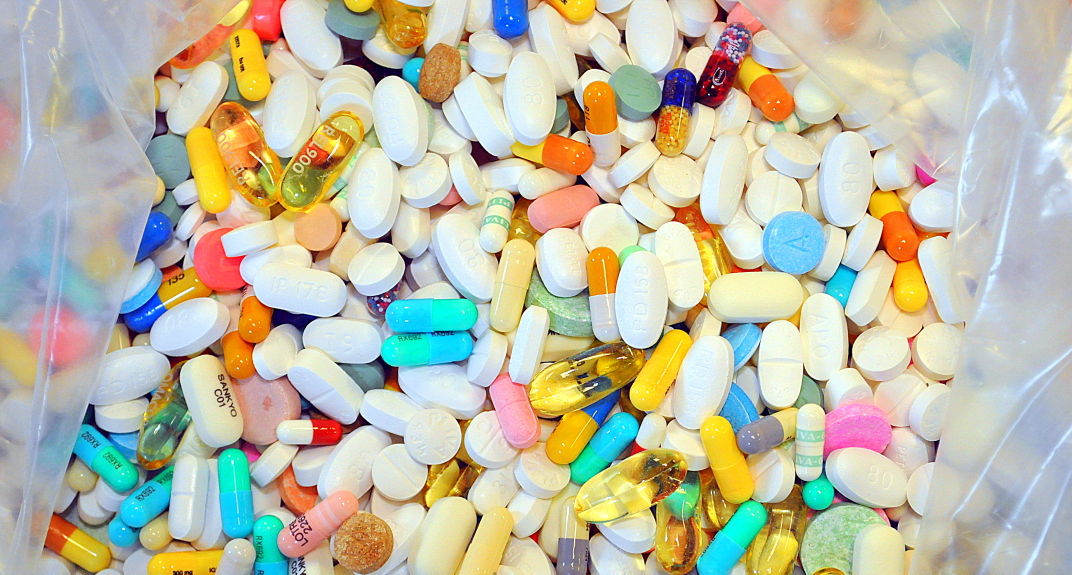 These drugs were dropped off at the Copperas Cove Police Department for proper disposal. Drug overdoses led to 50 deaths in Killeen since 2000. 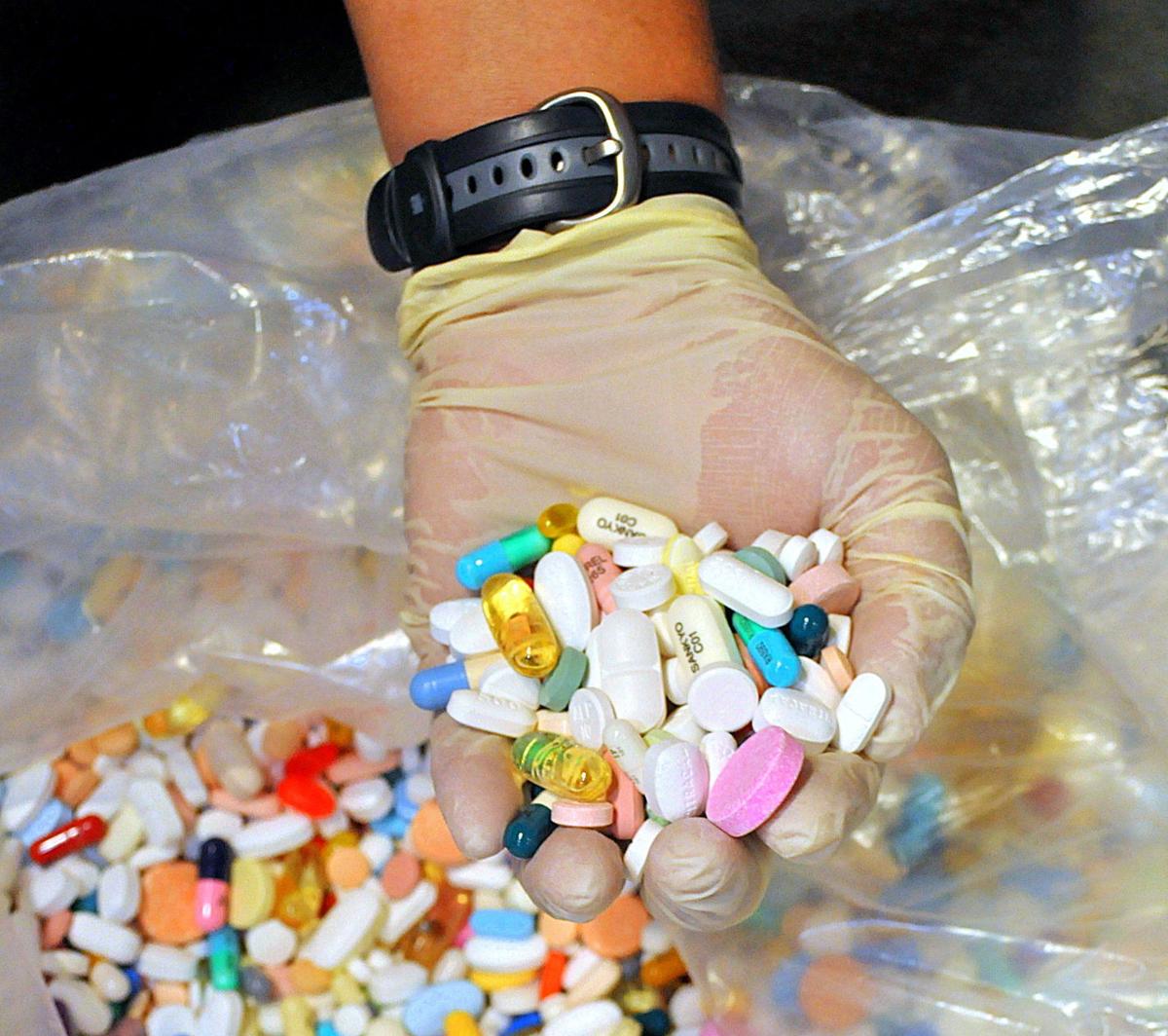 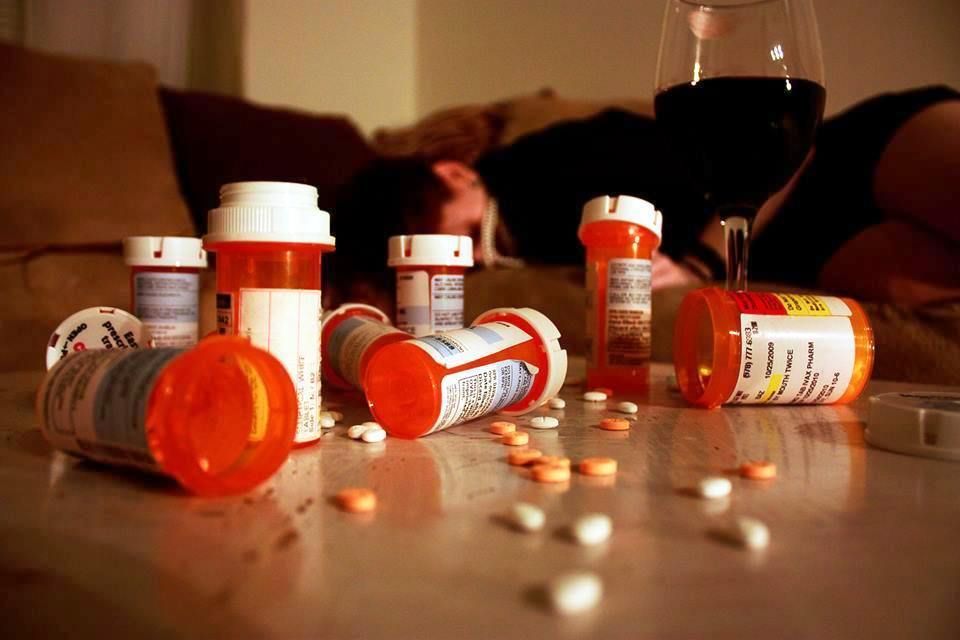 While overdose deaths are rare, Killeen police deal with drug-related incidents — from crack cocaine to prescription drugs — nearly every day.

These drugs were dropped off at the Copperas Cove Police Department for proper disposal. Drug overdoses led to 50 deaths in Killeen since 2000.

While overdose deaths are rare, Killeen police deal with drug-related incidents — from crack cocaine to prescription drugs — nearly every day.

Nearly 11 years ago, Daniel Spry watched his fiancee, Zara Garcia, get into a vehicle with another woman and drive off. She told him she was going to buy cigarettes at a store in downtown Killeen.

“She got into the car and left,” Spry said. “It was the last time I saw her alive.”

Garcia’s body was discovered by Killeen police Nov. 26, 2003, near Eighth Street and North Avenue D. According to a medical examiner’s report, Garcia died of strangulation and suffocation. More than a decade later, the homicide remains unsolved.

While Spry does not know who killed his fiancee, he has little doubt her problems with drug addiction played a role in her death.

“She had an addiction to crack cocaine, and it was pretty serious,” said Spry, 40, who now lives in Kempner. “She started working in the wrong places. She started in with the wrong people. It went on for six months off and on. She’d do it and stay gone for two or three days and we’d have to find her.”

Spry said Garcia knew she needed help, but treatment was tough to find in Killeen. Drugs were not.

“(The possibility of her dying) was always a fear of mine,” he said.

According to the RAIDS online crime tracking website, the Killeen Police Department reported 248 drug- or narcotics-related violations in the city since January. Last year, there were 358 reports of drug violations. Those range from minor violations for possession of small amounts of marijuana or drug paraphernalia, to reports of possession of methamphetamine, cocaine, heroin or prescription drugs. The largest concentration of violations occurred in northwestern Killeen, in an area downtown between Veterans Memorial Boulevard and Rancier Avenue.

The area of Eighth Street and Avenue D where Garcia’s body was found is in the center of that hot zone.

“It was very easy to obtain drugs in Killeen, and she had no trouble getting them,” Spry said.

Today, Killeen police continue to wage a battle against drugs in the city, investigating the possession, delivery and manufacturing of controlled substances. The department has a downtown unit tasked with patrolling the area. KPD also is a member of the Bell County Organized Crime Unit, which works with other area agencies to investigate crimes, such as drug trafficking, countywide.

The most common drugs on the streets include marijuana, cocaine, crack cocaine and methamphetamine, a drug that has made a major impact across the country.

“We are inundated with meth,” Killeen Sgt. Eric Bradley told a group of residents enrolled in the department’s Citizen’s Police Academy earlier this year. “It’s not just being made in Killeen, but it’s also coming up from Mexico.”

Methamphetamine is highly addictive and extremely expensive to clean up due to the toxic and potential explosive chemicals used to make it. Bradley estimated it costs more than $25,000 to properly clear and destroy a meth lab in accordance with federal Environmental Protection Agency guidelines.

Bradley also said heroin is a continuing problem in the city.

“A lot of the heroin we see in Killeen is still coming from Afghanistan,” he said. “Heroin is back in Killeen in a big way.”

Punishments for drug crimes in Texas vary depending on the substance and amount. Possession of marijuana, for example, can be a misdemeanor if it is less than 2 ounces. Felony possession for large amounts could send a person to prison for life.

The growing concern over methamphetamine paved the way for harsher punishments. Under Texas law, possession of less than 1 gram of meth is considered a felony, and is punishable by up to two years in prison. In addition, there is a 15- to 20-year mandatory minimum sentence if a child was present around the manufacturing of a controlled substance.

Previous drug convictions can lead to enhanced sentences. “I’d say more than half of the violations we see are (repeat offenders),” Bradley said Friday.

But the impact of drugs on a community extends beyond the violations. According to KPD, drug-related crimes include robberies, assaults, thefts and even murder.

“The other crime you see is what they are willing to do to get or buy drugs,” Bradley said. “You see a lot of addicts breaking into cars or houses. We’ve also seen robberies as well.”

In Texas, offenders with substance-abuse problems can get sober while incarcerated. If a judge allows, they can attend substance-abuse felony punishment facilities, which offer offenders the chance to recover from their addictions to alcohol and drugs while they serve their sentences.

A recovering alcoholic, Spry said Garcia’s death sent him spiraling into relapse. He ended up in prison on DWI charges. At a substance-abuse facility, he was able to get sober. But sobriety didn’t last long.

“When I got out, it felt like there was no support center there,” Spry said. “The halfway house I was placed (at), in Waco, was near a crack house, and across the street from a liquor store.”

He ended up going back to prison for five years. Since then, Spry said he’s stayed clean with help from a local faith-based program, his family and his church.

But in some cases, recovery from drug problems is impossible.

No one knows this better than Bell County Justice of the Peace Bill Cooke.

One of two justices of the peace who cover a portion of Bell County that includes Killeen, Harker Heights and Nolanville, Cooke pronounces people dead.

“If there’s even a small suspicion that there might be drug activity at a death, I order an autopsy,” said Cooke, who has been called out to more than 2,200 death scenes since he was elected in 1996.

Cooke said the number of overdose deaths he sees are relatively small. In 2013, only two of 118 deaths were drug related. In both cases, the deaths were from accidental overdoses of prescription medication.

But this year, that number could increase. Out of 182 deaths this year, Cooke said two were confirmed as drug related. Another four are pending results from a medical examiner in Dallas.

“That’s potentially six this year, which would be an increase from 2013,” Cooke said.

The confirmed deaths this year include one attributed to a mix of heroin and methamphetamine. The other was from the combined effects of morphine and hydrocodone.

Determining the total number of drug overdoses in Bell County is difficult. The Texas Department of State Health Services data showed Killeen tops the list of deaths in the county by accidental poisoning or exposure to noxious substances, with 50 such fatalities between 2000 and 2013. Temple followed with 40. However, the state does not separate deaths due to drug abuse from accidental overdose, including when the wrong prescription drug is given or taken.

While it may be difficult to quantify exactly how much impact drug abuse has on local residents, people like Spry don’t need data to know it can be high.

Now clean, Spry has a new fiancee who works with victims of substance abuse. He said he hopes his experience before and after Garcia’s death will be a warning to others about the dangers of addiction, and a message of hope for those seeking help.

“I’m thankful that I had my family to back me up. My fiancee keeps me strong,” he said. “You have to find the people who really care about you.”

How to get help

What: Central Texas Council on Alcoholism and Drug Abuse

*Note: 2013 data are provisional and subject to change.

Note: The data does not separate deaths due to drug abuse (addiction, overdose) from all other accidental poisonings by drugs, and includes deaths from accidental overdose, wrong drug given, wrong drug taken, taken in error or inadvertently.

Cocaine: Minimum penalties could be two years in prison and $10,000 fine, to a maximum of life imprisonment for possession of 400 grams or more.

Heroin: Minimum penalties could be up to two years in prison and $10,000 fine for less than 1 gram, to a maximum of 99 years or life for possession of 400 grams or more.

Methamphetamine: Minimum penalties could be up to two years in jail and $10,000 fine for less than 1 gram, to a maximum of 99 years or life in prison for possession of 400 grams or more.

Unlawful prescription drug possession: Prescription drug possession penalties vary depending on the type of drug and amount. For schedule 3 drugs, such as Valium, Xanex, Ritalin and hydrocodone, penalties can range from two to 10 years in prison for 28 to 200 grams. For schedule 1 drugs, such as oxycodone and hydrocodone, punishments can be as high as 10 to 99 years in prison for 400 grams or more.

NOTE: Sentences can be enhanced for most drug charges if the individual was convicted of a prior felony.