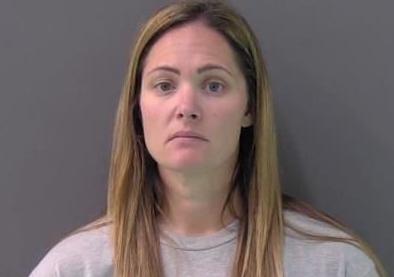 BELTON — A custody hearing in a civil courtroom this week included a preview of the upcoming criminal trial of a former Killeen Police Department officer accused of leaving finger bruises on one of her stepsons.

The trial for Sarah Hydorn had been set for Dec. 9 in the 264th Judicial District Court. She was indicted June 12 on a felony charge of injury to a child after an allegation of abuse was made March 1. She resigned from the police department July 15.

At a hearing June 19, Judge Robert Stem said the two children should stay with their father and stepmother, Erik and Sarah Hydorn, but that visitation should be arranged so the children’s mother, Leah Cantu, could see them. Cantu does not live in Bell County.

On Thursday, after a two-hour hearing, Stem solidified some details in his previous ruling that the children will remain in the Hydorn’s custody.

“I truly want to get something started today, and I’m concerned that nothing has happened,” Stem said.

Erik Hydorn said his two boys “have been making great progress” since living with him and Sarah Hydorn. “They seem happier and less stressed.”

Hydorn said that he and Cantu have not been able to come to an agreement on a neutral third-party to supervise Cantu’s visitations and that she has not seen her children since the hearing in June.

Cantu’s attorney said his client has made attempts to arrange visitation.

“It takes an Act of Congress to get Mr. Hydorn to understand that these children deserve a relationship with their children’s mother, who is not Mrs. Hydorn,” said Michael White, to the judge, toward the end of the hearing.

White called detective Sgt. Christopher Hinckley of the Harker Heights Police Department to the stand. He was the lead investigator on the criminal case against Sarah Hydorn.

Hinckley said both children told a similar story during an initial forensic interview at the Children’s Advocacy Center, but after 12 hours in the Hydorn’s custody, the boys recanted their allegation during an interview with Child Protective Services.

Coaching “is a huge concern,” Hinckley said, which is why he said he conducted a thorough investigation into the alleged incident.

The detective interviewed both Sarah and Erik Hydorn and Leah Cantu, among others.

“Mrs. Hydorn said it never happened, she never touched him, and that the marks on the boy were eczema,” he said.

Hinckley said the photos depicted “fingermark bruising (from being) grabbed.”

Stem gestured to the two banker’s boxes on his side table, filled with paperwork from around 9 years of litigation between the two parties.

“It’s quite extraordinary” that the previous judge ordered visitation exchanges to be made at a police station, and recorded, Stem said.

“I really want these children to have a meaningful relationship with both parents, and these files are full of accusations all over the place,” the judge said. “There’s a lot of hostility here.”

The court will set a date for the next status hearing on the case.

BELTON — A former Killeen Police Department officer accused of abusing her stepson will wait five months before facing a jury.