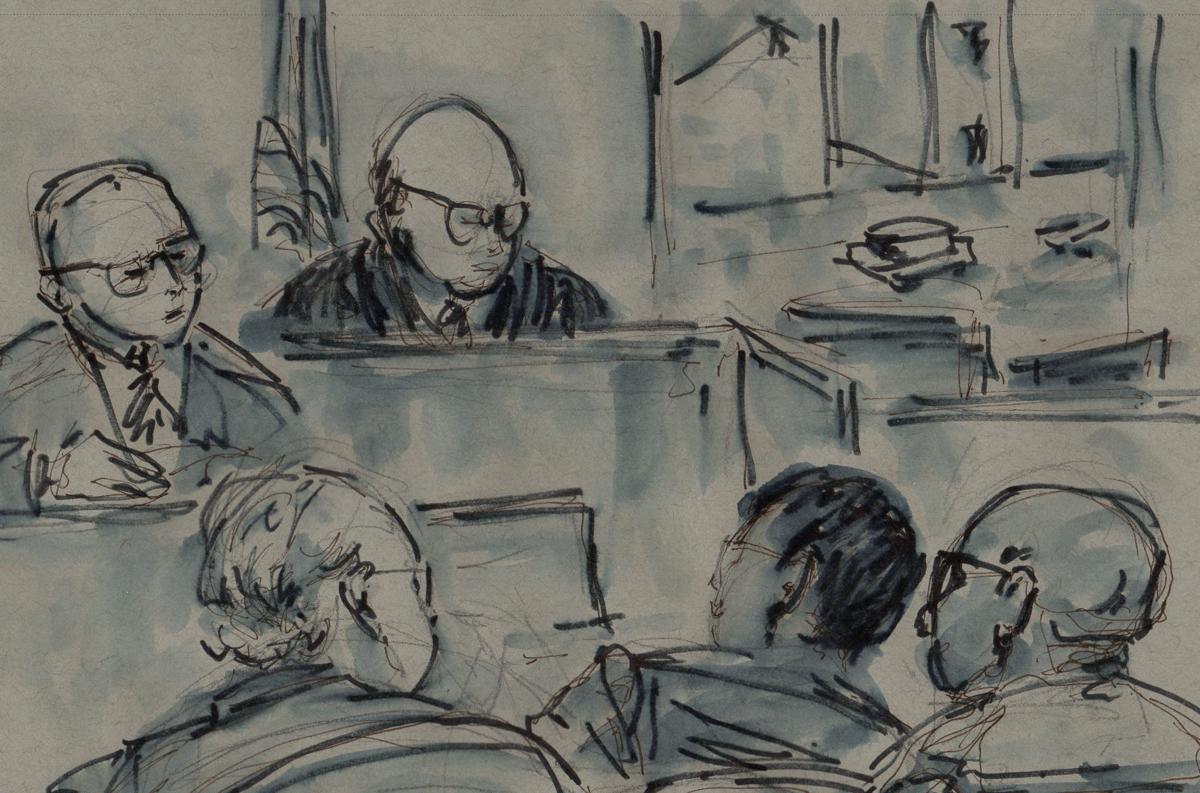 In this courtroom sketch, Marvin Guy is shouldered by his attorneys Thursday in front of Judge John Gauntt. 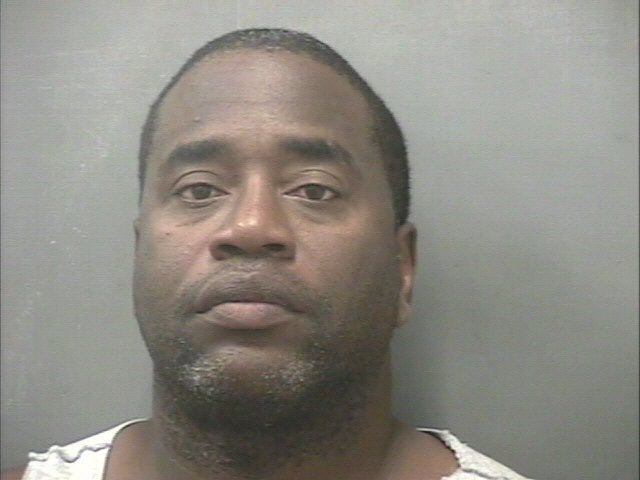 In this courtroom sketch, Marvin Guy is shouldered by his attorneys Thursday in front of Judge John Gauntt.

BELTON — Two law enforcement witnesses were called on Thursday in the 27th Judicial District Court, as lawyers for a man accused of killing a Killeen police officer tried to get several search warrants suppressed before trial.

He is accused of shooting Charles “Chuck” Dinwiddie on May 9, 2014, when officers tried to serve a no-knock warrant at Guy’s home on Circle M Drive in Killeen.

Dinwiddie, a respected detective with the department, died in a hospital two days later.

Carlos Garcia, Guy’s lead defense attorney, attempted to show that the search and arrest warrants used before and after the raid lacked probable cause.

After hearing arguments and testimony from a witness, Judge John Gauntt denied the defense motion to dismiss the search warrant created by the Bell County Organized Crime Unit on May 8, 2014.

The unit had been investigating Guy since around March, according to courtroom testimony from John Moseley, an officer with the Harker Heights Police Department. He wrote the warrant using information gained from a confidential informant, according to court testimony.

“The information was that someone named ‘G’ sold cocaine and marijuana out of a blue Crown Victoria, but did you independently corroborate that?” Garcia asked Moseley.

Although he said he never witnessed a hand-to-hand transaction between the informant and Guy, Moseley said he made personal observations that led him to believe narcotics activity was taking place in the parking lot and in the car.

“There was a lot of foot traffic in that neighborhood but there was more than a normal volume of traffic near Mr. Guy’s residence,” Moseley said.

Garcia questioned why Guy’s apartment, on the first floor of a fourplex, was included within the search warrant.

Within 48 hours prior to the raid, a confidential informant had seen drugs in Guy’s possession, and had reported seeing scales and bags inside the apartment, according to Moseley’s references to the warrant.

To establish probable cause, “I used the three buys made by the confidential informant and my personal observations of Guy going back and forth to the apartment and the car,” Moseley said.

A second law enforcement witness was called to the stand late in the afternoon.

Lt. Frank Plowick, operations lieutenant for the Killeen Police Department’s criminal investigative division, answered questions about the search warrant he created on May 9, 2014. That warrant, created after the shooting, included the home and car and incorporated Moseley’s earlier warrant.

Plowick said he wrote the search warrant based on conversations with detectives and officers at the scene.

“I just knew that our tactical response unit had been fired upon and Guy and Shirley Whittington were the only people found,” Plowick said. “They said (police) were dressed in police attire and yelling, ‘police!’ and ‘search warrant!’ before and during their approach.”

The next step before a trial can begin is sending out jury questionnaires before an anticipated trial date in March, according to previous courtroom discussions.

BELTON — The twelve black chairs in the jury box sat empty in the 27th Judicial District Court on Wednesday morning, but during a pre-trial he…