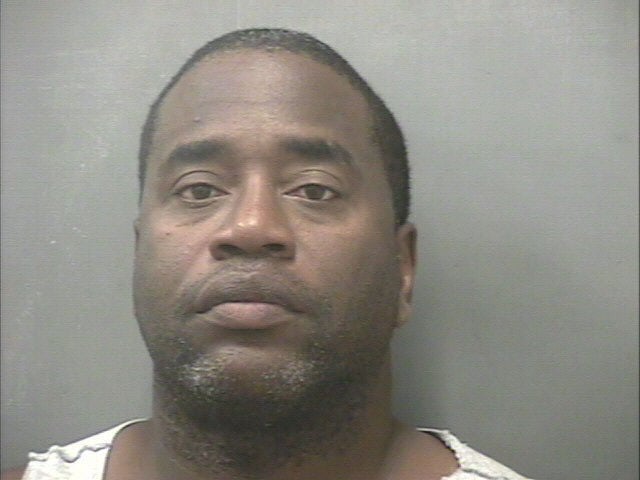 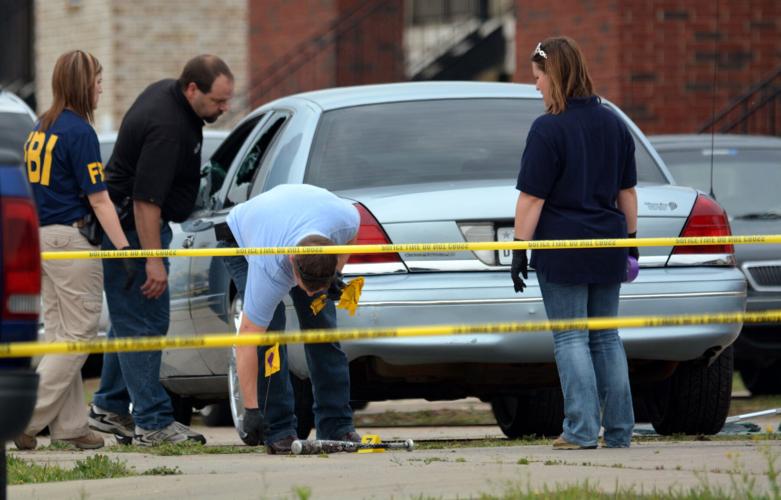 An investigator places an evidence marker near a bat on Circle M Drive in Killeen as FBI agents watch. Killeen police officers were shot, one fatally, while serving search warrants Friday May 9, 2014.

The Bell County District Attorney’s Office decided to waive the death penalty as a possible punishment for a man accused of shooting and killing a Killeen police officer during a no-knock raid more than eight years ago.

Back in September of 2014, the DA’s Office announced that it would seek the most severe punishment for Marvin Louis Guy, according to a Herald story published online on Sept. 4, 2014.

Last week, on Sept. 9, the state filed a motion to waive the death penalty in this case. Now, if convicted of capital murder, Guy would be sentenced to life in prison.

Guy, 57, was booked into jail on May 10, 2014. He was being held on Wednesday in lieu of bonds totaling $4 million on four capital felony charges, including capital murder of a peace officer.

He is accused of shooting KPD SWAT Detective Charles “Chuck” Dinwiddie, and other officers, during a 5 a.m. no-knock raid on Guy’s residence on Circle M Drive on May 9, 2014.

Guy, who has been in in prison for eight years awaiting trial, has claimed self-defense, saying that he did not know it was police entering his residence.

COULD GUY’S CASE GO TO TRIAL NEXT YEAR?

According to discussions in the 27th Judicial District Court on Wednesday, the case could be in front of a jury by 2023, although a trial date has not been set.

“Let’s get this case tried,” said Assistant District Attorney Fred Burns, during the remote hearing on Wednesday. “This case is eight years, four months old, so this is the oldest and highest-priority of all our cases ... Because the death penalty no longer applies, I think a trial would take around two weeks.”

Burns suggested a trial date in the month of February next year; however, one of Guy’s defense attorneys said that the team likely would not be ready by that time.

“Now that the death penalty is off the table, we’ll be prepared to try the case,” said defense attorney Joseph Caleb. “The only issue is making sure that we can line up our expert witnesses and have them available for trial, and the schedules of counsel. It’s realistic for the state, but not for Mr. Guy’s defense team.”

Caleb is based in Washington, D.C., and neither of the other two attorneys — Leslie Booker and Justin Moore — are based in Bell County. Booker’s office is in Round Rock and Moore’s is in Dallas. Another status hearing was set for Oct. 13.

Marvin Guy attorney estimates trial date will be next fall