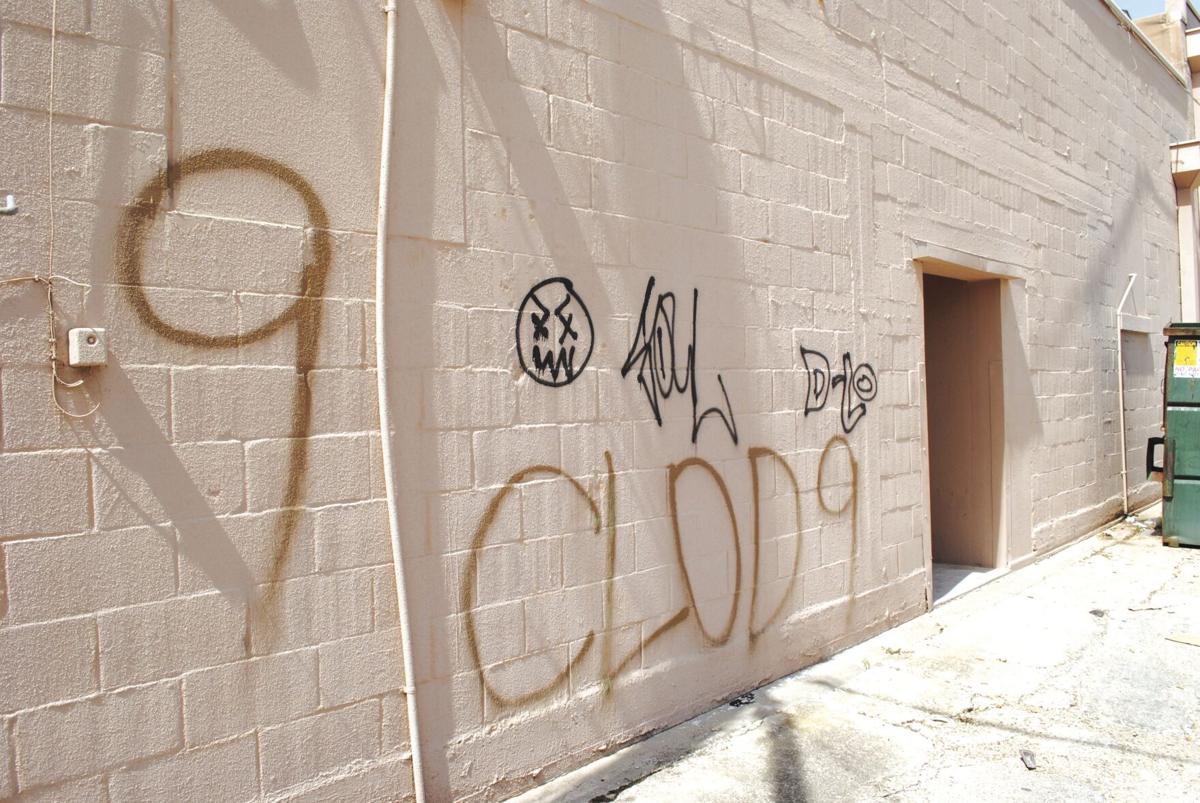 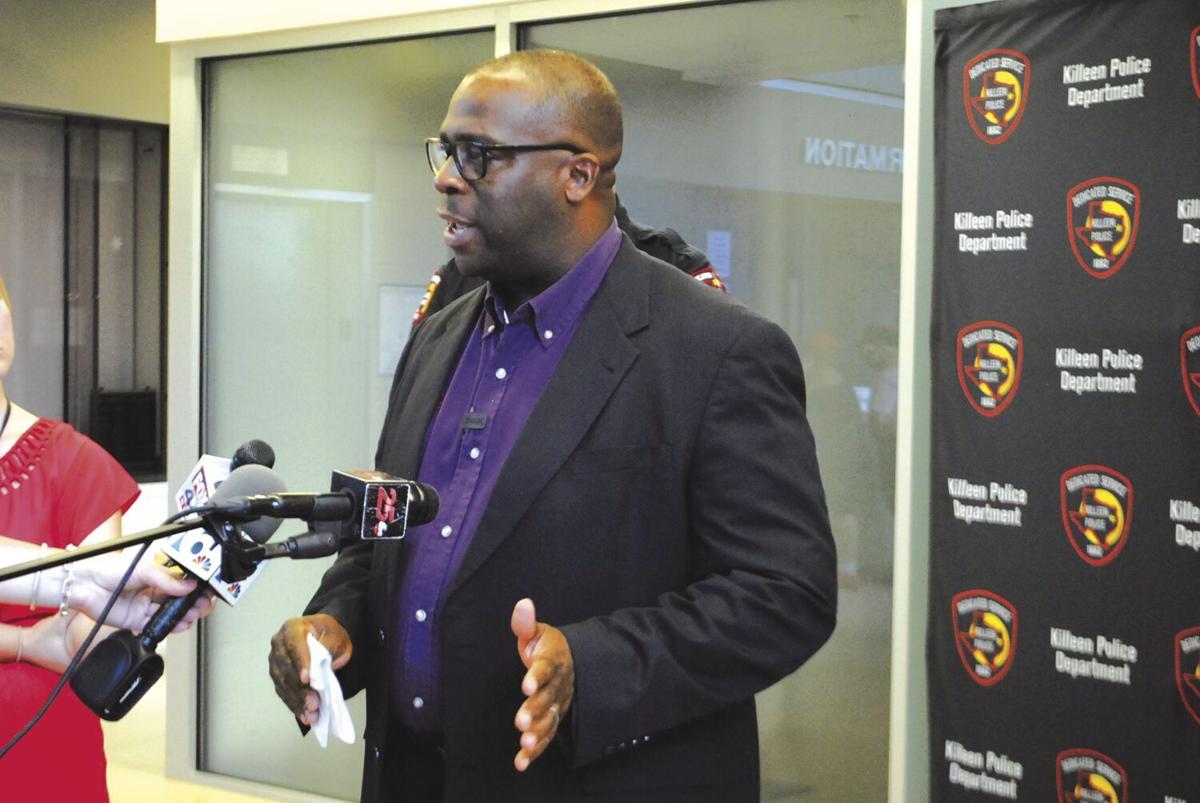 An old adage among police says that crime doesn’t stop at a city limits sign. When it comes to tackling Killeen’s escalating gang violence, police at the local and state levels are working hard at working together for one reason: no neighborhood is out of reach of gang-related crime.

“We see criminal activity from gangs in most areas of the city,” said Killeen Police Department Sgt. Neal Holtzclaw, who spoke with the Herald last week about rising gang violence in the wake of three gang-related homicides this month. “It’s not necessarily concentrated in any given area. Some of these kids who are in gangs come from affluent households, so that leads to activity in areas where it’s not as expected. With social media, these groups can find each other anywhere and cause violence if they want to.”

An increase in gang-related crime among the city’s teenagers has been occurring in recent years, according to Holtzclaw.

“Our goal is to intervene with these kids at an early age,” he said.

He has encountered children as young as 13 or 14 who are involved with gangs, but he said the typical age range for gang members in Killeen is 15 to 24 years old.

“Although there are older people in gangs, what often happens is that by their mid-20s they are either in prison or have become victims themselves,” Holtzclaw said.

With a life of violence and uncertainty, why would someone join a gang?

“Kids are seeing this gang culture on social media, but they don’t see the long-term consequences of that behavior; it’s presented as a glorious lifestyle,” Holtzclaw said. “In other cases, these kids have older siblings or parents who are involved with gangs.”

Regardless of their socioeconomic background, Holtzclaw has noticed one aspect in common among gang members.

“They often come from households where there is a lack of consistency and discipline,” he said. “Fifteen-year-olds shouldn’t be running around the streets at 2 a.m.”

Fewer than 100 people call themselves members of one of Killeen’s three main street gangs: Young Paper Chasers, K-Town Mafia and the Stretch Gang. Detectives who are investigating the three Killeen homicides that occurred between Sept. 5 and Sept. 7 said that those gangs are the common denominator.

“These gangs start when a group of kids get together and form cliques, and then give themselves a name,” Holtzclaw said. “They start hanging out in certain territories. The high schools are used to define these zones, whether it’s Shoemaker, Ellison or Killeen High School. Territorial disputes happen when one group decides they’re the biggest and ‘baddest.’”

Police see gang involvement in many types of crimes, often starting with property crimes like burglary and stealing cars.

“It will start escalating into violence,” he said. “It might start with a fist fight at school and then later, more violent acts likely will be committed with weapons.”

According to the Texas Department of Public Safety, the Young Paper Chasers, K-Town Mafia and the Stretch Gang are unique to Killeen.

“When will we say, as a city, as a community, that enough is enough?” he said.

“These murders are related to the hybrid gangs YPC, KTM, and Stretch,” Kimble said, referring to the local gangs.

Young Paper Chasers and K-Town Mafia were also named by Kimble in January when he held another news conference denouncing a rash of gang shootings that shook Killeen at the end of last year.

What are police doing?

KPD does not have a designated “gang task force,” but collaboration occurs at a local level among the members of KPD’s Organized Crime and Violent Crimes Units and the Bell County Organized Crime Unit.

It varies, but at any given time there could be 15 to 20 KPD detectives working on gang-related investigations.

“That’s not including the patrol officers on the streets who are working on gang activity,” Holtzclaw said.

KPD also works with law enforcement agencies outside the county,

“DPS’s Criminal Investigations Division is actively partnering with local law enforcement agencies across the state to combat gang violence through a variety of means, including joint enforcement operations, the sharing of intelligence and providing analytical support,” Miller said. “KPD is a valued partner in this effort and DPS has previously collaborated on violent crime task forces, the sharing of intelligence, providing analytical support and additional resources on request.”

“We all work together with a lot of different agencies to combat gang activity,” Holtzclaw said.

To muddy the waters, the names of the gangs change often through the years and they might form alliances that can turn on a dime.

“We might see the same person claiming membership of several cliques or gangs,” Holtzclaw said. “It’s not like the traditional Bloods and Crips.”

The organization in the three main Killeen gangs also is not defined, creating another hurdle for police.

“There is a very loose hierarchy, which means that the unknowns often outweigh the knowns,” Holtzclaw said. “There’s often more than one person ‘calling the shots.’”

Police rely on information from members of the community to overcome such challenges.

“We always say, ‘If you see something, say something,’” Holtzclaw said.

Bell County Crime Stoppers may be contacted via its Facebook page at https://www.facebook.com/BellCountyCrimeStoppers, or by calling 254-526-8477.

With 3 homicides last week, street gangs in Killeen are increasingly problematic in the city

A gang task force would allow the KPD to focus on the problem and allow the other officers to the jobs they were hired to do.

Killeen has big city problems and kpd needs to be like the other big cities. No wonder crimes do not get solved.

City council should have invested more of that free money into the KPD.

The fact that kids come from many well to do families is nothing new. Sadly many of those families are connected to the city, big well known non profits, churches and so on should send shivers down your spine.

Most of the gang members know they will never see much time if any at all, because mom, dad, auntie and so on are buddies with so and so.

If Killeen invest in a gang task force and hires from outside the city, they would have a better chance at removing the gangs and those aid them, and it will stop those that call in favors to cut deals for gang members.

Enough is enough is right.

I hope this next election those that run for office will send the message gang are not welcome and gang members have 1 day to get out of Killeen.

These gangs and thier families have not just taken our schools, they are invading city jobs, hospital jobs and so. I guess that what happens when you get free education from jail, and good citizens have to pay for thier own education.